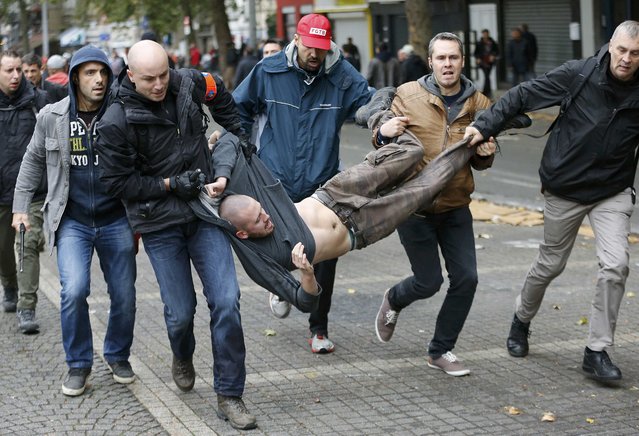 A demonstrator is carried away by plain-clothes police during a march against government reforms and cost-cutting measures in Brussels , October 7, 2015. (Photo by Francois Lenoir/Reuters)
Details
10 Oct 2015 07:59:00,post received 0 comments
Fact Hospital in Haiti 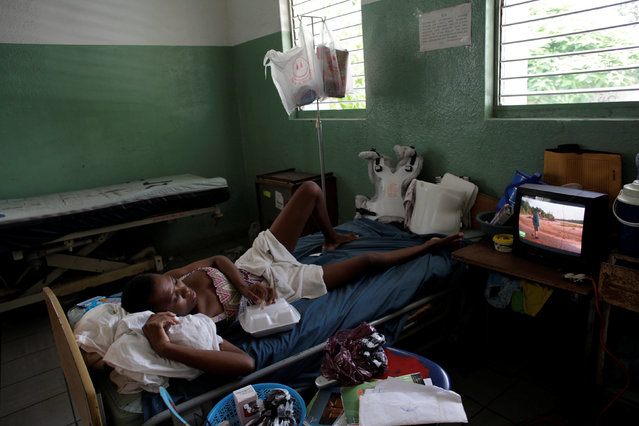 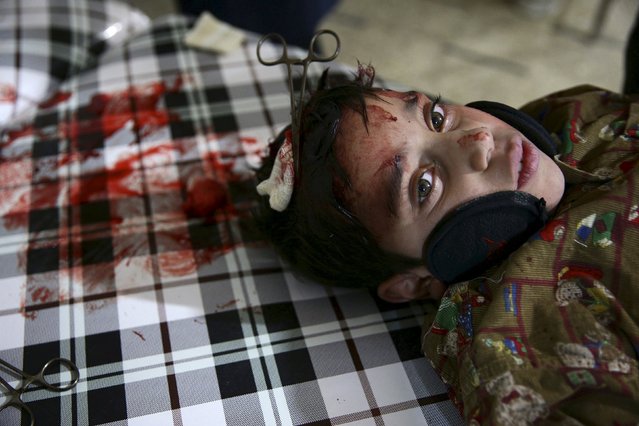 An injured boy who is undergoing surgery, after he was injured in what activists said was an airstrike by forces loyal to Syria's president Bashar al-Assad, rests inside a field hospital in the Douma neighborhood of Damascus, Syria December 5, 2015. Douma in Syria, an area controlled by rebels fighting to topple President Bashar al-Assad, has been shelled continuously for the past three years. The injured are taken to basements and shelters transformed into field hospitals run by medical staff who have stayed in the battered neighbourhood of Damascus. (Photo by Bassam Khabieh/Reuters)
Details
19 Dec 2015 08:06:00,post received 0 comments
Fact Binche Carnival in Belgium 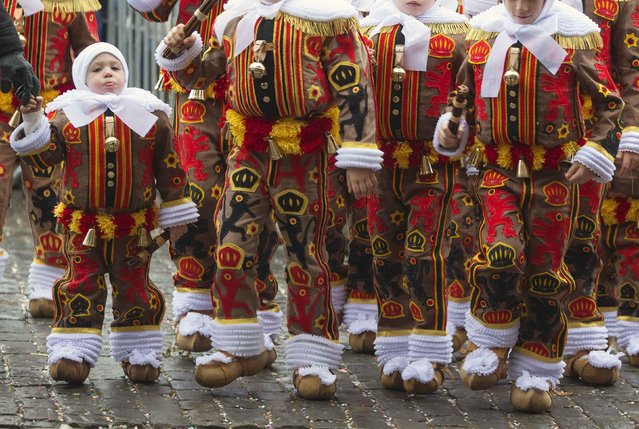 Hugo Belleri (L), a three-year-old boy and the youngest Gilles of Binche, takes part in the parade of Young Gilles of Binche during the carnival event in Binche February 17, 2015. The Binche carnival, a UNESCO World Heritage event, is the biggest and the liveliest annual event in Belgium. Up to 1,000 Gilles parade in the city centre of Binche, wearing a red, yellow and black medieval costume hung with bells and decorated with fluffy lace at the neck, wrists and ankles. (Photo by Yves Herman/Reuters)
Details
18 Feb 2015 12:32:00,post received 0 comments
Fact Blessing Ceremony for Animals in Belgium 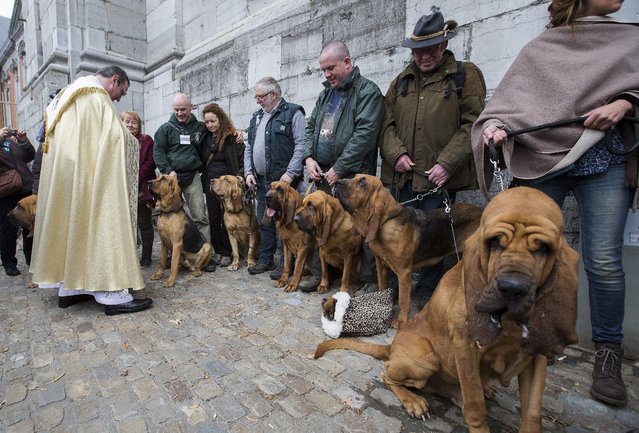 Belgian priest Philippe Goosse (L) blesses Bloodhound dogs during a religious and blessing ceremony for animals, outside the Basilica of St Peter and Paul in Saint-Hubert, Belgium November 3, 2015. Hundreds of animals get blessed during the celebration of Saint Hubert, the patron saint of hunters who is also invoked for protection of dogs and horses, organisers said. (Photo by Yves Herman/Reuters)
Details
06 Nov 2015 08:05:00,post received 0 comments
Touching Forest Full of Abandoned Cars in Belgium 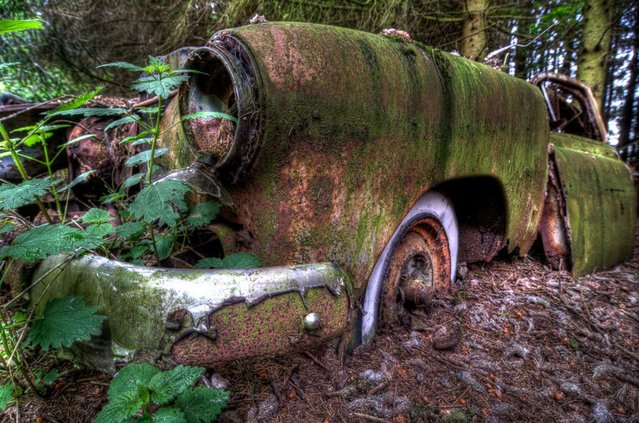 A forest near Chatillion, a small village in Belgium, used to be home to a vintage car graveyard. This “car graveyard” has since been cleaned up, but photographer Theo van Vliet had the chance to explore the forest and photograph the cars beforehand. (Photo by Theo van Vliet)
Details
16 Jul 2014 14:24:00,post received 0 comments
Sad Abandon Village: Doel, Belgium 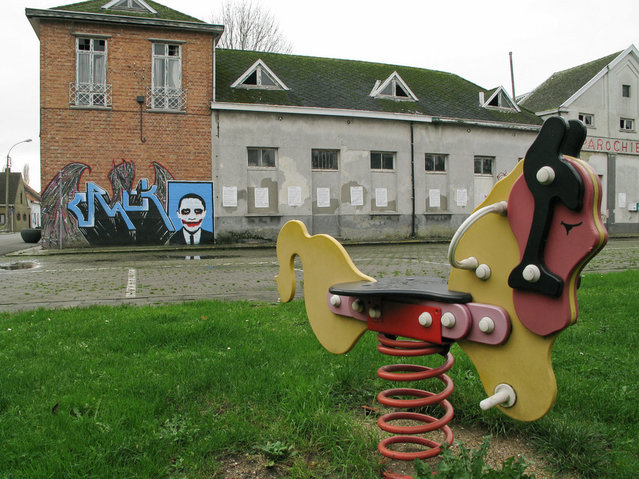 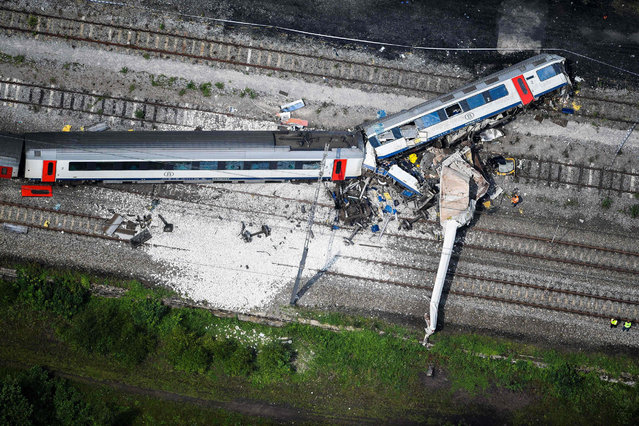 This aerial picture taken on June 6, 2016, shows the scene of a collision between a freight train and a passengers train on their way between Liege and Namur, in Saint-Georges-sur-Meuse, Eastern Belgium. Investigators worked through the wreckage of a high speed train crash in eastern Belgium on Monday that killed at least three people and injured nine others. A fast-moving passenger train late Sunday slammed violently into the back of a slow-moving freight train that was travelling on the same track for reasons that remain unexplained. (Photo by Laurie Dieffembacq/AFP Photo)
Details
07 Jun 2016 13:12:00,post received 0 comments
Popular tags:
All tags
Last searches: