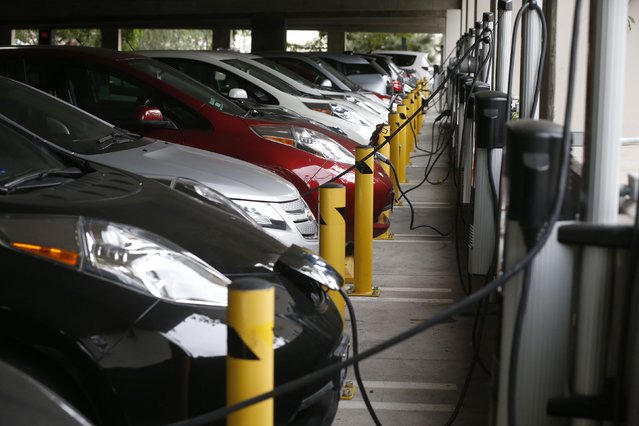 Electric cars sit charging in a parking garage at the University of California, Irvine January 26, 2015. “The Irvine Smart Grid Demonstration”, a $79 million project funded half by federal stimulus money and half by Edison and partners like UC Irvine, was launched in 2010. The $12 billion utility's research team Southern California Edison is testing everything from charging electronic vehicles via cell phone to devices that smooth out the power created by rooftop solar panels. Those are some of the roughly 60 projects in the works at Edison's Advanced Technology division. It has a small $19 million annual budget, but its influence far exceeds that. (Photo by Lucy Nicholson/Reuters)
Details
28 Jan 2015 11:50:00,post received 0 comments
Fact CHIP House Powered by Solar Energy 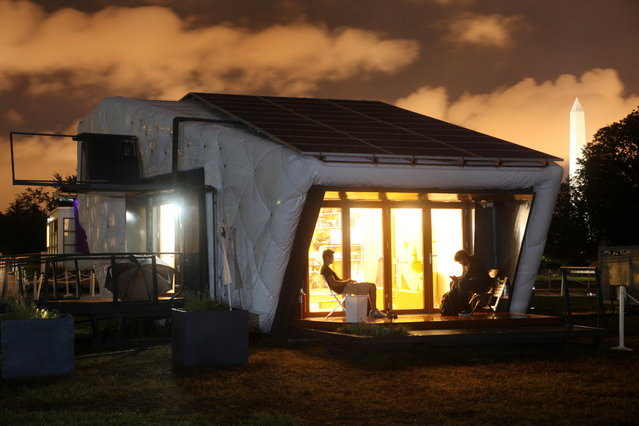 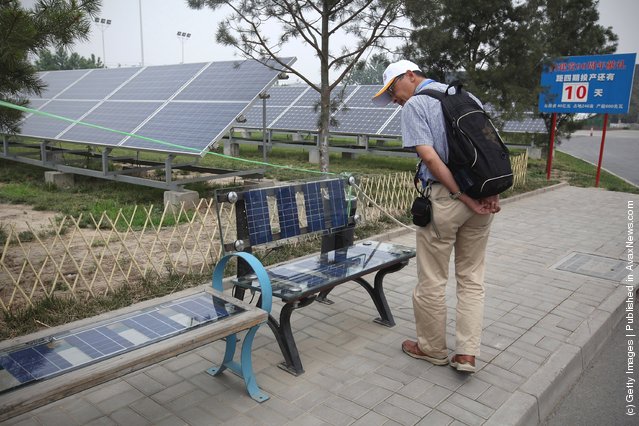 A visiter is attracted by the chairs covered with solar panels at the factory of Yingli Green Energy Holding Company, also known as Yingli Solar, on June 20, 2011 in Baoding city of Hebei Province, China. According to a report by the International Energy Agency (IEA), China overtook America as the world' s largest energy consumer in 2010. New energy industries are becoming even more important than in the past. (Photo by Feng Li/Getty Images)
Details
21 Jun 2011 10:50:00,post received 0 comments
Touching Solar Energy Remains Popular For Private Homeowners 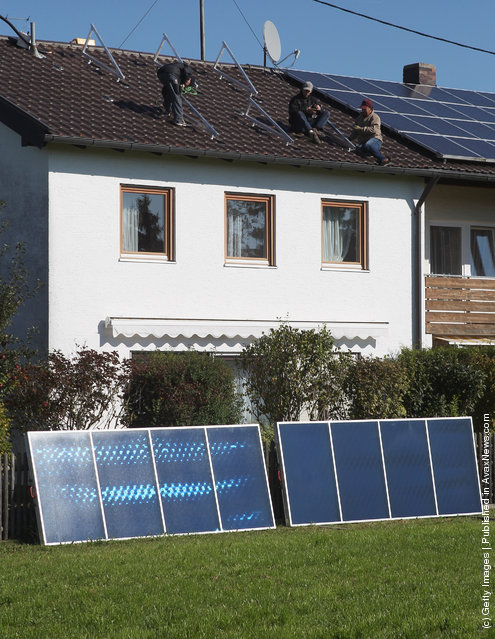 Workers prepare the roof of a house to get installed solar power modules for producing heat on October 15, 2011 in Wessling, Germany. Germany has and is continuing to invest heavily in solar energy, both in the public and private sectors. The German government introduced a feed-in tariff with its Renewable Energy Act in 2000 that guarantees homeowners a minimum rate for selling electricity from renewable energy sources into the nation's electricity grid. (Photo by Alexandra Beier/Getty Images)
Details
16 Oct 2011 10:58:00,post received 0 comments
Educative New 3-D Map of Massive Galaxies and Distant Black Holes Offers Clues to Dark Matter and Dark Energy 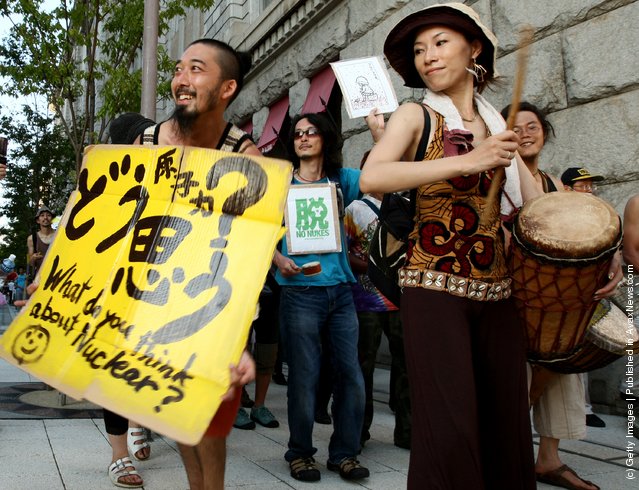 Anti-nuclear activists demonstrate during a “Say to Goodbye to Nuclear Energy” protest on September 11, 2011 in Kobe, Japan. Japan is marking sixth months since a magnitude 9.0 earthquake struck Japan offshore on March 11 at 2:46pm local time, triggering a tsunami wave of up to ten metres which engulfed large parts of north-eastern Japan and also damaged the Fukushima nuclear plant, causing the worst nuclear crisis in decades. The current number of dead and missing is reportedly estimated to be 22,900. (Photo by Buddhika Weerasinghe/Getty Images)
Details
12 Sep 2011 10:16:00,post received 0 comments
Fact The Day in Photos – January 22, 2020 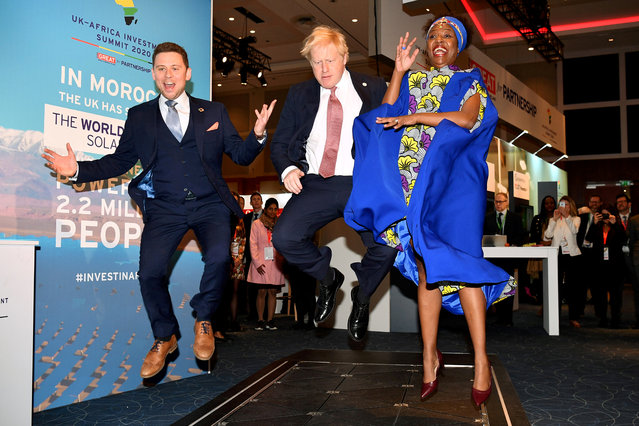 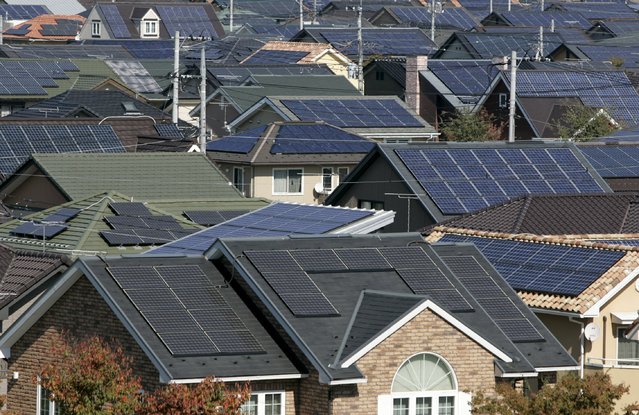 Rooftops of solar powered houses are pictured in Ota, 80 km northwest of Tokyo in this October 28, 2008 file photo. One by one, Japan is turning off the lights at the giant oil-fired power plants that propelled it to the ranks of the world's top industrialised nations. With nuclear power in the doldrums after the Fukushima disaster, it's solar energy that is becoming the alternative. Solar power is set to become profitable in Japan as early as this quarter, according to the Japan Renewable Energy Foundation (JREF), freeing it from the need for government subsidies and making it the last of the G7 economies where the technology has become economically viable. (Photo by Yuriko Nakao/Reuters)
Details
24 Nov 2015 08:04:00,post received 0 comments
Popular tags:
All tags
Last searches: