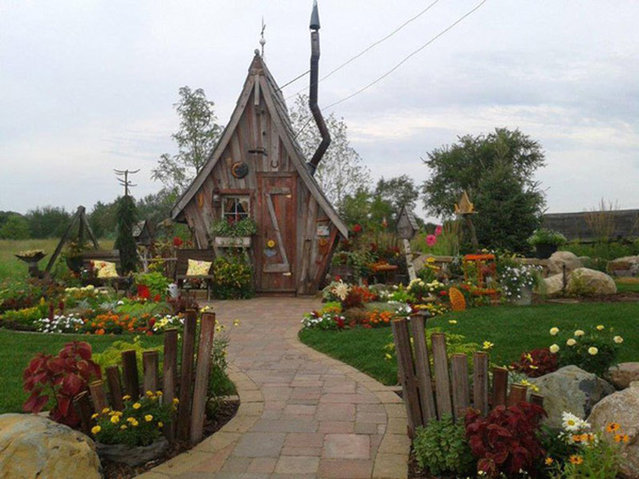 Dan Pauly is a fourth generation wood-working artisan best known for his amazing rustic cabins made from reclaimed wood. The Minnesota-based craftsman builds saunas, sheds, bunkies and outhouses with his signature roof and chimney.
Details
14 Aug 2015 11:30:00,post received 0 comments
Wow La Maison Du Gouffre or the House Between the Rocks 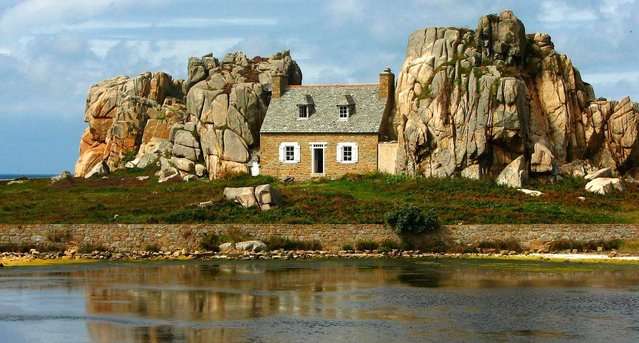 Castel Meur, also known as La Maison du Gouffre or “the house between the rocks”, is a charming cottage wedged between two huge jagged rocks that has been drawing tourists to the otherwise quiet little village of Plougrescant, located in the department of Côtes-d’Armor in the region of Brittany, in France, since the 19th century.
Details
13 Aug 2015 09:15:00,post received 0 comments
Wow Cliff Yous By Modscape 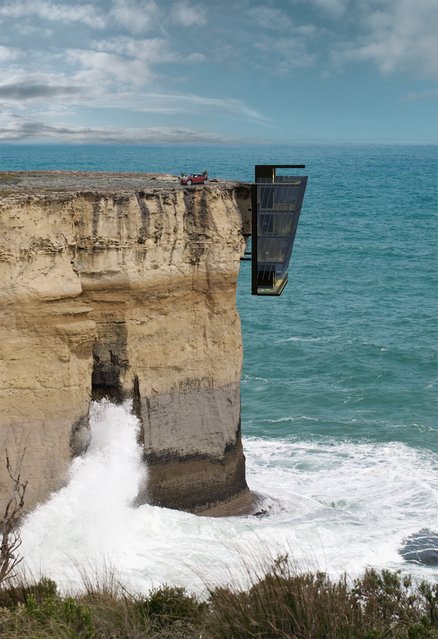 Modscape creates beautifully simplistic prefabricated homes. The Cliff House by Modscape ($TBA) is their latest concept and it’s absolutely breathtaking. The home was created as a vacation getaway and as a complete extension of the natural environment.
Details
12 Sep 2014 09:38:00,post received 0 comments
Educative Gue(ho)st House in France 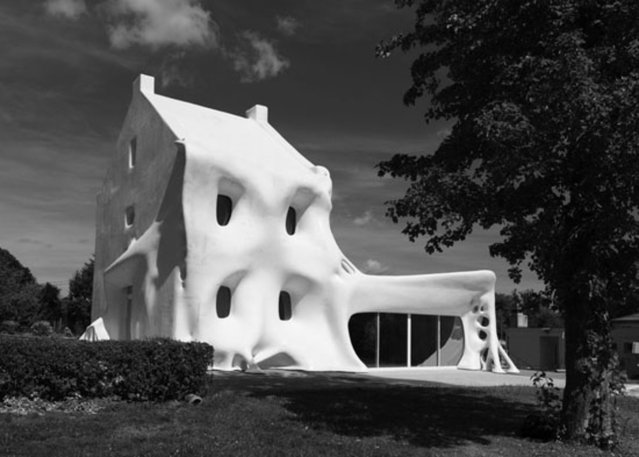 Architects Christophe Berdaguer and Marie Péjus get scary with this sculptural,bogey-inspired arts center in France. Situated behind the severe Synagogue de Delme, the center's design transforms an old house, which previously served as a prison, a school, and most recently a funeral home. The new intervention draws inspiration from the latter, cloaking the structure in a white veil of molded concrete that creates a "living body" which expands into the surrounding areas of the house.
Details
26 Jan 2014 12:05:00,post received 0 comments
Wow Glass House by Harumi Yukutake 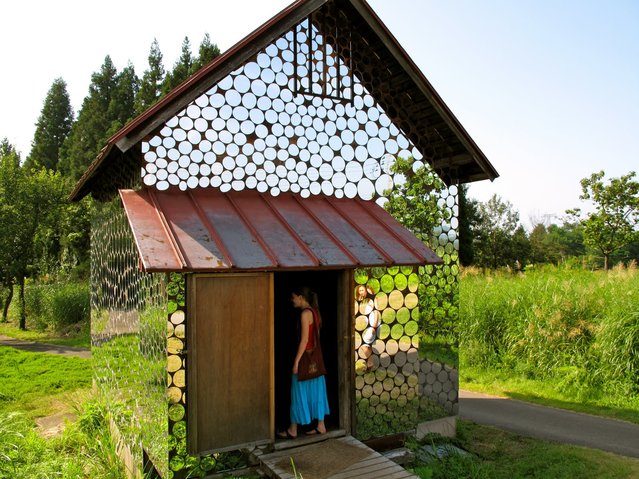 This project features a house covered (inside and out) with thousands of round mirrors that makes it nearly camouflaged. The round mirrors have different shapes and size because each one was handcut by the artist. Visitors are in for a unique experience when the mirrors interactive with nature, glistening as it reflects sunlight while gently flickers when the wind blows.
Details
25 Jan 2014 17:05:00,post received 0 comments
Touching Impressive Architecture in Zell, Germany 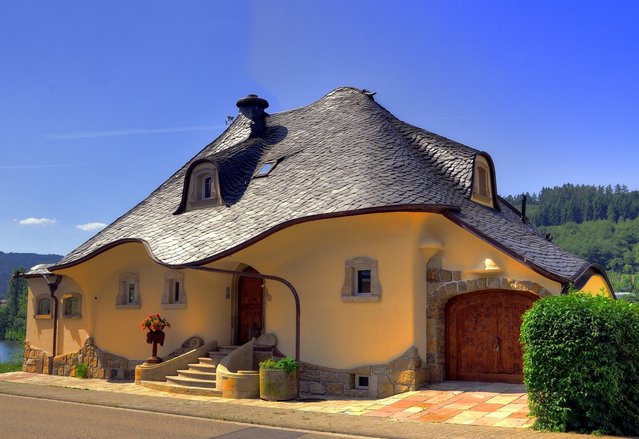 The materialisation of this house is a dream come true for the owner. This house was built in Germany, in the town called Zell and what is the most astonishing about it is the stone used in the whole design. It was built by Walter Andre and it looks as if it just got out from a fairytale, and everything from its fantastic roof to it’s sandstone windows points in that direction.
Details
09 Jan 2014 10:10:00,post received 0 comments
Touching House of Mirror in the Californian Desert, USA 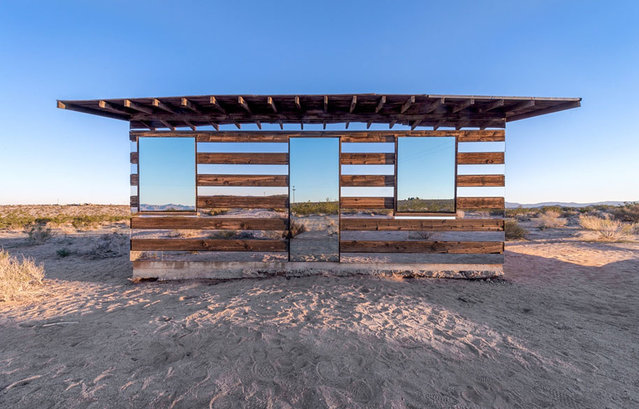 In the desert near Joshua Tree, California, there stands a 70-year-old homestead cabin that isn’t all there. The ethereal cabin is part of an outdoor art installation by artist Phillip K. Smith III called Lucid Homestead. To give the cabin its striking appearance, the artist replaced strips of the wall with mirrors and the windows with mirrored panels that light up at night. The building reflects the desert sun and environment around it, making it seem like an airy and transparent space
Details
17 Dec 2013 11:13:00,post received 0 comments
Wow House on a Rock 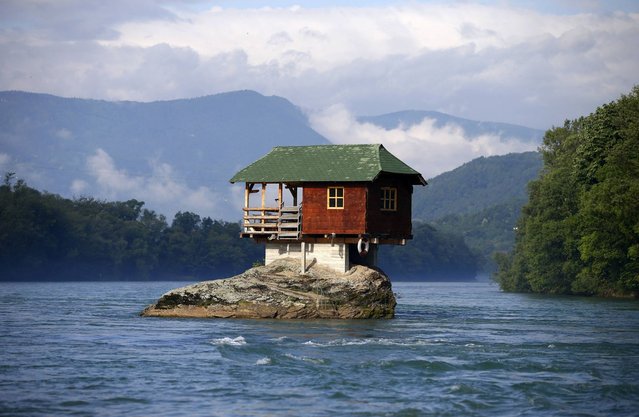 A house built on a rock on the river Drina is seen near the western Serbian town of Bajina Basta, about 160km (99 miles) from the capital Belgrade May 22, 2013. The house was built in 1968 by a group of young men who decided that the rock on the river was an ideal place for a tiny shelter, according to the house's co-owner, who was among those involved in its construction. (Photo by Marko Djurica/Reuters)
Details
23 May 2013 11:53:00,post received 0 comments
Publication archive:
←   →
Popular tags:
All tags
Last searches: