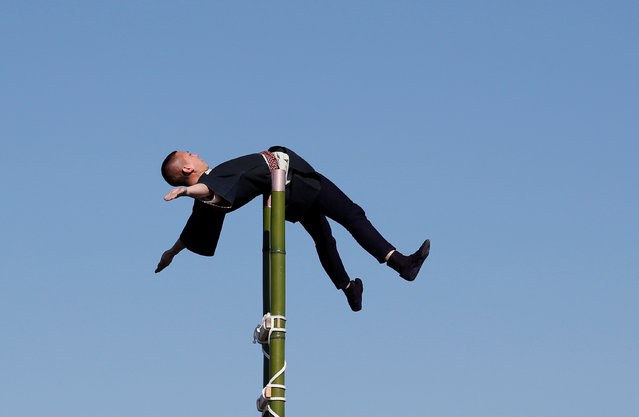 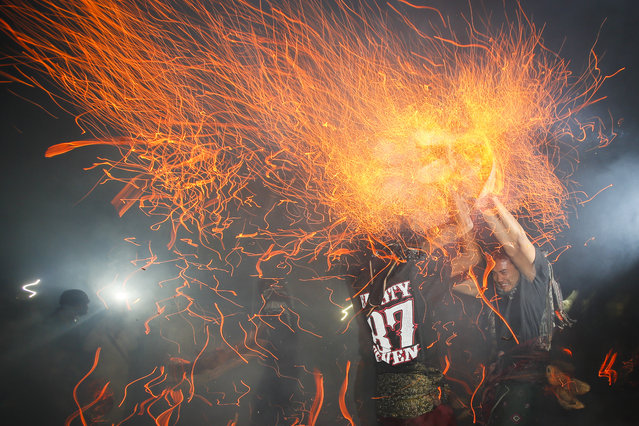 Balinese men throw fire on each other during a sacred ritual called “Mesabatan Api” or a fire fight at a temple in Tuban, Bali, Indonesia, 9 October 2014. October 9, 2014. During the ritual Balinese Hindu men took the blazing coconut husks barehanded, swinging and throwing them each other. Balinese believe that fire can destroy evil, and the ritual is aimed to get rid of the negative forces. (Photo by Made Nagi/EPA)
Details
12 Oct 2014 12:32:00,post received 0 comments
Touching Firefighters From Edo 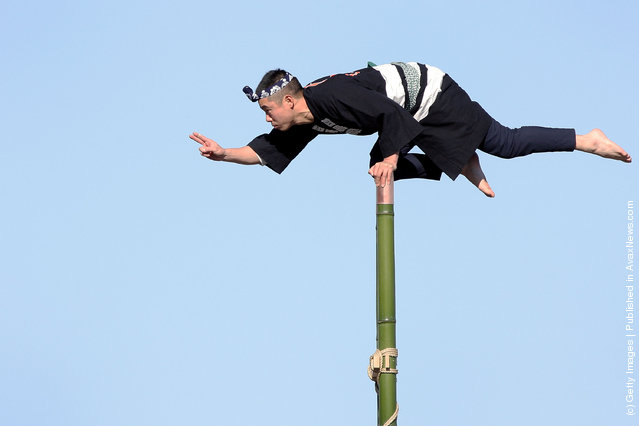 A member of the Edo Firemanship Preservation Association balances on top of a bamboo ladder as he performs a ladder stunt during the New Year's fire review conducted by the Tokyo Fire Department at Tokyo Big Sight on January 6, 2009 in Tokyo, Japan. The annual event, featuring various demonstrations of the latest firefighting and emergency rescue techniques, aims to promote the prevention of fire and disaster. (Photo by Kiyoshi Ota/Getty Images)
Details
12 Dec 2011 11:46:00,post received 0 comments
Fact A Memorial Service for Firefighters at Sensoji Temple in Tokyo 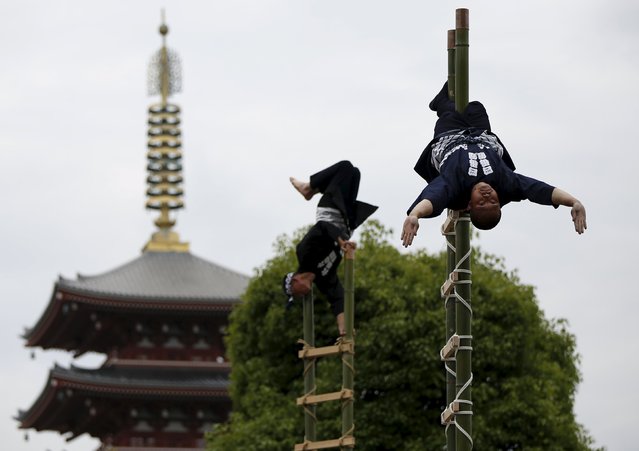 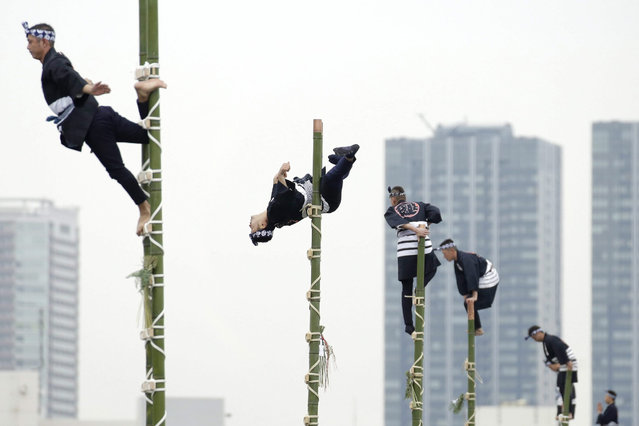 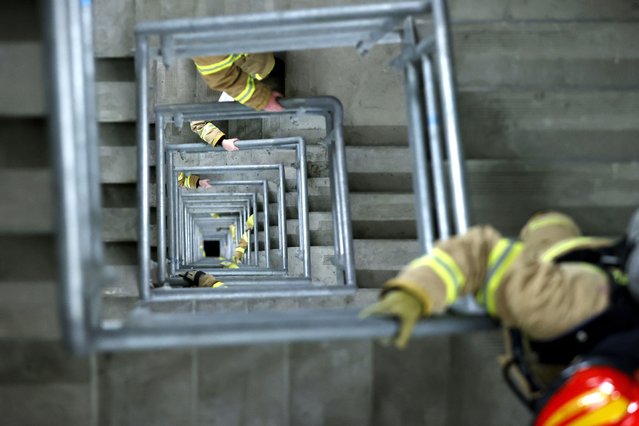