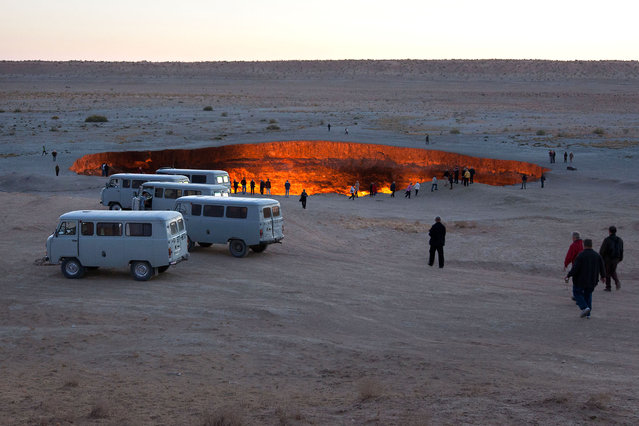 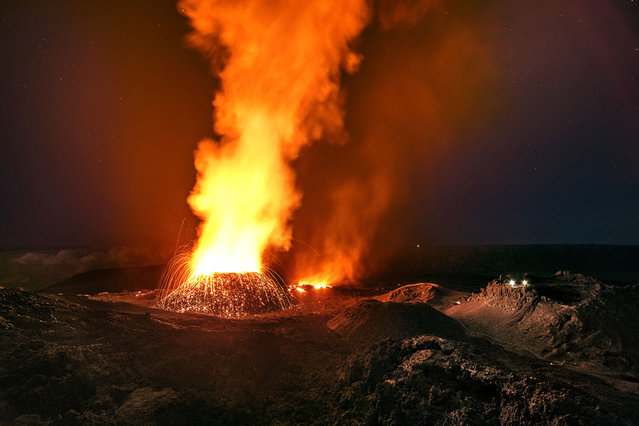 The photos were taken at the Piton de la Fournaise volcano on Reunion Island, a French island in the Indian Ocean one of the most active volcanoes in the world. Here: The powerful erupting volcano. (Photo by Luc Perrot/Caters News)
Details
01 Feb 2016 13:21:00,post received 0 comments
Fact Behind the Wheel in Kabul 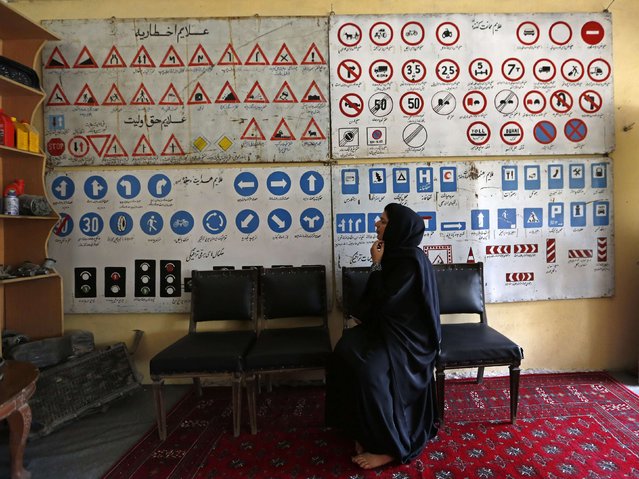 A women attends a class at a driving school in Kabul August 17, 2014. Kabul is one of the world's fastest growing cities and its streets are increasingly blocked by cars and buses. In the city's private driving schools, students pay a $60 fee for a 45-day course, which includes oral and practical driving tests at the country's Traffic Department. Some of the women who have signed up say learning to drive is a way to escape unwanted gazes and physical harassment on the cramped, crowded minibuses that are often the only method of urban public transport. (Photo by Mohammad Ismail/Reuters)
Details
19 Dec 2014 12:56:00,post received 0 comments
Fact Toyota's Three-wheeled Car 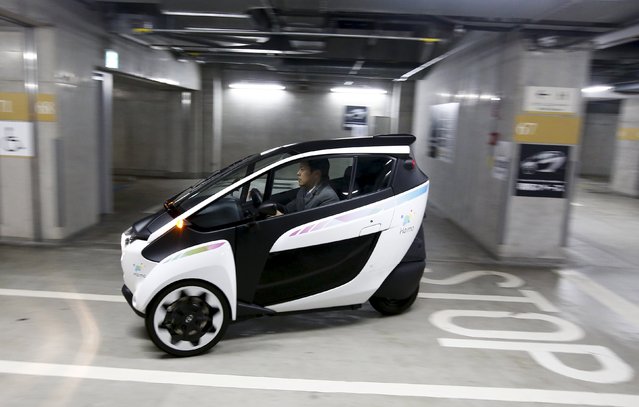 A Toyota i-Road electric vehicle drives in a underground parking lot in Tokyo April 9, 2015. Tokyoites will get a chance to zip around town on Toyota Motor Corp's three-wheeled electric car-cum-motorbike from Friday, in a trial aimed at crafting a global business model to reduce gridlock and pollution. (Photo by Thomas Peter/Reuters)
Details
10 Apr 2015 07:24:00,post received 0 comments
Touching Tolbachik: Hell Valley on Earth 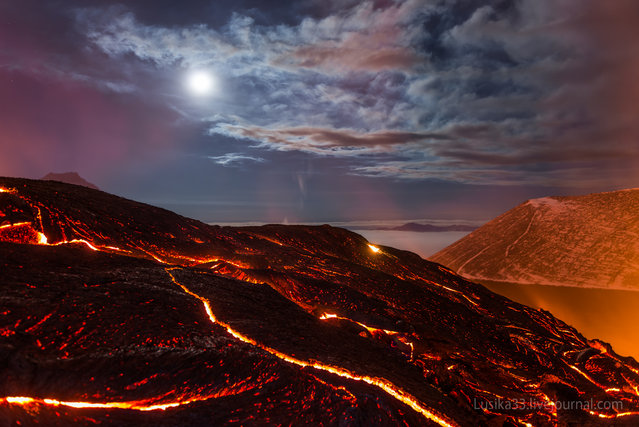 Take a look at this stunning photo of Tolbachik, an active volcanic complex on the Kamchatka Peninsula in far eastern Russia. Lava fountains and rivers ran through the area for months after the eruption began with the opening of two Tolbachik fissures in November of 2012. In the midst of this activity, photographers Luda and Andrey (lusika33) took a trip down to see that stunning hell valley on earth. (Photo by lusika33)
Details
21 Jul 2014 11:09:00,post received 0 comments
Educative The London Eye – Giant Ferris Wheel 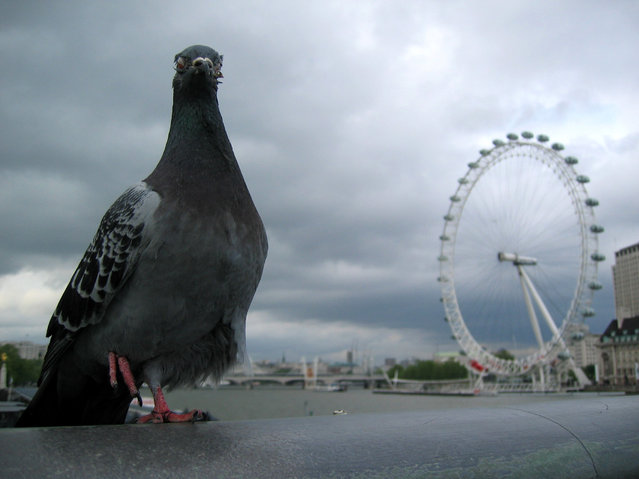 The London Eye is a giant Ferris wheel on the South Bank of the River Thames in London. Also known as the Millennium Wheel, its official name was originally the British Airways London Eye, then the Merlin Entertainments London Eye, and since January 2011, the EDF Energy London Eye.
Details
10 Jun 2014 12:08:00,post received 0 comments
Disgusting A Look Back At The Atomic Hell 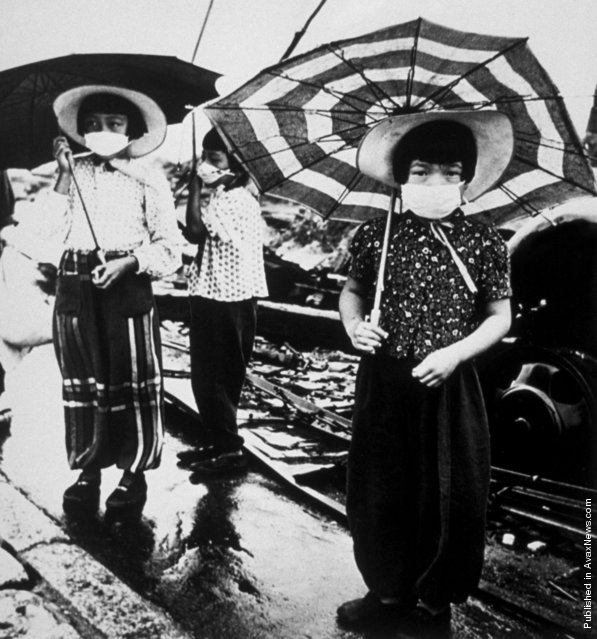 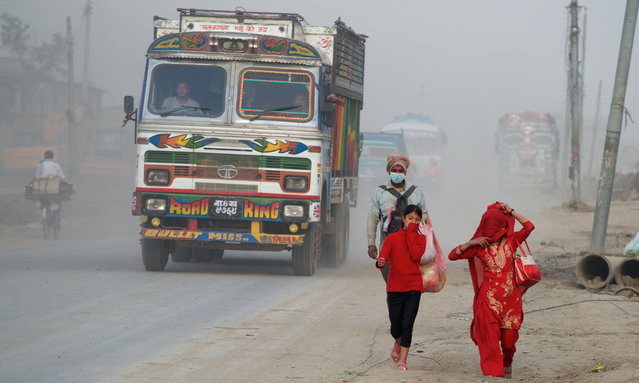 People in Kathmandu joke that the face mask has now become part of the national dress – an indispensable accessory in an effort to protect themselves from the dust. Nepal has the worst air quality in the world, according to the Environmental Performance Index. (Photo by Pete Pattisson/The Guardian)
Details
22 Jun 2018 00:05:00,post received 0 comments
Popular tags:
All tags
Last searches: