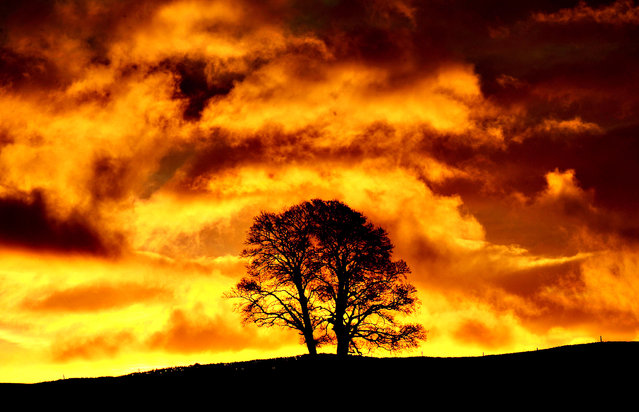 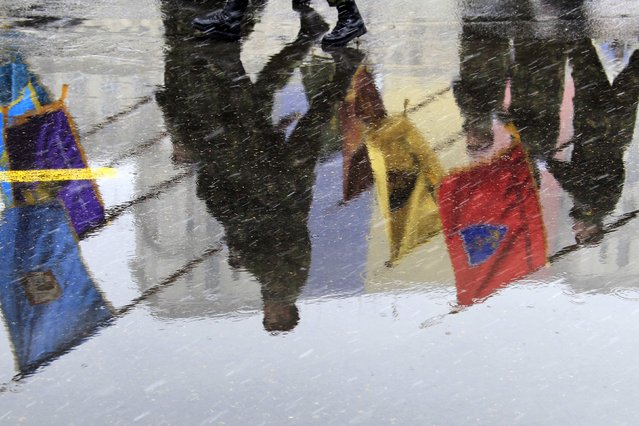 Soldiers are reflected in a puddle during a military parade during the celebrations for Romania's National Day in Bucharest December 1, 2014. (Photo by Radu Sigheti/Reuters)
Details
17 Dec 2014 12:06:00,post received 0 comments
Charming Simply Some Photos: Heaven 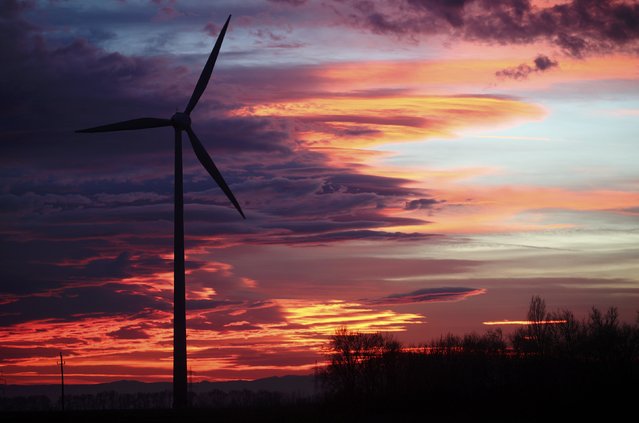 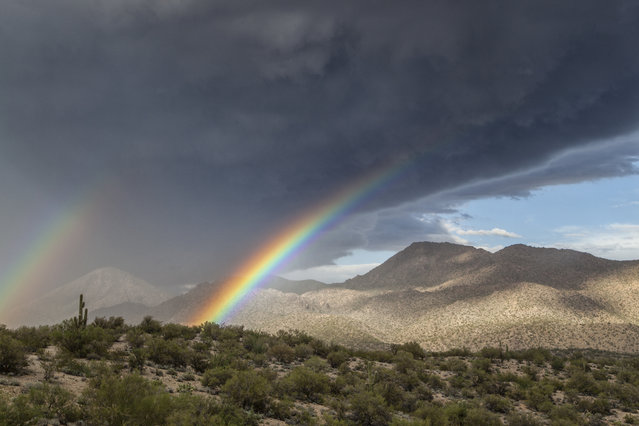 Two rainbows emerge from a black storm above the mountains, on August 19, 2014, in Kingman, Arizona. Double tornadoes, lightning storms and rotating supercells – this is what it's like to chase storms for a year. These dramatic images show apocalyptic weather throughout 2014 from a lightning storm to a pair of rainbows. Roger Hill, 57, has been chasing storms in the United States for thirty years and runs a tour operation with his wife Caryn. His favourite photograph of the year was also one of the most difficult to get – as two violent tornadoes tore through Pilger, Nebraska on June 16. The spiraling winds killed a five-year-old girl and injured at least 19 others, and as Roger tried to get the perfect shot debris began to rain down on his car. (Photo by Roger Hill/Barcroft Media)
Details
25 Feb 2015 09:27:00,post received 0 comments
Touching Simply Some Photos: Children 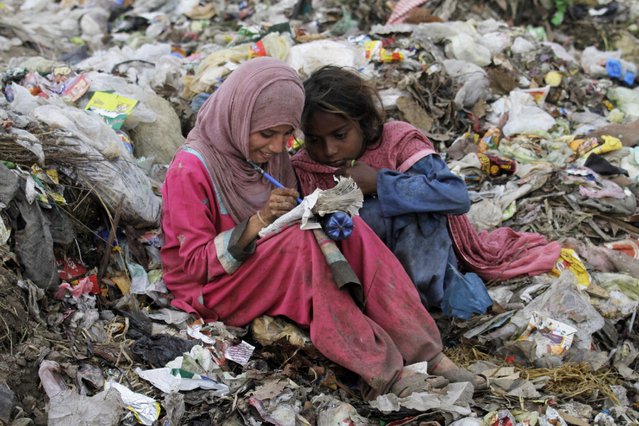 A Pakistani scavenger girl writes on a notebook she collected from a garbage, while another girl sits next to her in Lahore, Pakistan, Wednesday, April 1, 2015. Thousands of children pick recyclable items from waste dumping points to earn living for their poor families. (Photo by K. M. Chaudary/AP Photo)
Details
05 Apr 2015 11:38:00,post received 0 comments
Fact Pregnancy in Tents Photo Essay 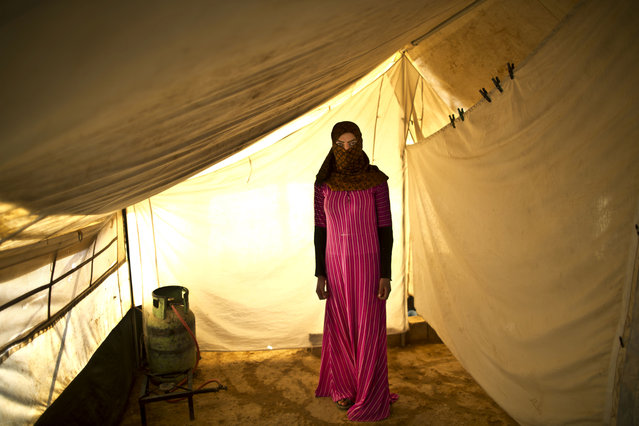 In this Monday, March 16, 2015 photo, Syrian refugee Samira Helal, 17, who is two months pregnant, poses for a portrait at inside her tent at an informal tented settlement near the Syrian border, on the outskirts of Mafraq, Jordan. Nearly 3.8 million Syrians have fled their country and are now registered as refugees, according to the U.N. Most face increasingly desperate circumstances. (Photo by Muhammed Muheisen/AP Photo)
Details
08 Apr 2015 11:11:00,post received 0 comments
Touching Simply Some Photos: Moon 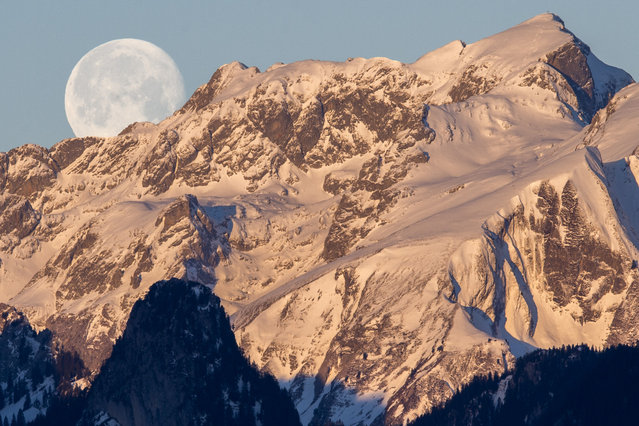 The waning moon is setting over the mountain “Les Cornettes de Bise” located at the border of the Haute-Savoie and the Valais canton of Switzerland in the Chablais Alps, photographed from Glutieres, January 7, 2015. (Photo by Anthony Anex/EPA)
Details
15 Apr 2015 12:53:00,post received 0 comments
Funny Micro Pig Photos 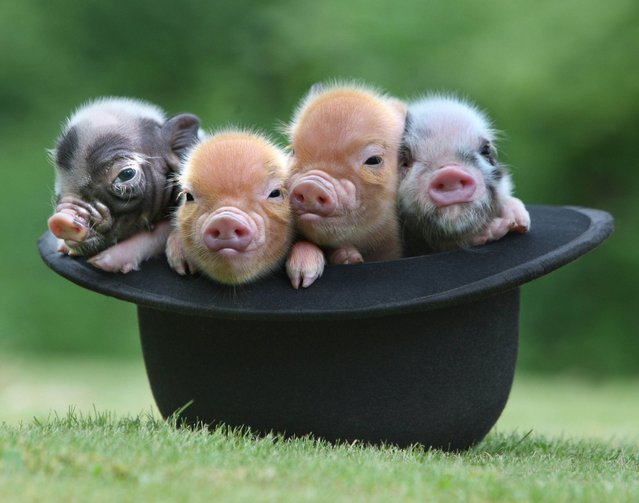 These tiny piglets were born and raised at Pennywell Farm in Buckfastleigh, England. Micro or miniature pigs grow to just 14 inches long, and weigh only 9 ounces when they are born. At two years old, they are fully grown and weigh between 40-65 pounds and are around knee height at 12-16 inches tall. Micro pigs can live for up to 18 years, and make popular pets as they are low maintenance, quiet and surprisingly clean. (Photo by Richard Austin/AP Photo/Rex Features)
Details
21 Mar 2014 06:15:00,post received 0 comments
Popular tags:
All tags
Last searches: