Charming Star Trails around the World 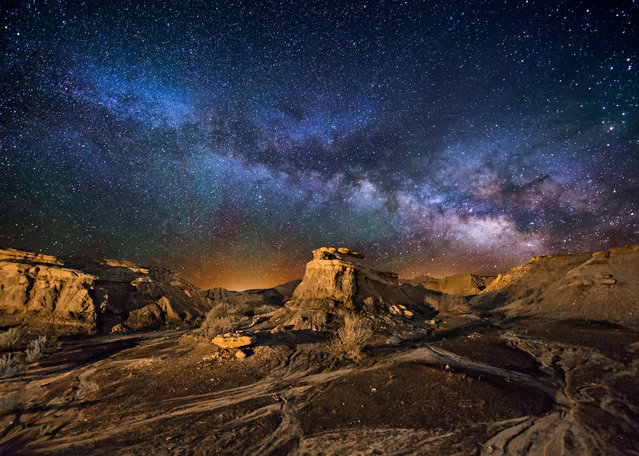 These are the stunning pictures of the night sky brilliantly capturing the lights and colors of the Milky Way glistening over desert landscapes. Taken in various locations across Australia and the United States from the Grand Canyon to the Coral Sea, the pictures perfectly show the bright lights of the starry skies. Here: Bisit Badlands, New Mexico. (Photo by Wayne Pinkston/Caters News)
Details
26 Sep 2015 08:05:00,post received 0 comments
Touching Colorful Star Trails 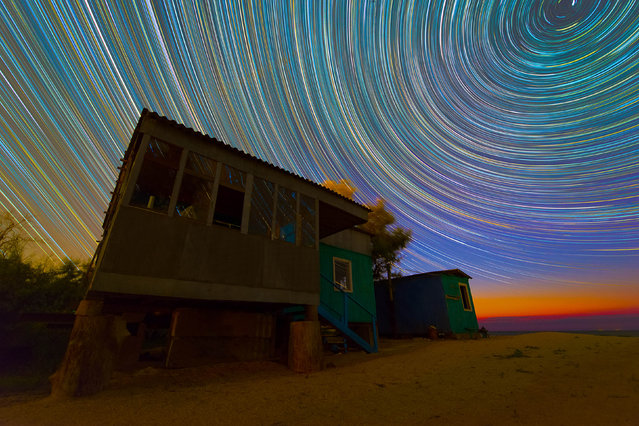 These are the spectacular snaps of swirling star trails which transform the night sky into a kaleidoscope of color. Keen photographer Evgeniy Zaytsev, 24, captured the stunning shots on trips to Crimea, Altai and Murom, Russia. The pictures of circular star trails are formed by merging multiple photos taken over the course of several hours. Movement of the Earth causes the stars appear in different places in each image. Here: vibrate, colorful star trails over an abandoned beach house. (Photo by Evgeniy Zaytsev/Caters News)
Details
12 Feb 2015 12:50:00,post received 0 comments
Charming Star Trails Pictured in the Night Sky 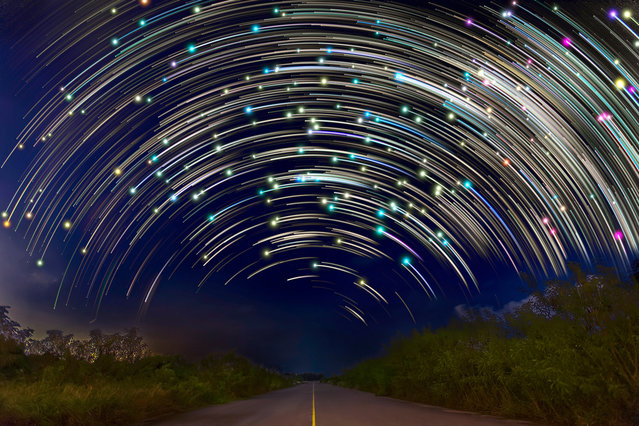 Star trails are pictured from a road in Singapore. These astonishing images of night sky are captured by Singapore based photographer Justin Ng. The pictures were taken between November 2013 to January 2014. It show's star trail caused by the earth's rotation and also can be achieved by zooming the DSLR lens inward or outward in small steps using a dedicated motorized zooming device. (Photo by Justin Ng/Barcroft Media)
Details
16 May 2014 07:41:00,post received 0 comments
Charming Panoramic around the World 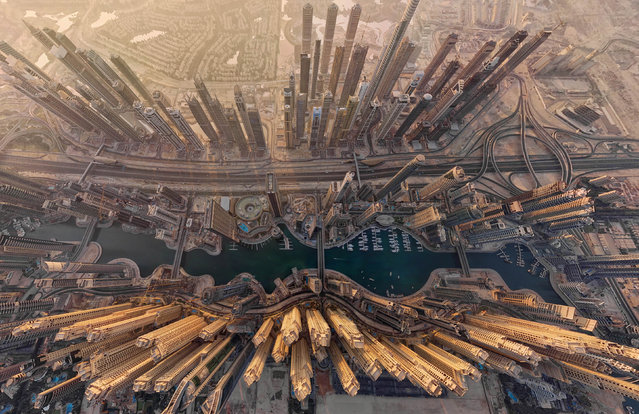 These are the stunning panoramic shots of some of the worlds most beautiful locations. Company AirPano travel the world photographing its wonders from above. Their shots include famous cities – such as New York, Paris and Barcelona – as well as natural marvels, like volcanoes and waterfalls. The team, which consists of 12 members – nine photographers and three tech specialists – began looking into this style of photography in 2006. Project coordinator Sergey Semenov revealed after initially working with spherical panoramas on land, the group decided to take to the skies. They made a list of the 100 Best Places on the Planet, which they hoped to photograph over the coming years. Here: Dubai. (Photo by Airpano/Caters News)
Details
20 Mar 2015 11:23:00,post received 0 comments
Fact Solar Eclipse around the World 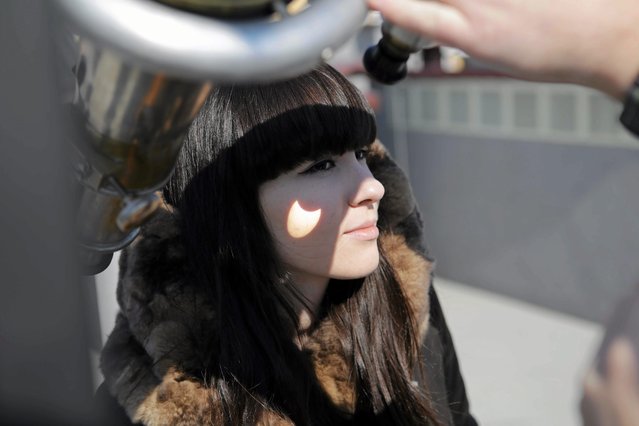 The shadow of a partial eclipse is cast on to the cheek of a student on the roof of the Jana Dlugosza Academy in Czestochowa, Poland March 20, 2015. (Photo by Grzegorz Skowronek/Reuters/Agencja Gazeta)
Details
21 Mar 2015 12:12:00,post received 0 comments
Fact Markets around the World 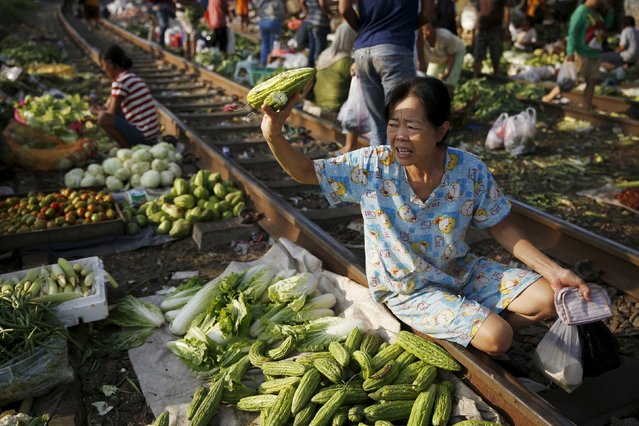 A customer asks for the price of a bittergourd at Duri market on a railway track in Jakarta, January 8, 2016. Indonesia's annual inflation rate cooled to the lowest in six years in December, which might pave the way for the central bank to cut a benchmark rate held at 7.50 percent since February 2015. (Photo by Reuters/Beawiharta)
Details
18 Jan 2016 08:05:00,post received 0 comments
Fact Street Soccer around the World 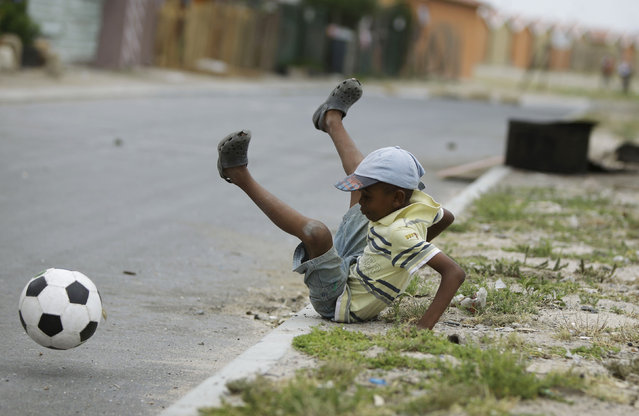 A boy tumbles as he plays soccer on the streets of the Khayelitsha township in Cape Town, December 3, 2009. (Photo by Kai Pfaffenbach/Reuters)
Details
29 Feb 2016 11:50:00,post received 0 comments
Fact Amazing Toilets around the World 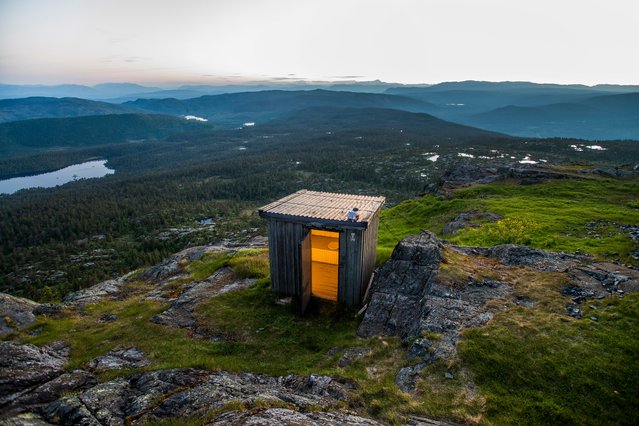 This restroom on the rubbly flanks of Jonsknuten in Norway looks up at the peak of the 904m mountain. Yu have to leave the door open to enjoy the view but the chances of being disturbed are minimal. (Photo by Olaf Menz/Lonely Planet)
Details
13 Apr 2016 09:00:00,post received 0 comments
Popular tags:
All tags
Last searches: