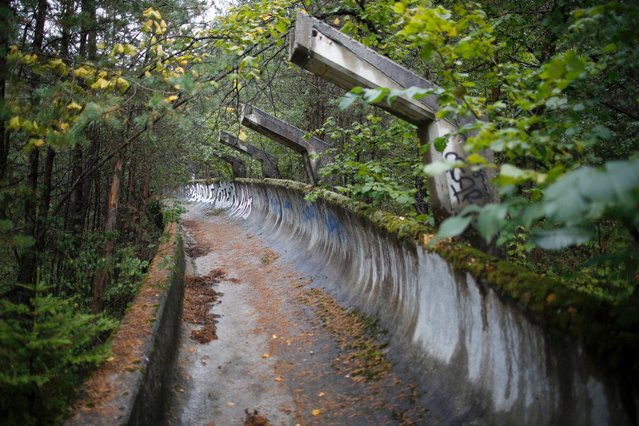 The disused bobsled track from the Sarajevo 1984 Winter Olympics is seen on Mount Trebevic, near Sarajevo, September 19, 2013. Abandoned and left to crumble into oblivion, most of the 1984 Winter Olympic venues in Bosnia's capital Sarajevo have been reduced to rubble by neglect as much as the 1990s conflict that tore apart the former Yugoslavia. (Photo by Dado Ruvic/Reuters)
Details
05 Aug 2016 13:16:00,post received 0 comments
Popular tags:
All tags
Last searches: