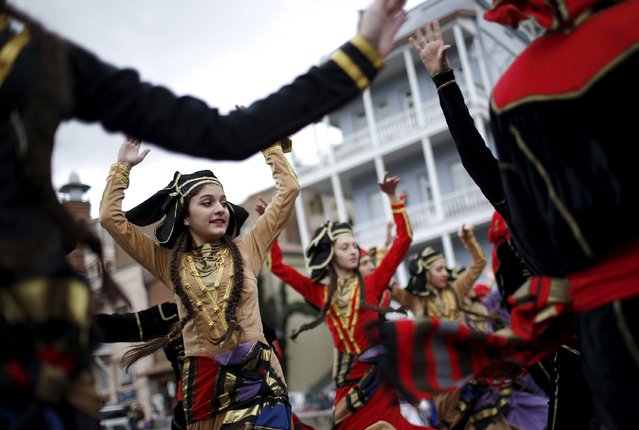 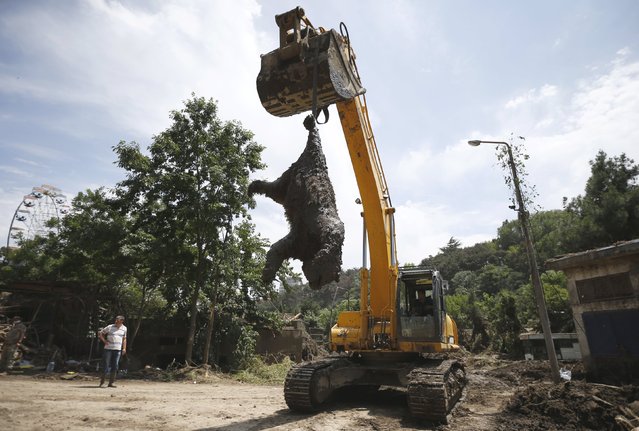 An excavator removes a dead bear at the zoo in Tbilisi, Georgia, June 17, 2015. Tigers, lions, bears and wolves were among more than 30 animals that escaped from a Georgian zoo and onto the streets of the capital Tbilisi on Sunday during floods that killed at least 12 people. REUTERS/David Mdzinarishvili
Details
23 Jun 2015 02:46:00,post received 0 comments
Fact Georgia's Tbilisi Zoo Reopens after Flooding 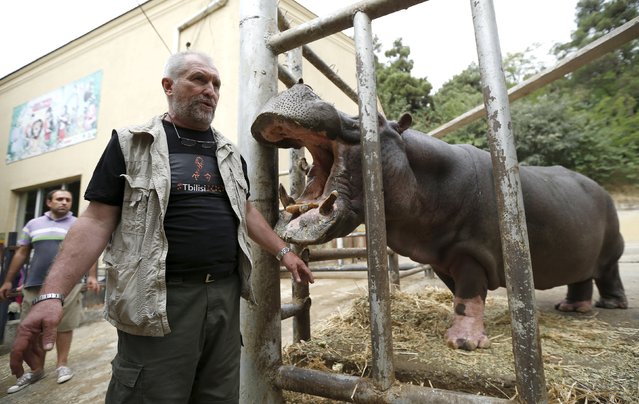 Zurab Gurielidze, a director of the Tbilisi Zoo, speaks to the media while standing next to a hippopotamus named Begi at the zoo in Tbilisi, Georgia, September 13, 2015. Tbilisi zoo, which was partly destroyed and some 300 animals escaped or died in the floods that also killed at least 19 people in June, was reopened on Sunday. (Photo by David Mdzinarishvili/Reuters)
Details
14 Sep 2015 13:23:00,post received 0 comments
Fact Mercedes-Benz Fashion Week Tbilisi 2018 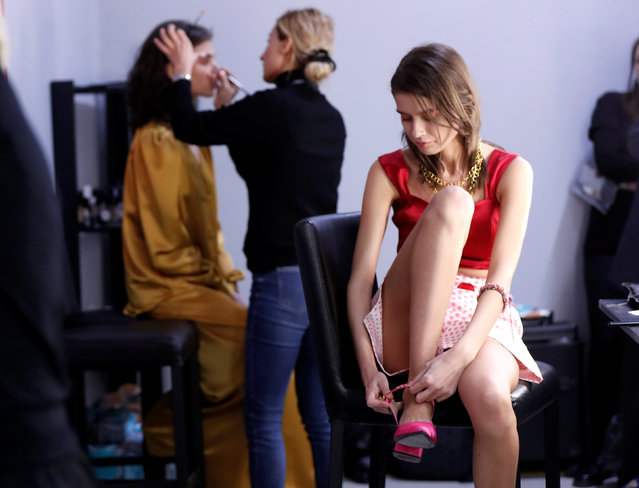 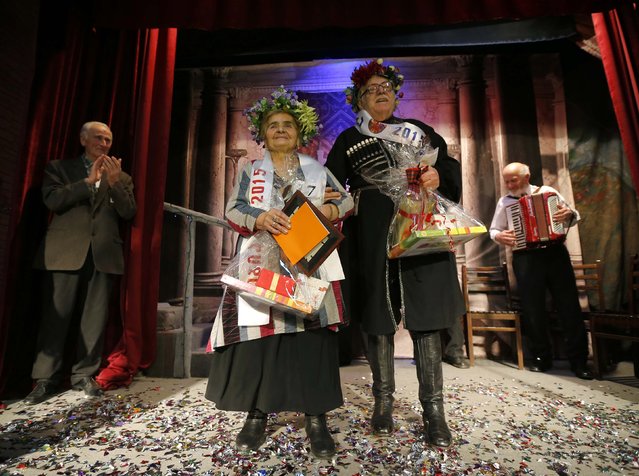 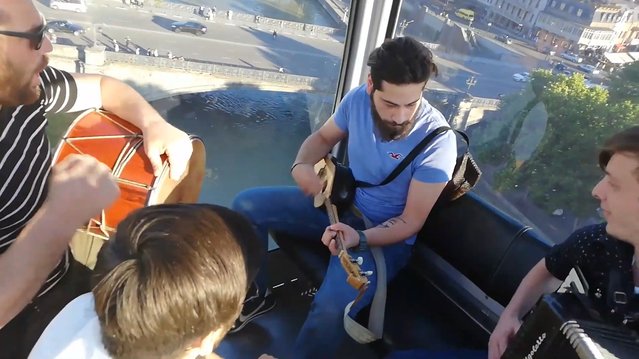 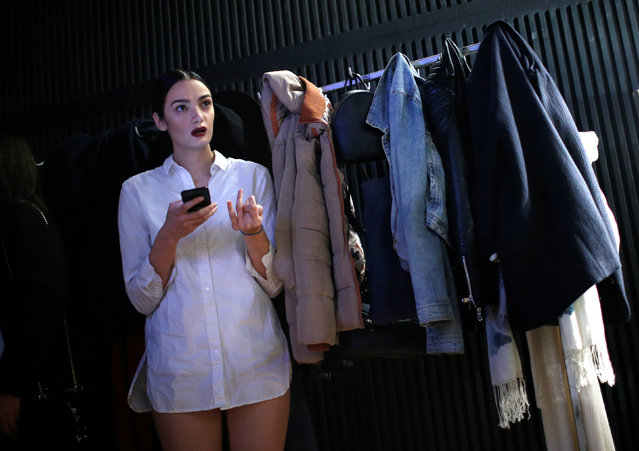 A model gets ready backstage during the Tbilisi Fashion Week in Tbilisi, Georgia, on October 27, 2017. The presentation of the Spring/Summer 2018 collections runs from 27 to 30 October. (Photo by David Mdzinarishvili/Reuters)
Details
28 Oct 2017 07:02:00,post received 0 comments
Fact Fashion last Week, Part 1/2 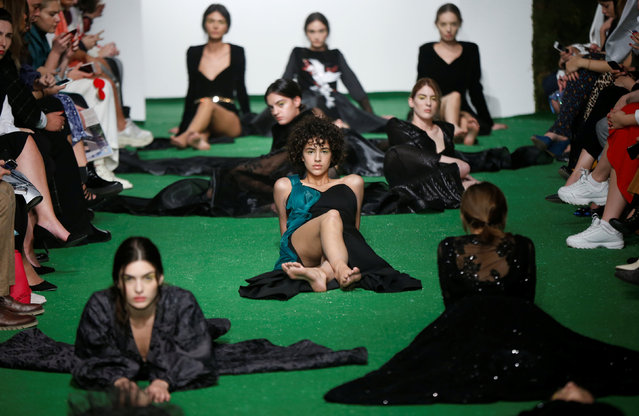