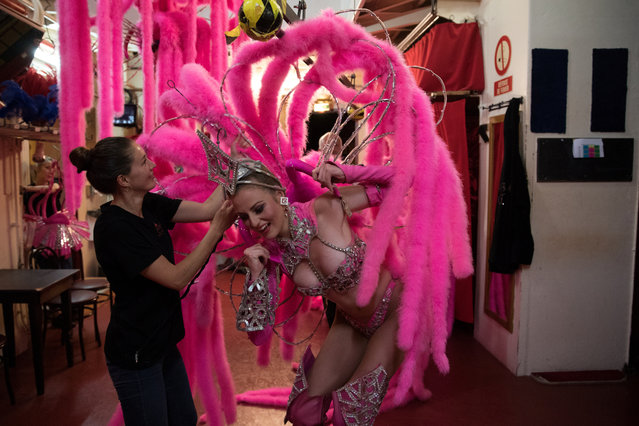 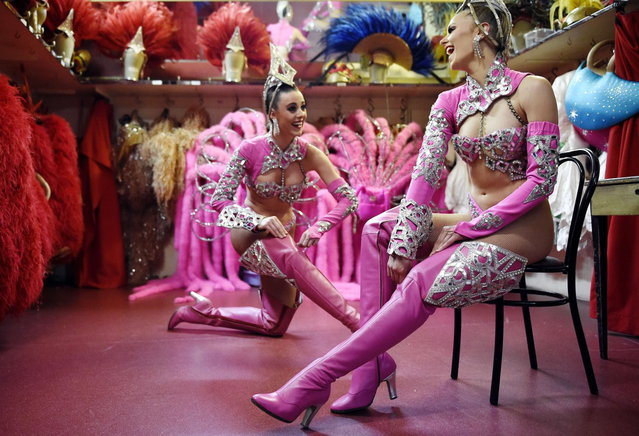 Dancers of the Moulin Rouge cabaret adjust their boots prior to a show on April 22, 2014 in Paris. Since 1945, the “Maison Clairvoy” is specialised in the creation of luxury shoes and started in 1960 a collaboration with the famous Moulin Rouge to create boots and shoes for French Cancan dancers. (Photo by Franck Fife/AFP Photo)
Details
25 Apr 2014 09:17:00,post received 0 comments
Touching Cabaret Dancers 1900–1930 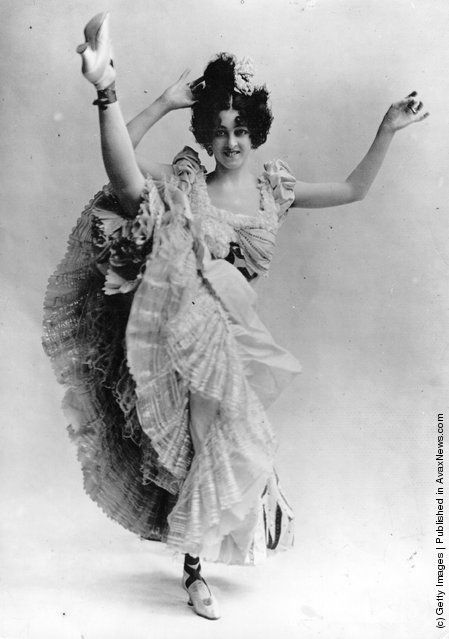 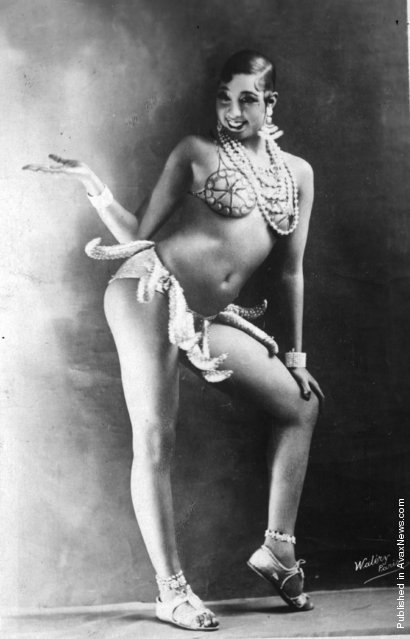