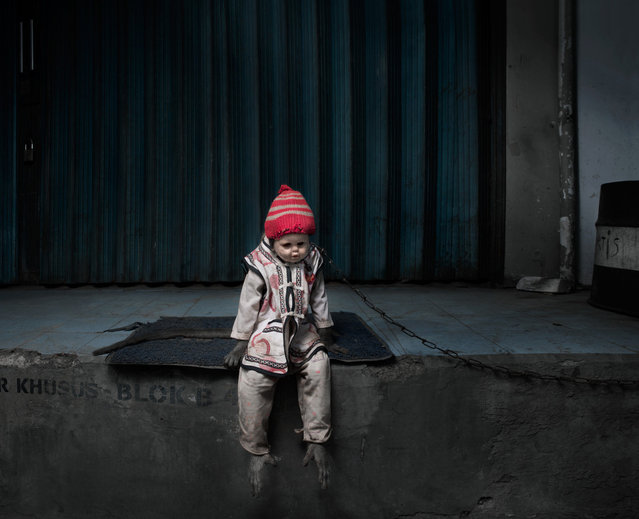 “A Kind of You” is a documentary work of an uncanny asian tradition, where monkeys are trained and dressed to act humanlike in order to ask money from the bypassers. Modern city culture has turned the old tradition in to eerie and haunting act of cruel street theatre where animals become something else, never able to reach our expectations”. – Perttu Saksa. (Photo by Perttu Saksa) 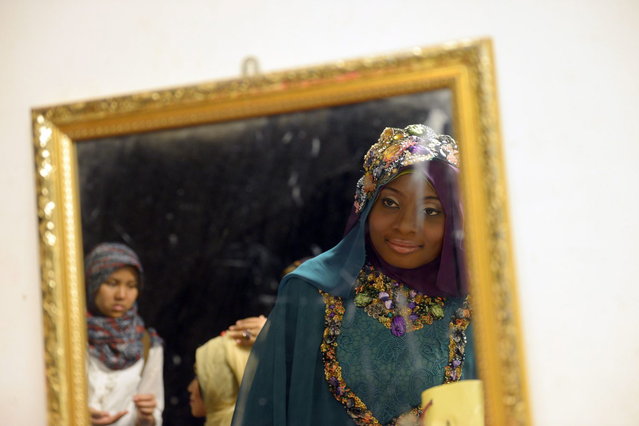 Contestant of the Muslimah World 2013, Obabiyi Aishah Ajibola (C) of Nigeria, is reflected in a mirror checking her make-up while contestants wait for a grand final during the Muslimah World competition in Jakarta on September 18, 2013. (Photo by Adek Berry/AFP Photo)
Details
23 Sep 2013 08:21:00,post received 0 comments
Disgusting Topeng Monyet: The Masked Monkeys Of Indonesia 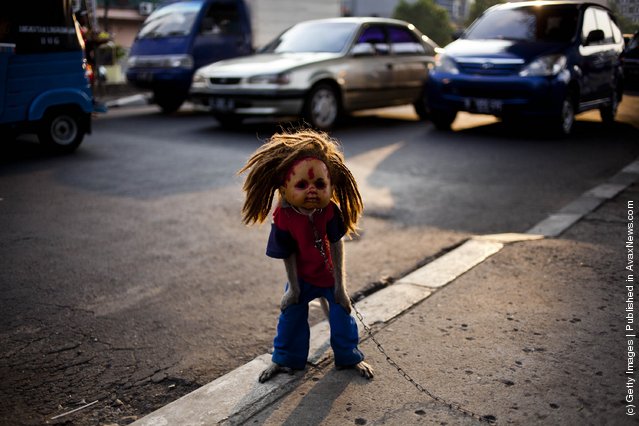 Ucil, a trained monkey, takes part in a street performance on June 1, 2011 in Jakarta, Indonesia. The street performances usually involve the monkeys wearing masks, such as dolls' heads or attire to mimic humans, with the monkeys trained to act out human activities such as shopping, riding bicycles or other simulations of human behaviour. Poverty drives the handlers to exploit the monkeys in the hope of earning small change, but the effect and cruelty to the monkeys is a cause that charities such as the Jakarta Animal Aid Network are increasingly taking up. (Photo by Ulet Ifansasti/Getty Images)
Details
02 Jun 2011 12:14:00,post received 0 comments
Publication archive:
←   →
Popular tags:
All tags
Last searches: