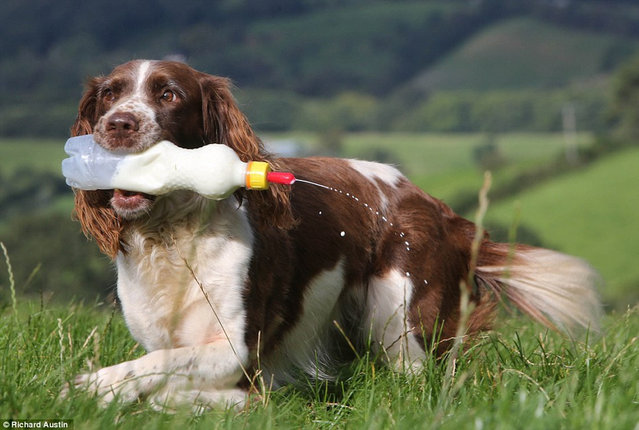 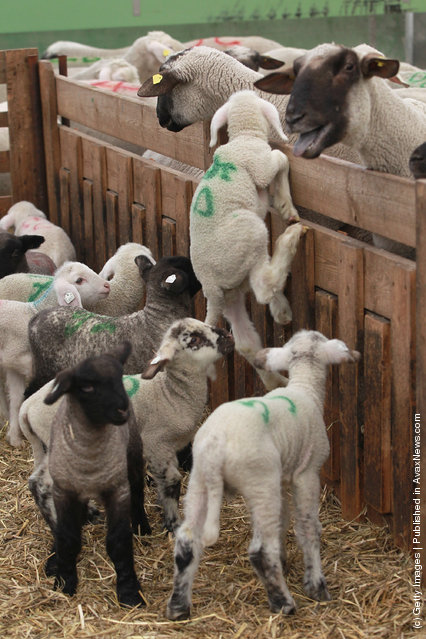 A merino lamb attempts to jump out of its enclosure to find its mother shortly before feeding time at the Educational and Reserach Station for Animal Breeding (Lehr- und Versuchsanstalt fuer Tierzucht und Tierhaltung, or LVAT) in Brandenburg state on January 27, 2012 in Gross Kreutz, Germany. Hundreds of lambs have been born at the LVAT in recent weeks in the midst of the station's lambing season. Many of the lambs will be sold just before Easter, when they will have grown to a weight of over 40kg, as lamb is the traditional German Easter meal. (Photo by Sean Gallup/Getty Images)
Details
29 Jan 2012 12:12:00,post received 0 comments
Publication archive:
←   →
Popular tags:
All tags
Last searches: