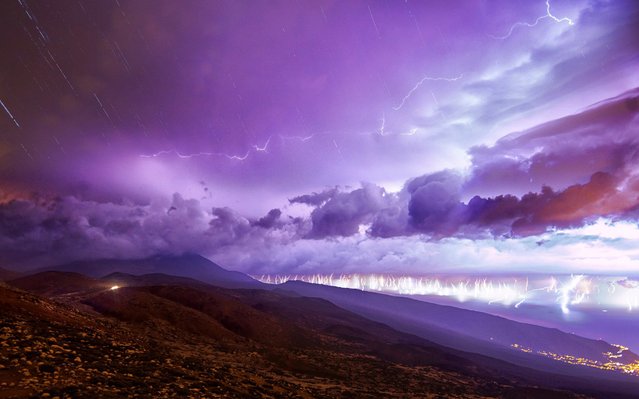 A handout photo made available by TeideLab shows an image composed of 200 pictures that shows the lightning activity between 3 am and 7am during a storm in Izana, Tenerife, Canary Islands, Spain, 27 October 2019. Over 2,000 lighting strikes fell mostly over Tenerife island last 26 October during a strong storm. (Photo by Daniel López/EPA/EFE/TeideLab)
Details
29 Aug 2020 00:03:00,post received 0 comments
Fact Some Photos: Lightning 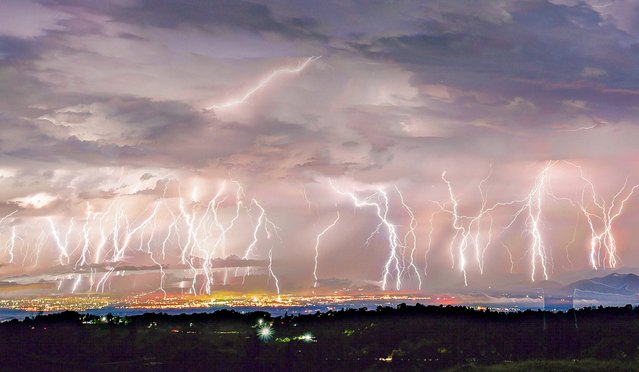 Composite picture of lightning strikes over Colima, Mexico in just 5 minutes on July 14, 2020. These incredible photos show over 50 forks of lightning striking a city in just five minutes – in a storm being dubbed “The Night of a Thousand Forks”. The amazing, panoramic photos over the valley shows the whole sky light up as the forks of lightning strike at different points along the length of the city's 165 square miles. (Photo by South West News Service/Action Press)
Details
31 Jul 2020 00:05:00,post received 0 comments
Touching Some Photos: Lightning 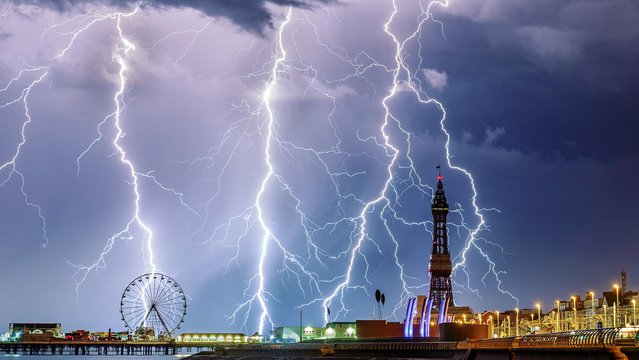 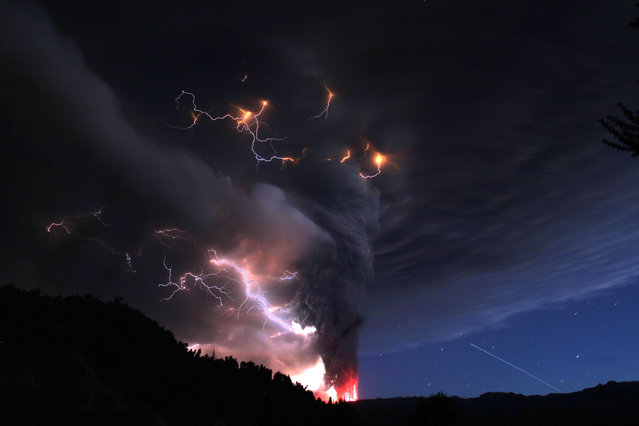 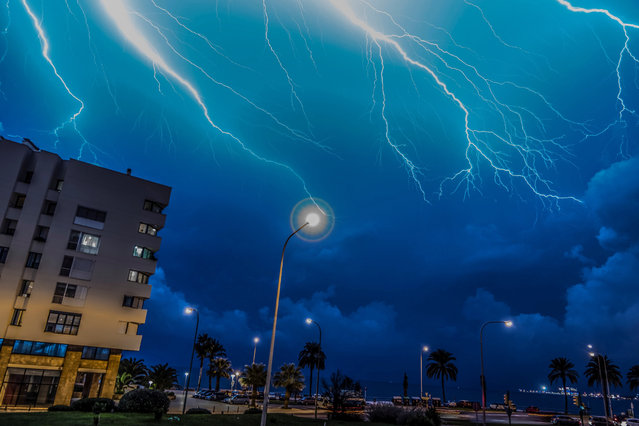 Lightning strikes during a storm over the promenade of Palma de Mallorca, Balearics, Spain, on November 4, 2017. Mallorca and Menorca were in yellow alert because of heavy rain and violent winds. (Photo by Cati Cladera/EPA/EFE)
Details
29 May 2018 00:03:00,post received 0 comments
Touching Mike Olbinski, a Storm Chaser 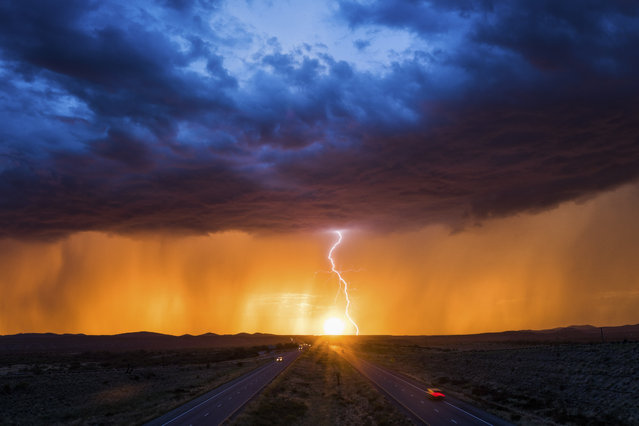 While most people head for cover at the first sign of a storm, this man runs straight toward it. Storm chaser and father of three Mike Olbinski is addicted to photographing extreme weather and regularly takes on tornadoes and supercell thunderstorms in a bid to capture extraordinary images. The photographer, from Phoenix, often travels hundreds of miles a day to reach the eye of a storm. He first became hooked on the unusual hobby almost a decade ago, following the birth of his daughter. Here: A stunning monsoon sunset coupled with intense lightning creating an amazing scene on August 26, 2017. (Photo by Mike Olbinski/Caters News Agency)
Details
06 Dec 2017 07:24:00,post received 0 comments
Touching Some Photos: Lightning 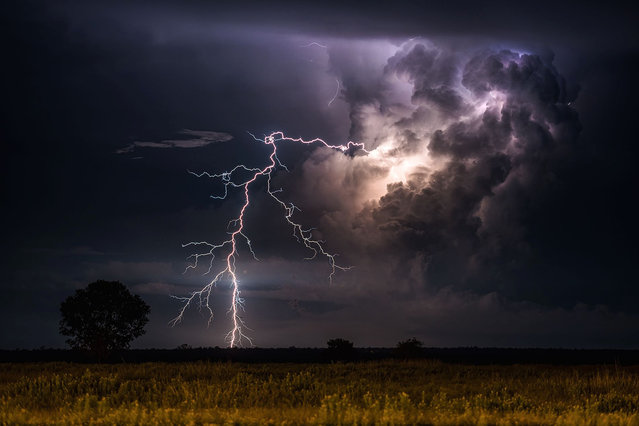 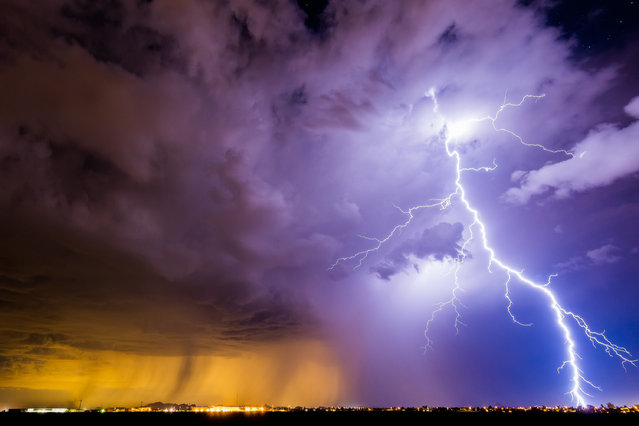