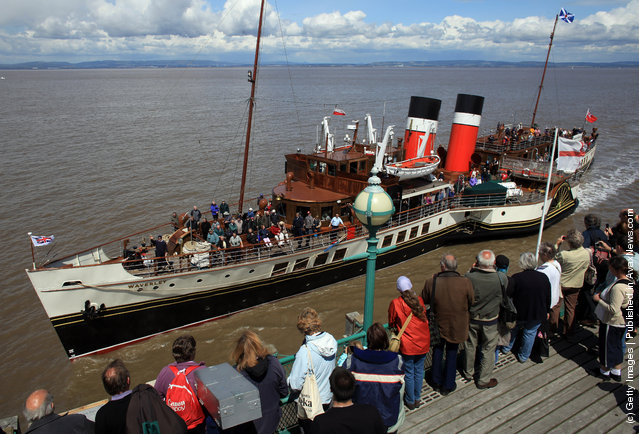 Passengers watch as The Waverley, the world's last remaining seagoing passenger paddle steamer arrives at Clevedon Pier on June 10, 2011 in Clevedon, England. Built in 1946, the trust which owns and operates the Waverley, is warning that this could be the last season for the vessel and is appealling for more public funding saying it is struggling to make ends meet in the current financial climate due in part to rising fuel costs. Restored in 1973 after service on Loch Long in Scotland, since 2003, Waverley has been listed in the British National Register of Historic Ships core collection as 'a vessel of pre-eminent national importance'. (Photo by Matt Cardy/Getty Images)
Details
11 Jun 2011 12:02:00,post received 0 comments
Publication archive:
←   →
Popular tags:
All tags
Last searches: