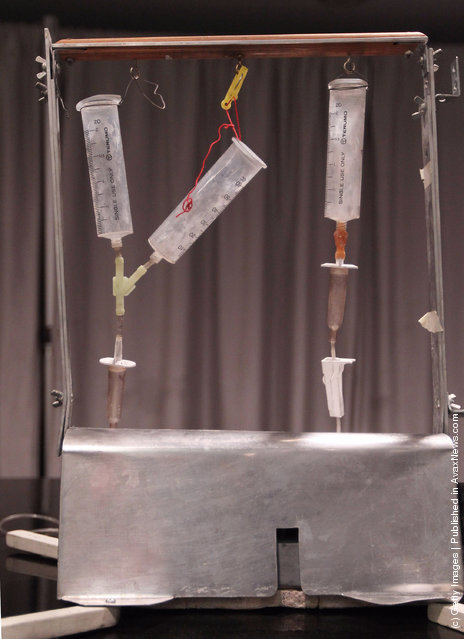 Photo: The “Thanatron”, often referred to as the “Death Machine”, is displayed during a press preview of an auction of the personal effects of Dr. Jack Kevorkian at the New York Institute of Technology on October 27, 2011 in New York City. The device was reportedly used by over 100 of Dr. Kevorkian's patients to terminate their lives. (Photo by Mario Tama/Getty Images)
Details
28 Oct 2011 12:26:00,post received 0 comments
Publication archive:
←   →
Popular tags:
All tags
Last searches: