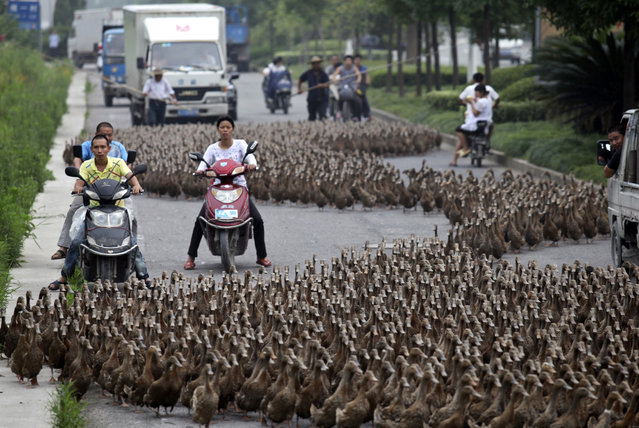 Farmers herd a flock of ducks along a street towards a pond as residents drive next to them in Taizhou, Zhejiang province, June 17, 2012. (Photo by Reuters/China Daily) 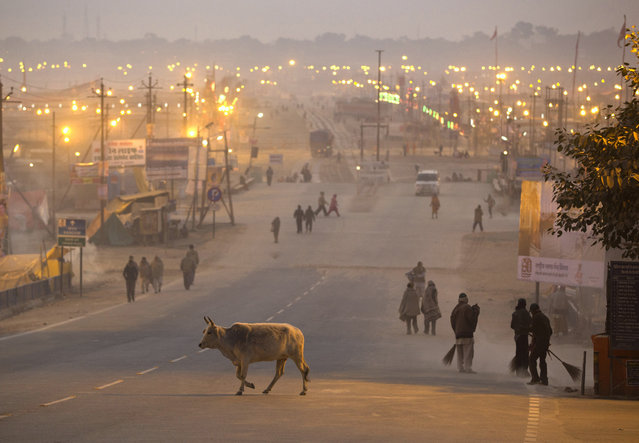 A cow crosses a road leading to the banks of the Ganges river, in the northern Indian city of Allahabad January 10, 2013. (Photo by Ahmad Masood/Reuters) 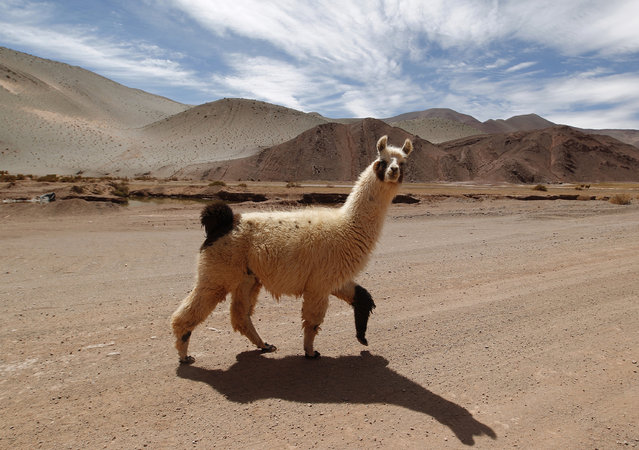 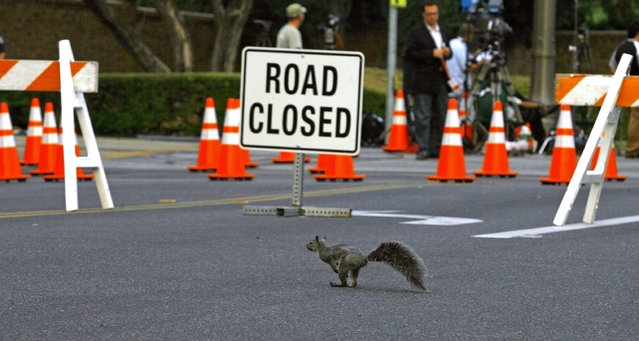 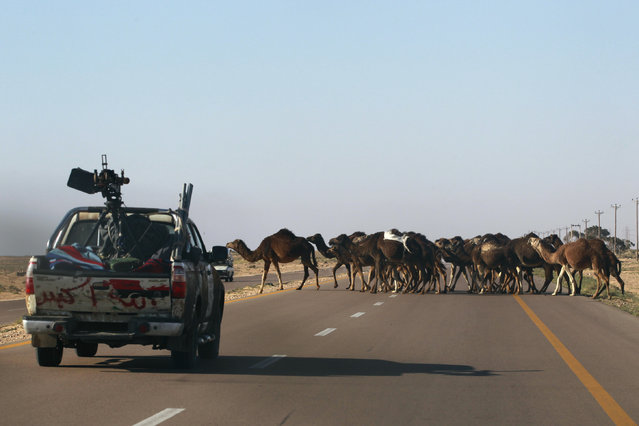 Camels cross a road as rebel fighters drive back on their vehicles from the frontline between Ajdabiyah and Benghazi April 11, 2011. (Photo by Youssef Boudlal/Reuters) 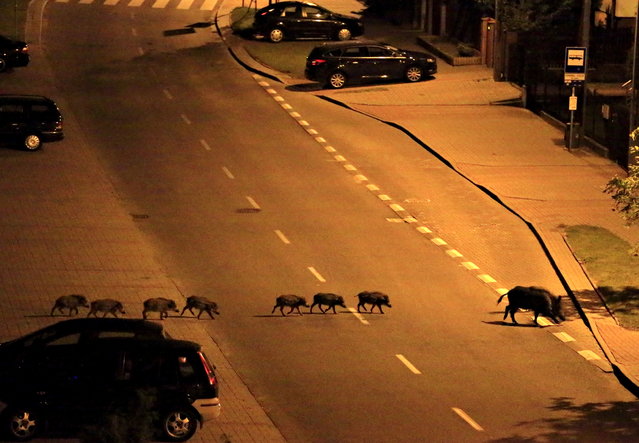 A female boar and her piglets cross a street during the night in Gdynia, Poland early July 25, 2015. (Photo by Radu Sigheti/Reuters) 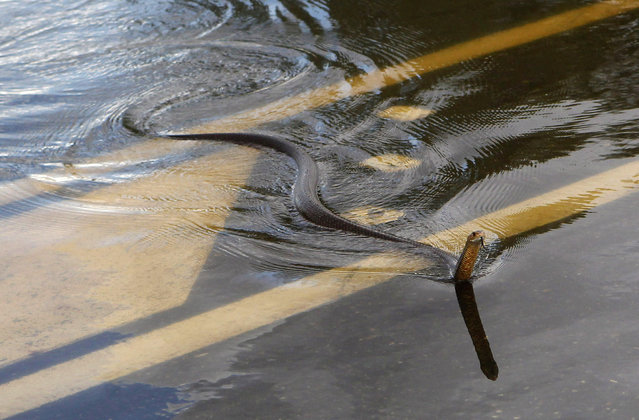 A snake crosses the Capricorn Highway which is under floodwaters 6km south of Rockhampton, Australia January 3, 2011. (Photo by Daniel Munoz/Reuters) 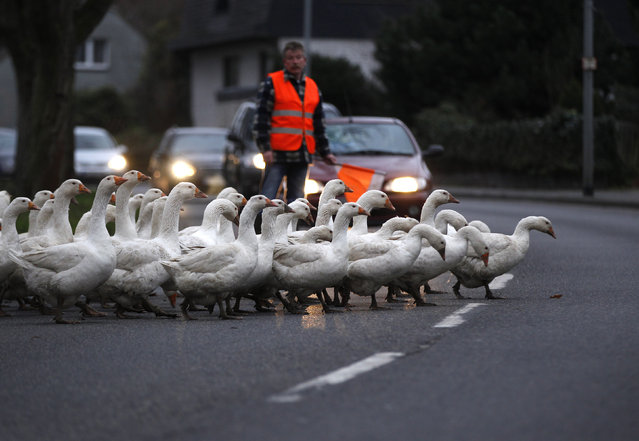 A farmer stops the traffic so his gaggle of geese can cross the road to get to their night time enclosure, in the western town of Duisburg December 8, 2011. (Photo by Ina Fassbender/Reuters) 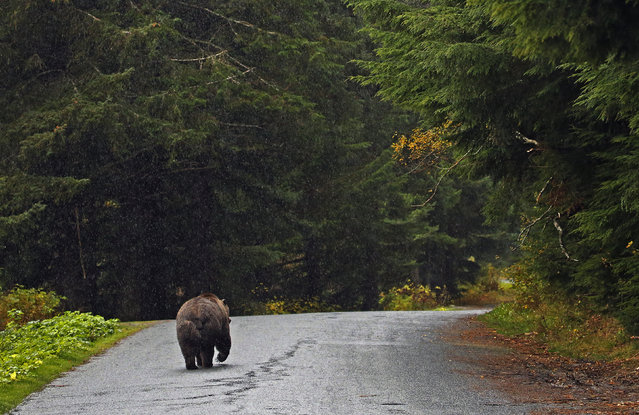 A coastal brown bear walks down a road in the rain next to the Chilkoot River near Haines, Alaska October 9, 2014. (Photo by Bob Strong/Reuters) 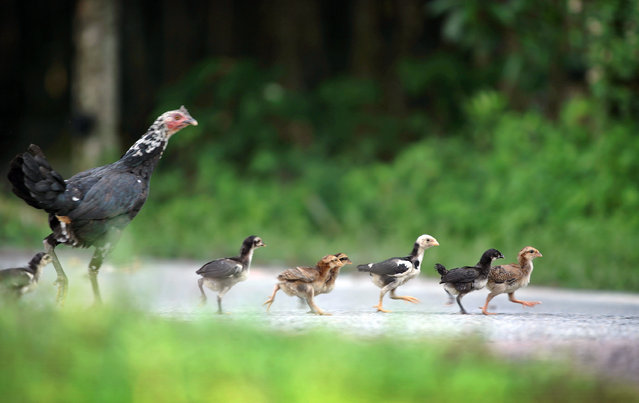 A hen and her chicks cross a street in the Malaysian village of Lui Barat November 9, 2005. (Photo by Bazuki Muhammad/Reuters) 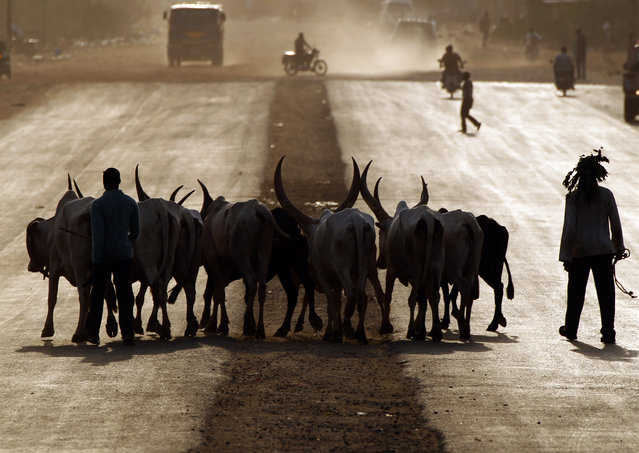 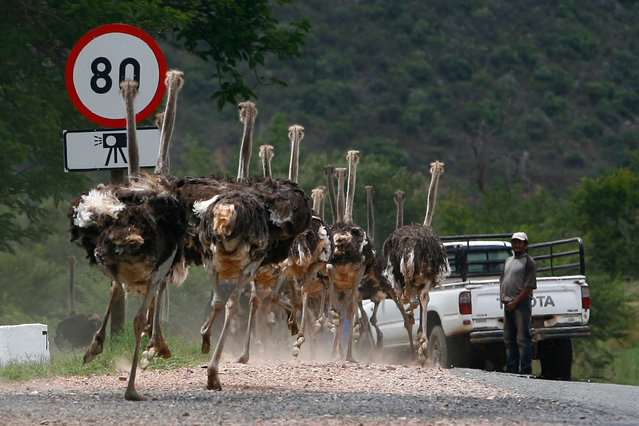 A herd of ostriches runs on a street after breaking out of their enclosure outside Oudtshoorn, east of Cape Town, South Africa January 7, 2008. (Photo by Alex Grimm/Reuters) 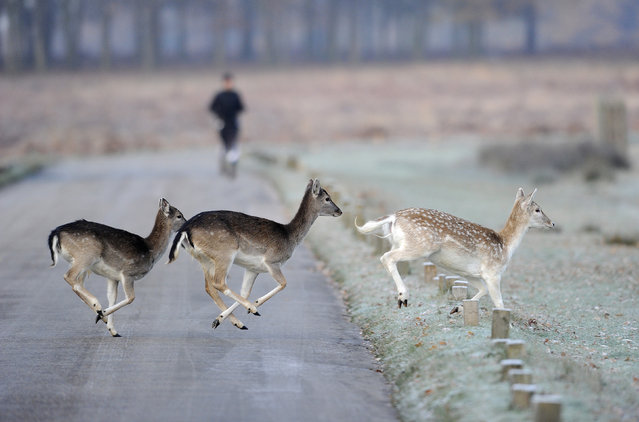 Deer run across the road as a man jogs through Richmond Park in south west London November 28, 2010. (Photo by Paul Hackett/Reuters) 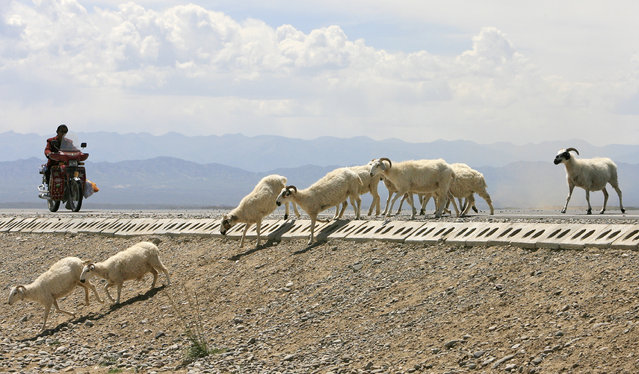 A motorcyclist stops as a herd of sheep cross a road in Gonghe County in west China's Qinghai province July 25, 2007. (Photo by Tim Chong/Reuters) 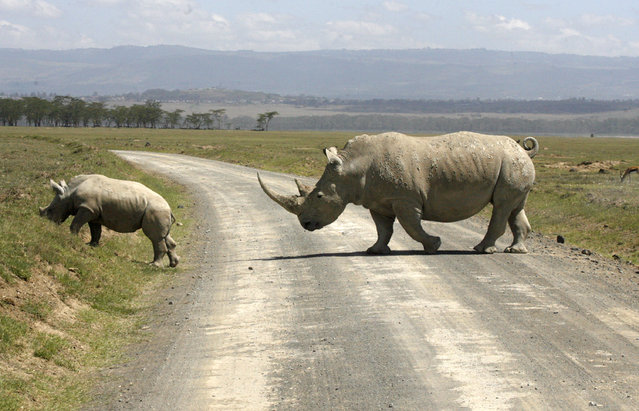 A white rhino and its baby cross a road on the drying shores of Lake Nakuru in Kenya's Rift Valley, December 18, 2009. (Photo by Thomas Mukoya/Reuters) 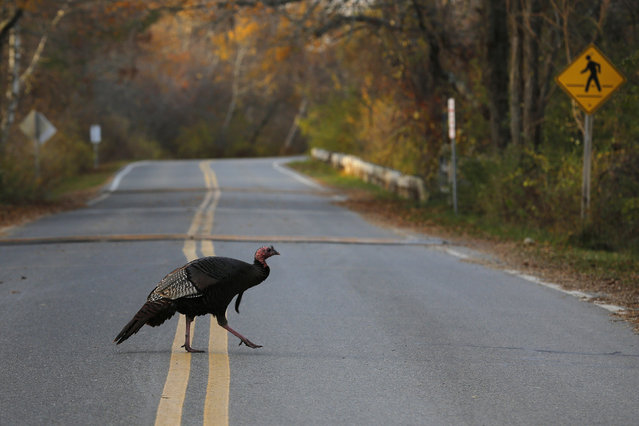 A wild turkey crosses the road in the Parker National Wildlife Refuge on Plum Island in Newbury, Massachusetts November 10, 2014. (Photo by Brian Snyder/Reuters) 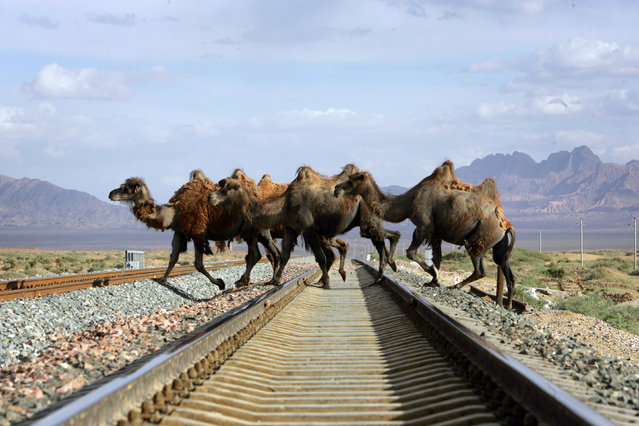 A row of camels cross a track of the Qinghai-Tibet Railway in Delingha County, China June 15, 2006. (Photo by Joe Chan/Reuters) 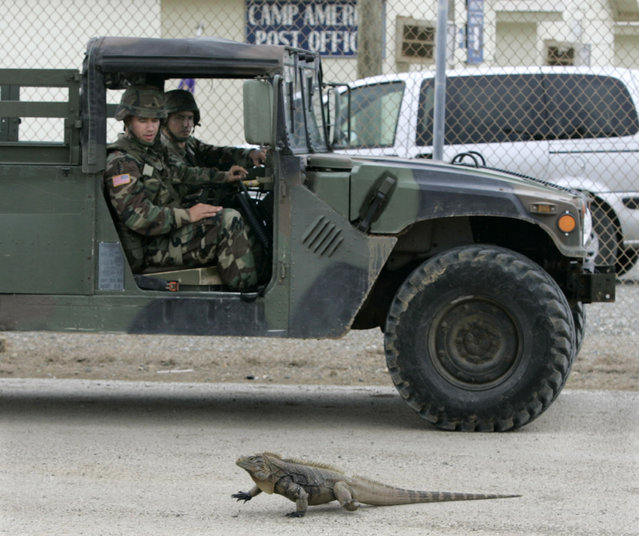 U.S. troops pass a large iguana on a road outside Camp America, which houses guards for detainees at the U.S. Naval Base Guantanamo Bay, Cuba July 30, 2004. (Photo by Joe Skipper/Reuters) 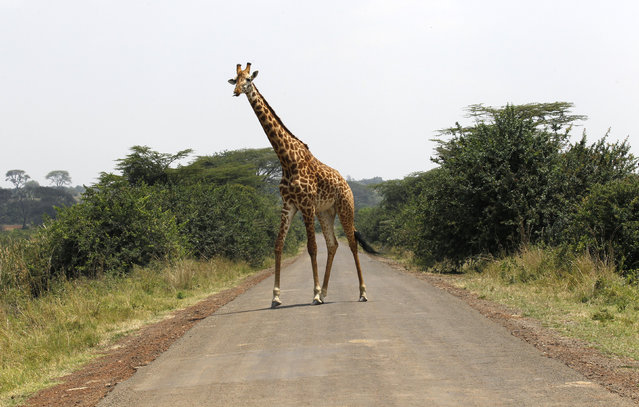