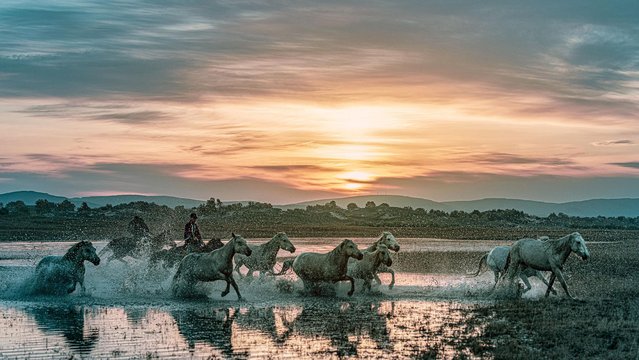 A herd of horses are guided by a shepherd, running through a river at sunrise at a stud-farm in Chifeng city, north China's Inner Mongolia Autonomous Region, 21 September 2020. (Photo by Rex Features/Shutterstock) 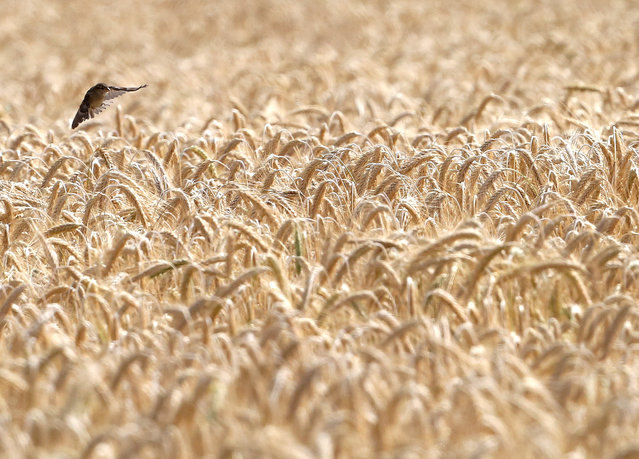 A house sparrow flies to the ripe ears of a barley field in Essen, Germany on July 6, 2020. As well as insects and their larvae, the sociable birds also eat grain, which is available here in abundance. (Photo by Roland Weihrauch/dpa) 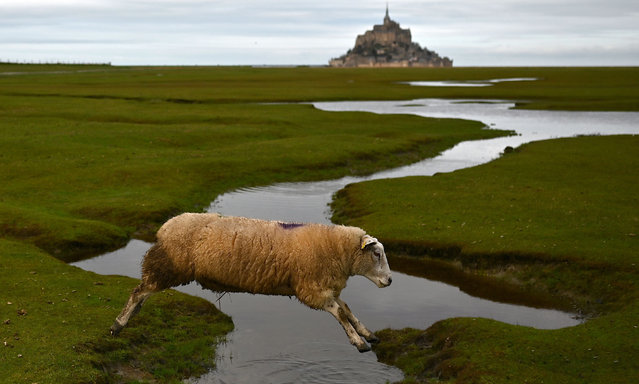 A picture taken on December 26, 2020 near Huisnes-sur-mer shows a grazing sheep on saltbush in front of the French landmark the Mont Saint-Michel in Normandy, northwestern France. (Photo by Charly Triballeau/AFP Photo) 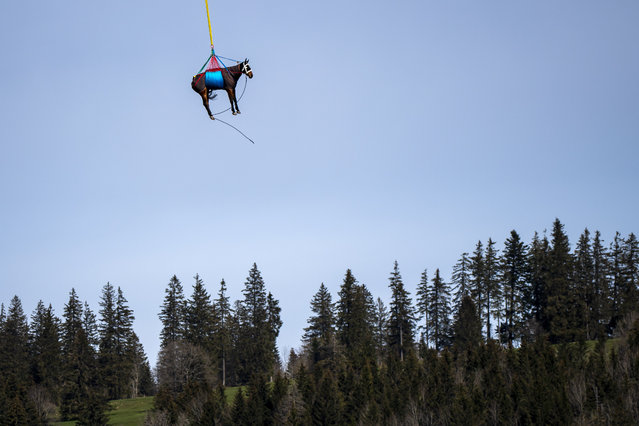 A Super Puma helicopter from the Swiss Air Force, carries a horse during an exercise in Saignelegier, Canton of Jura, Switzerland, 09 April 2021. The goal is to provide transportation and rapid evacuation of injured horses to a veterinary medical facility. (Photo by Jean-Christophe Bott/EPA/EFE) 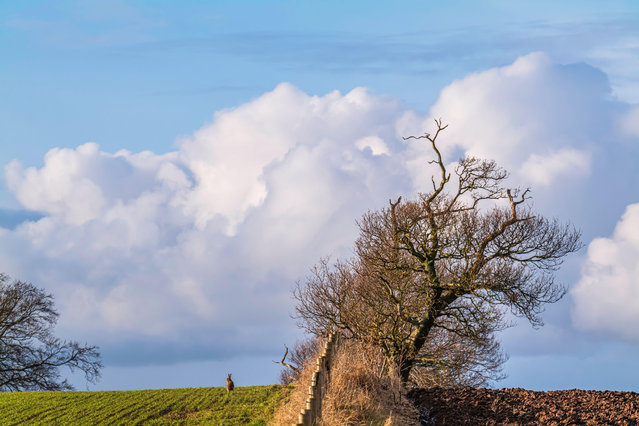 Brown hares on arable farmland near Kelso in the Borders in January 2021. Hares are a symbol of fertility and perform superconception, carrying a second litter of leverets before giving birth to the first. The start of February is the pagan celebration of Imbolc and the fertility goddess Brigid. (Photo by Chris Strickland/Alamy Live News) 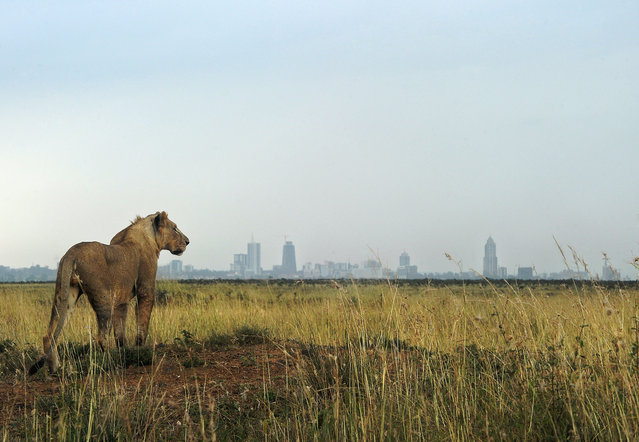 A young lion looks towards the skyline in Kenya’s Nairobi national park. The park faces threats of habitat loss, a decline in wildlife species and government infrastructure developments. According to National Geographic, 200,000 lions roamed across Africa a century ago. Today, there are fewer than 30,000. (Photo by Tony Karumba/AFP Photo) 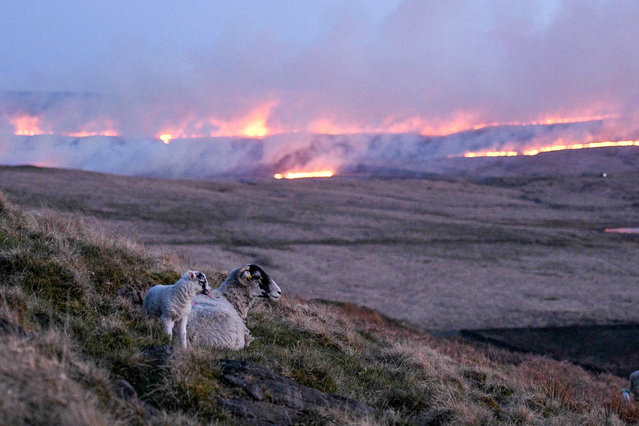 Sheep climb the hillside as flames from a moor fire are seen on Marsden moor, near Huddersfield in northern England on April 25, 2021. (Photo by Oli Scarff/AFP Photo) 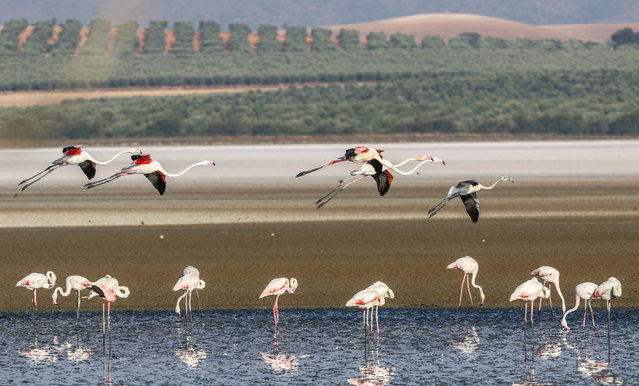 Flamencos feed at the laguna of this natural reserve in Fuente de Piedra, Spain on August 13, 2020. The reserve has hosted about 10,000 breeding pairs of common flamenco and the birth of 6,030 chickens this year. This wetland is one of the most important for the reproduction of the flamingo populations of the Mediterranean and north-west Africa. (Photo by Lorenzo Carnero/Zuma Wire/Rex Features/Shutterstock) 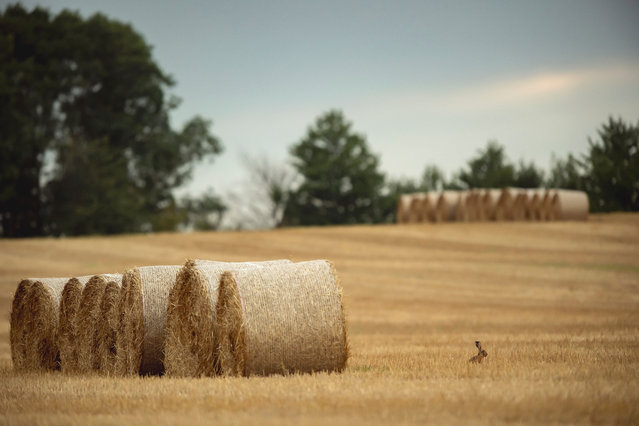 A hare sits on a harvested field next to straw bales near Herrnleis, some 50 kilometers northern Austrian capital Vienna, Austria, 05 Augu​st 2020. (Photo by Christian Bruna/EPA/EFE) 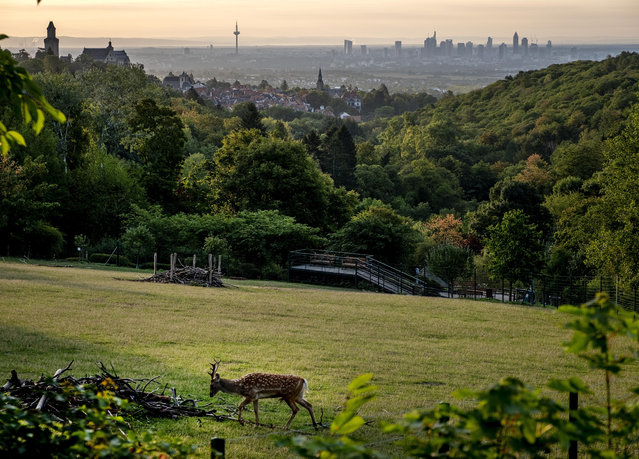 A deer walks on a meadow with the city of Frankfurt in background in Kronberg, Germany, Sunday, September 6, 2020. (Photo by Michael Probst/AP Photo) 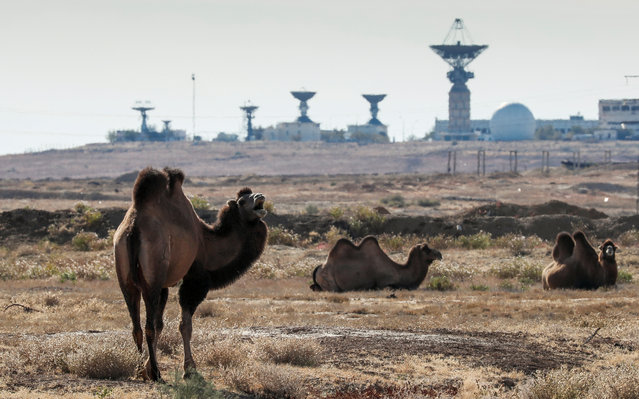 Camels graze in front of a spacecraft tracking station ahead of the Soyuz MS-10 upcoming launch at the Baikonur Cosmodrome, Kazakhstan, October 9, 2018. (Photo by Shamil Zhumatov/Reuters) 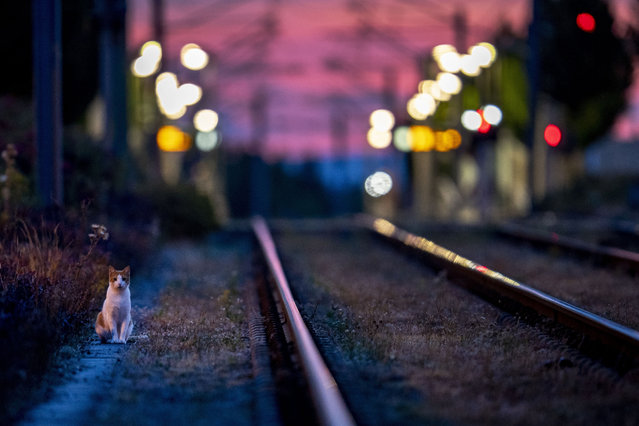 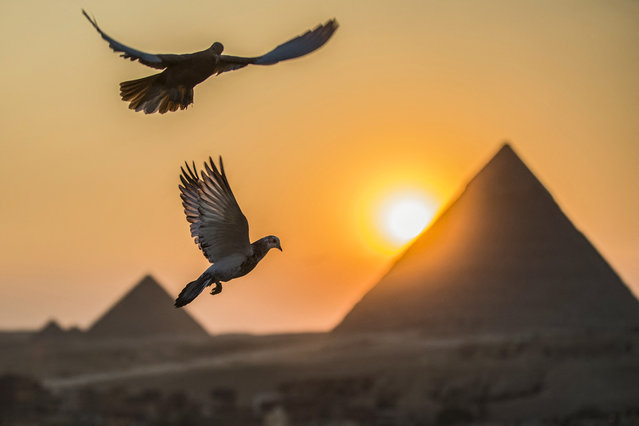 Pigeons fly in the sky above the Egyptian capital's twin city of Giza on February 21, 2021, with the Pyramids of (R to L) Khafre (Chephren) and Menkaure (Menkheres) in the background. (Photo by Khaled Desouki/AFP Photo) 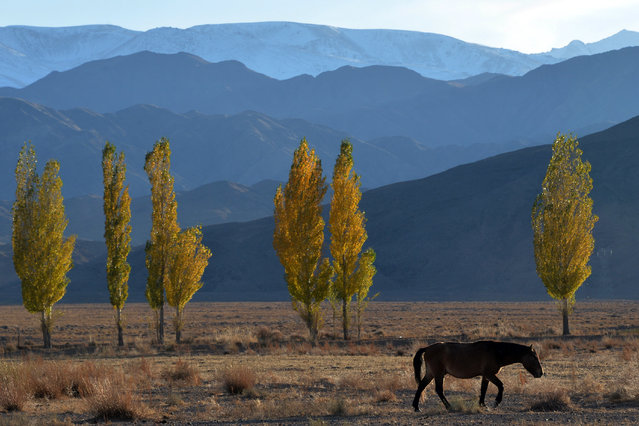 A horse grazes near the Issyk-Kul lake, some 300 km from the Kyrgyzstan's capital Bishkek on October 25, 2015. (Photo by Vyacheslav Oseledko/AFP Photo) 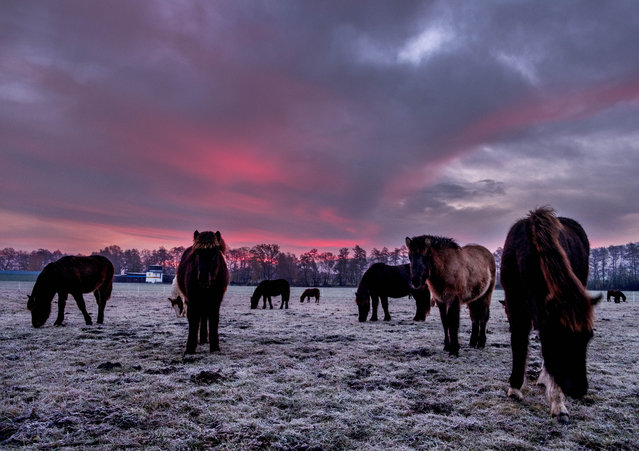