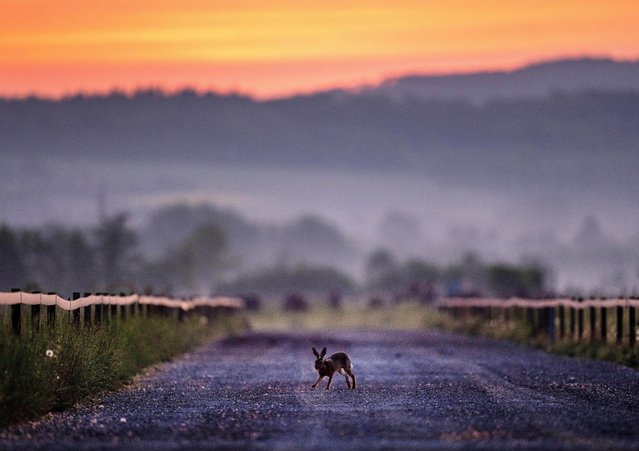 A hare runs on a race track for horses at a stud farm in Wehrheim near Frankfurt, Germany, Tuesday, May 10, 2022. (Photo by Michael Probst/AP Photo) 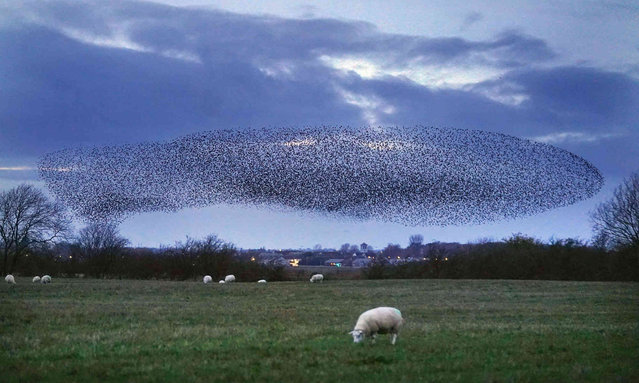 A murmuration of starlings fly over a field at dusk close to the Scottish border, in Cumbria, England, Thursday, November 25, 2021. Bird experts believe that murmurations offers safety in numbers from predators trying to target an individual starling in the middle of thousands as well the opportunity to keep warm at night or share information, such as good feeding or roosting areas. (Photo by Owen Humphreys/PA Wire via AP Photo) 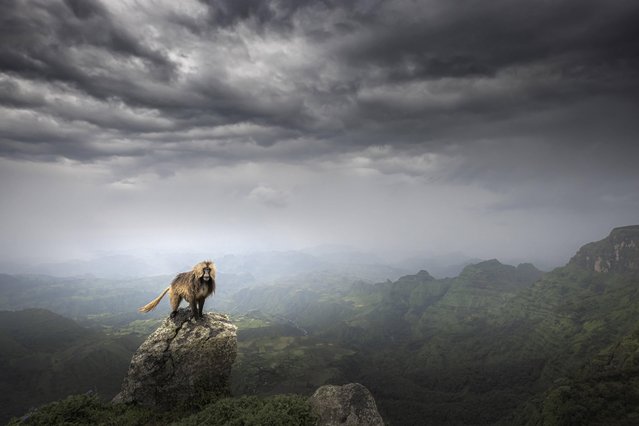 A gelada monkey on a mountain in Ethiopia in November 2022. Closely related to baboons, the monkeys live at an altitude of between 1,800 and 4,400 metres. (Photo by Marco Gaiotti/Media Drum Images) 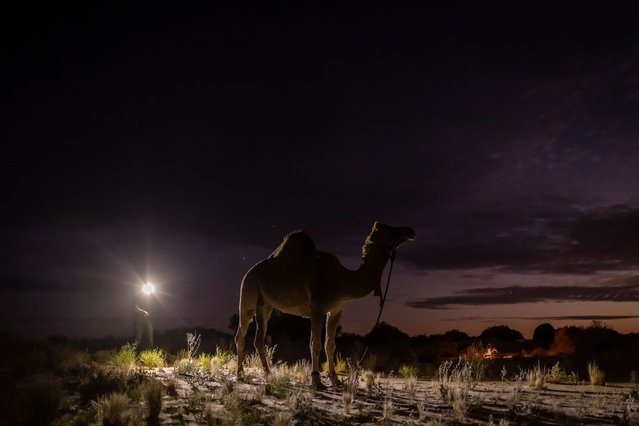 One Sophie Matterson's Camels is lit by her head torch as camp is made for the night on May 21, 2021 near Oodnadatta, Australia. Sophie Matterson, 32, is on a 5,000km journey – walking with five camels coast to coast from Australia's western-most point in Shark Bay, Western Australia, to its eastern-most point in Byron Bay, New South Wales. (Photo by Brook Mitchell/Getty Images) 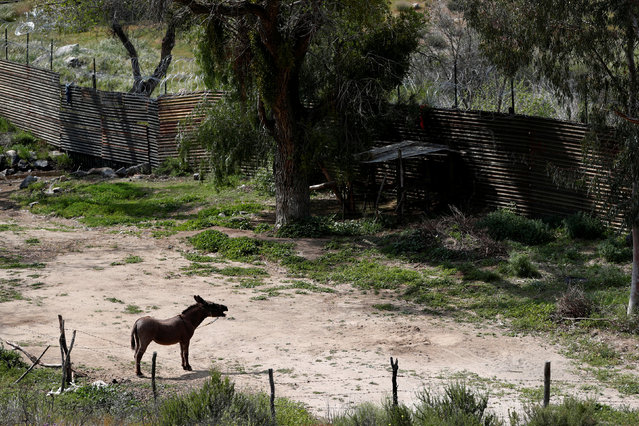 A donkey brays next to the border fence between Mexico and the U.S. in Tecate, Mexico on April 4, 2019. (Photo by Carlos Jasso/Reuters) 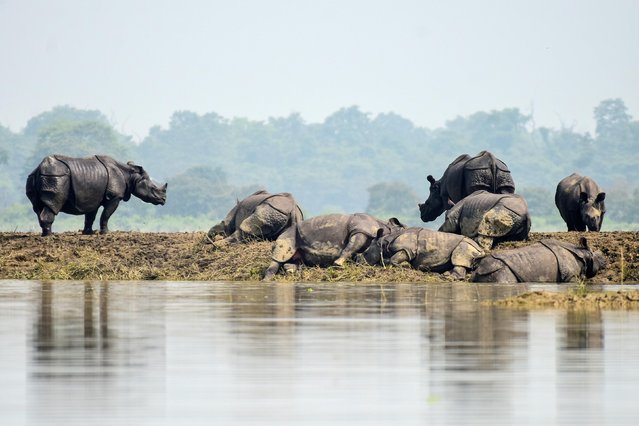 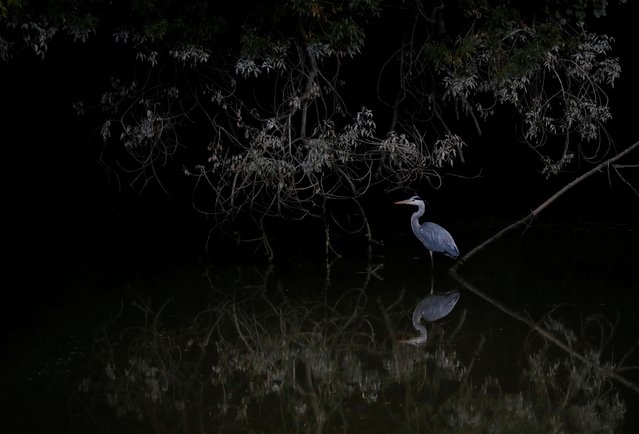 A heron is seen near the Sevres river in Vertou near Nantes, France, September 23, 2019. (Photo by Stephane Mahe/Reuters) 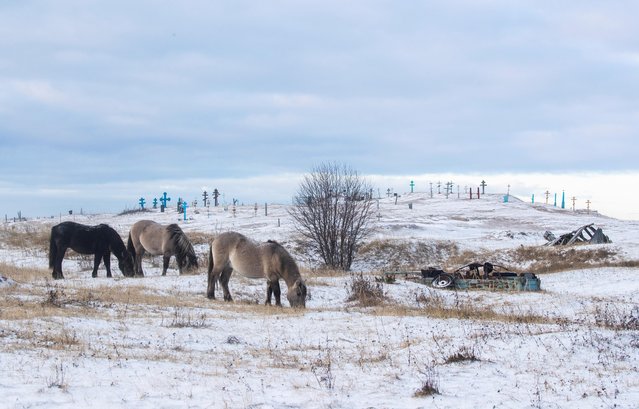 Horses pasture on snow-covered dunes next to a cemetery and abandoned cars outside the village of Kuzomen in Murmansk region, Russia on November 1, 2019. (Photo by Maxim Shemetov/Reuters) 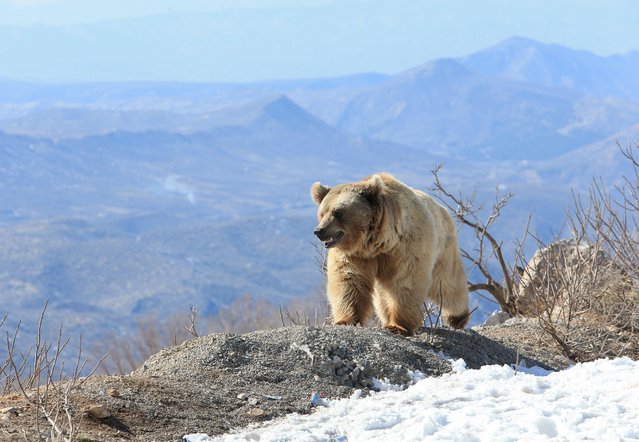 A bear walks after Kurdish animal rights activists released it into the wild after rescuing bears from captivity in people homes, in Dohuk, Iraq on February 11, 2021. (Photo by Ari Jalal/Reuters) 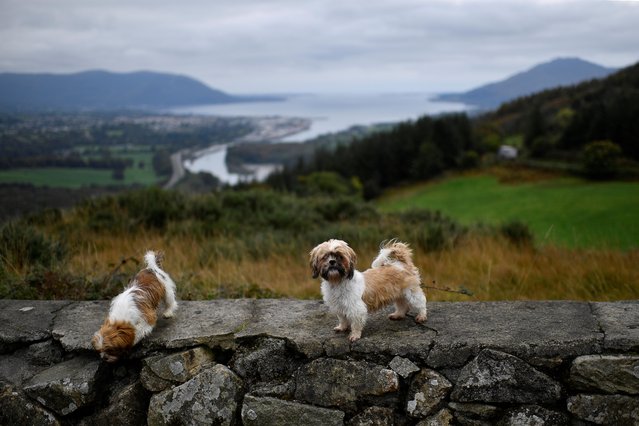 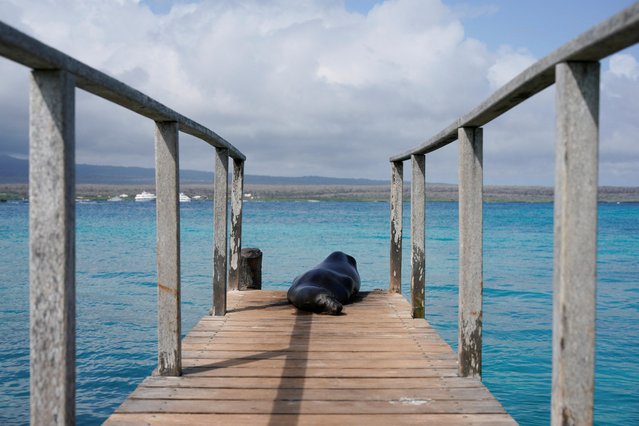 A sea lion rests on a dock on Santa Cruz Island, after Ecuador announced the expansion of a marine reserve that will encompass 198,000 square kilometres (around 76,448 square miles), in the Galapagos Islands, Ecuador on January 16, 2022. (Photo by Santiago Arcos/Reuters) 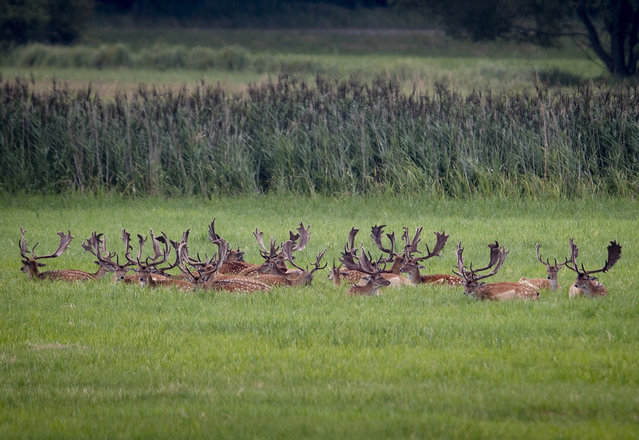 Deer have laid down and rest on a meadow near the airport in Frankfurt, Germany, Monday, August 5, 2019. (Photo by Michael Probst/AP Photo) 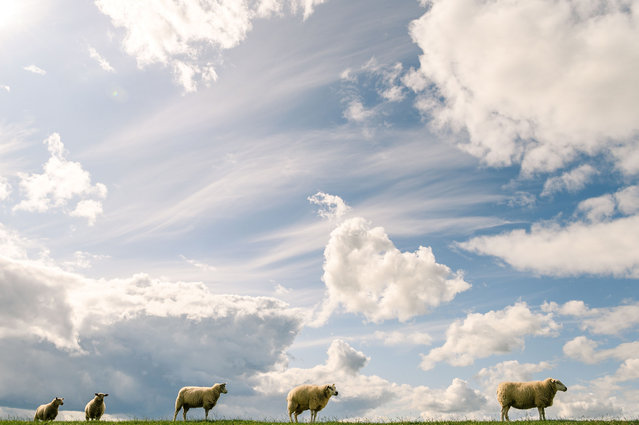 Sheep stand on a dyke as clouds cover the sky over Tossens, northern Germany, on September 2, 2019. (Photo by Mohssen Assanimoghaddam/dpa/AFP Photo) 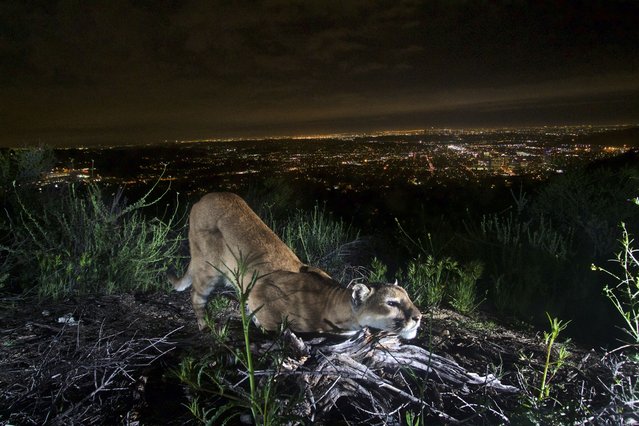 This uncollared adult female mountain lion is seen “cheek-rubbing”, leaving her scent on a log in the Verdugo Mountains with Glendale and the skyscrapers of downtown Los Angeles. in the background on March 21, 2016. Los Angeles and Mumbai, India are the world’s only megacities of 10 million-plus where large felines breed, hunt and maintain territory within urban boundaries. Long-term studies in both cities have examined how the big cats prowl through their urban jungles, and how people can best live alongside them. (Photo by National Park Service via AP Photo) 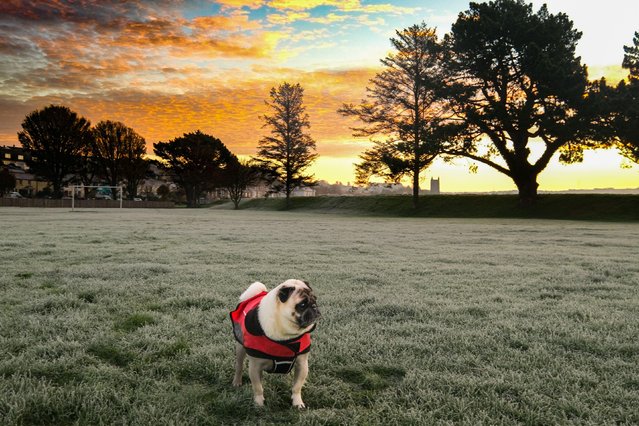 December got off to a frosty start for Dennis the Pug at Wadebridge in North Cornwall this morning. With temperatures dipping below zero on the river Camel this morning, December 2, 2022. (Photo by Simon Maycock/Alamy Live News)
Edit Del
24 Dec 2022 03:55:00, post received 0 comments
Publication archive:
←   →
Popular tags:
All tags
Last searches: