Touching Baby Giraffe
“The Rothschild Giraffe (Giraffa camelopardalis rothschildi) is among the most endangered giraffe subspecies with only a few hundred members in the wild. It is named after the famous family of the Tring Museum's founder, Lord Walter Rothschild, and is also known as the Baringo Giraffe, after the Lake Baringo area of Kenya, or as the Ugandan Giraffe. All of those that are living in the wild are in protected areas in Kenya and Uganda. (Recently it has been proposed that the Rothschild Giraffe is actually a separate species from other giraffes and not a giraffe subspecies).

While giraffes in general are classified as Least Concern, the Rothschild Giraffe is at particular risk of hybridisation, as the population is so limited in numbers. There are very few locations where the Rothschild Giraffe can be seen in the wild, with notable spots being Lake Nakuru National Park in Kenya and Murchison Falls National Park in northern Uganda”. – Wikipedia 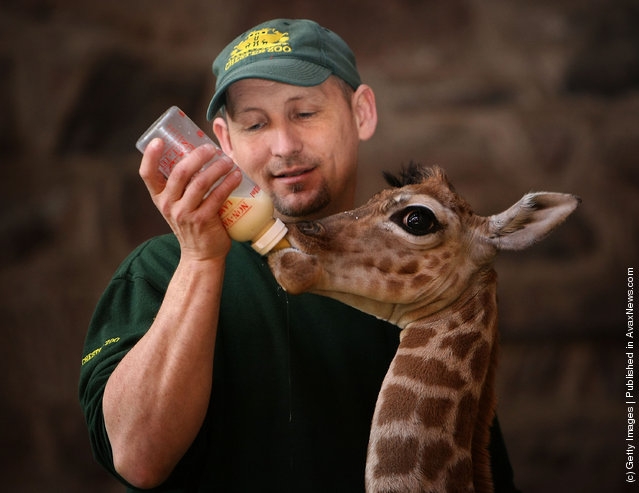 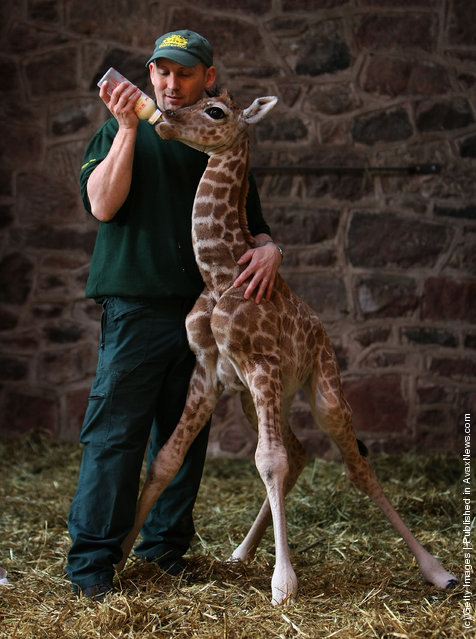 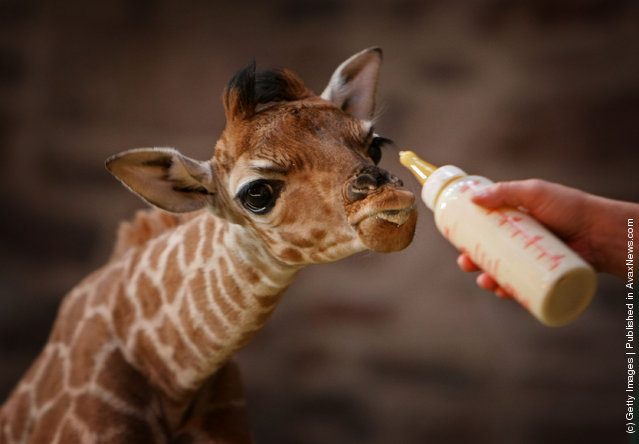 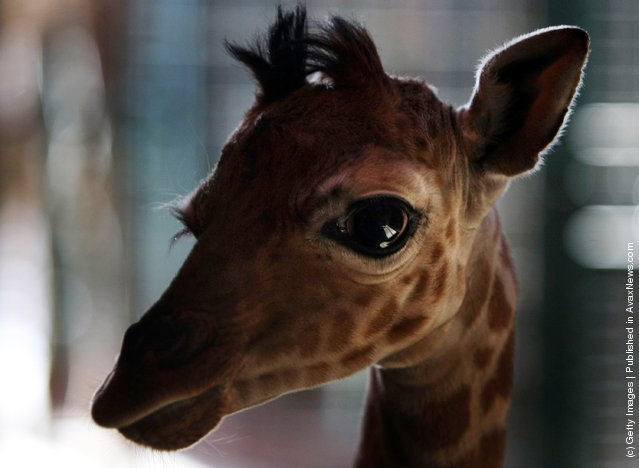