Touching Baby Wallaby
“A wallaby is any of about thirty species of macropod (Family Macropodidae). It is an informal designation generally used for any macropod that is smaller than a kangaroo or wallaroo that has not been given some other name.

Very small forest-dwelling wallabies are known as pademelons (genus Thylogale) and dorcopsises (genera Dorcopsis and Dorcopsulus). The name wallaby comes from the Eora Aboriginal tribe who were the original inhabitants of the Sydney area. Wallabies are herbivores whose diet consists of a wide range of grasses, vegetables, leaves, and other types of foliage. Due to recent urbanization, many wallabies can now be found feeding in rural and urban areas. Wallabies have been known to cover vast distances for food and water, which is often scarce in its environment. Mobs of wallabies can often be spotted congregated around the same water hole during the dry season.

Wallabies face several threats to their existence. Wild dogs, foxes, and feral cats are among the animal predators wallabies face. The wallaby utilizes its powerful hind leg to fend off predators. Their powerful legs are not only used for bounding at high speeds and jumping great heights, but can also be used to administer powerful kicks to potential predators. The wallaby also has a powerful tail that is used mostly for balancing and holding itself up. Humans also pose a significant threat to wallabies due to the increased interactions between people and wallabies in populated areas. Many wallabies have been involved in vehicle accidents as they often feed near roads and urban areas”. – Wikipedia 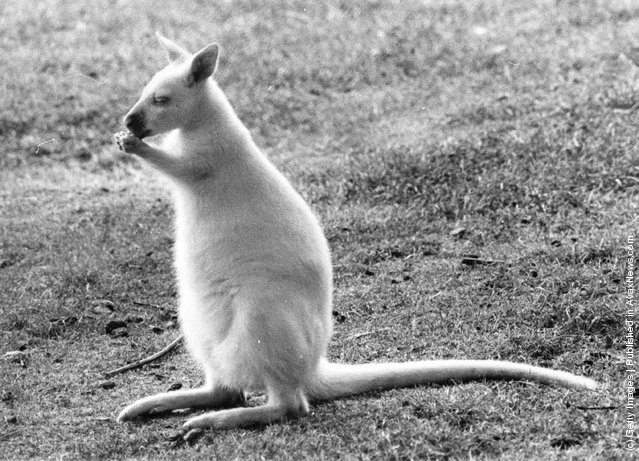 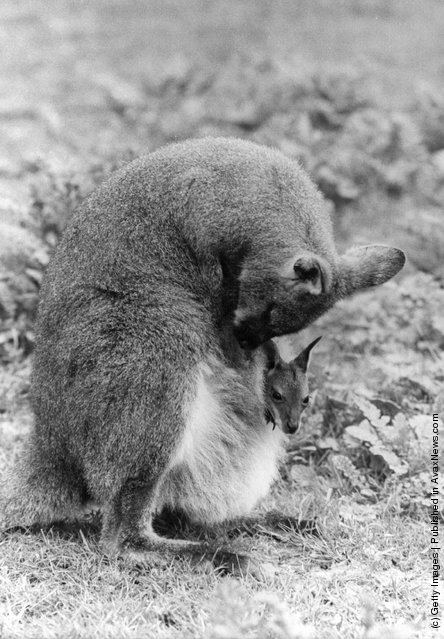 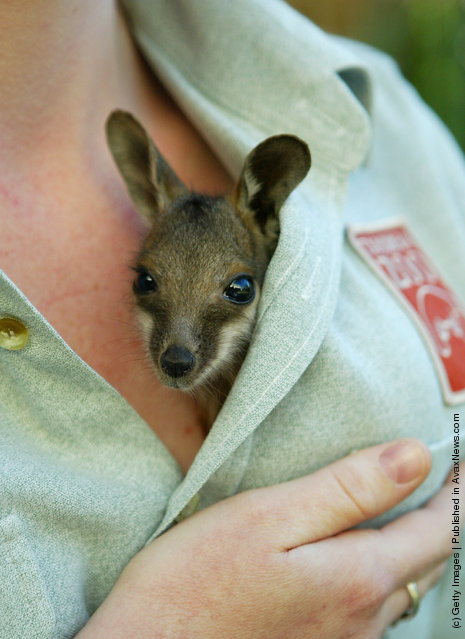 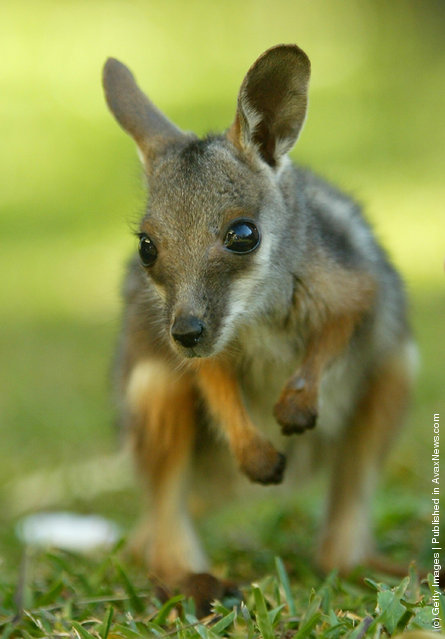 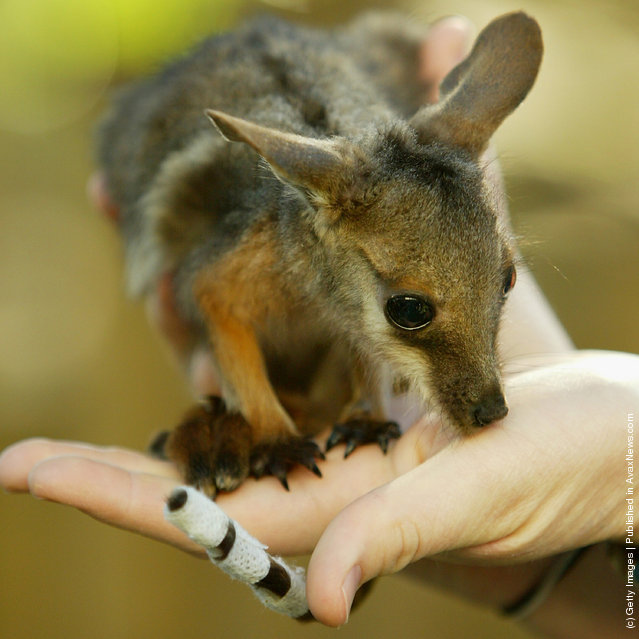 Petra, a baby yellow-footed Rock Wallaby, was one of the marsupials on show during the spring baby boom at Taronga Zoo September 1, 2005 in Sydney, Australia. Petra, who zoo officials determined was not being cared for adequately by her mother, has a dislocated tail. (Photo by Mark Nolan/Getty Images) 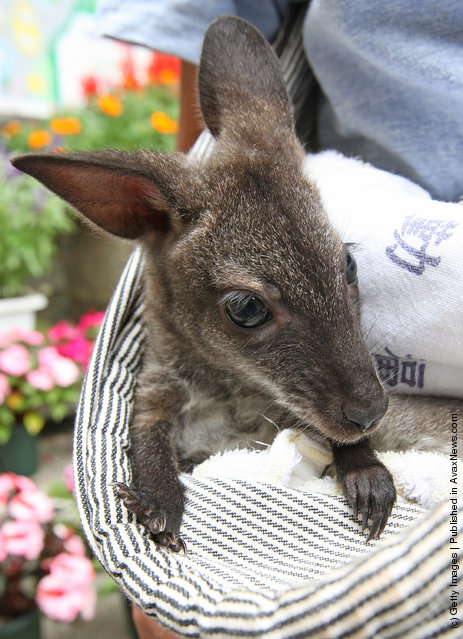 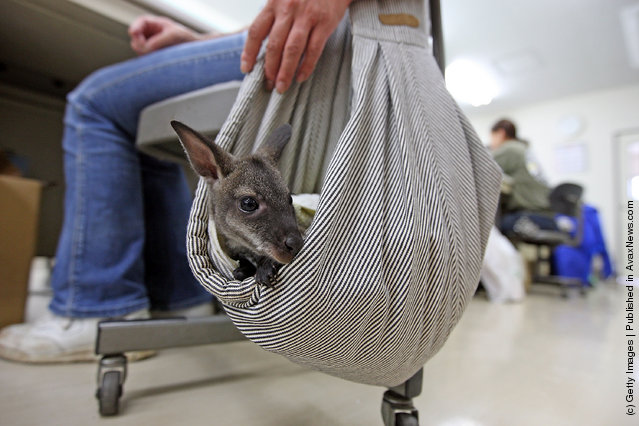 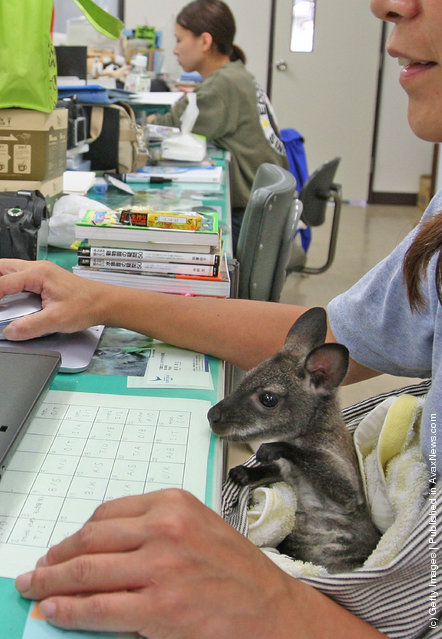 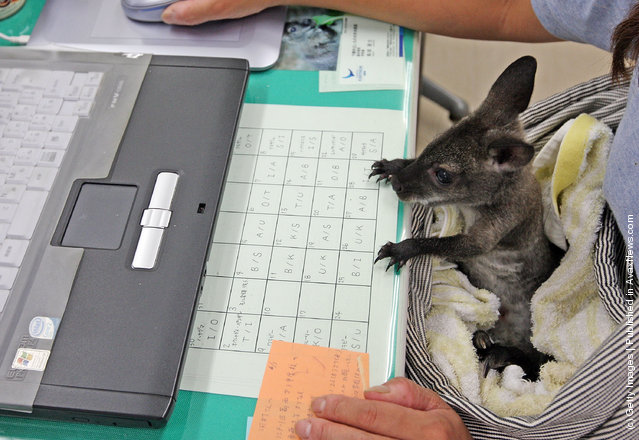 A baby wallaby sits in a zoo attendant's lap at Edogawa Natural Zoo on August 4, 2009 in Tokyo, Japan. The staff of the zoo have raised the young wallaby after her mother neglected her. (Photo by Junko Kimura/Getty Images)
Edit Del
07 Sep 2011 13:33:00, post received 0 comments
Publication archive:
←   →
Popular tags:
All tags
Last searches: