Touching Car2go Launches First Carsharing Program in Washington DC
“Car2Go is a subsidiary of Daimler AG that provides carsharing services in several cities in Europe and North America. In November 2011 the world's first all-electric carsharing network was launched in San Diego, California, with a fleet of 300 Smart EDs. A fleet of the same size, will also be deployed in Amsterdam by late November 2011,and so becoming the fifth city with a Car2Go service and the first in Europe with an all-electric fleet.

A fleet is located throughout the greater downtown area and can be accessed on-demand or booked 24 hours in advance. The members may use the vehicle for as long as they like, without committing to a specific return time or return location. The driver can finish the rental in any available public parking space within the business area or at one of the specially marked car2go spaces. Charges are based on minutes used and include fuel, insurance, parking and maintenance. There is a one-time registration fee of $35.

In July 2011, Car2Go announced that 300 Smart EDs would go into carsharing service in San Diego and Amsterdam before the end of 2011. The company stated that the carsharing electric cars will have a range of 84 miles (135 km) and based on their experience with usage in other cities, they will most likely need to be recharged every two or three days. When reserving the electric car online, San Diego Car2Go members will be able to see the battery's state of charge, so if the customer wants to go for an extended drive, the option is available to find the right car for that trip”. – Wikipedia 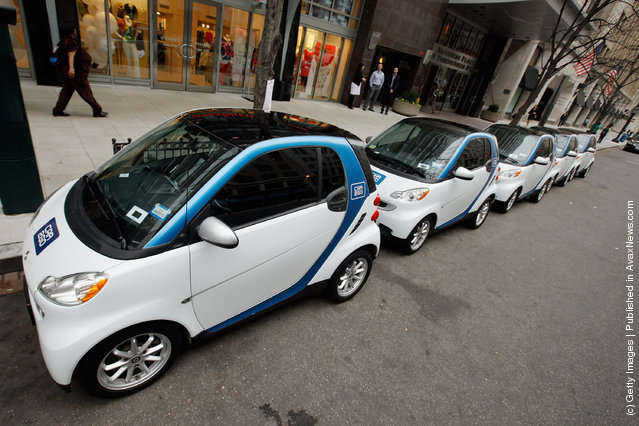 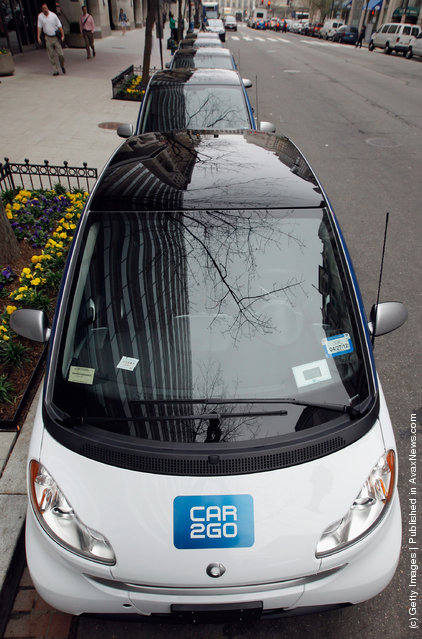 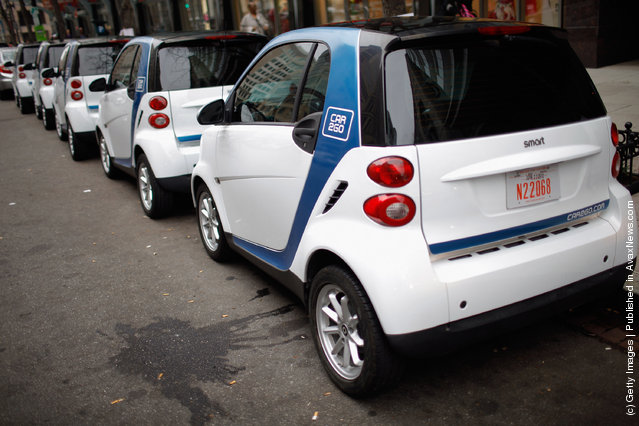 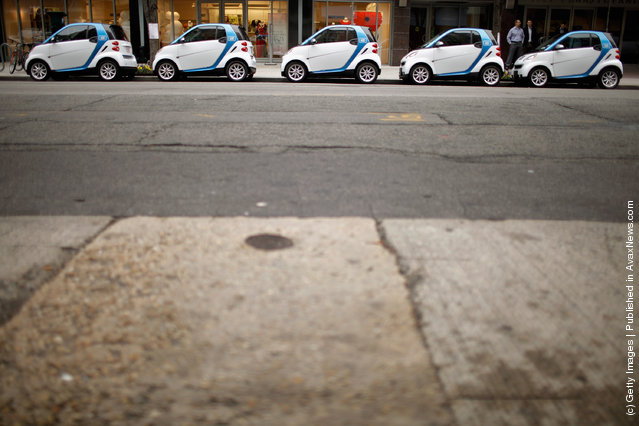 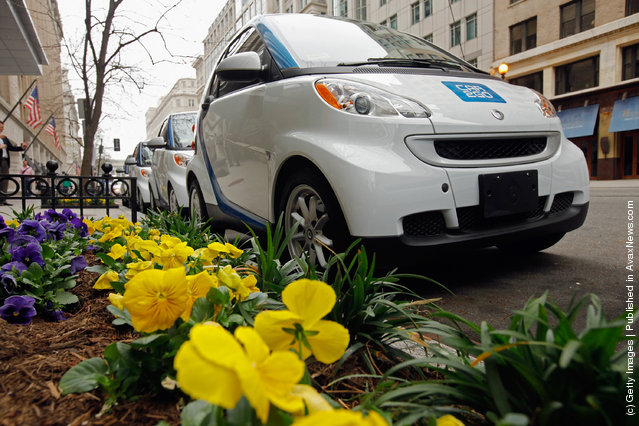 Car2go vehicles are lined up for display March 22, 2012 in Washington, DC. Beginning March 24, car2go will offer the first free-floating car-sharing service in Washington and Portland, Oregon, where customers can use a smartphone app to locate available cars in the 34-square-mile “Home Area”.' After paying a one-time $35 membership fee, drivers can then rent the Smart Fortwo vehicles by the minute, paying only for the time they use the vehicle, with discounted rates for hourly and daily use. (Photo by Chip Somodevilla/Getty Images) 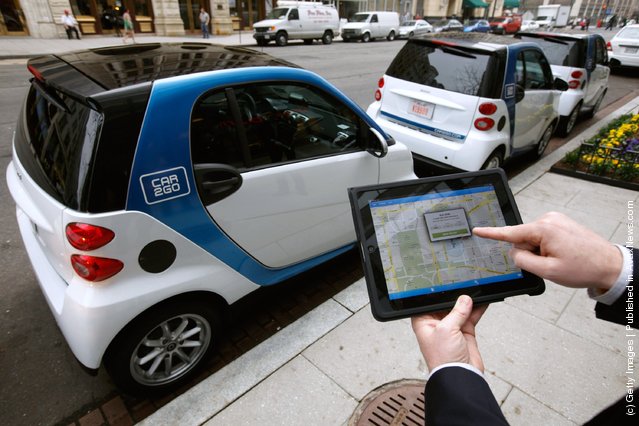 A car2go employee shows how members can use a smartphone or iPad app to locate and reservec car2go vehicles March 22, 2012 in Washington, DC. (Photo by Chip Somodevilla/Getty Images) 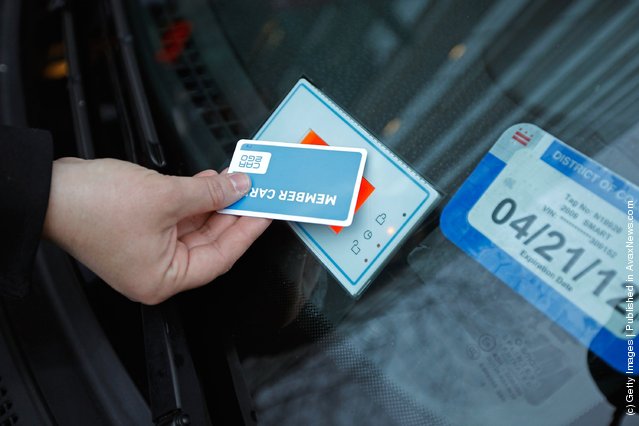 A car2go empoloyee demonstrates how members use a card to access the car during a press preview March 22, 2012 in Washington, DC. (Photo by Chip Somodevilla/Getty Images) 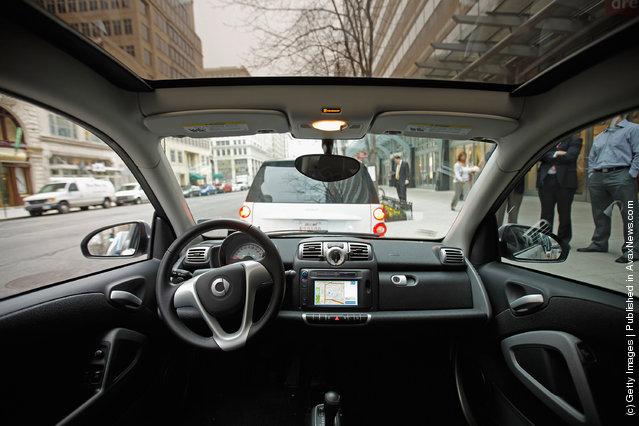 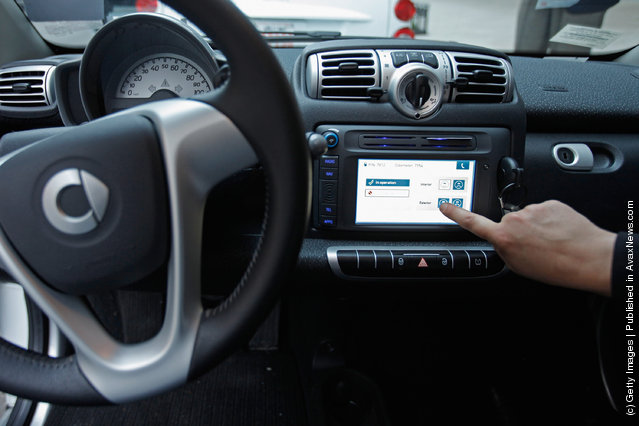 A car2go empoloyee demonstrates how members use the built-in touchscreen to access the car during a press preview March 22, 2012 in Washington, DC. (Photo by Chip Somodevilla/Getty Images) 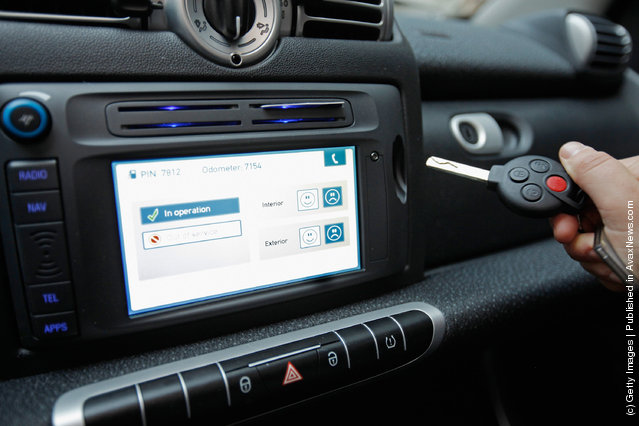