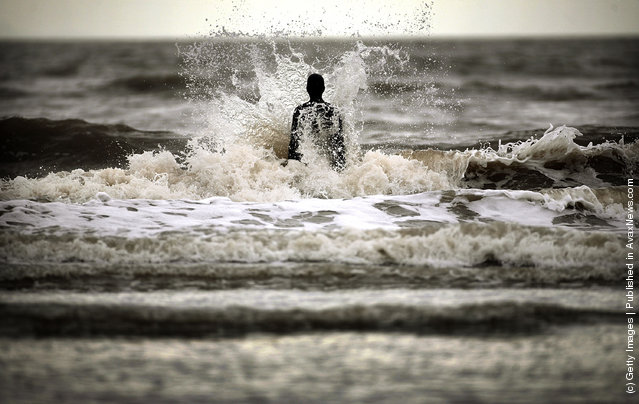 One of the life-size body cast statues of “Another Place” created by the artist Antony Gormley on Crosby beach stands up to the spring tide on 13 March, 2008, Liverpool, England. (Photo by Christopher Furlong/Getty Images) 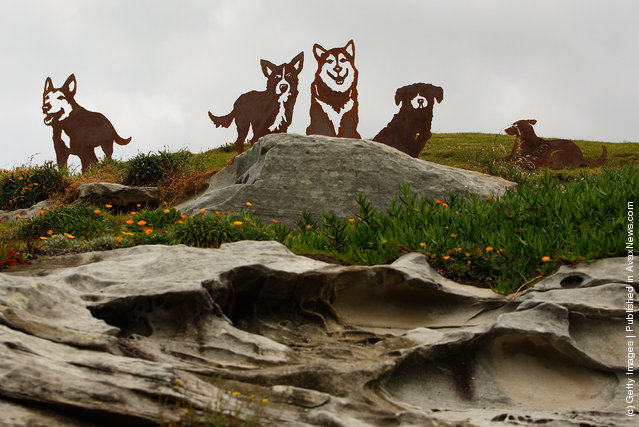 “Every Dog Has Its Day” by Geoff Harvey is seen at the 2008 Sculpture by the Sea launch at Marks Park in Bondi on October 15, 2008 in Sydney, Australia. (Photo by Cameron Spencer/Getty Images) 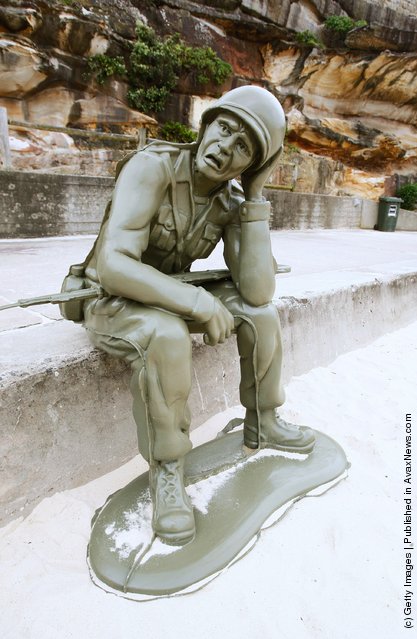 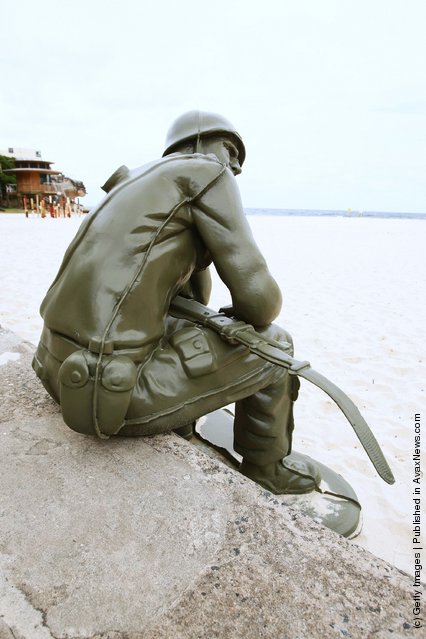 Artwork by Ruth Bellotti & Steve Rosewell called “Soldier Scale 1:1” is seen at the 2008 Sculpture by the Sea launch at Mark's Park, Bondi on October 15, 2008 in Sydney, Australia. (Photo by Gaye Gerard/Getty Images) 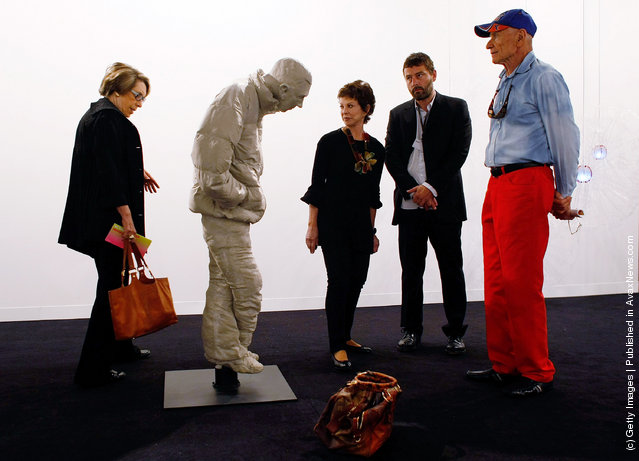 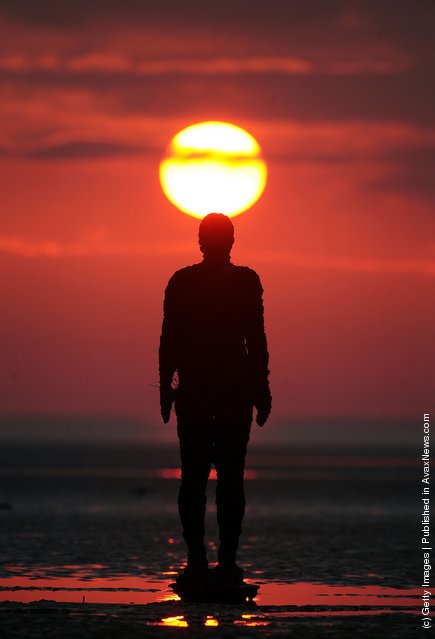 One of the life-size body cast statues of “Another Place” created by the artist Antony Gormley silently watches the sunset on Crosby beach on January 8, 2009 in Crosby, England. (Photo by Christopher Furlong/Getty Images) 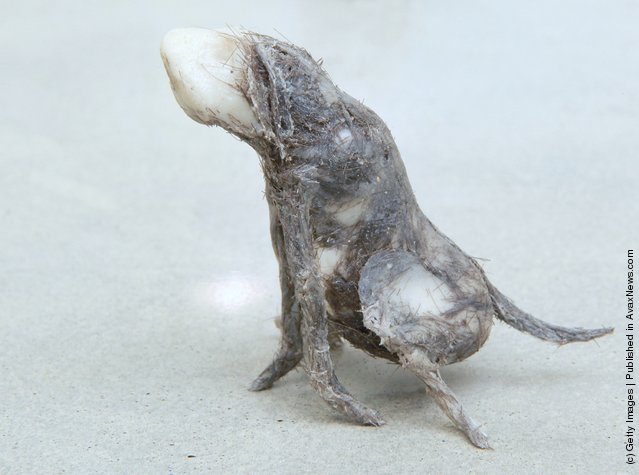 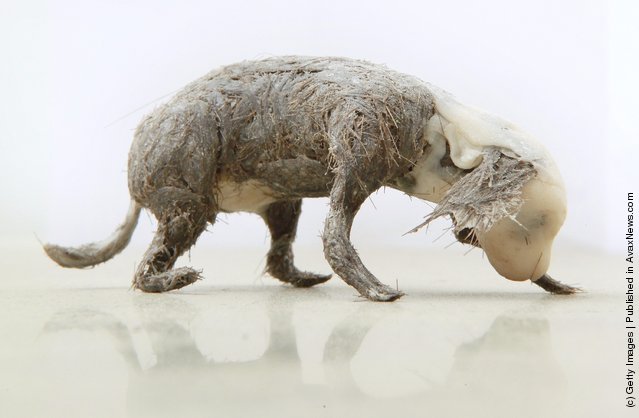 Gareth Williams' sculpture “I Say, I Say, I Say” – a dog made from chewing gum and the artist's own hair, is exhibited at the Royal College of Art Sculpture Show on May 27, 2009 in Battersea, south London. (Photo by Peter Macdiarmid/Getty Images) 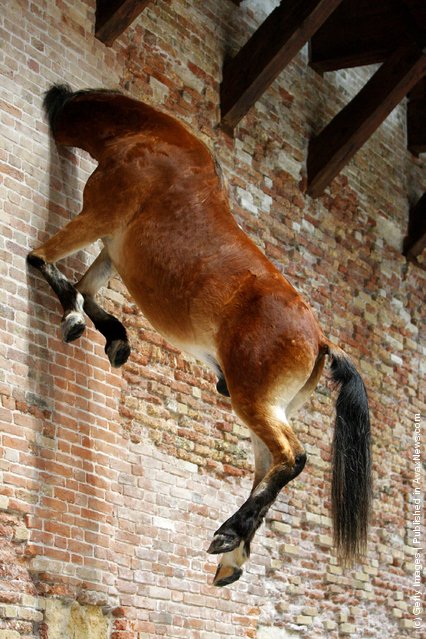 “Untitled” by Maurizio Cattelan is displayed during the press preview of the opening of the new contemporary art centre – Francois Pinault Foundation, at Punta della Dogana during the 53rd International Art Exhibition on June 3, 2009 in Venice, Italy. (Photo by Vittorio Zunino Celotto/Getty Images) 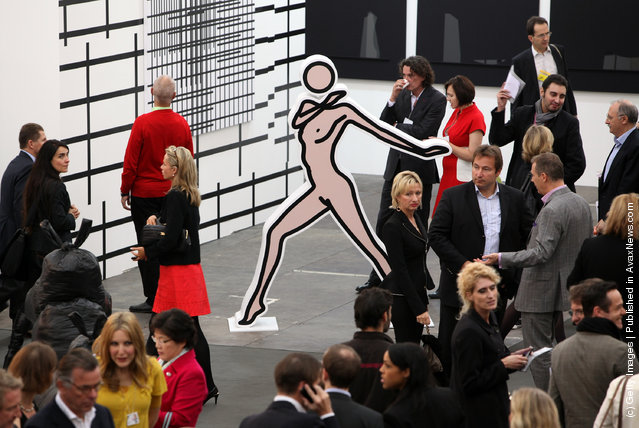 Art enthusiasts view the contemporary art on show at the Frieze Art Fair in Regents Park on October 14, 2009 in London, England. (Photo by Oli Scarff/Getty Images) 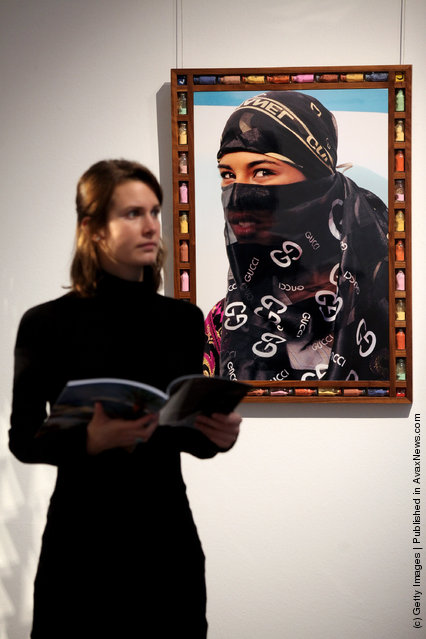 A gallery assistant for Sotheby's auction house views artwork by Hassan Hajjaj entitled “Malicious Look” which is expected to fetch 8,000 GBP and features in their sale of Contemporary Arab and Iranian art on October 18, 2010 in London, England. (Photo by Oli Scarff/Getty Images) 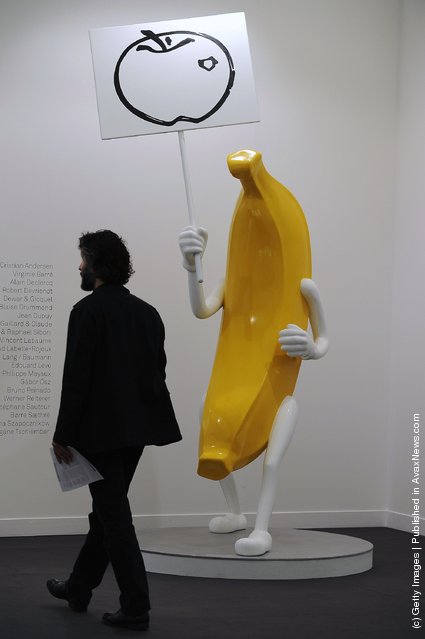 A visitor walks past a piece of art displayed at the Loevenbruck gallery at Cour Carree du Louvre on October 19, 2010 in Paris, France. (Photo by Pascal Le Segretain/Getty Images) 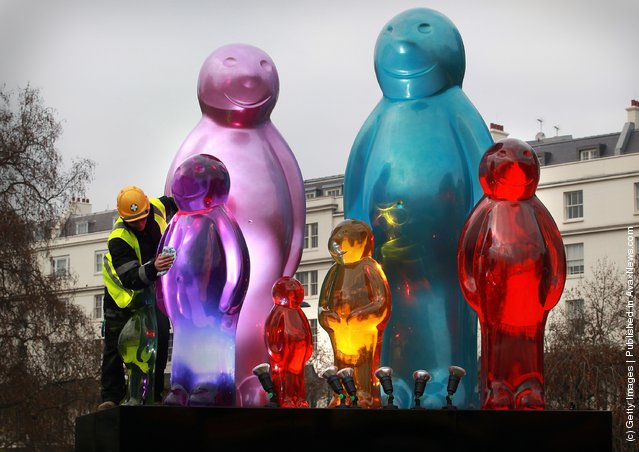 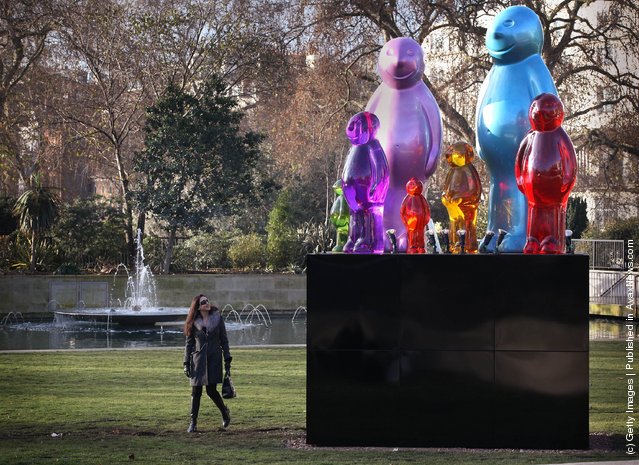 A woman passes Mauro Perucchetti's “Jelly Baby Family” sculpture at Marble Arch on December 13, 2010 in London, England. Italian pop artist Mauro Perucchetti created this sculpture which embodies the unity of family and the multicultural aspect of modern society that is so prevalent, especially in London. At three metres tall the coloured resin family of seven figures will be seen by thousands of Londoners everyday at the busy Marble Arch junction. (Photo by Peter Macdiarmid/Getty Images for Halcyon Gallery) 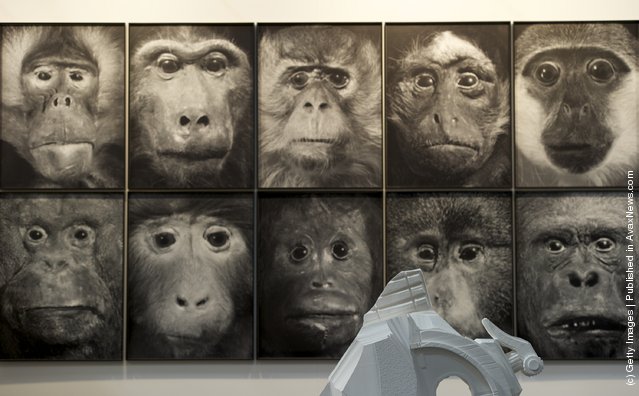