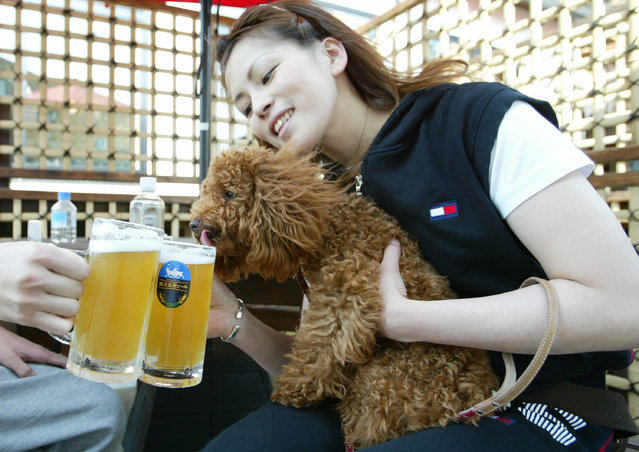 A dog owner drinks beer with it's owner at the Oedo Resort and Spa May 4, 2004 in Tokyo, Japan. (Photo by Koichi Kamoshida/Getty Images) 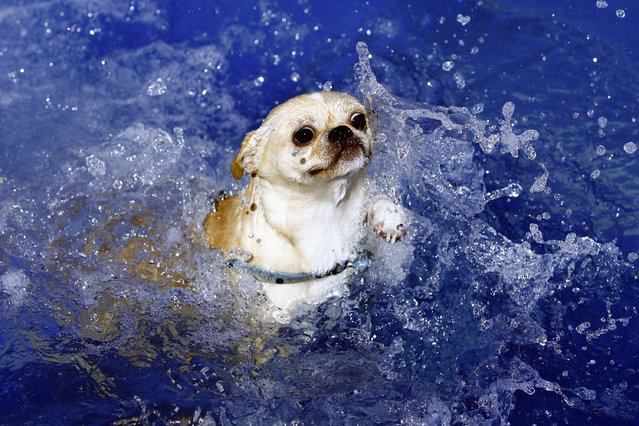 A dog swims at the Pet Club at a park on September 10, 2006 in Beijing, China. (Photo by China Photos/Getty Images) 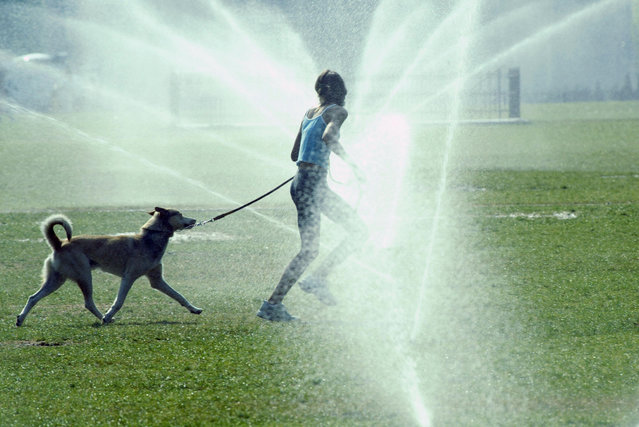 A girl and her dog run through some sprinklers to refresh themselves at the Champs de Mars in Paris, 12 August 2003. (Photo by Jean-Pierre Muller/AFP Photo) 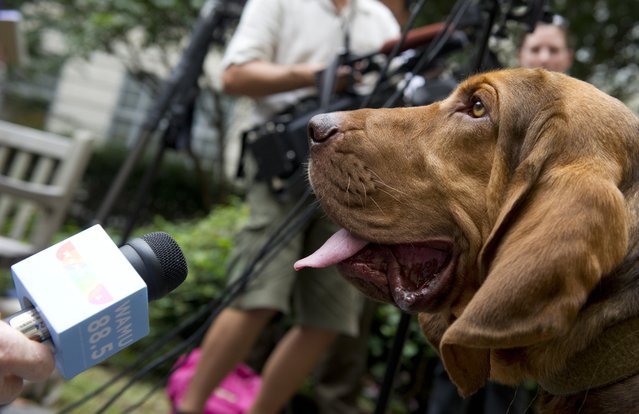 The Washington, DC Police Department's first bloodhound, Sam, a dog trained to track human scent, appears during a press conference introducing him at Police Headquarters in Washington, DC on August 29, 2013. The dog, which cost 8,000 USD, can track human scents over great distances, even when they use vehicles. (Photo by Saul Loeb/AFP Photo) 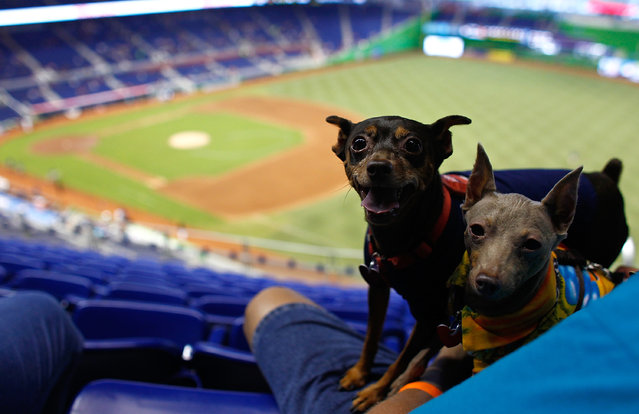 Two dogs attend a game between the Miami Marlins and the San Diego Padres for Bark at the Park at Marlins Park on July 29, 2012 in Miami, Florida. (Photo by Sarah Glenn/Getty Images) 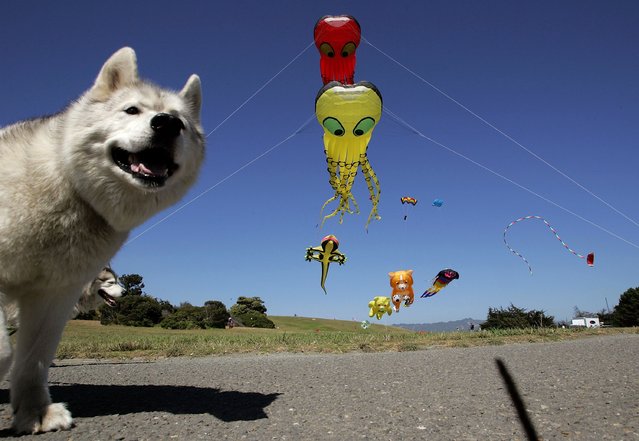 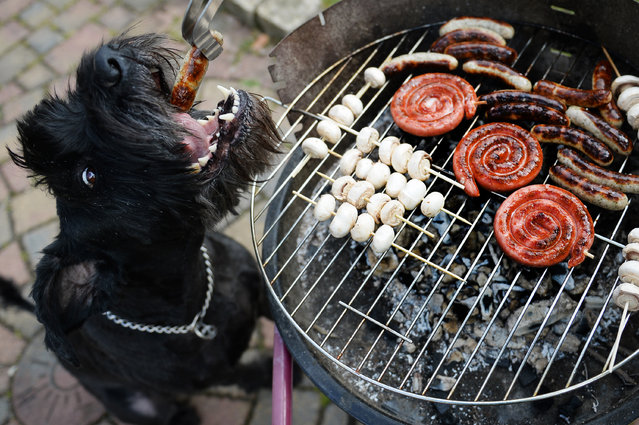 Dog “Chili” gets a grilled sausage during the first barbecue of this spring in Busbach, southern Germany, on April 14, 2013. (Photo by David Ebener/AFP Photo/DPA) 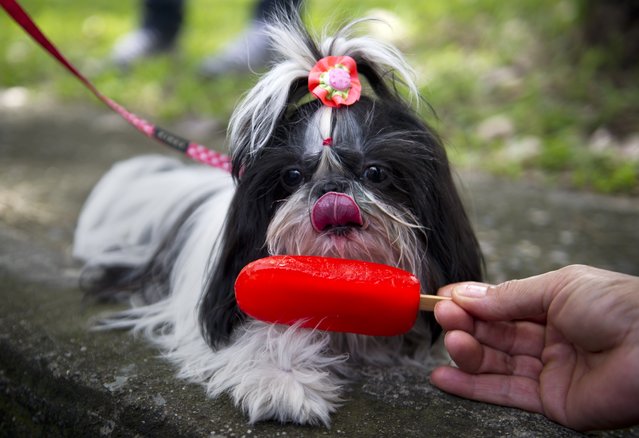 A dog is giveen icecream during a protest against animal abuse on a street of Cali, department of Valle del Cauca, Colombia, on April 26, 2014. (Photo by Luis Robayo/AFP Photo) 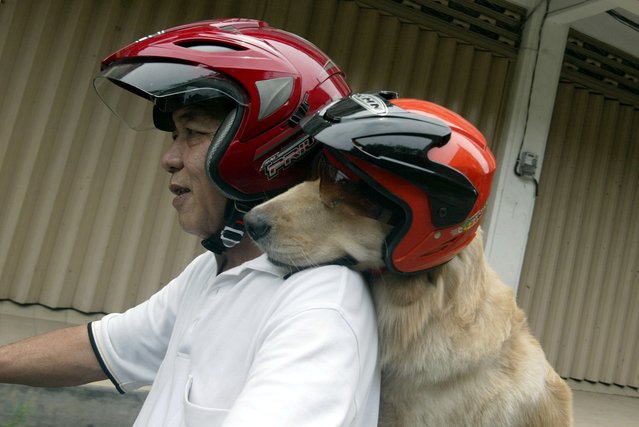 Indonesian dog lover Handoko Njotokusumo and Ace ride through traffic during their weekend joy ride on a motorcycle in Surabaya located in eastern Java island on March 2, 2013. Handoko, 57 a retired businessman, regularly takes Ace, a golden retriever, for a ride around the city. (Photo by Juni Kriswanto/AFP Photo) 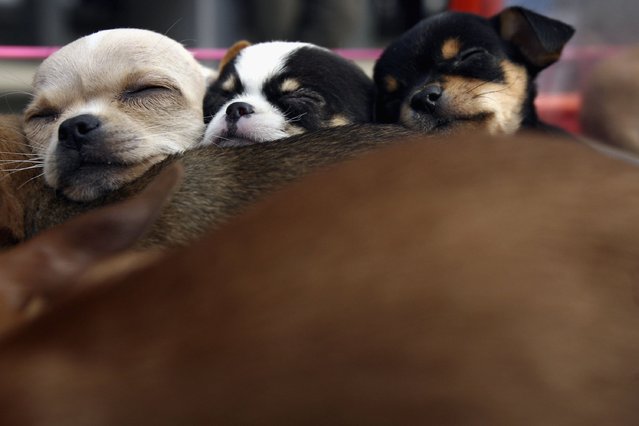 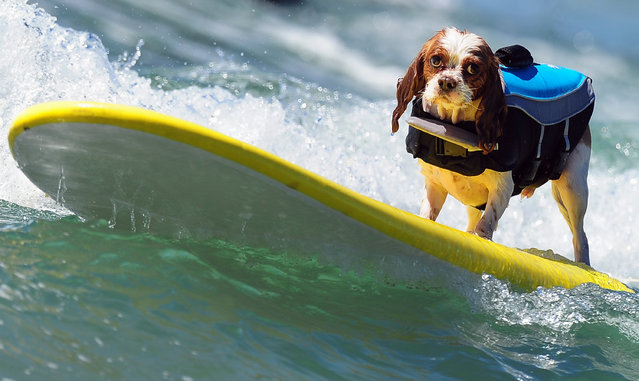 A dog rides a wave while competing during the 5th Annual Surf Dog competition at Huntington Beach, California, on September 29, 2013. (Photo by Frederic J. Brown/AFP Photo) 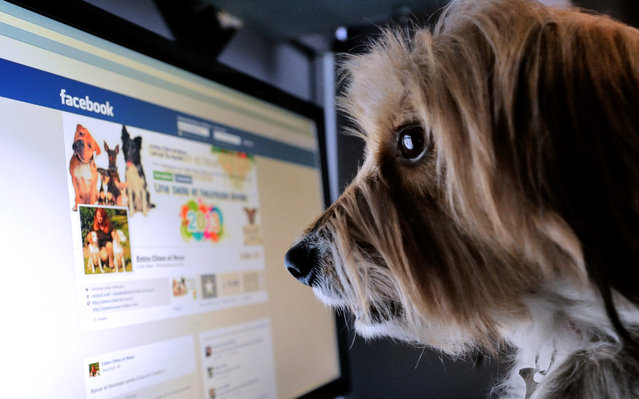 A dog stands in front of a computer screen with a facebook page opened on it, on January 4, 2013 in Lille, Northern France. (Photo by Denis Charlet/AFP Photo) 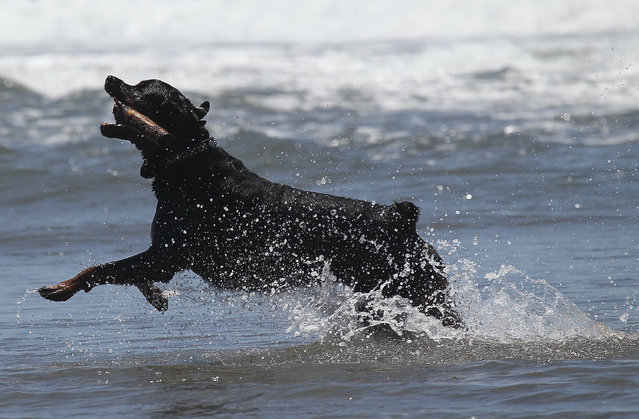 A dog fetches a stick in the water at Ocean Beach on June 21, 2011 in San Francisco, California. (Photo by Justin Sullivan/Getty Images) 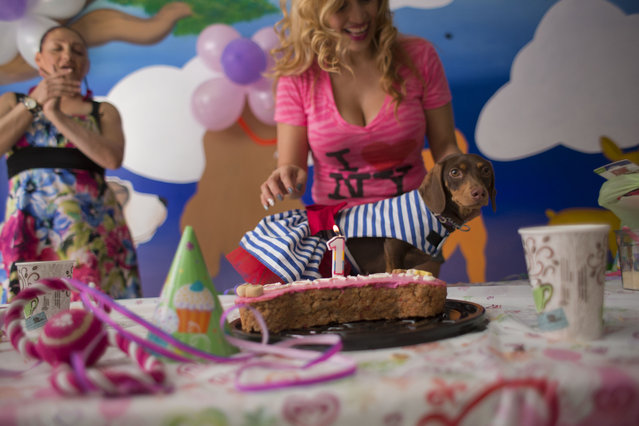 In this Sunday, April 6, 2014 photo, Valery Palma prepares to blow out the candle on a birthday cake for her one-year-old dachshund Camila, at Camila's birthday party in Mexico City. Palma, who has two dogs, spent $300 on the birthday party for 11 canines and 16 people, complete with cake, presents and snacks, at a dog hotel featuring a gym and massage and aromatherapy services. (Photo by Rebecca Blackwell/AP Photo) 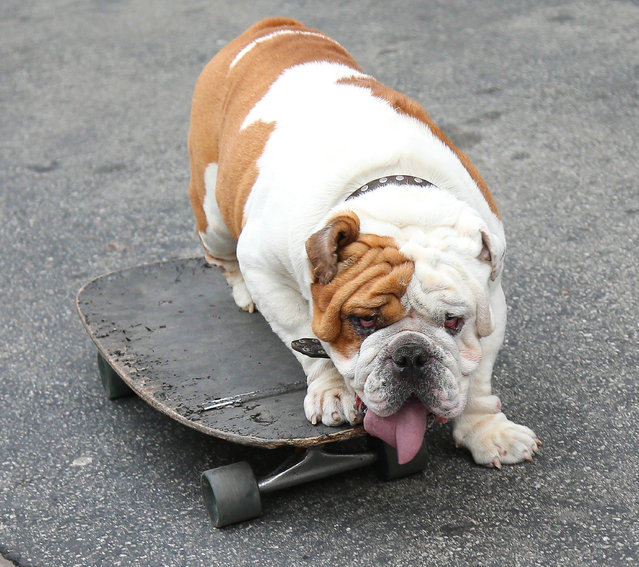