Touching Greyhound Races at Brighton
“Greyhound racing is a popular sport in Great Britain with attendances at around 3.2 million at over 5,750 meetings, across 26 stadia in 2007 alone. There are 25 licensed stadia in Britain, it is a Parimutuel betting tote system with on-course and off-course betting available, with a turnover of £75,100,000.

Greyhound racing as it is seen today has evolved from a sport called coursing, in which a dog runs after a live game animal – usually a rabbit or hare. The first official coursing meet was held in 1776 at Swaffham, Norfolk. The rules of the Swaffham Coursing Society specified that only two greyhounds were to course a single hare and that the hare was to be given a head start of 240 yards.

Coursing by proxy with an artificial lure was introduced at Hendon, on September 11, 1876. Six dogs raced over a 400-yard straight course, chasing an artificial hare riding. This was the first attempt of introducing mechanical racing to the UK, however it did not catch on at the time.

On July 24, 1926, in front of 1,700 spectators, the first greyhound race took place at Belle Vue Stadium where seven greyhounds raced round an oval circuit to catch an electric artificial hare. This marked the first ever modern greyhound race in Great Britain. Greyhound racing was brought to Britain from America by Charles Munn, an American businessman who obtained the overseas rights to the mechanical lure (hare). His business partners were Alfred Critchley and Francis Gentle and together they formed the Greyhound Racing Association (GRA) and raised £25,000 to build a racecourse at Belle Vue. They then hurried to open tracks in London at the White City and Haringey”. – Wikipedia 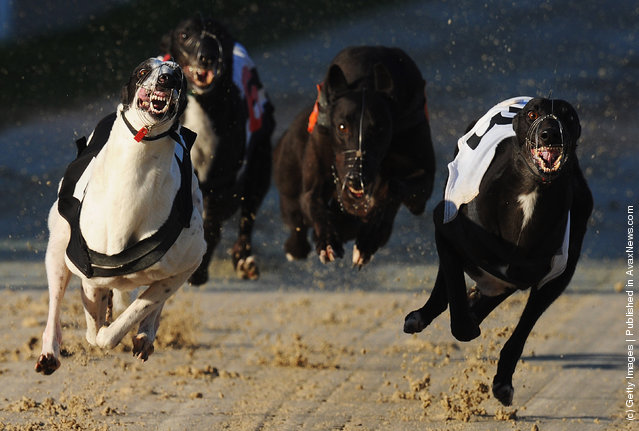 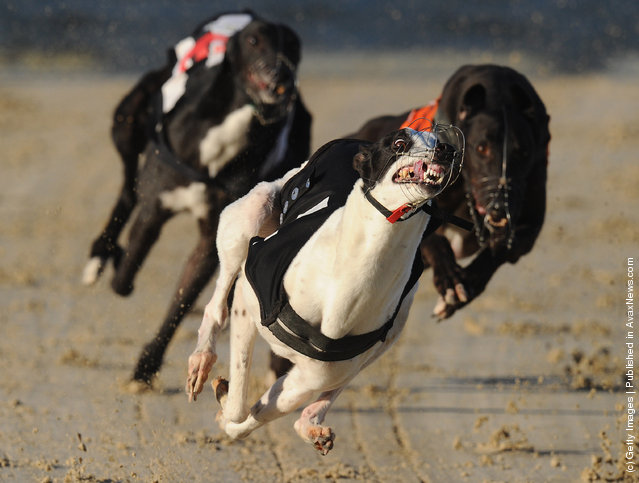 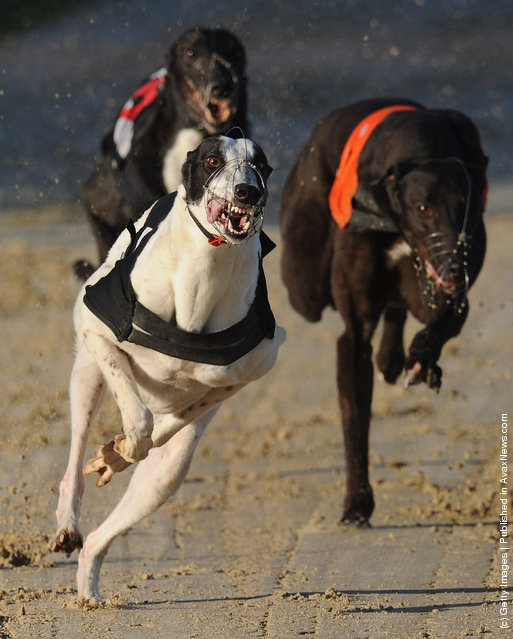 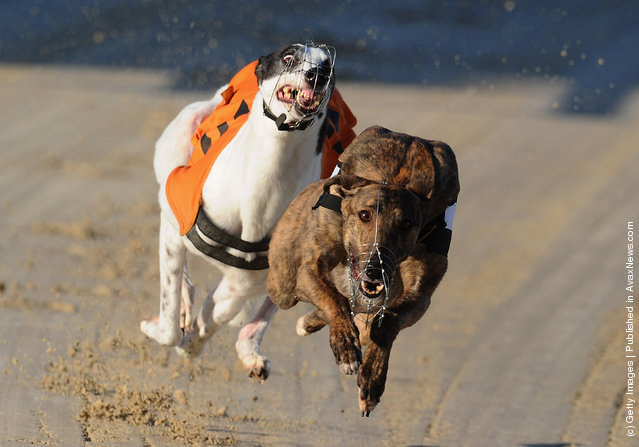 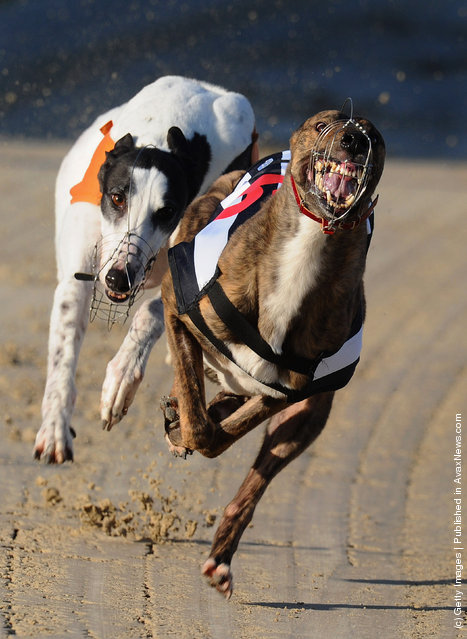