Trash People (Schrottarmee): Since 1996, Schult has installed one thousand life sized “Trash People” made from crushed cans, electronic waste and other rubbish as his critical commentary on constant human consumption. They travelled as a “now time expression” to the world's most important spots, among them Moscow's Red Square (1999), the Great Wall of China (2001), the Pyramids of Giza (2002) and even the Antarctica (2008). The value of each individual statue is approx. EUR 2 when burnt, according to GEW, a provider of gas and electricity services”. – Wikipedia 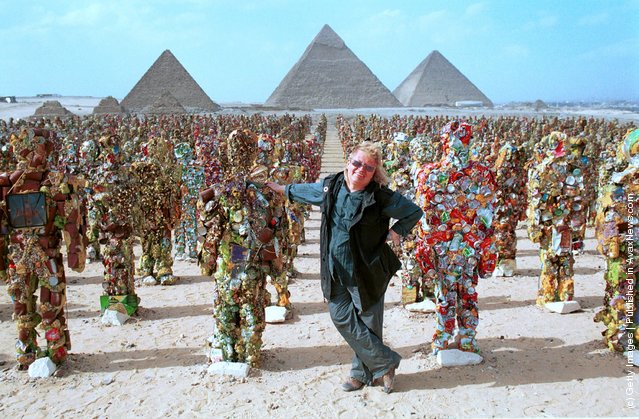 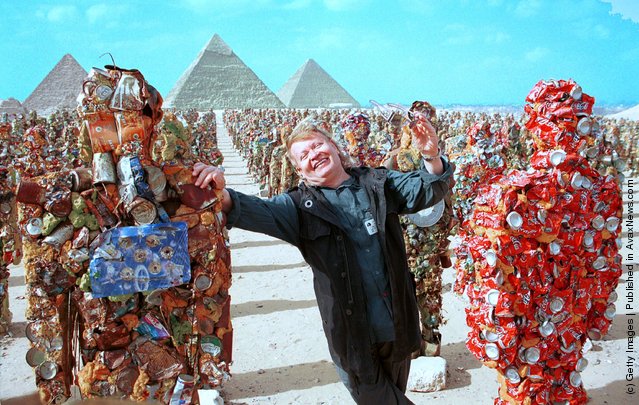 German artist Ha Schult stands with his “trash people” below the pyramids May 15, 2002 in Giza, Egypt. Inspired by the statues of the terracotta army of Chinese Emperor Quin Shi Huangdi (247–206 B.C.), the thousand piece sulpture has stood in Red Square in Moscow, La Defense in Paris and the Great Wall in China. Schult, born in 1939 wants to bring the “trash war” to the world's attention beause trash is the greatest battle facing mankind. (Photo by Norbert Schiller/Getty Images) 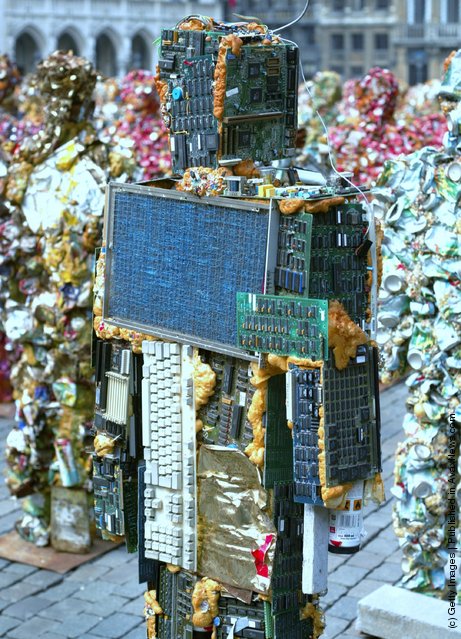 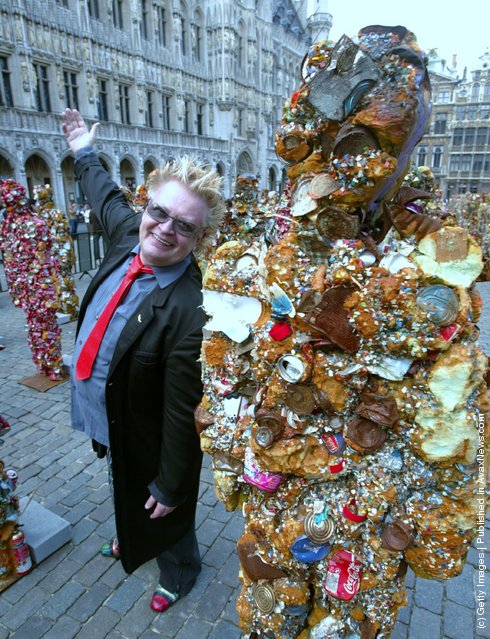 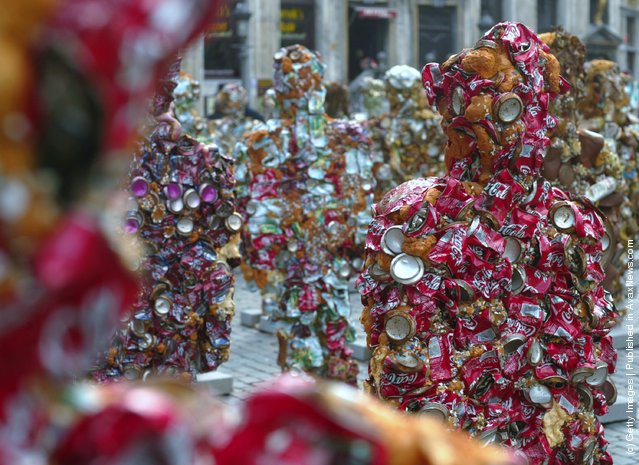 German artist Ha Schult unveils his exhibit “Trash Peoples”, a huge sculpture made of recycleble rubbish which will remain in place for 5 days at Brussels' Grand Place, on April 1, 2005 in Brussels, Belgium. The sculptures have been previously been erected at the pyramids in Egypt and the Great Wall of China. (Photo by Mark Renders/Getty Images) 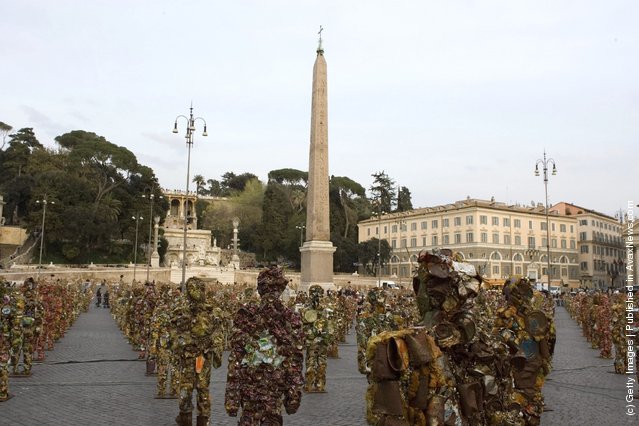 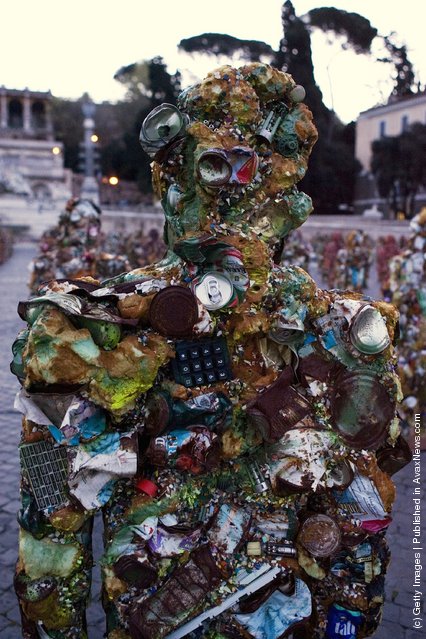 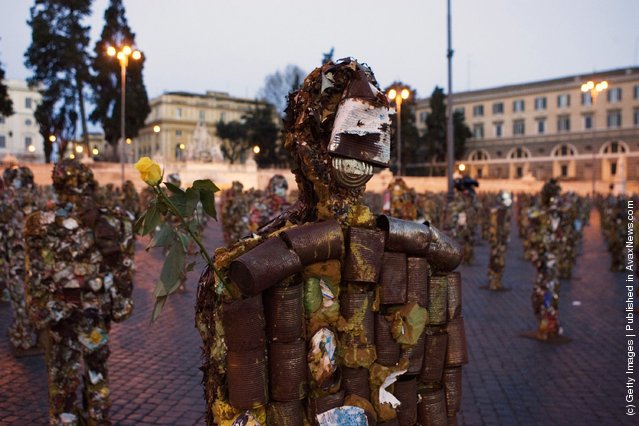 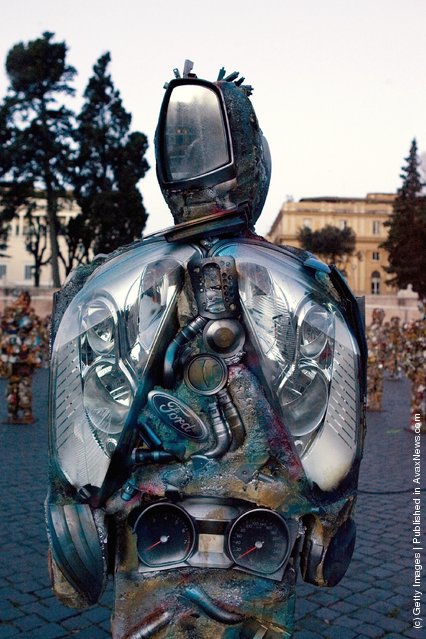 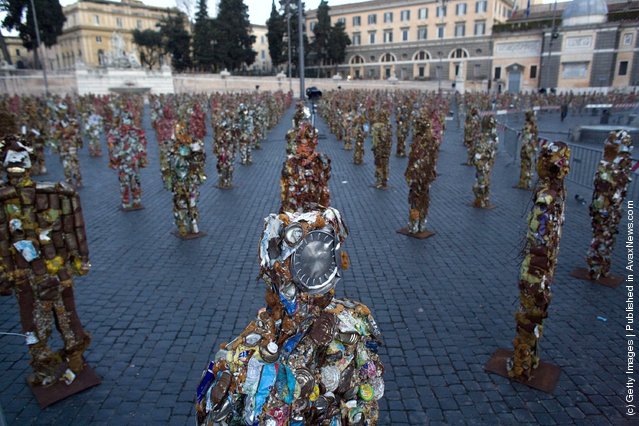