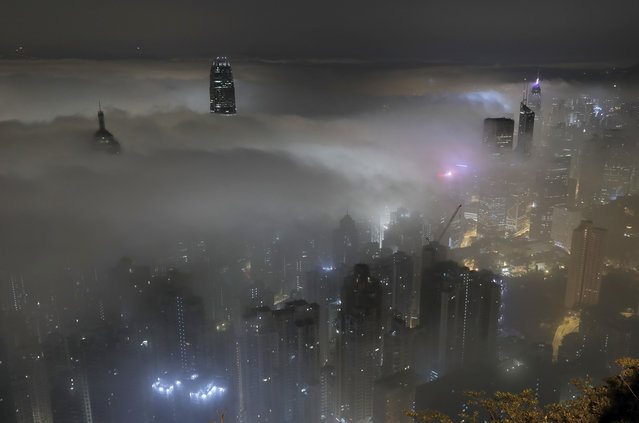 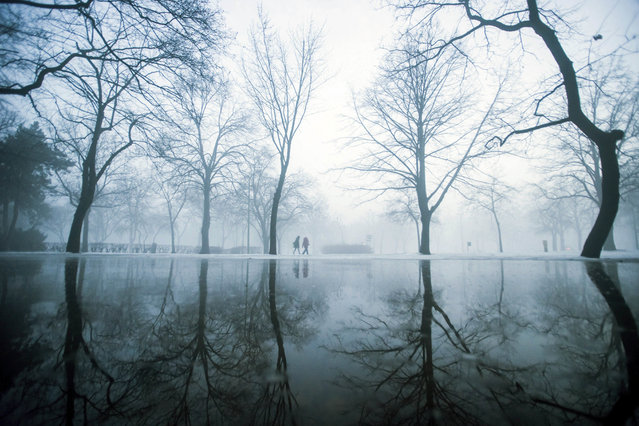 Horses graze in a paddock with fog enveloping the trees behind them, near Leith Hill in Surrey, south west of London, Monday, January 23, 2017. Thick fog has caused numerous flight delays and cancellations at London Heathrow and other area airports. The Met Office issued a severe weather warning for London and most of southern England as driving conditions were also hazardous and slippery. (Photo by Matt Dunham/AP Photo) 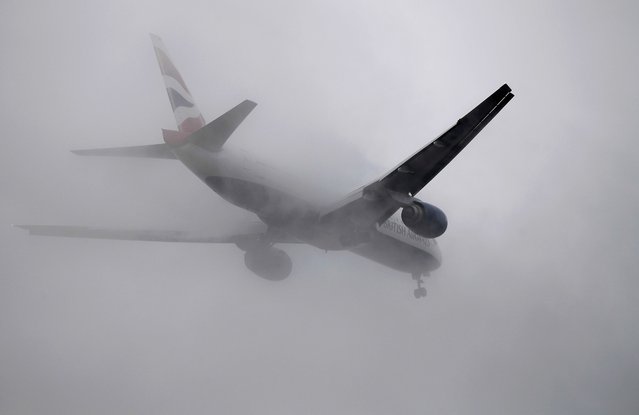 A British Airways passenger aircraft flies through low cloud as it prepares to land at Heathrow airport in west London, Britain, January 7, 2017. (Photo by Toby Melville/Reuters) 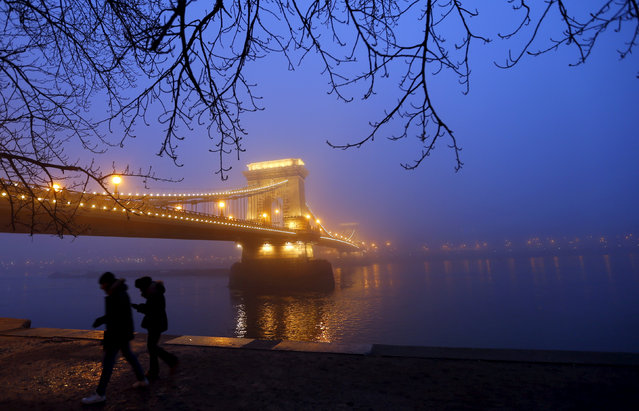 People walk near the Chain Bridge during a heavy fog in the centre of Budapest, Hungary January 26, 2016. (Photo by Laszlo Balogh/Reuters) 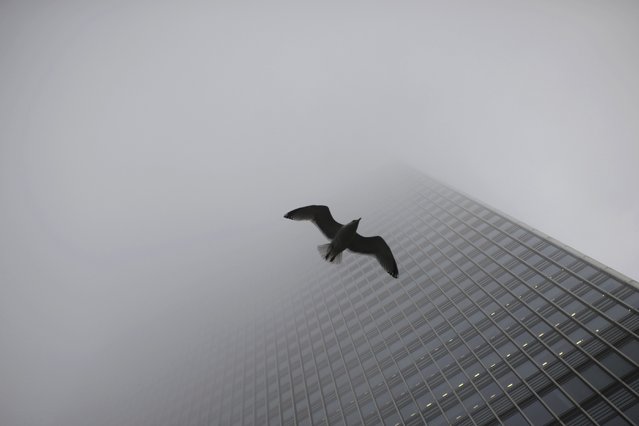 A seagull glides as fog engulfs the financial district of Canary Wharf in London, Britain, January 23, 2017. (Photo by Dylan Martinez/Reuters) 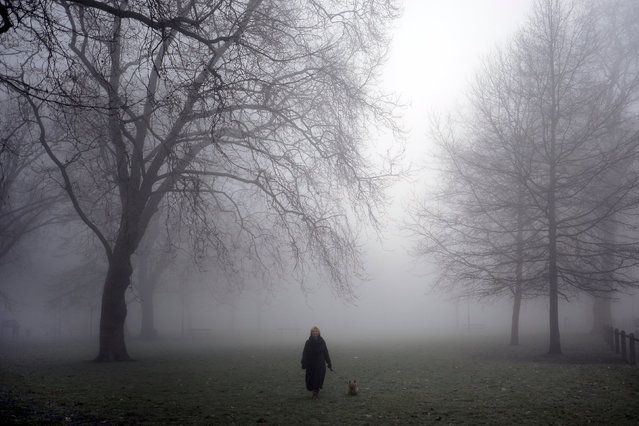 A woman walking her dog emerges from the fog on Parsons Green in London, Britain January 23, 2017. (Photo by Kevin Coombs/Reuters) 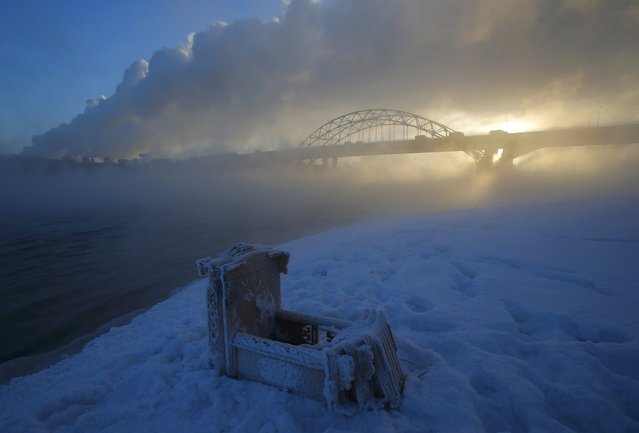 A Buddhist altar is seen laying on a bank as steam rises over the Moskva river on a frosty morning on the outskirts of Moscow, Russia February 7, 2017. (Photo by Maxim Shemetov/Reuters) 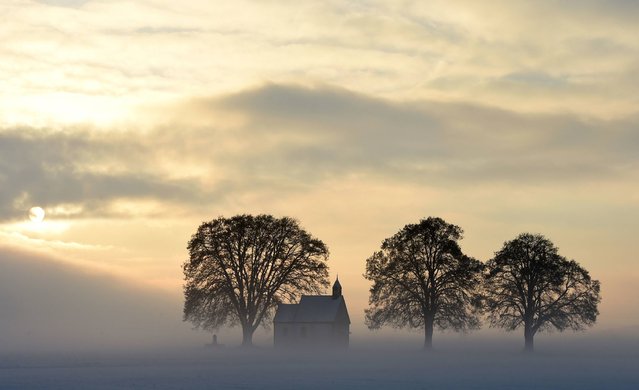 Fog surrounds a small church not far from the small Bavarian village Apfeltrach near Landsberg, southern Germany, during a cold winter morning with temperatures of minus five degrees on January 3, 2017. (Photo by Christof Stache/AFP Photo) 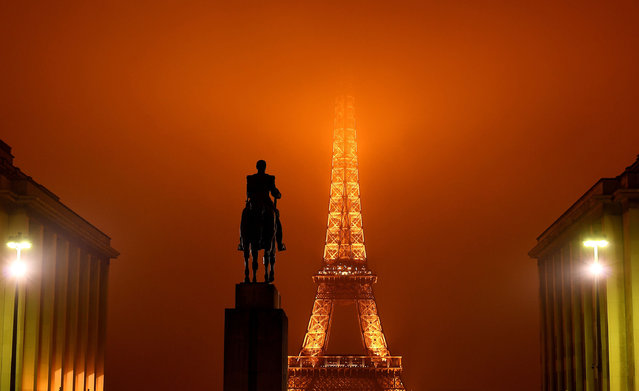 A picture taken on January 24, 2017 in Paris shows the statue of the Marshal Foch at the Trocadero, with a view of the top of the Eiffel Tower hidden by the fog in the background. (Photo by Franck Fife/AFP Photo) 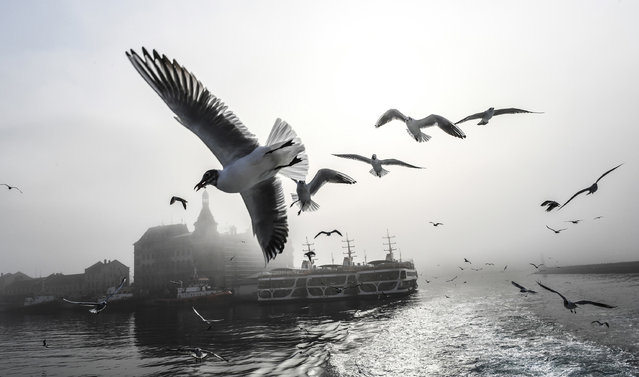 Seagulls fly over the Bosphorus river while traffic has stopped due to the fog on February 28, 2017 in Istanbul, Turkey. (Photo by Bulent Kilic/AFP Photo) 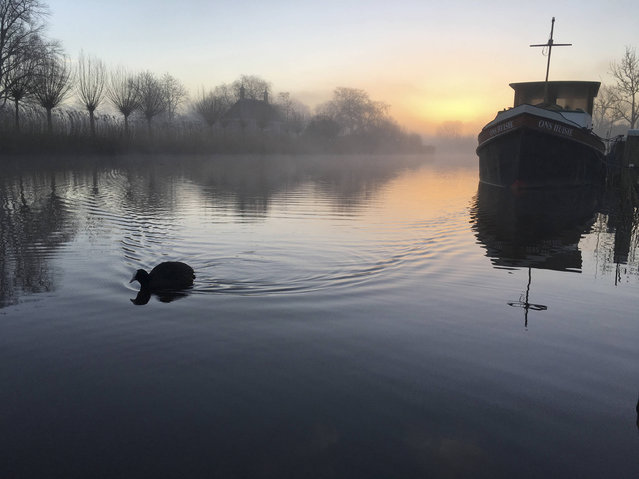 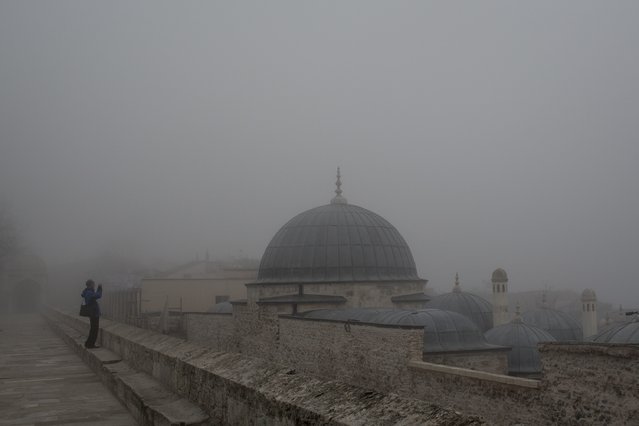 A man tries to take a photograph of the Istanbul skyline under heavy fog from Suleymaniye Mosque on March 1, 2017 in Istanbul, Turkey. Fog covered Istanbul and the Bosphorus Strait for the second straight day keeping ferry services suspended. (Photo by Chris McGrath/Getty Images) 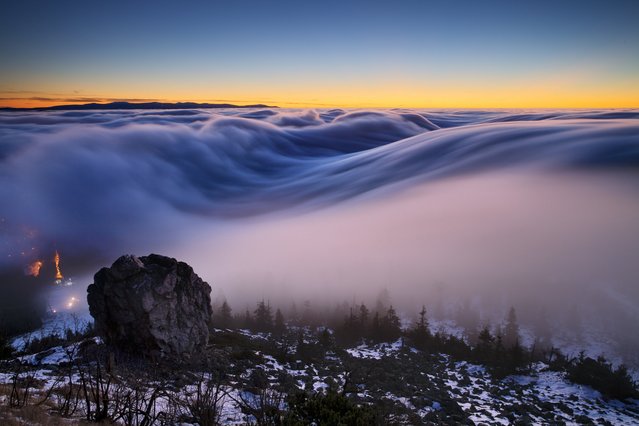 Fog is seen over over the Jested mountains, Czech, Republic in January 2017. (Photo by Martin Rak/Solent News/Rex Features/Shutterstock) 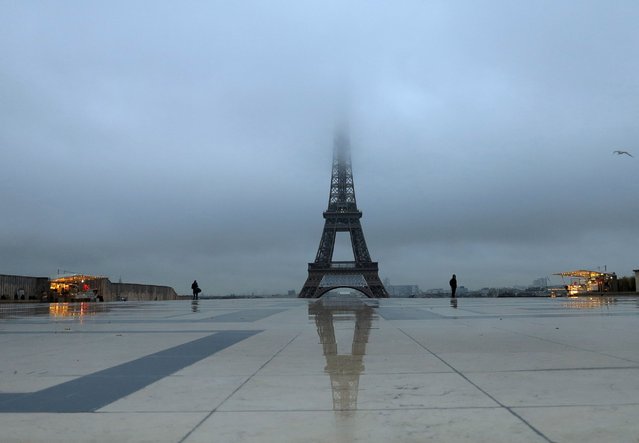