Touching Into the Woods 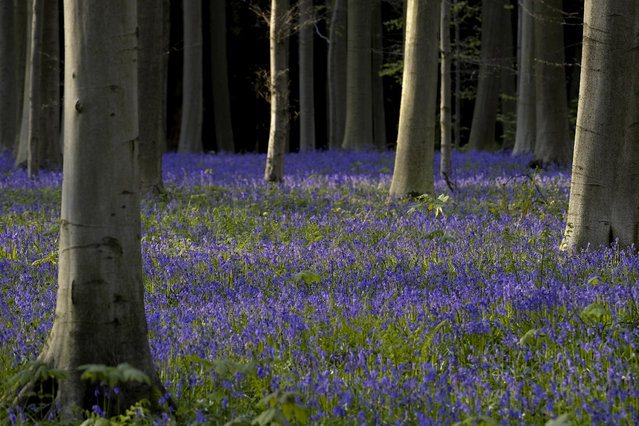 This picture taken on April 15, 2017, shows bluebells in the Hallerbos in Halle, Belgium. (Photo by Nicolas Maeterlinck/AFP Photo/Belga) 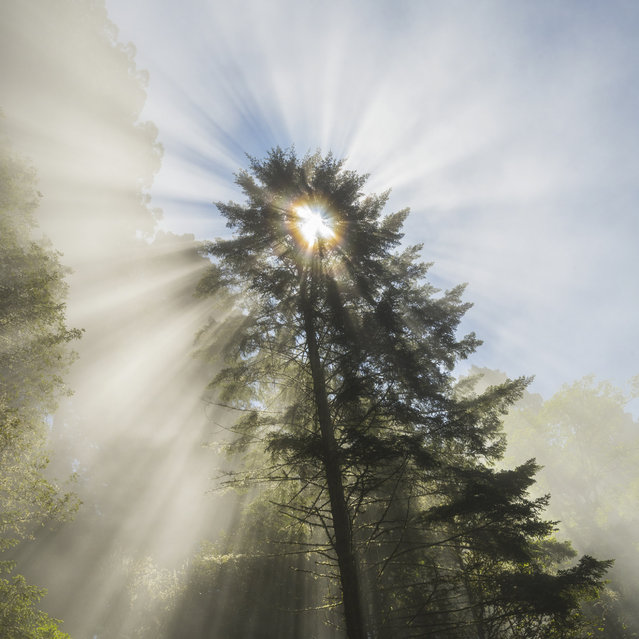 An unpublished gem that highlights the majesty of the northern California Redwood trees as the sun shines through the uppermost branches and burns through the fog in radiant beams. Diane Cook and Len Jenshel are regularly published in the National Geographic magazine and are well-known for their work on unique environmental topicsg, such as rooftop gardens. (Photo by Diane Cook/Len Jenshel/Naional Geographic Creative) 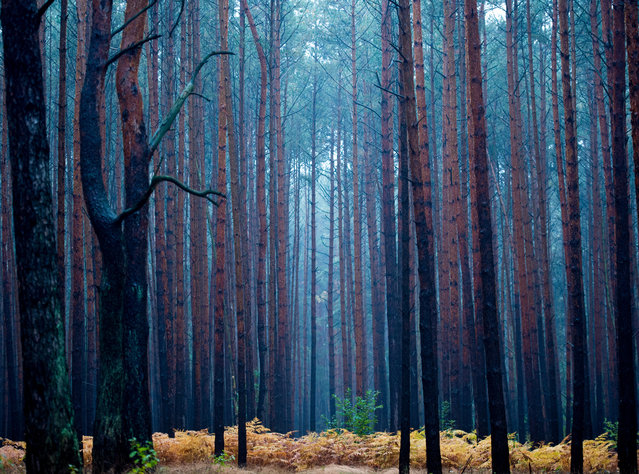 Pale light hangs in a pine forest during a rainy autumn morning on October 15, 2015 near Fuerstenwalde, eastern Germany. (Photo by Patrick Pleul/AFP Photo/DPA) 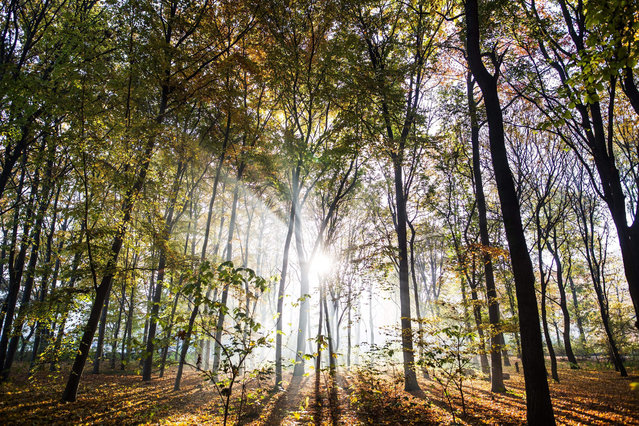 Rays from the morning sun shine through the fog in the Tiergarten in Berlin, Germany, 04 November 2015. (Photo by Lukas Schulze/EPA) 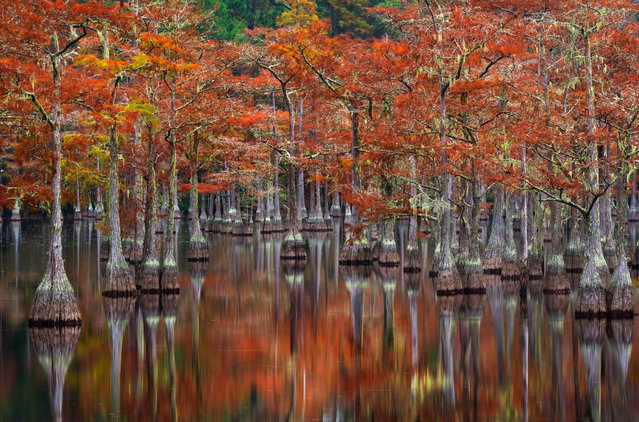 Trees are reflected on the surface of a lake in the Okefenokee swamp lands in Georgia, USA on October 21, 2017. (Photo by Chris Moore/Solent News & Photo Agency) 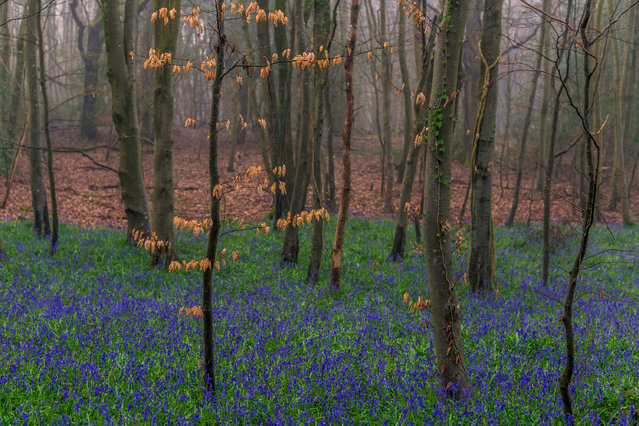 Bluebells grow in a forest, taken in West Sussex, England, June 2017. Spanning across 400 acres in West Sussex are some of the oldest living things in Britain. In the Kingley Vale National Nature Reserve are the ancient, twisted yews dating back 2,000 years. Resembling an enchanted forest the trees’ branches have grown into one another over hundreds of years. Other tree species in the park include oak, ash, holly and hawthorn. (Photo by Benjamin Graham/Barcroft Images) 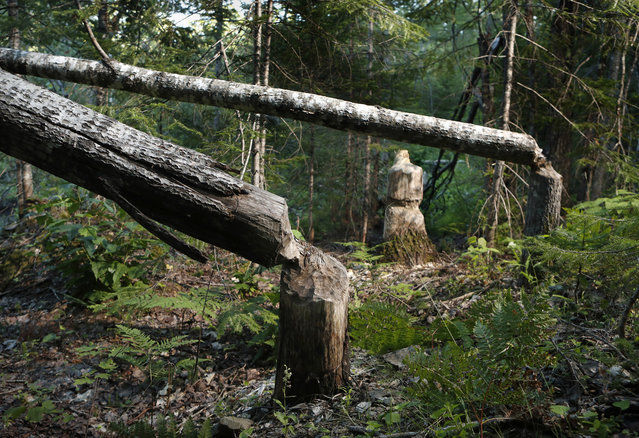 Autumn colours in a forest outside Tbilisi, Georgia on October 27, 2017. (Photo by David Mdzinarishvili/Reuters) 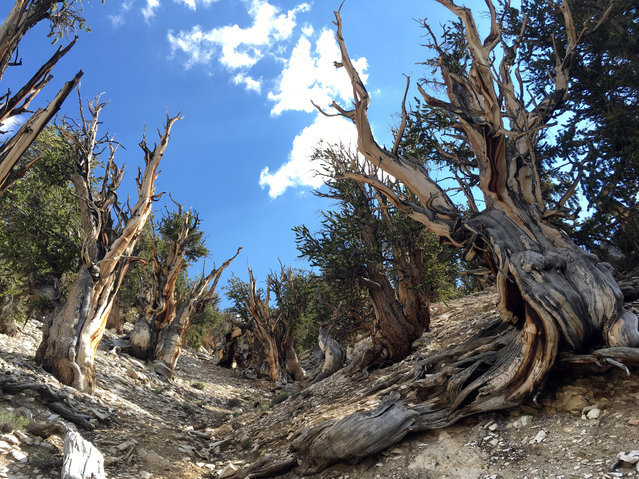 This July 11, 2017, photo shows gnarled, bristlecone pine trees in the White Mountains in east of Bishop, Calif. Limber pine is beginning to colonize areas of the Great Basin once dominated by bristlecones. The bristlecone pine, a wind-beaten tree famous for its gnarly limbs and having the longest lifespan on Earth, is losing a race to the top of mountains throughout the Western United States, putting future generations in peril, researchers said Wednesday, Sept. 13. (Photo by Scott Smith/AP Photo) Trees displaying colors of fall during the autumn season are seen at the historic Silk road in Bayburt, Turkey on November 9, 2017. (Photo by Abdulkadir Nisanci/Anadolu Agency/Getty Images) 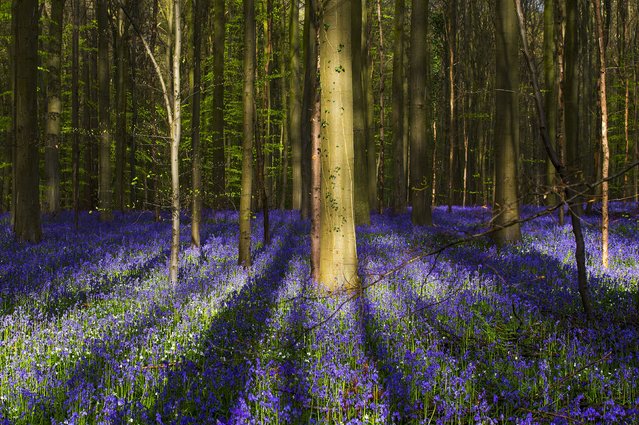 Wild bluebells, which bloom around mid-April, turning the forest completely blue, form a carpet in the Hallerbos, also known as the “Blue Forest”, near the Belgian city of Halle, Belgium April 17, 2016. (Photo by Yves Herman/Reuters) 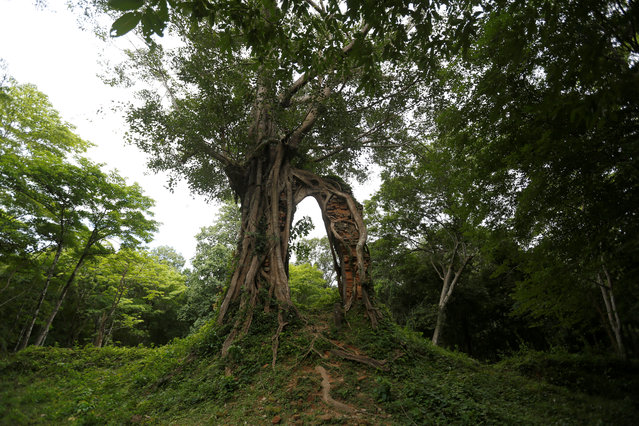 A tree is seen at Sambor Prei Kuk, or “the temple in the richness of the forest” an archaeological site of ancient Ishanapura, a UNESCO world heritage site, in Kampong Thom province, Cambodia on July 17, 2017. (Photo by Samrang Pring/Reuters) Fireflies seeking mates light up in synchronised bursts inside a forest at Santa Clara sanctuary near the town of Nanacamilpa, Tlaxcala state, Mexico, July 24, 2017. (Photo by Edgard Garrido/Reuters) 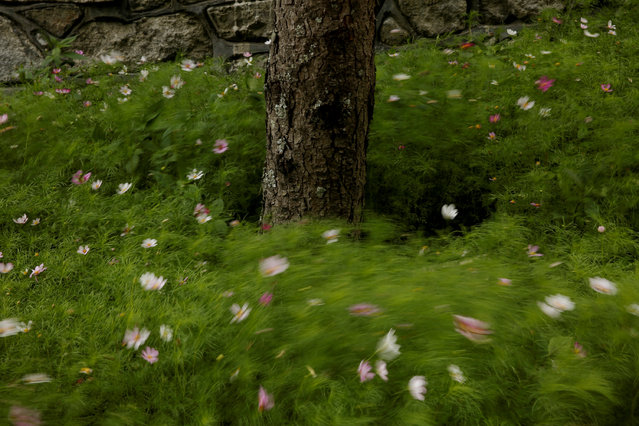 Flowers sway in the wind at the foot of a tree in the Tibetan village of Gaoshinao in Jiuzhaigou county, south of the epicentre of Tuesday's earthquake, Sichuan province, China, August 11, 2017. (Photo by Thomas Peter/Reuters) 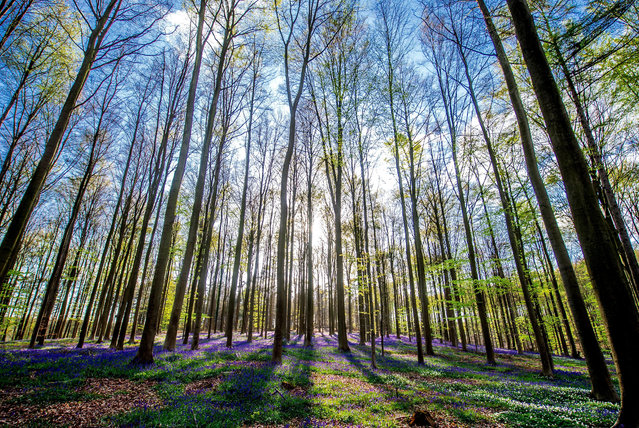 A view of the woods in Halle and its famous hyacinths, Halle, near Brussels, Belgium, 19 April 2016. Halle's Woodlands are known for its hyacinths which are in bloom from mid-April to early May. (Photo by Stephanie Lecocq/EPA) 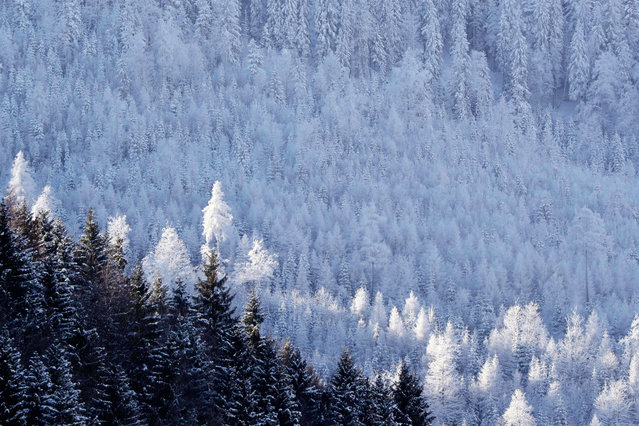 Trees covered in ice and snow can be seen in Garmisch- Partenkirchen, Germany, 19 January 2017. During the night, the temperature fell below minus 20 degrees Celsius. (Photo by Stephan Jansen/DPA) 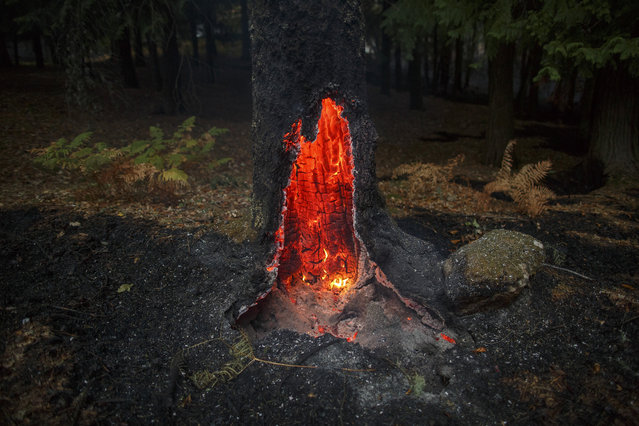 A tree burns near Vouzela on October 17, 2017 in Viseu region, Portugal. At least 41 people have died in fires in Portugal and 4 others in Spain as Ophelia winds were hitting the North West of the Iberian Peninsule. (Photo by Pablo Blazquez Dominguez/Getty Images) 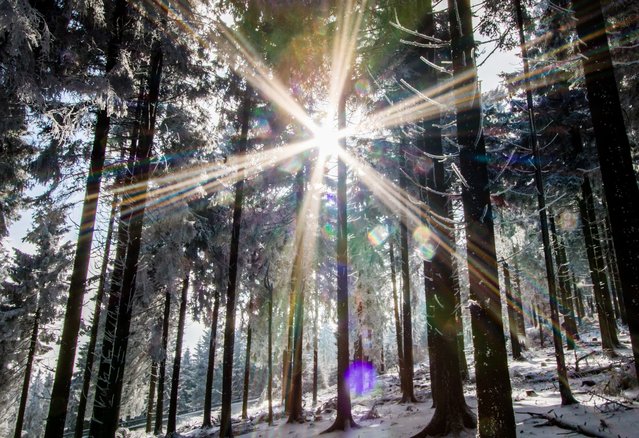