Touching Kahuna, Endangered Loggerhead Sea Turtle Is On Its Way Back Home
Kahuna, an injured loggerhead turtle, returns to the ocean after years of rehabilitation. It has been two years since Kahuna, a 209-pond loggerhead turtle, was rescued from the wild by biologists at FPL’s St. Lucie Power. Half of one of her flippers had been sliced off, and the other flipper was badly injured. On top of that, she had severe bone infection doctors tried for months to cure with antibiotics, only to have it come back once they stopped the medicine. 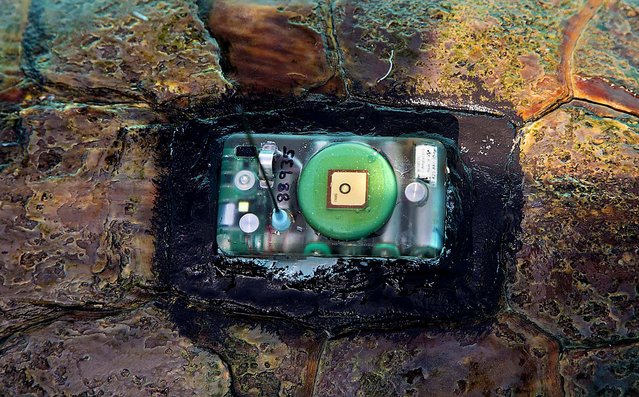 A Wildlife Computers GPS tag is affixed to Kahuna's carapace. This device records location via satellite triangulation of signals recording GPS location, depth, water temperature, and light level. Data will be transmitted back to LMC via satellites as Kahuna surfaces to breathe. The device will allow LMC researchers and others to track Kahuna as she ventures out on her return home. 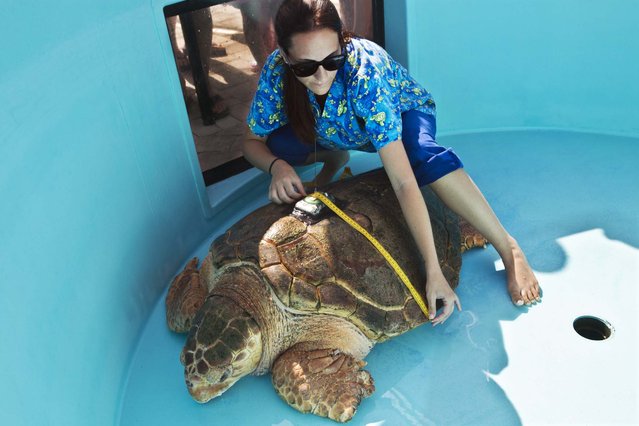 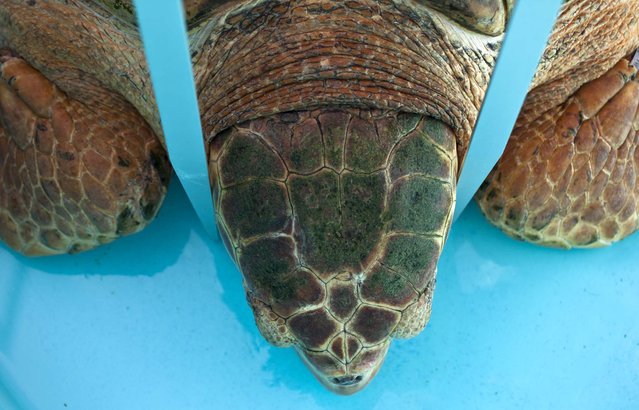 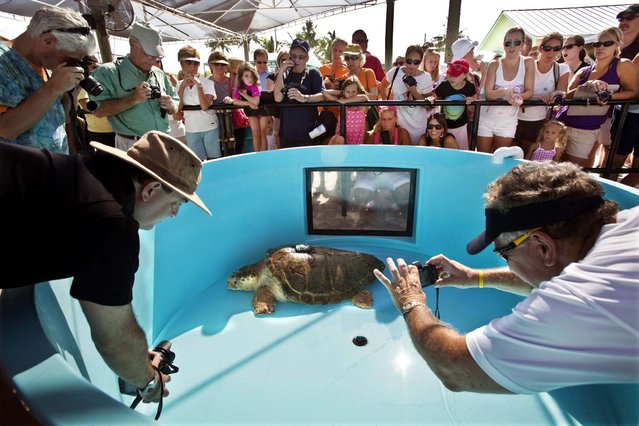 People take photos of Kahuna as she waits for her viewing tank to drain before being carried to a gurney for transport. 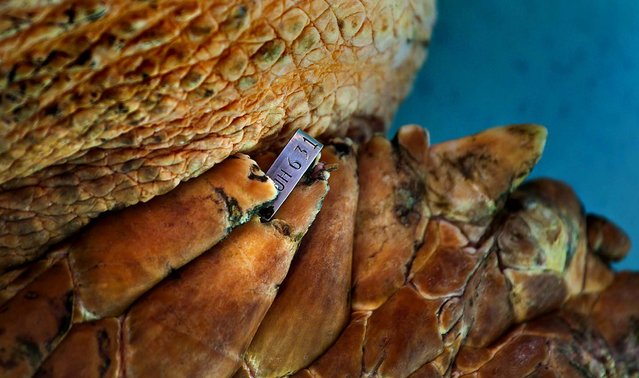 A tracking tag is attached to Kahuna. 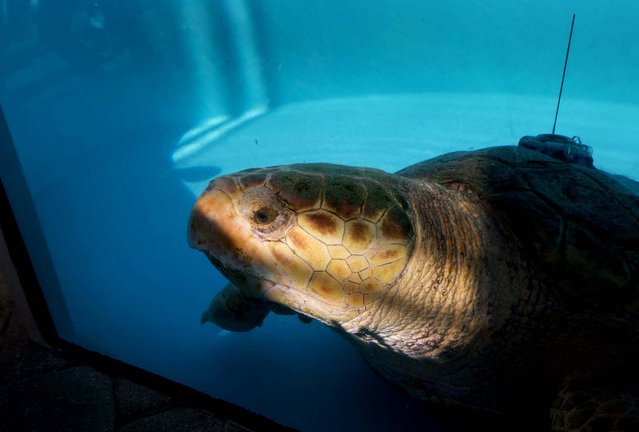 Kahuna looks out a viewing window of her tank. 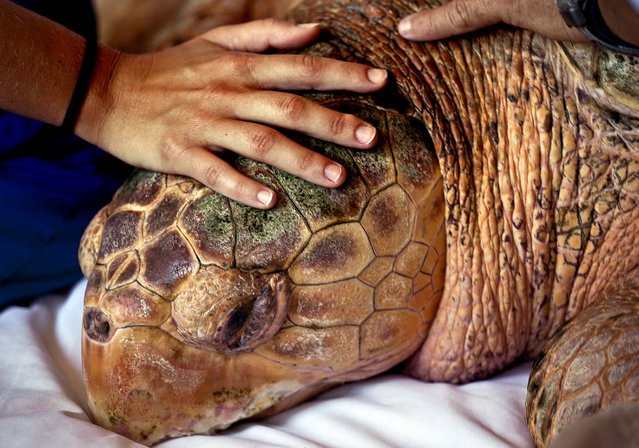 Kahuna is kept calm and steady on the gurney by staff and volunteers. 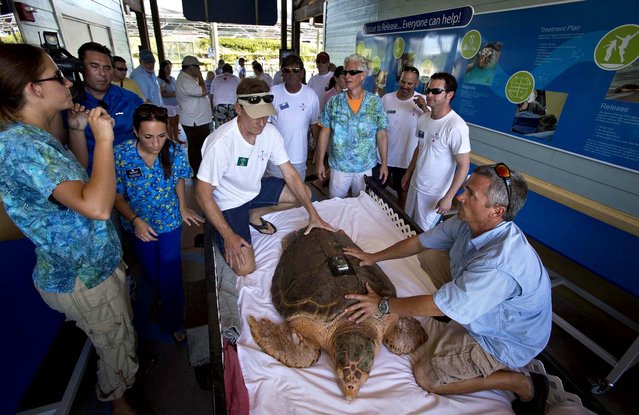 Volunteers and staff ready Kahuna for her ride to the beach. 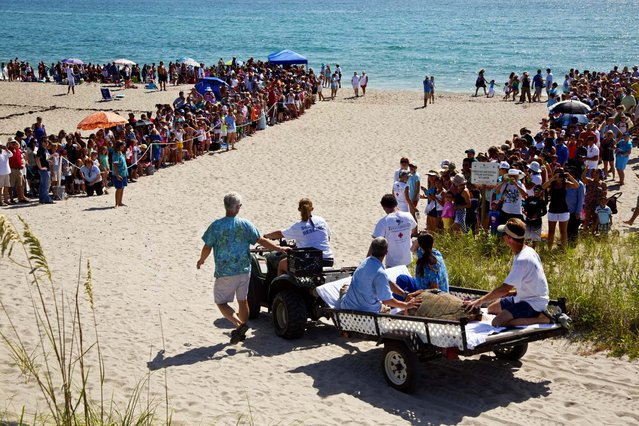 An ATV pulls Kahuna through a sea of people to be released into the ocean. 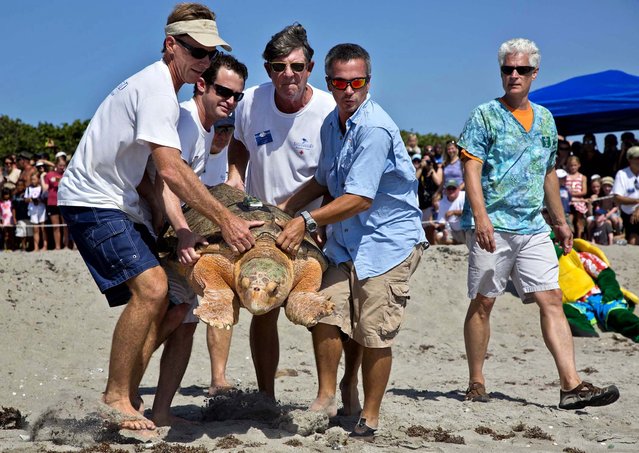 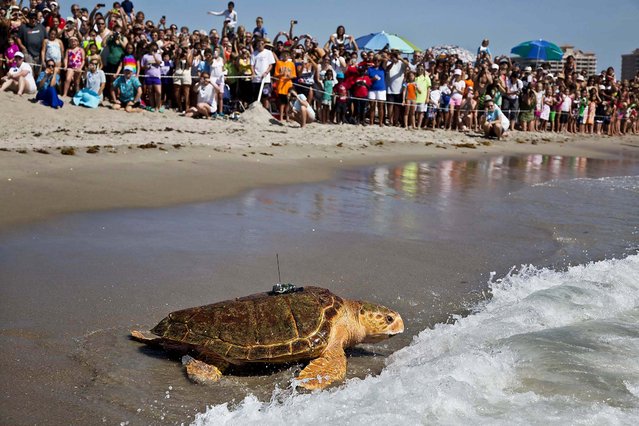