The 21-arch single track viaduct was one of the largest engineering undertakings using concrete without reinforcing when it was built by Sir Robert McAlpine. Glenfinnan Viaduct forms part of the Mallaig extension of the West Highland Railway which was constructed between 1897 and 1901. Built entirely of concrete, the viaduct consists of 21 arches, each spanning 15m and has a maximum height of 30m offering spectacular views down Lochaber’s Loch Shiel.

According to myth, during construction a cart-horse and driver were killed when they fell into one of the piers while dumping their load, and were buried in the concrete. Recent research has shown that the incident happened at Loch Nan Uamh Viaduct, further down the line, near Arisaig, and the driver survived. Memorial plaques are at the latter viaduct and at Glenfinnan Station Museum”. – Wikipedia

Photos: A view of the Glenfinnan Viaduct on March 30, 2012 in Glenfinnan, Scotland. Built by Sir Robert McAlpine between 1897 and 1901, the single track viaduct that is made up of 21 arches is considered to have been one of the largest engineering projects of its time. Today, it is still used by ScotRail and was recently used for scenes in three of the Harry Potter films. (Photo by Jeff J. Mitchell/Getty Images) 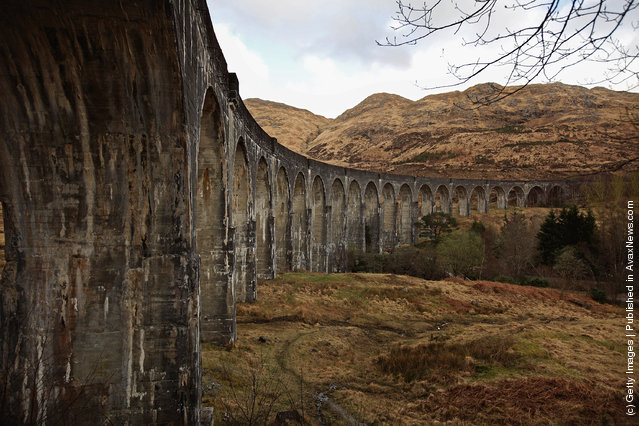 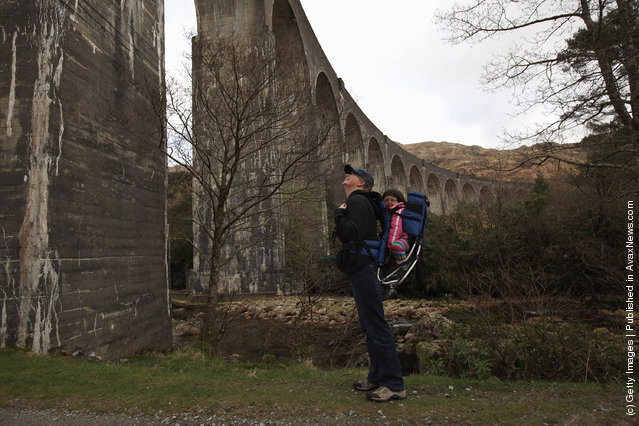 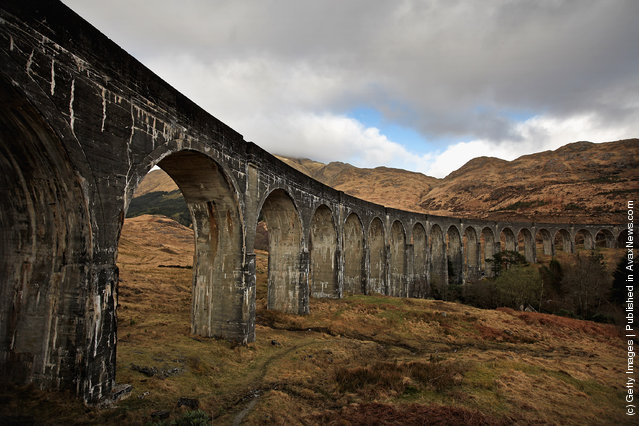 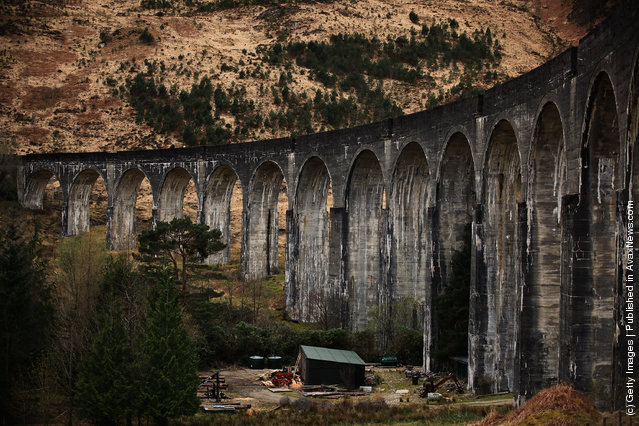