Touching Pancho Villa
“José Doroteo Arango Arámbula (5 June 1878 – 20 July 1923) – better known by his pseudonym Francisco Villa or its hypocorism Pancho Villa – was one of the most prominent Mexican Revolutionary generals.

As commander of the División del Norte (Division of the North), he was the veritable caudillo of the northern Mexican state of Chihuahua which, given its size, mineral wealth, and proximity to the United States of America, provided him with extensive resources. Villa was also provisional Governor of Chihuahua in 1913 and 1914. Although he was prevented from being accepted into the “panteón” of national heroes until some 20 years after his death, today his memory is honored by Mexicans, US citizens, and many people around the world. In addition, numerous streets and neighborhoods in Mexico are named in his honor.

Villa and his supporters seized hacienda land for distribution to peasants and soldiers. He robbed and commandeered trains, and, like the other revolutionary generals, printed fiat money to pay for his cause. Villa's men and supporters became known as Villistas during the revolution from 1910 to roughly 1920.

Villa's dominance in northern Mexico was broken in 1915 through a series of defeats he suffered at Celaya and Agua Prieta at the hands of Álvaro Obregón and Plutarco Elías Calles. After Villa's famous raid on Columbus in 1916, US Army General John J. Pershing tried unsuccessfully to capture Villa in a nine-month pursuit that ended when Pershing was called back as the United States entry into World War I was assured. Villa retired in 1920 and was given a large estate which he turned into a “military colony” for his former soldiers. In 1923, he decided to re-involve himself in Mexican politics and as a result was assassinated, most likely on the orders of Obregón”. – Wikipedia 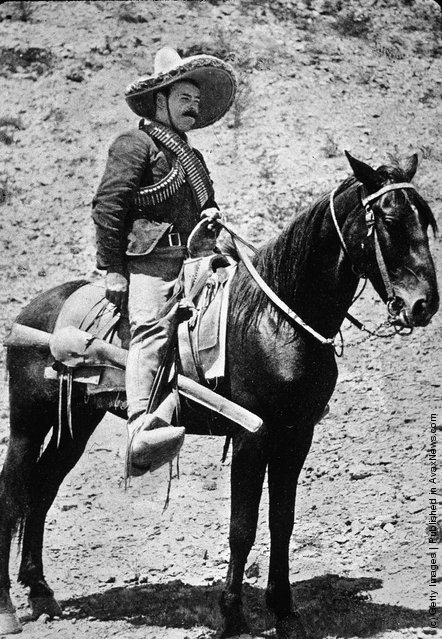 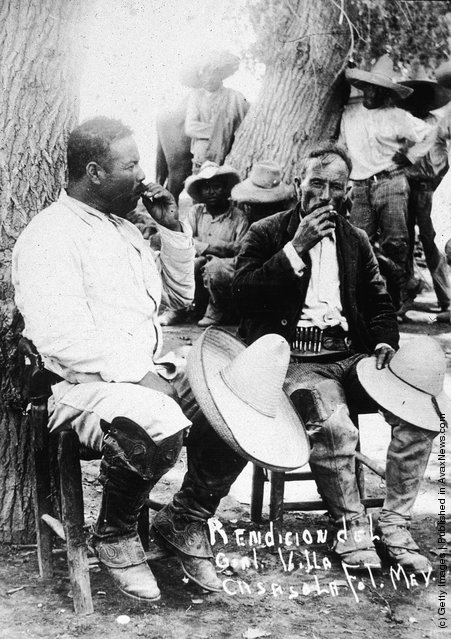 Mexican revolutionary leader Pancho Villa (L) sits against a tree with a fellow soldier, their straw hats over their knees, following the Mexican Revolution of 1911. (Photo by Hulton Archive/Getty Images) 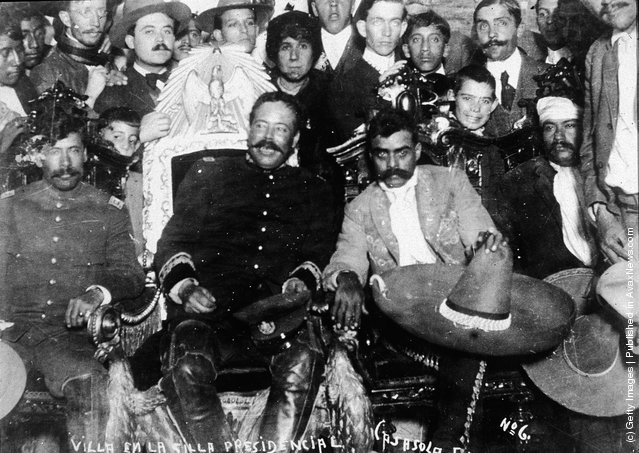 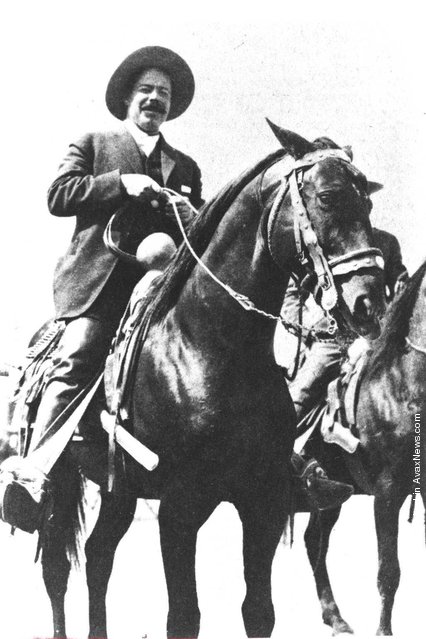 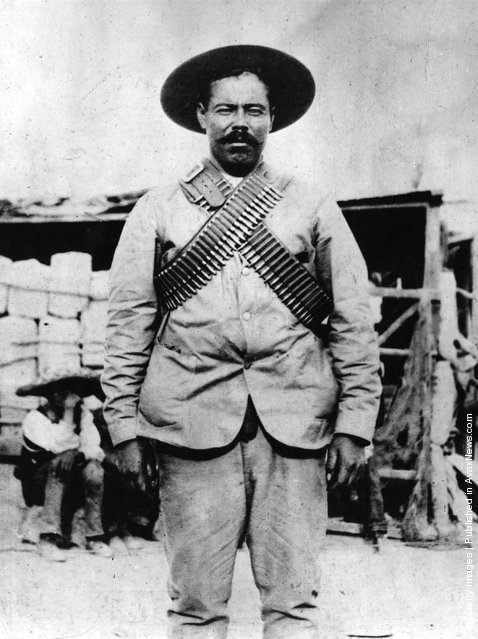 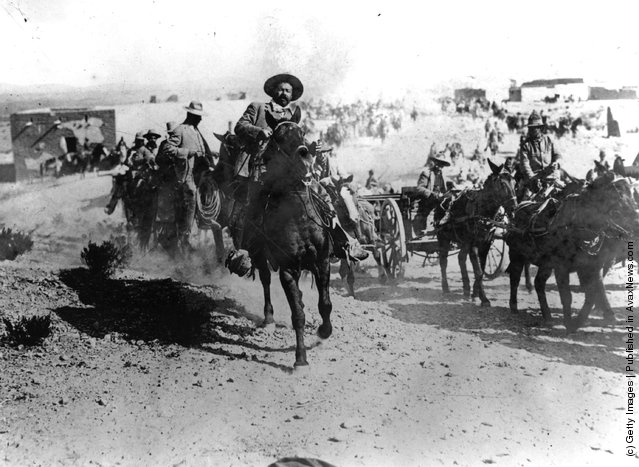 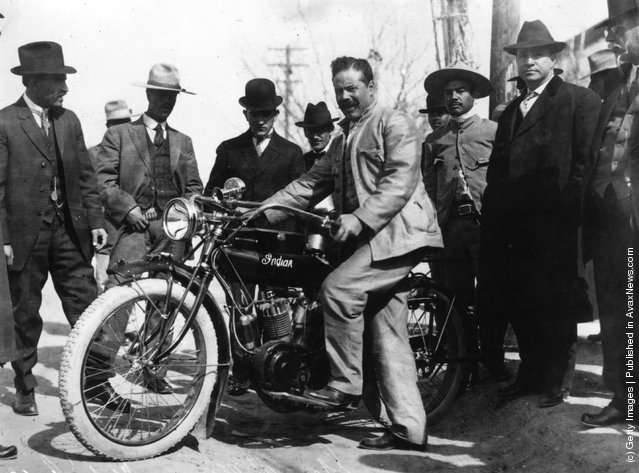 Mexican rebel leader Francisco “Pancho” Villa with one of the motorcycles used in the Battle of Torrero. (Photo by Topical Press Agency/Getty Images). August 1914 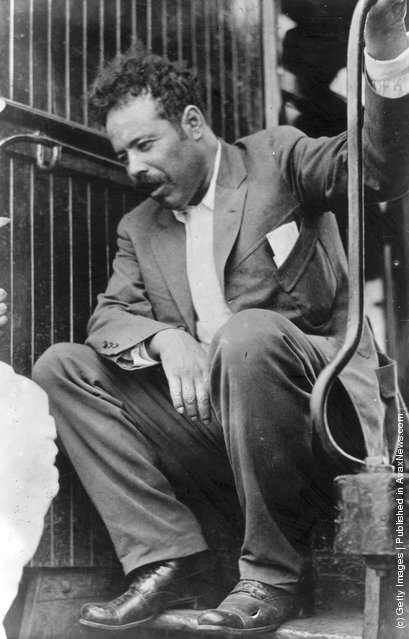