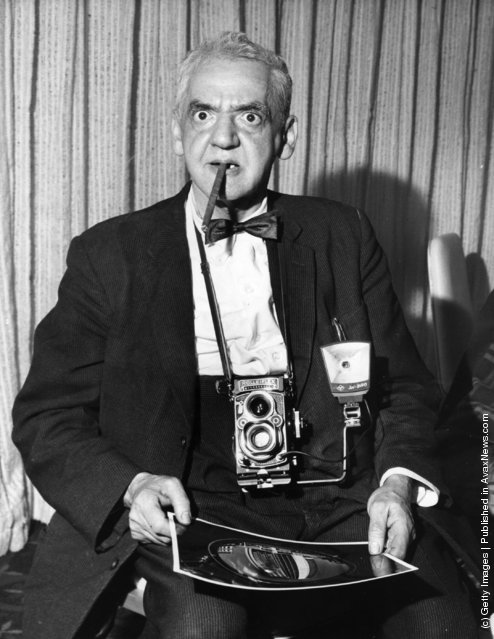 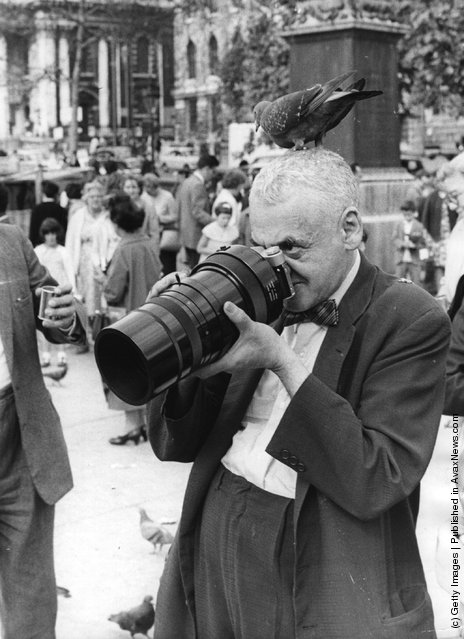 American press photographer Weegee (1899–1969) in Trafalgar Square, London with a pigeon on his head. Weegee was famous for his distorted photographs which turned everyday objects and people into unusual shapes. (Photo by Moore/Keystone/Getty Images). 3rd September 1963 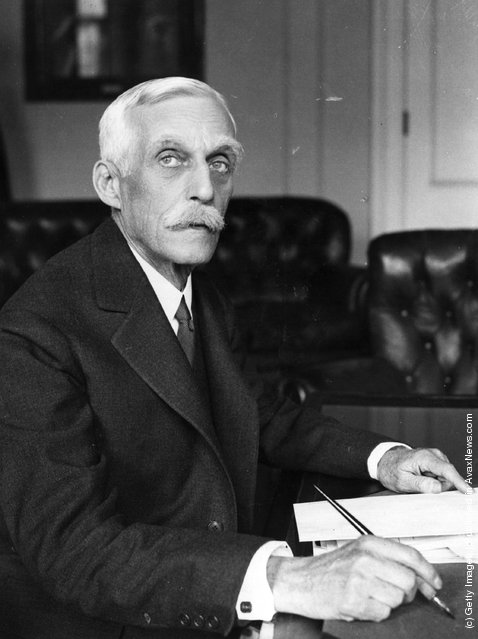 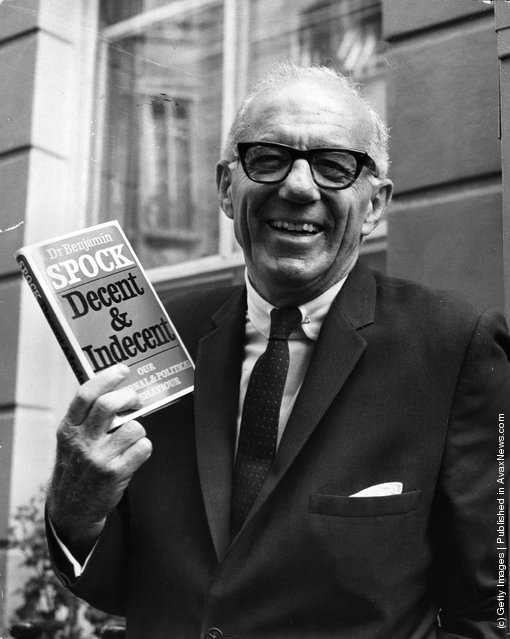 Dr. Benjamin Spock noted for his ideas on child-rearing, on a visit to Britain, holds up a copy of his book, “Decent & Indecent”. (Photo by Keystone/Getty Images). 1970 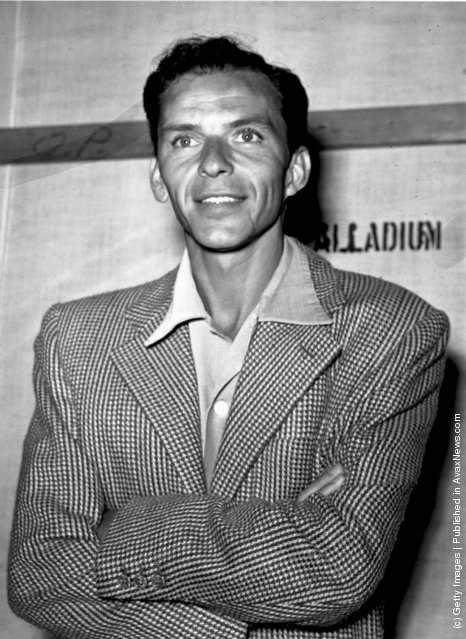 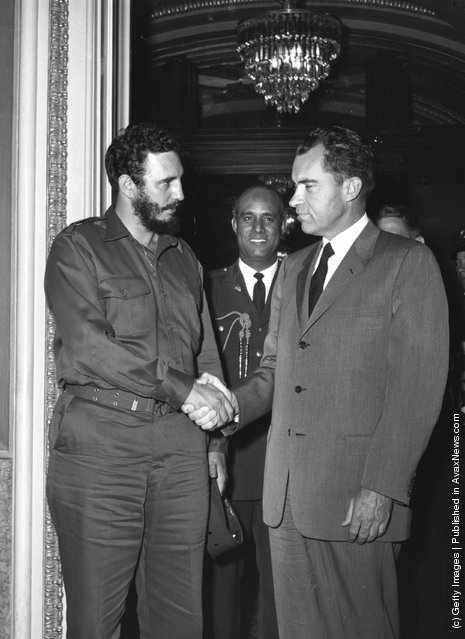 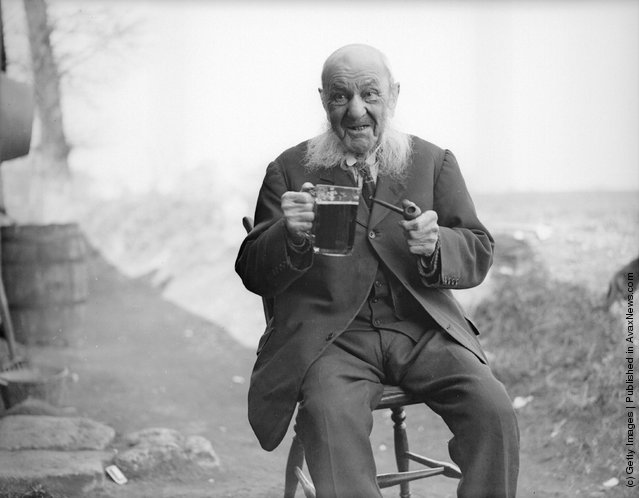 104-year-old John Faulkner of Appleford, Berkshire enjoys a pipe and a glass of beer as he remembers his considerable past. A former jockey, he has been married twice and fathered 32 children. (Photo by Fox Photos/Getty Images). 17th March 1932 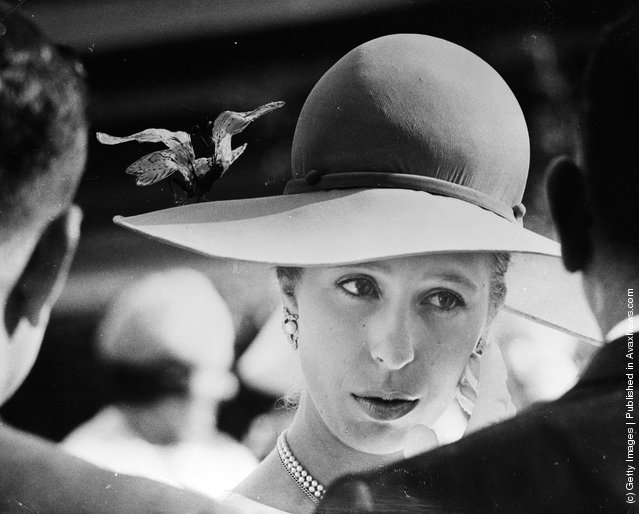 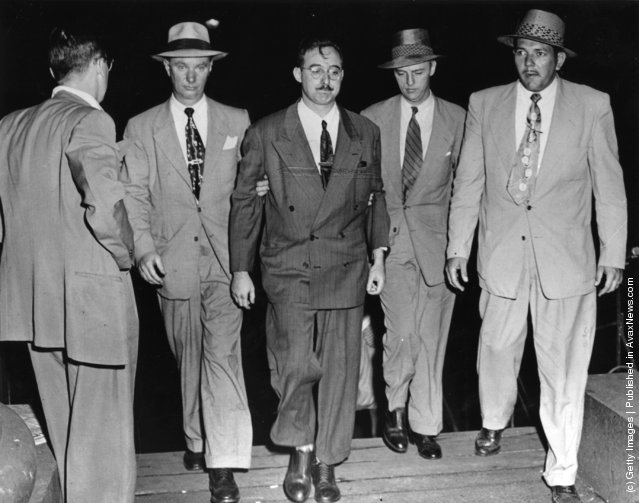 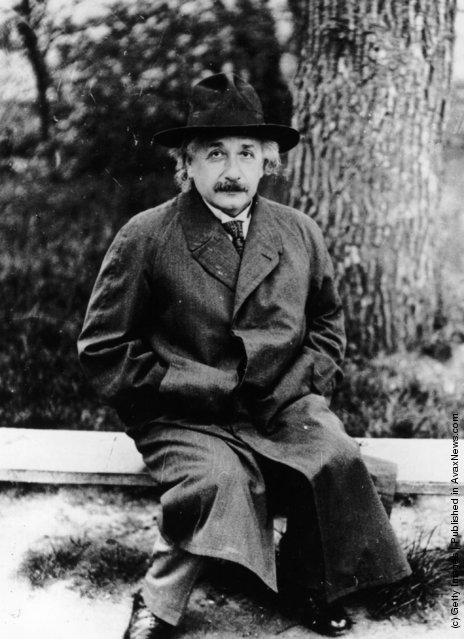 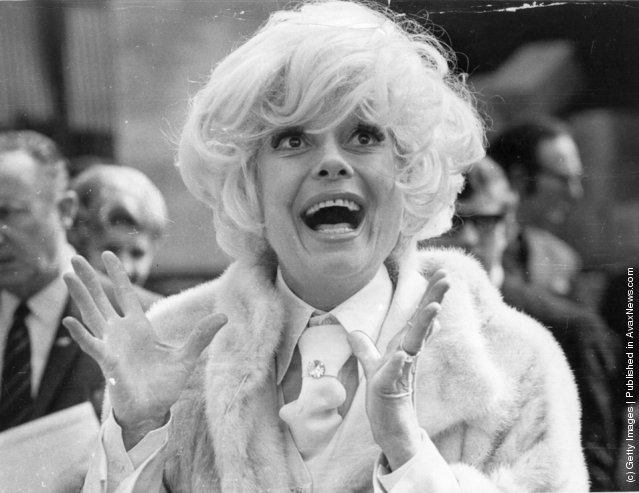 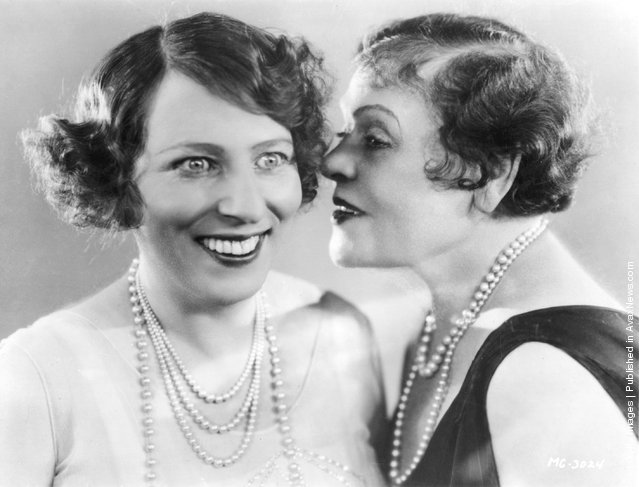 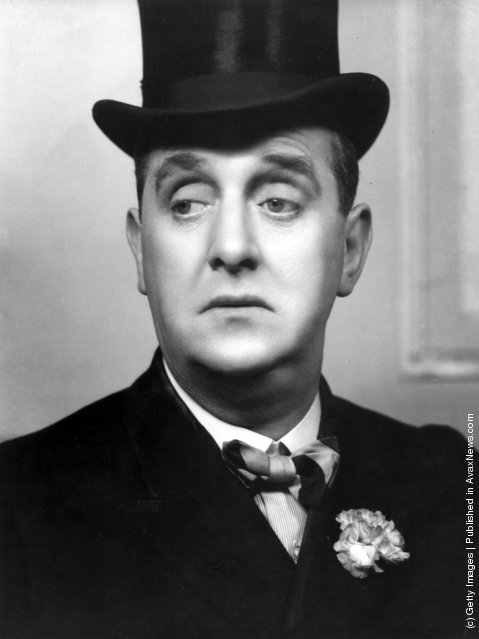 Actor Sydney Howard as he appears in “The Mayor's Nest”. (Photo by Hulton Archive/Getty Images). 1932 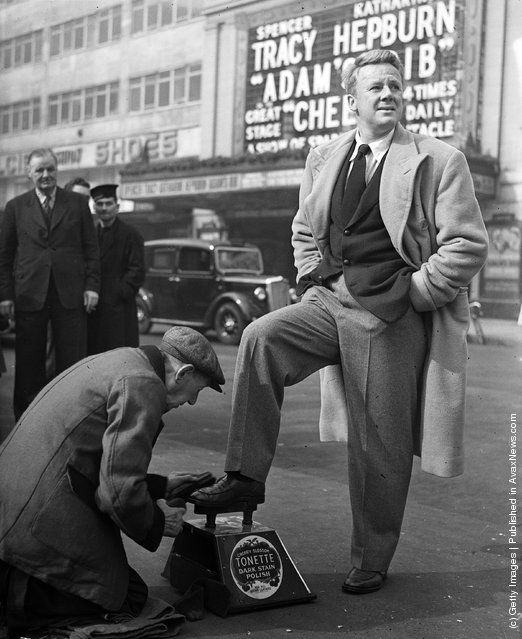 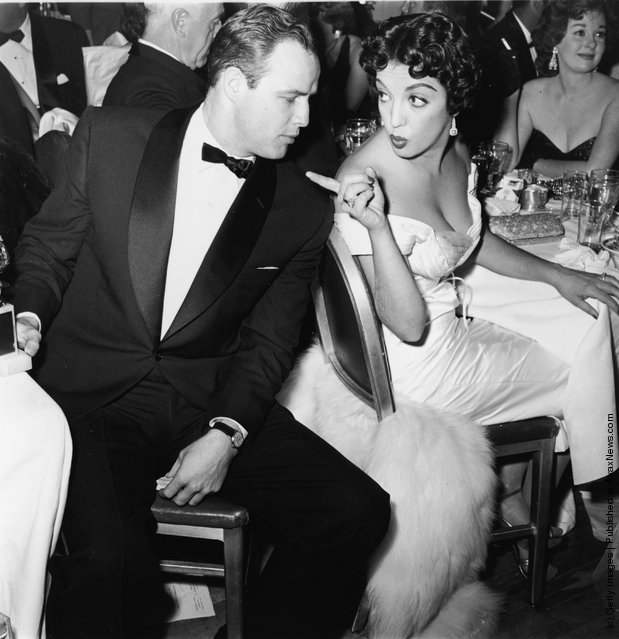