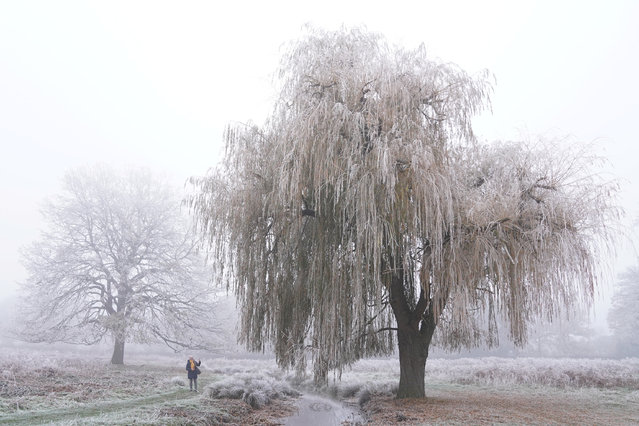 A person walks through frost and mist alongside a frozen stream in Bushy Park in London, Britain on December 11, 2022. (Photo by Maja Smiejkowska/Reuters) 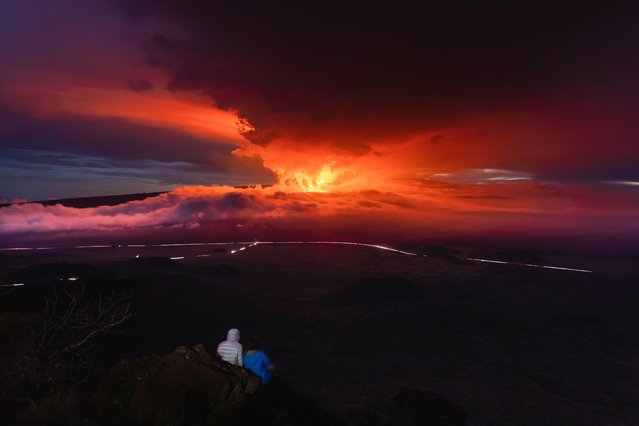 The Big Island's Mauna Loa Volcano erupts on November 28, 2022 on the Island of Hawaii. For the first time in almost 40 years, the biggest active volcano in the world erupted prompting an emergency response on the Big Island. (Photo by Andrew Richard Hara/Getty Images) 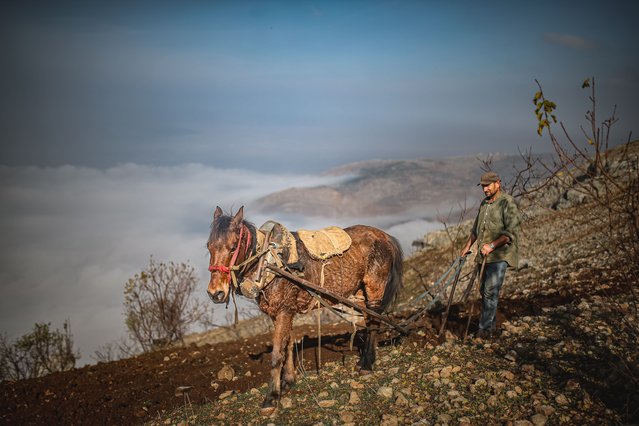 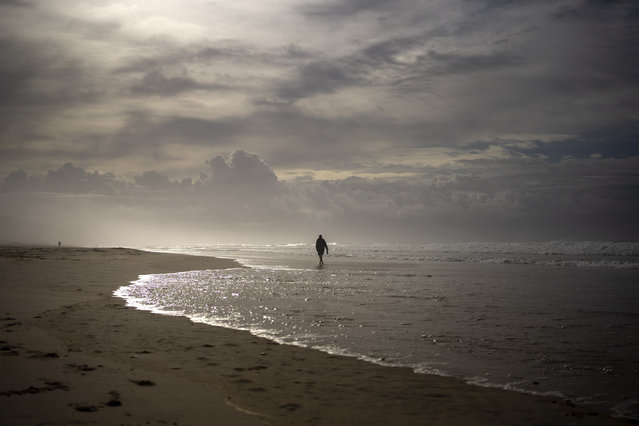 A man walks along the shore of an Atlantic Ocean beach next to the town of Zahara de los Atunes in southwestern Andalusia, Spain, Tuesday, December 6, 2022. (Photo by Emilio Morenatti/AP Photo) 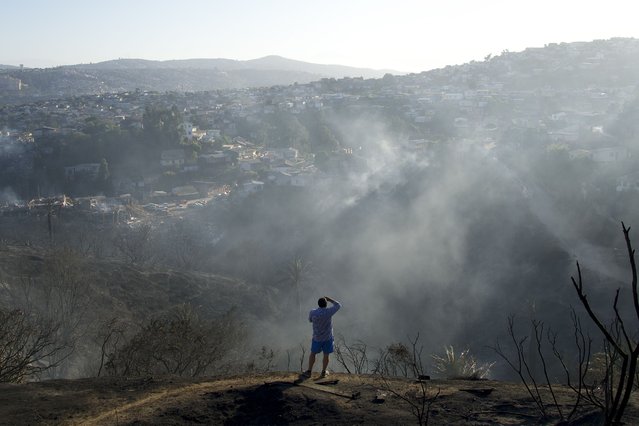 A man watches the effects of fires that burned some homes in Vina del Mar, Chile, Friday, December 23, 2022. (Photo by Matias Basualdo/AP Photo) 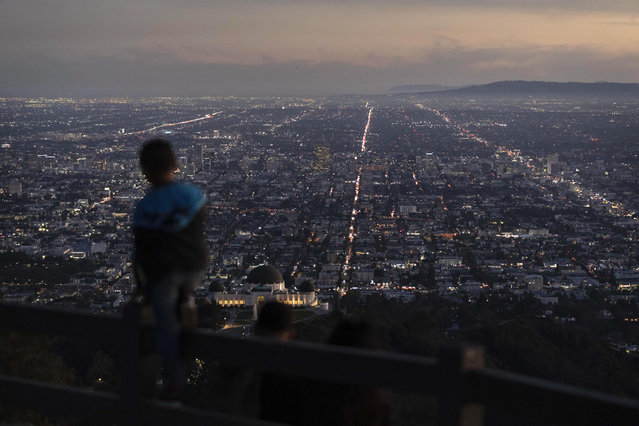 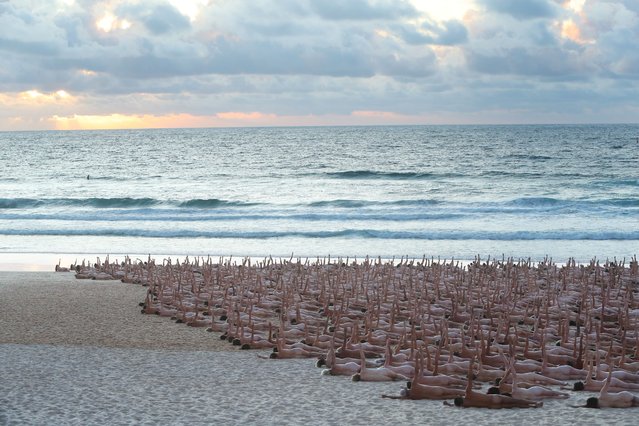 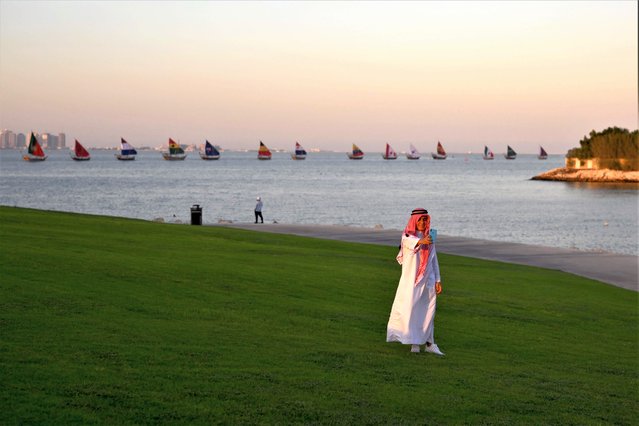 A man takes selfies with his mobile phone in Doha on November 23, 2022 during the Qatar 2022 World Cup football tournament. (Photo by Nicolas Tucat/AFP Photo) 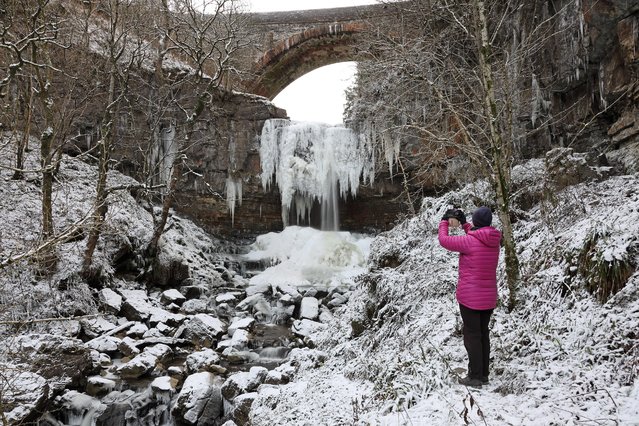 A walker enjoys the spectacle of giant icicles hanging from the frozen waterfall of Ashgill Force near Garrigill after yet another night of below freezing temperatures in Cumbria, United Kingdom on December 16, 2022. (Photo by David Forster/Alamy Live News) 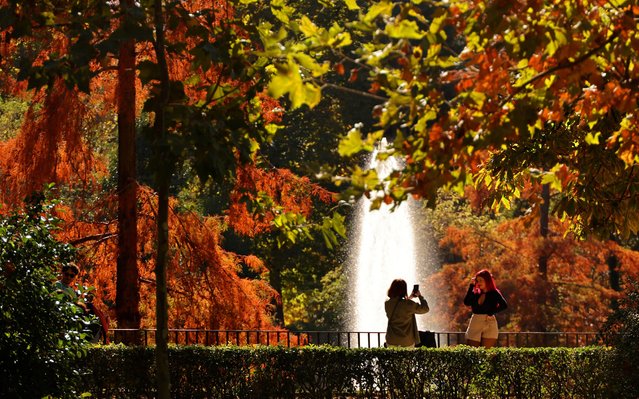 People take pictures surrounded by the fall colours of trees in the Retiro Park, central Madrid on November 5, 2022. (Photo by Thomas Coex/AFP Photo) 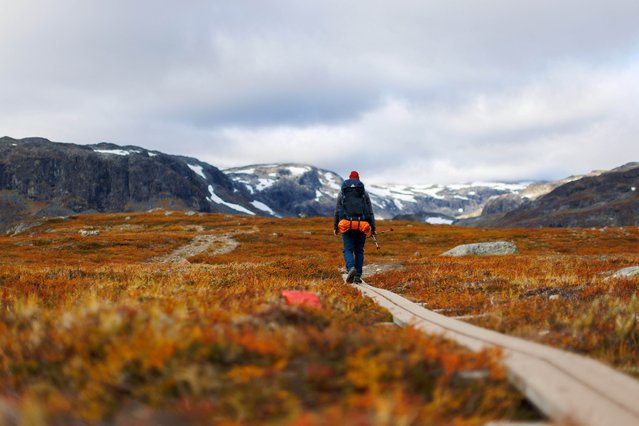 A hiker makes his way along King's Trail (Kungsleden) hiking route, during autumn in Lapland, near Abisko, Sweden on September 10, 2022. (Photo by Lisi Niesner/Reuters) 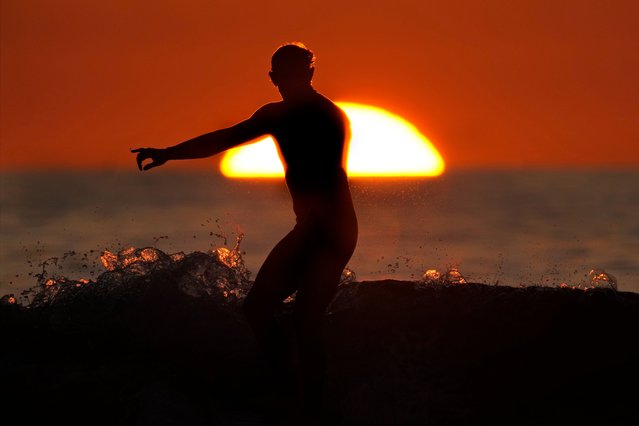 A surfer rides a wave as the sun sets over the Pacific Ocean off Ocean Beach, Sunday, December 18, 2022, in San Diego. (Photo by Charlie Riedel/AP Photo) 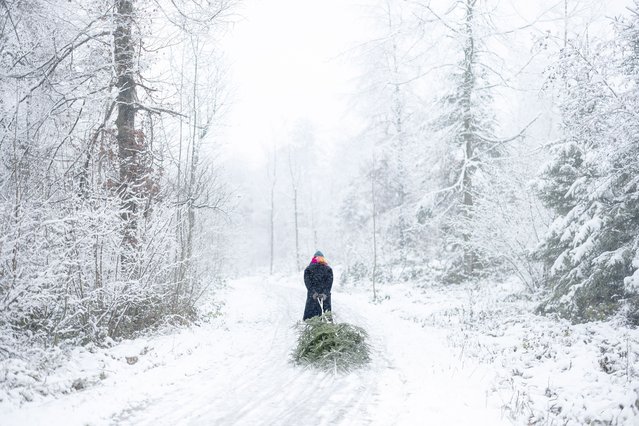 A woman hauls a Christmas tree on a sledge along a snowy forest path in Zurich, Switzerland, 10 December 2022. (Photo by Michael Buholzer/EPA/EFE) 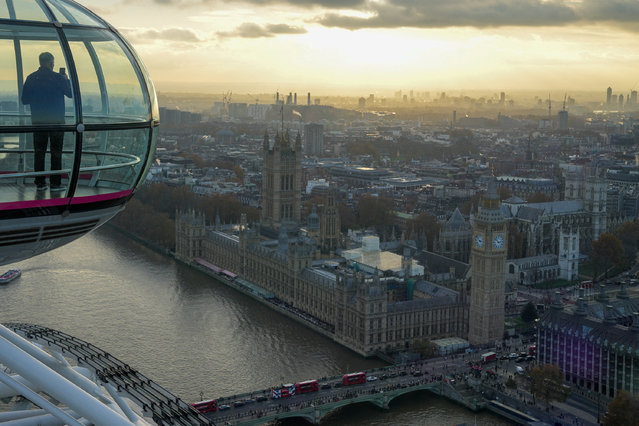 A view of the Palace of Westminster seen from the London Eye, in London, Britain on December 7, 2022. (Photo by Maja Smiejkowska/Reuters) 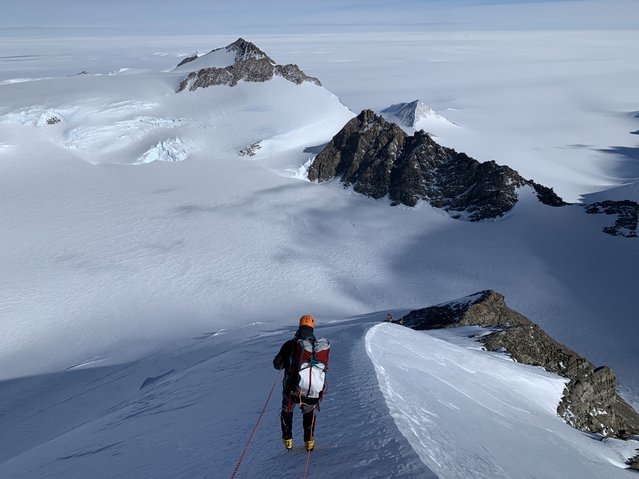 Irish man Rory McHugh climbing Mount Vinson in the Antarctic in December 2022 Rory is on a quest to climb the highest mountain on all seven continents. Mount Vinson, which at 4,892m is the highest mountain in Antarctica, is number six on his list. Although the expedition was in 24-hour daylight, the sun simply going behind a cloud could lead to the temperature instantly dropping 20 degrees or more. The climb was eventually completed in temperatures of –40 to –45 degrees and winds of 30-40km/h. (Photo by The Irish Times)
Edit Del
20 Jan 2023 03:52:00, post received 0 comments
Publication archive:
←   →
Popular tags:
All tags
Last searches: