Touching Pete Nelson’s Tree Houses
Treehouses aren’t just a matter of nailing some two-by-fours to a trunk and putting a piece of plywood at the neck of the branches. Treehouse designer Pete Nelson just released a comprehensive source of inspiration and practical information about treehouse design and construction, a book called “Be in a Treehouse”. In the book, Nelson shares basics of treehouse construction, using his own recent projects as case studies. Using photographs along with diagrams, he covers tree selection and care, and explains the fundamentals of building platforms. 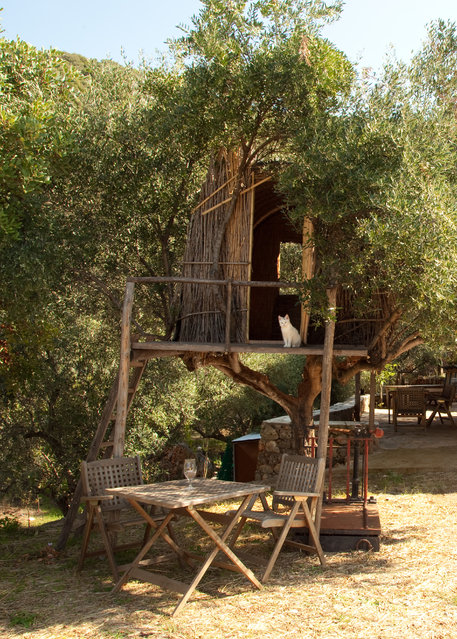 Art Farm, Kalamata, Greece. Pete Nelson had the company of two white cats that followed him from hut to hut as he took my pictures. Despite not advertising, the cats are not the only visitors to the Art Farm. Backpackers routinely hear of the place through the grapevine and arrive unannounced. (Photo by Pete Nelson) 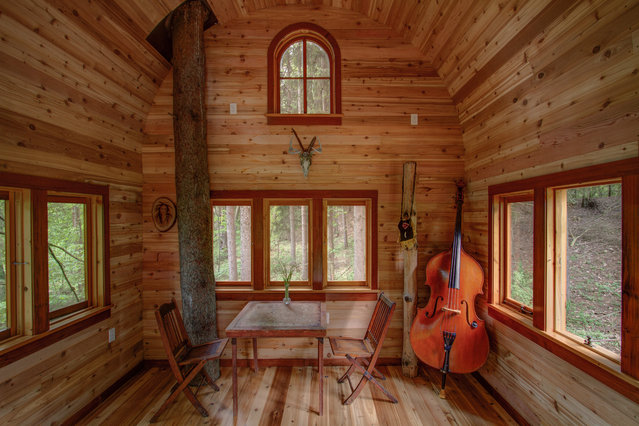 Cabin in the Trees, Ann Arbor, Michigan. A simple open room is finished with materials collected over years. The vaulted roof distinguishes the treehouse as one of a kind. It is made from ten trusses, each built by layering three laminates of thin plywood. (Photo by Pete Nelson) 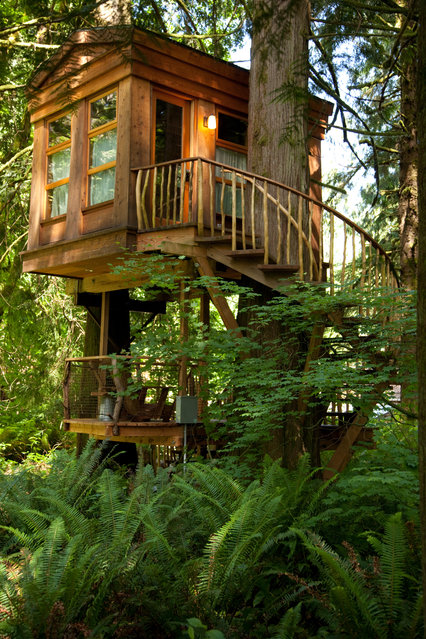 Bonbibi, Treehouse Point, Fall City, WA. The Bonbibi is balanced on two steel yokes. The yokes spread out the load and allow for tree growth and movement in the wind. A small deck hangs from the beams below and uses the treehouse itself to shelter guests. (Photo by Pete Nelson) 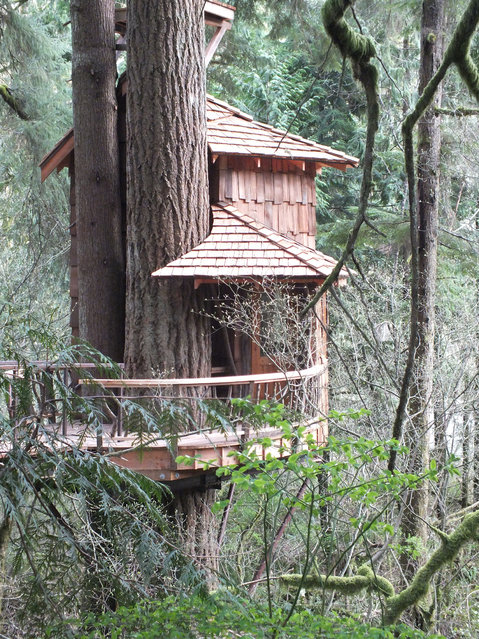 The Burl, Treehouse Point, Fall City, WA. A massive Douglas fir and sister hemlock take center stage at the Burl treehouse. One of the difficulties in designing a treehouse is not overwhelming the trees themselves – here that was very hard to do. (Photo by Pete Nelson) 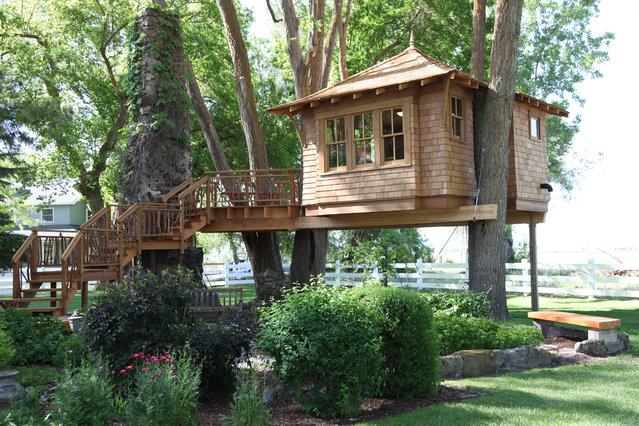 The WC Ranch Treehouse, outside of Merrill, Oregon. Treehouses have a way of uniting friends and family like nothing else. (Photo by Pete Nelson) 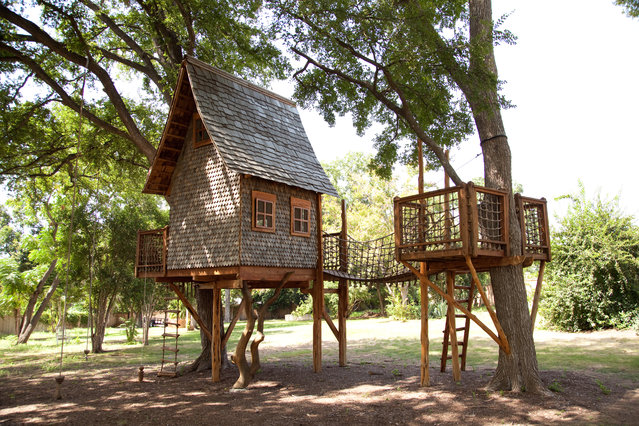 The Attic, San Antonio, Texas. The steep roof and fish-scale siding make this a particularly playful building. It serves as a sophisticated family funhouse. (Photo by Pete Nelson) 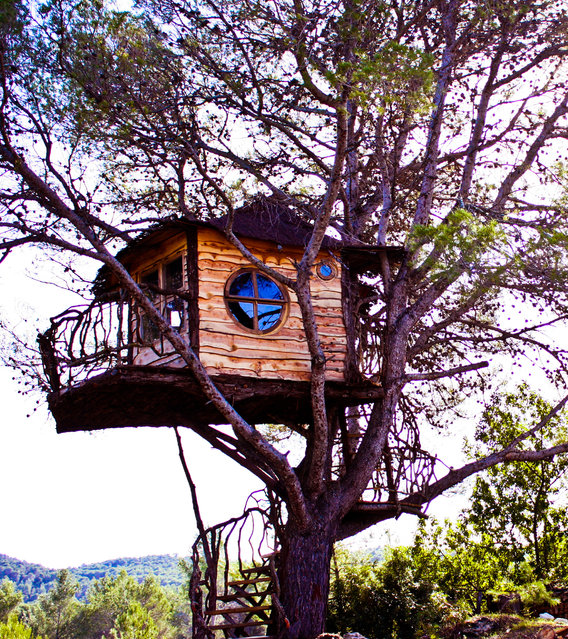 The Witch House, Ibiza, Spain. An Aleppo pine hosts an eclectic creation using locally sourced materials. The round windows were built on-site after the busilder left the island by a talented mason turned carpenter. (Photo by Pete Nelson) 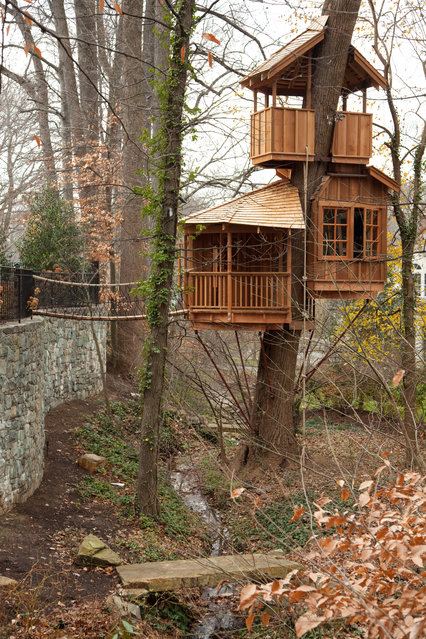 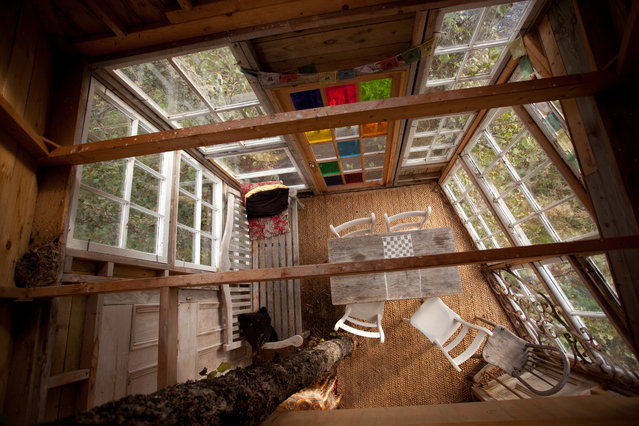 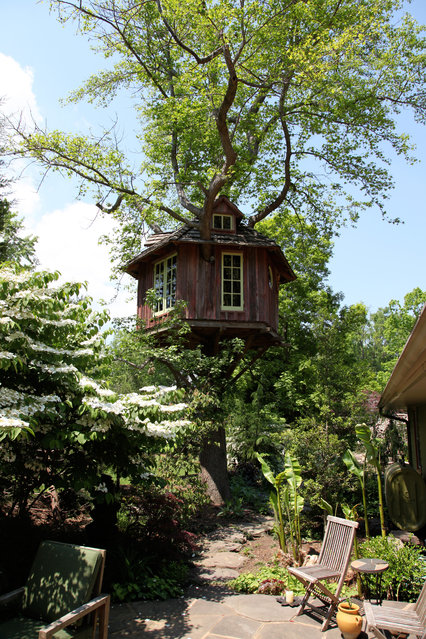 The French Gardener’s House, Annapolis, Maryland. A maple in the owner's backyard gave the landscape architect the idea to rise above his manicured yard for a better view. (Photo by Pete Nelson)
Edit Del
16 May 2014 16:00:00, post received 0 comments
Publication archive:
←   →
Popular tags:
All tags
Last searches: