Touching Pirate Radio In The United Kingdom
“«Pirate radio» in the UK first became widespread in the early 1960s when pop music stations such as Radio Caroline and Radio London started to broadcast on medium wave to the UK from offshore ships or disused sea forts. At the time these stations were not illegal because they were broadcasting from international waters. The stations were set up by entrepreneurs and music enthusiasts to meet the growing demand for pop and rock music, which was not catered for by the legal BBC Radio services.

The first British pirate radio station was Radio Caroline, which started broadcasting from a ship off the Essex coast in 1964. By 1967 twenty-one pirate radio stations were broadcasting to an estimated daily audience of 10 to 15 million. The format of this wave of pirate radio was influenced by Radio Luxembourg and American radio stations. Many followed a top 40 format with casual DJs, making UK pirate radio the antithesis of BBC radio at the time. Spurred on by the offshore stations, several landbased pirate stations took to the air on medium wave at weekends, such as Telstar 1 in 1965, and RFL in 1968.

According to Andrew Crisell UK pirate radio broke the BBC's virtual monopoly of radio to meet demand that had been neglected. In reaction to the popularity of pirate radio BBC radio was restructured in 1967, establishing BBC Radio 1, Radio 2, Radio 3 and Radio 4. A number of DJs of the newly created pop music service BBC Radio 1 came from pirate stations. The UK Government also closed the international waters loophole via the Marine Broadcasting Offences Act of 1967, although Radio Caroline continued to broadcast (with some sizable off-air periods between 1968–72 and 1980–83) until 1988”. – Wikipedia 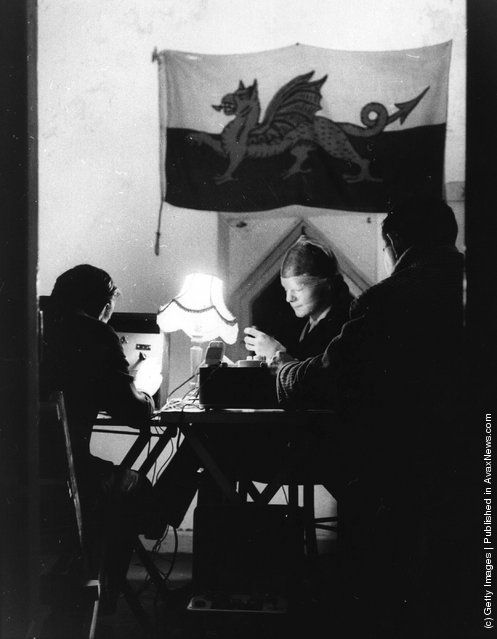 When BBC Television goes off the air, pirate broadcasters sympathising with the Welsh National Movement go on, using the same wavelength, but sound only. Their transmitter has a range of fifty miles. (Photo by Hulton Archive/Getty Images). 3rd March 1962 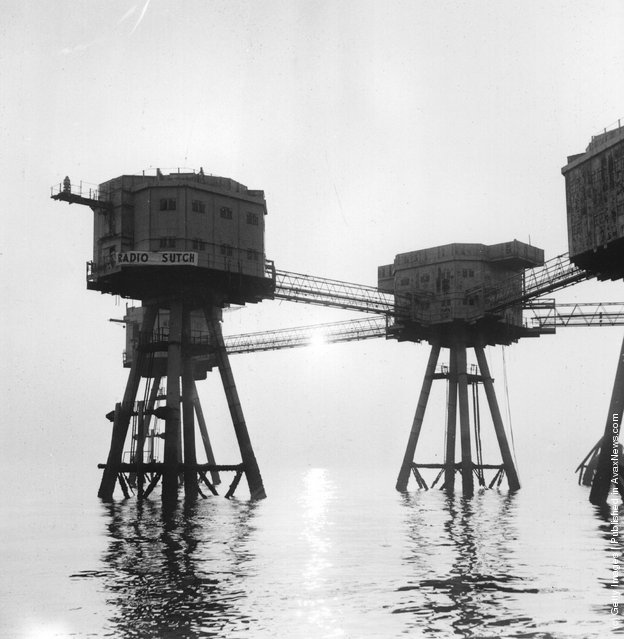 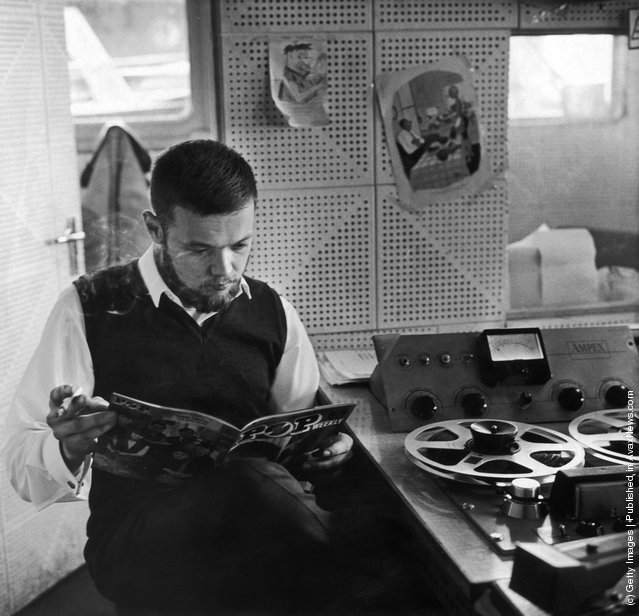 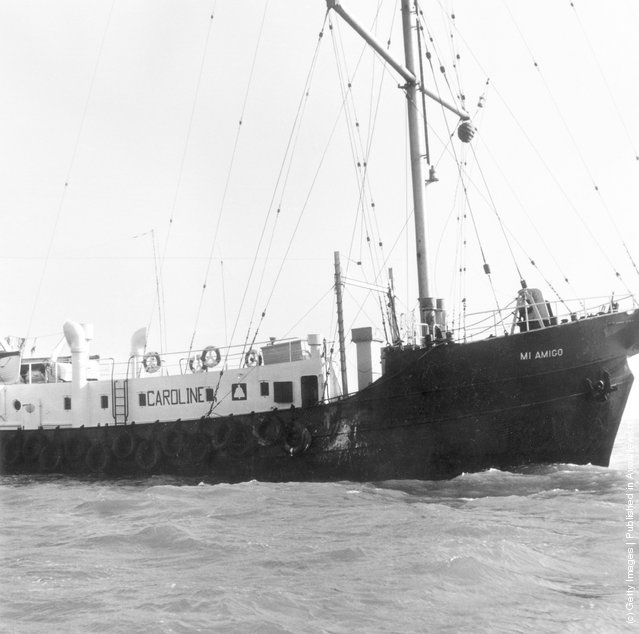 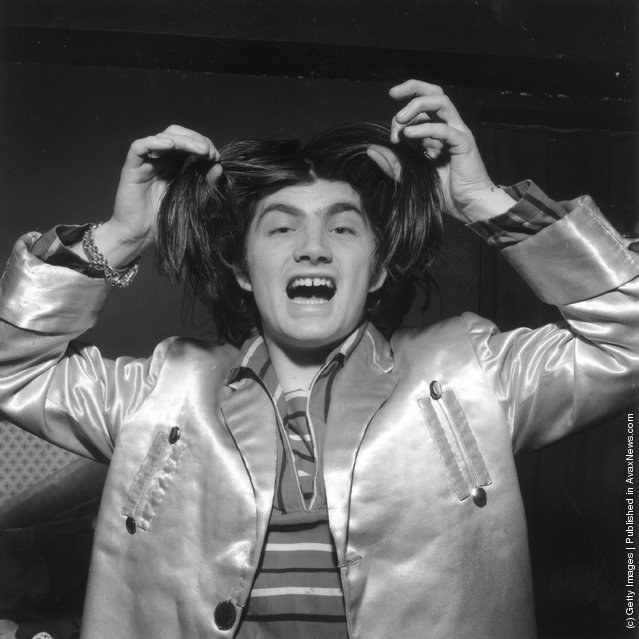 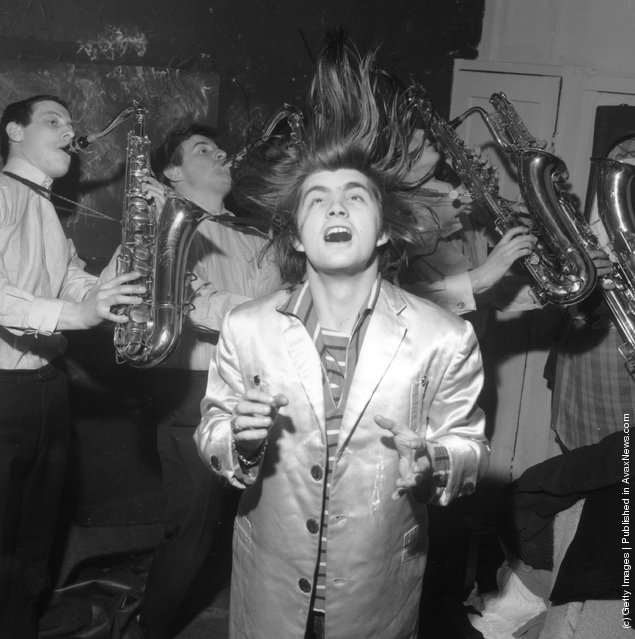 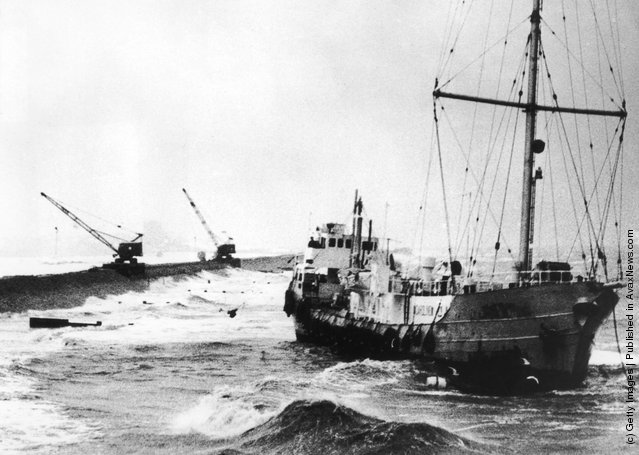 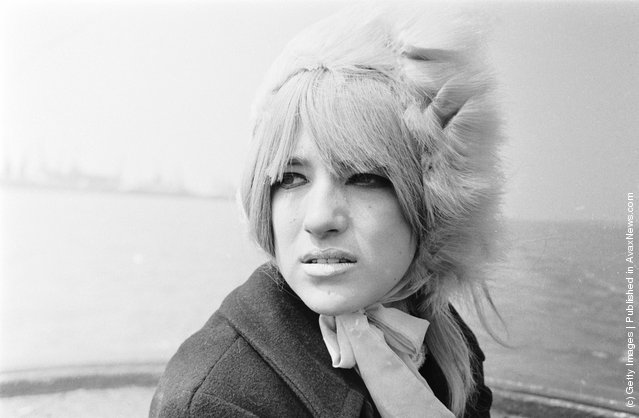 English pop singer, Twinkle (Lynn Annette Ripley) at the launch party of Swinging Radio England, a pirate radio station based on a ship anchored off Harwich. (Photo by John Pratt/Keystone Features/Getty Images). May 1966 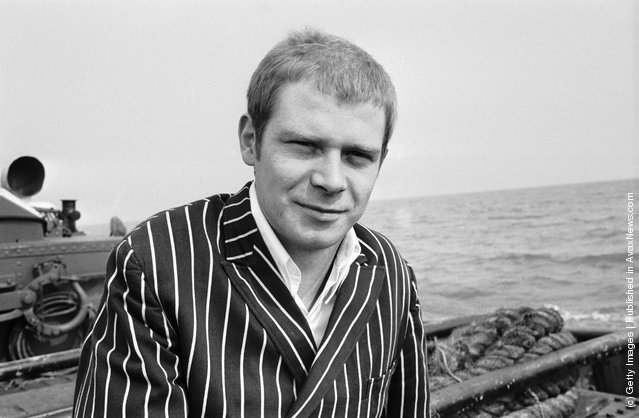 Pop singer, Long John Baldry of the group “Steampacket” in a pin-stripe jacket at the launch party of Swinging Radio England, a pirate radio station based on a ship anchored off Harwich. (Photo by John Pratt/Keystone Features/Getty Images). May 1966 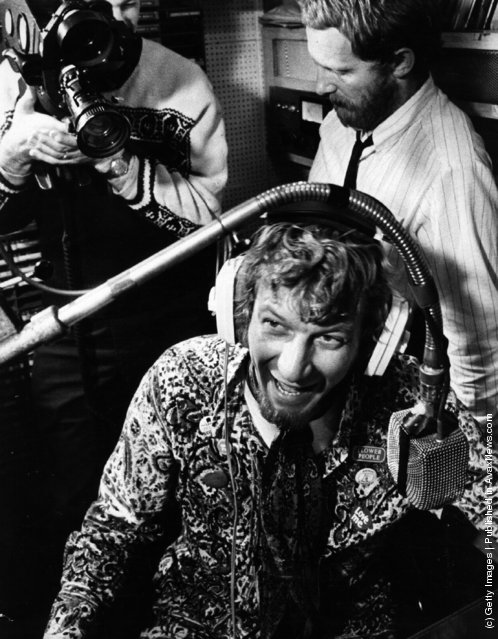 The “World in Action” team making a program about the pirate radio ship Caroline, filmed by Paddy Searle, and produced by Mike Hodges. The DJ being filmed is Robbie Dale, and Hodges is standing behind him. (Photo by James Jackson/Evening Standard/Getty Images). 6th September 1967 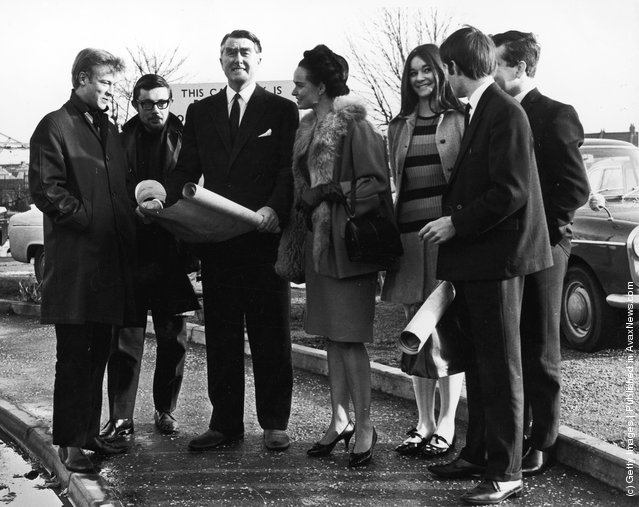 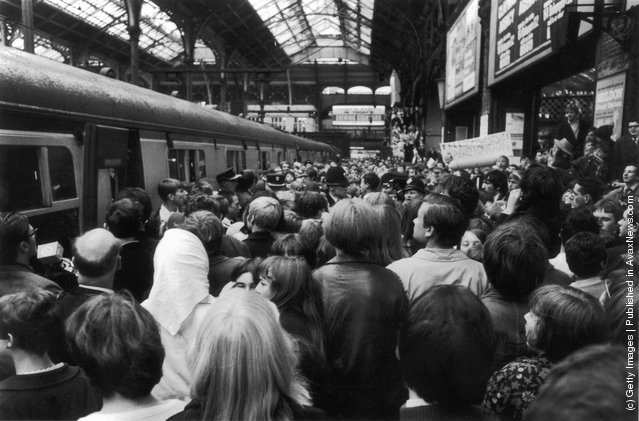 Fans of the pirate radio station, Radio London at Liverpool Street Station, London to protest at the governmentfs decision to outlaw offshore radio. Throughout the day, the stationfs disc jockeys, including “Big L”, had asked fans to meet them at Liverpool Street after Radio London closed down. (Photo by Keystone Features/Getty Images). 15th August 1967 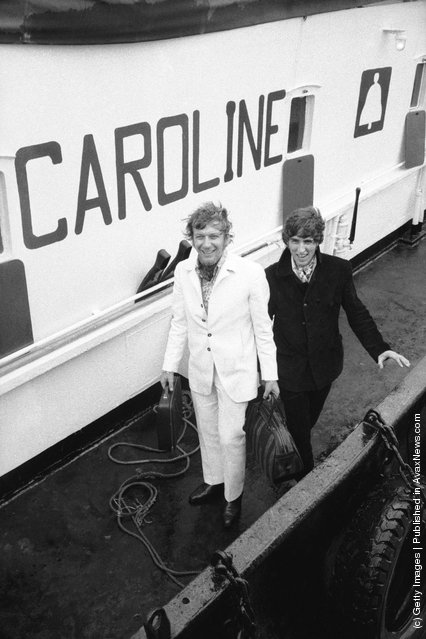 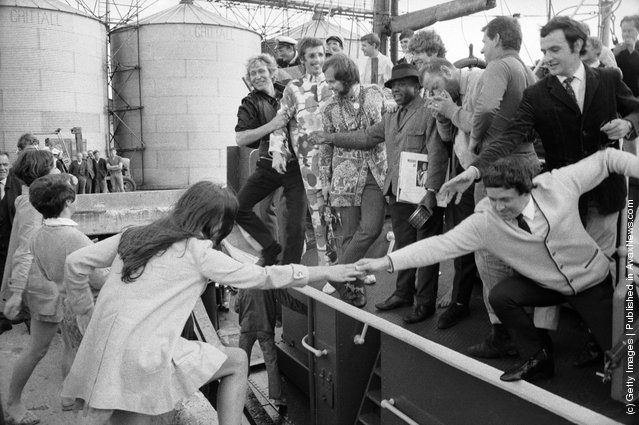