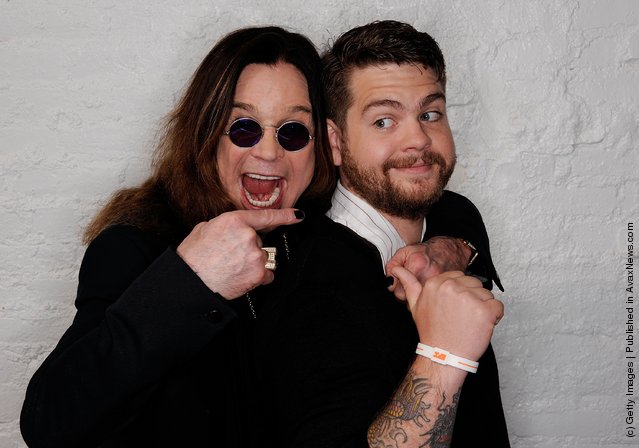 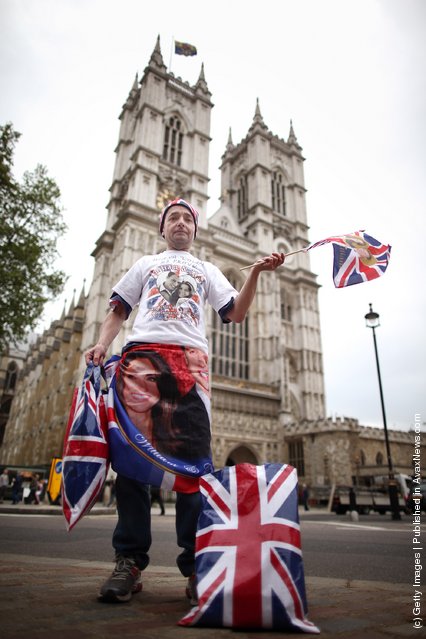 Royal fan John Loughrey becomes the first person to camp out on the streets to wait for the start of the Royal Wedding on April 26, 2011 in London, England. With only two full days to go before the Royal Wedding security checks and last minute preparations are continuing around Westminster Abbey, Buckingham Palace and on the route the couple will take. (Photo by Peter Macdiarmid/Getty Images) 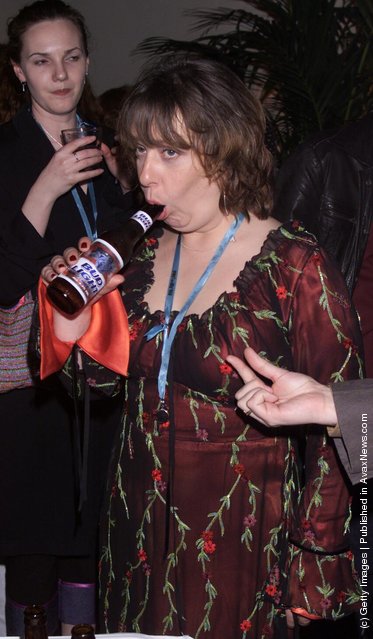 Actress Kathy Burke enjoys a beer, while a guest pretends to tweak her nipple, at the party for her latest film “Kevin And Perry Go Large” at Home nightclub on April 18, 2000, in , London, England. Kathy plays the role of “Perry” to Harry Enfield's “Kevin”, characters which originated from the comedy series “Harry Enfield And Chums” aired on BBCOne. (Photo by Dave Hogan/Getty Images) 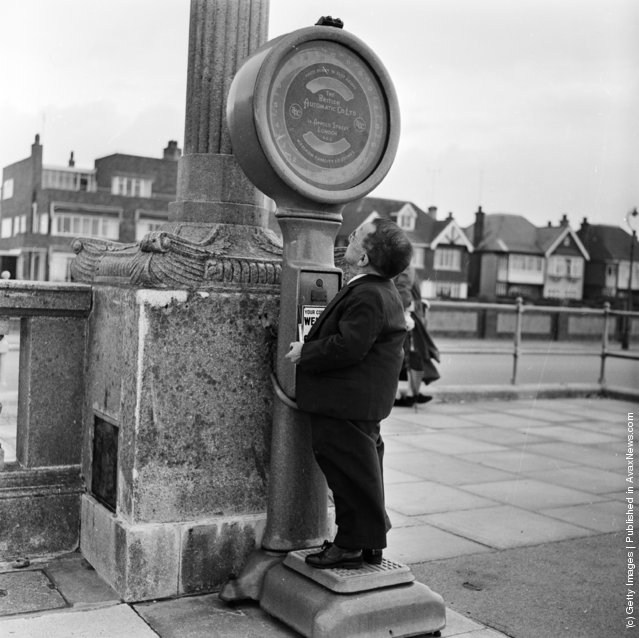 Henry Behrens, the smallest man in the world weighs himself on a pair of street scales in Worthing. Measuring only 30 inches high, Mr Behrens has made a living by travelling the world with Burton Lester's midget troupe. (Photo by Harry Kerr/BIPs/Getty Images). 26th October 1956 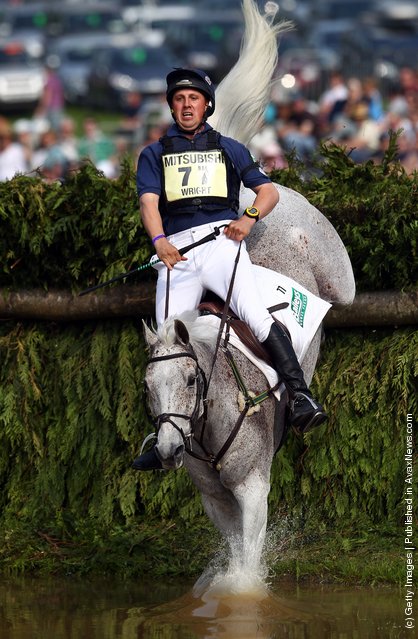 Matthew Wright riding Well Spotted as they compete in the cross country stage during day three of the Badminton Horse Trials on April 24, 2011 in Badminton, Gloucestershire. (Photo by Julian Finney/Getty Images) 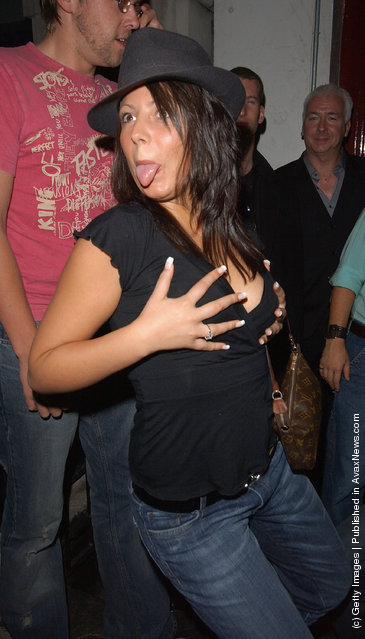 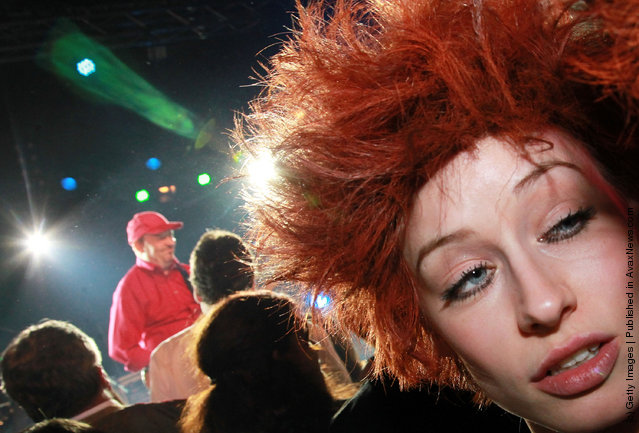 Musicians of the “Spider Murphy Gang” music group perform on stage at Hotel Stanglwirt during the Weisswurst Party on January 21, 2011 in Going, Austria. (Photo by Johannes Simon/Getty Images) 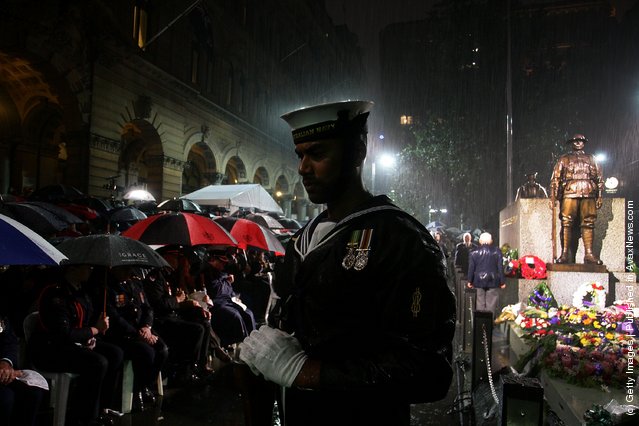 A military cadet, war veterans and the public stand in the rain during the ANZAC Dawn Service at the George Street Cenotaph on April 25, 2011 in Sydney, Australia. Veterans, dignitaries and members of the public today marked ANZAC (Australia New Zealand Army Corps) Day, when First World War troops landed on the Gallipoli Peninsula, Turkey early April 25, 1915, commemorating the event with ceremonies of remembrance for those who fought and died in all wars. (Photo by Lisa Maree Williams/Getty Images) 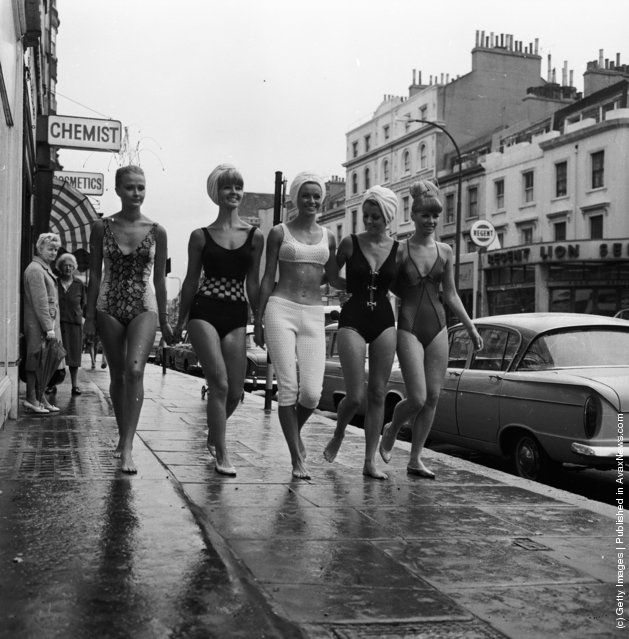 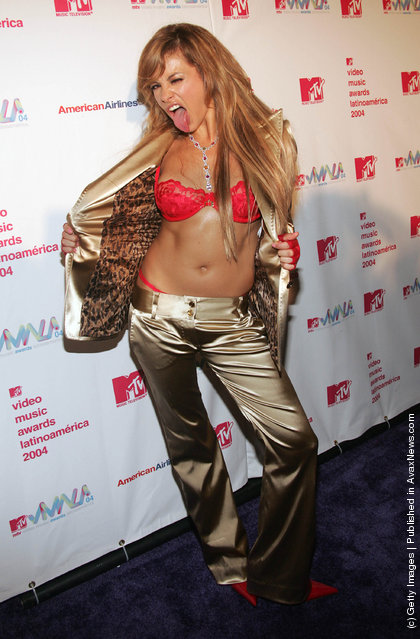 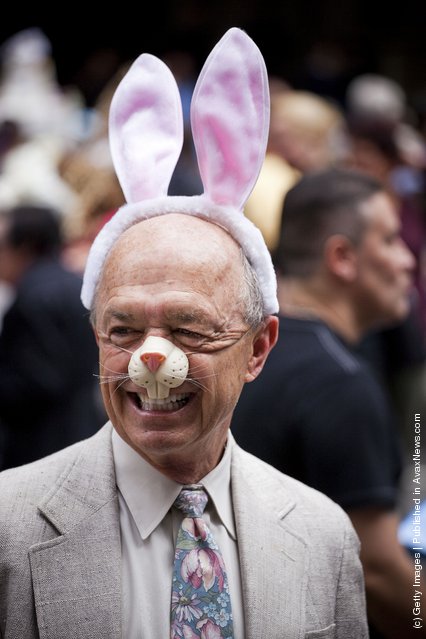 A man wearing bunny ears and matching nose takes part in the 2011 Easter Parade and Easter Bonnet Festival on April 24, 2011 in New York City. The parade is a New York tradition dating back to the mid-1800s when the social elite would parade their new fashions down Fifth Avenue after attending Easter services in one of the Fifth Avenue churches. (Photo by Michael Nagle/Getty Images) 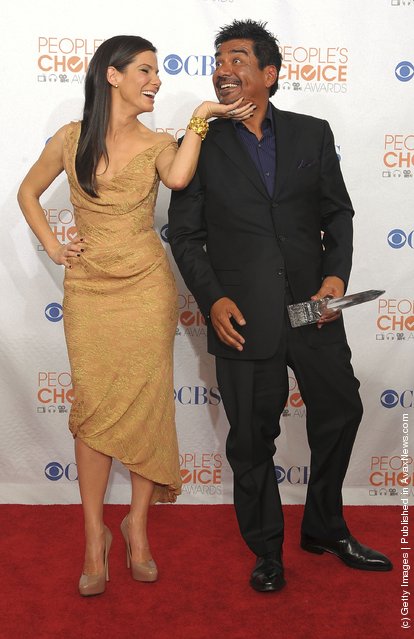 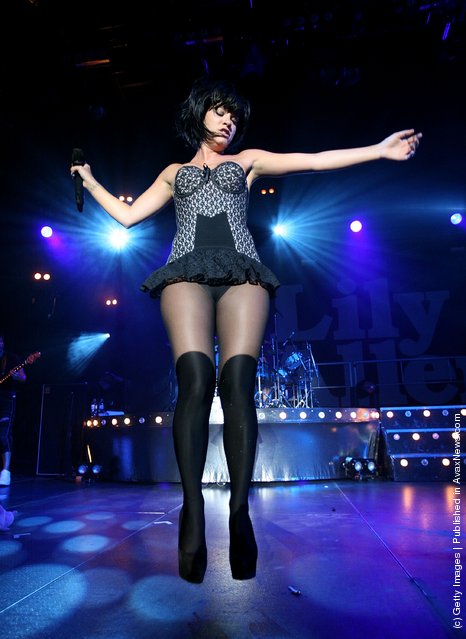 British singer Lily Allen performs on stage in concert at the Hordern Pavilion on January 21, 2010 in Sydney, Australia. (Photo by Graham Denholm/Getty Images) 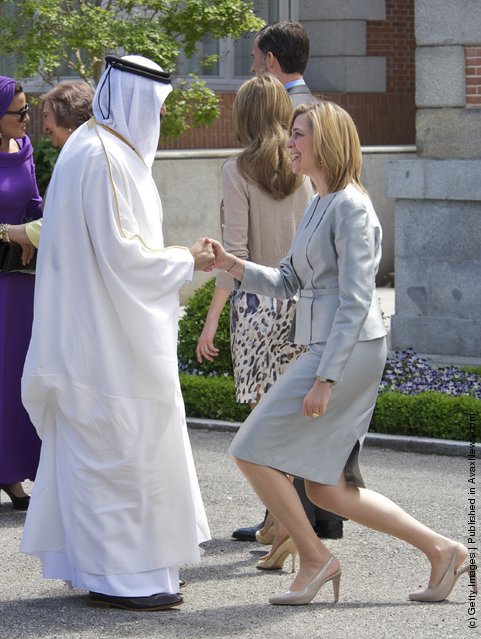 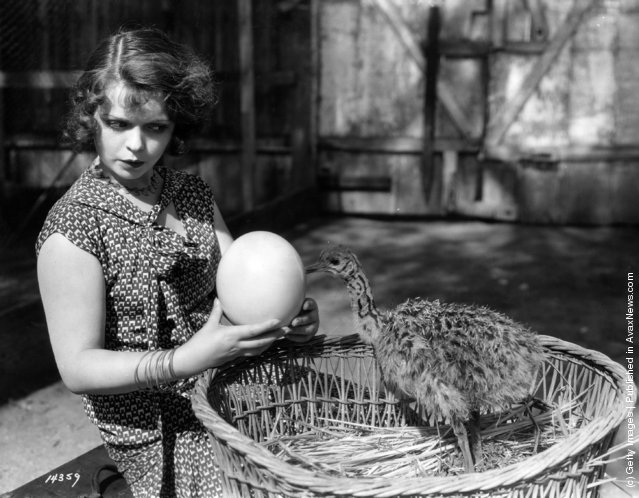 Sally Star, the MGM Hollywood actress. She starred with Marion Davies in “Dulcie” and also appeared in “So This is College” is with a baby ostrich, looking rather quizzically at a large egg. (Photo by Hulton Archive/Getty Images). Circa 1922 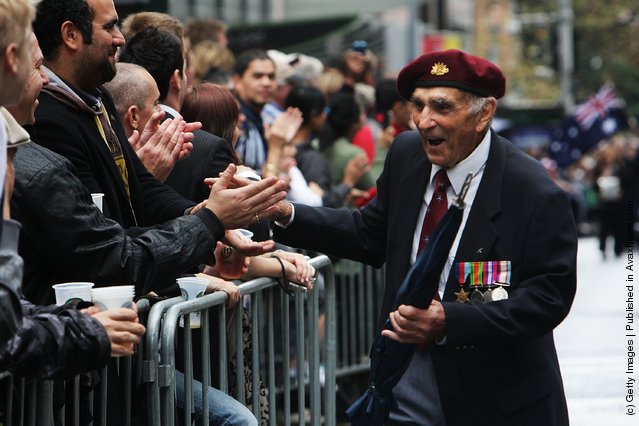 A war veteran greets the crowd along Park Street during the ANZAC Day parade on April 25, 2011 in Sydney, Australia. Veterans, dignitaries and members of the public today marked ANZAC (Australia New Zealand Army Corps) Day, when First World War troops landed on the Gallipoli Peninsula, Turkey early April 25, 1915, commemorating the event with ceremonies of remembrance for those who fought and died in all wars. (Photo by Lisa Maree Williams/Getty Images) 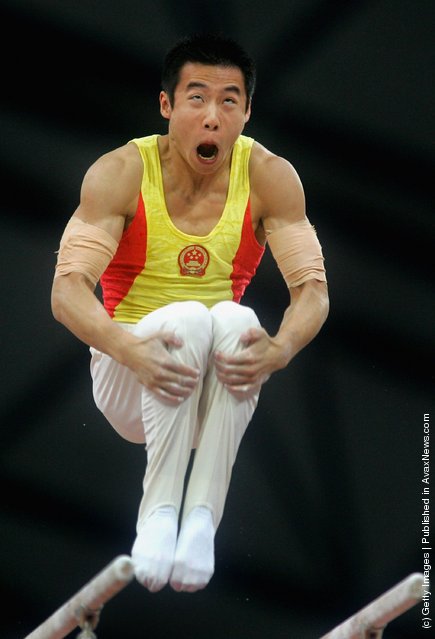 Xiao Qin of China competes in the parallel bars at the Men's Team Final and Individual Qualification Artistic Gymnastics during the 15th Asian Games Doha 2006 at Aspire Hall on December 2, 2006 in Doha, Qatar. (Photo by Jeff Gross/Getty Images for DAGOC) 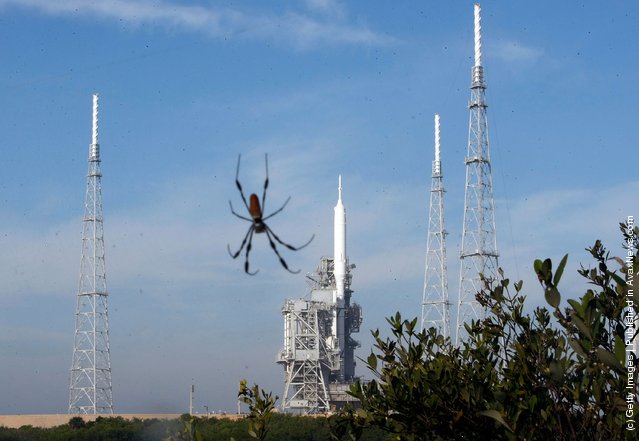 A spider is seen near NASA's Ares I-X rocket as it stands on launch pad 39-b at the Kennedy Space Center October 26, 2009 in Cape Canaveral, Florida. (Photo by Joe Raedle/Getty Images) 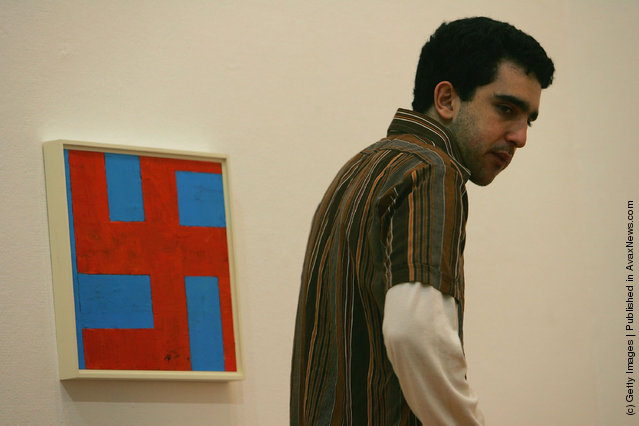 An Israeli man walks past a painting of a Swastika during an exhibition by Israeli artist Boaz Arad at the Center for Contemporary Art February 22, 2007 in Tel Aviv, Israel. Arad is an Israeli artist who is dealing with the Holocaust in a provocative way. He uses the Holocaust to discuss human evil and contemporary Israel, which he says is torn and crumbling. (Photo by David Silverman/Getty Images) 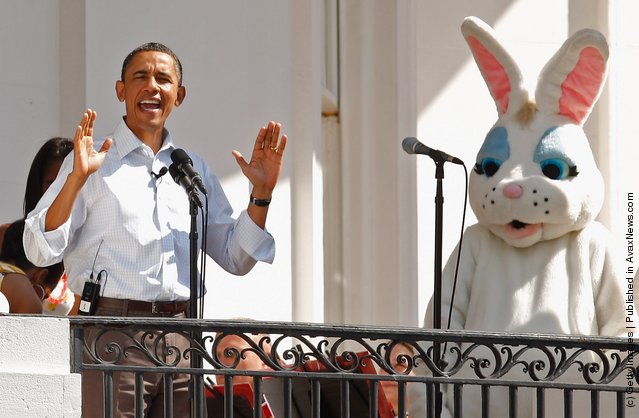