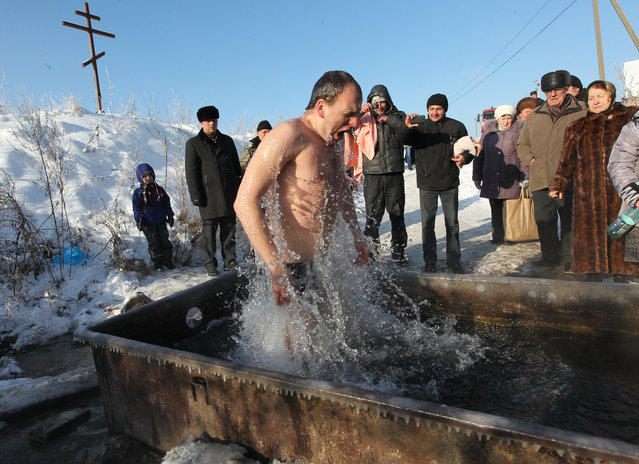 A man bathes in an icy cold water of a brook as air tempetarure is – 16 C ( 3 degrees Fahrenheit) during a celebration of Epiphany in Kashira, on January 19, 2014 in South of Moscow, Russia. (Photo by Sasha Mordovets/Getty Images) 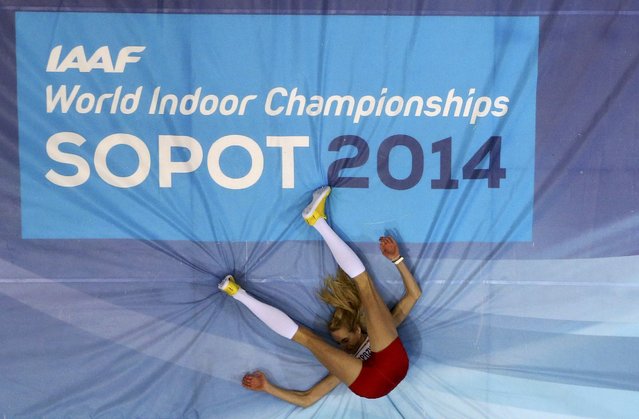 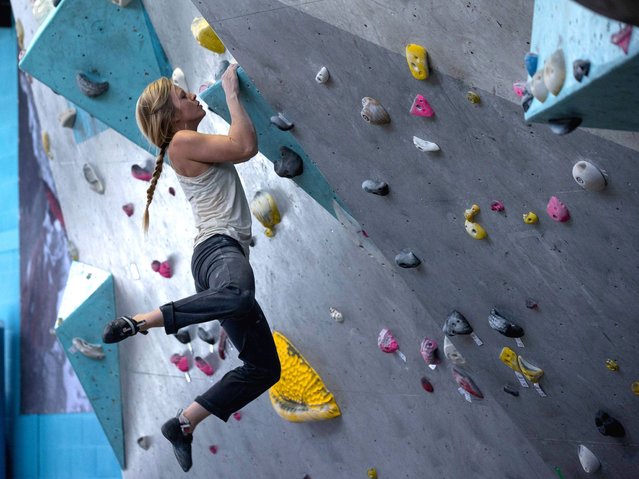 British climber Mina Leslie-Wujastyk trains in “The Depot” climbing wall ahead of the forthcoming Bouldering World Cup season on March 5, 2014 in Nottingham, England. Mina Leslie-Wujastyk, who is ranked in the top 10 female boulderers in the world, represents Great Britain in the “International Federation of Sportclimbing” world cup. (Photo by Oli Scarff/Getty Images) 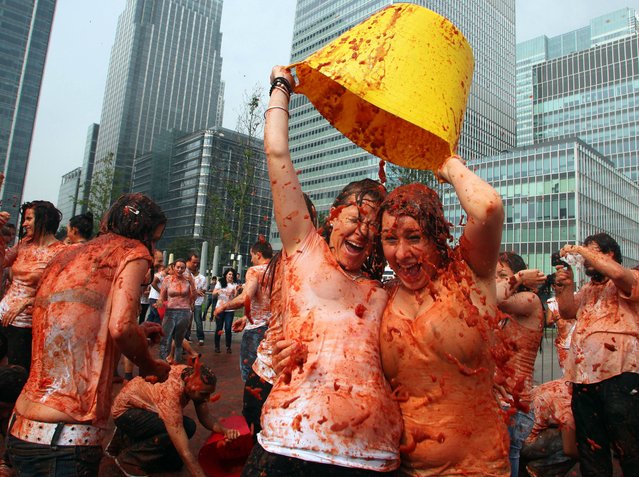 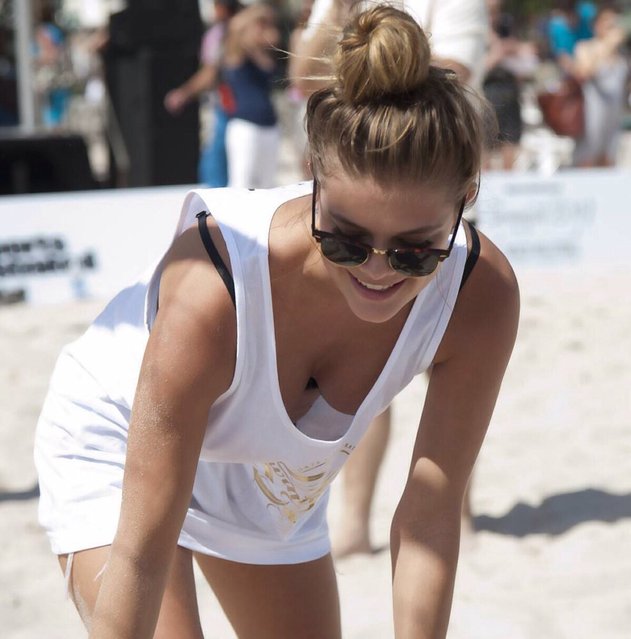 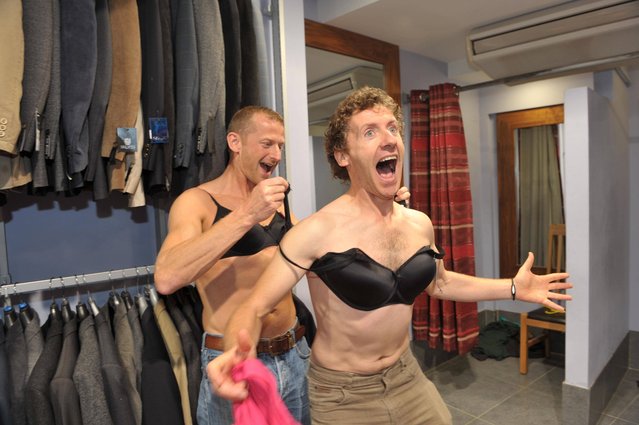 Eoin O'Sullivan and Micheal Hurley Sean's created a new record by opening 91 bra's in one minute in aid of the Irish Cancer Society. (Photo by Dan Linehan) 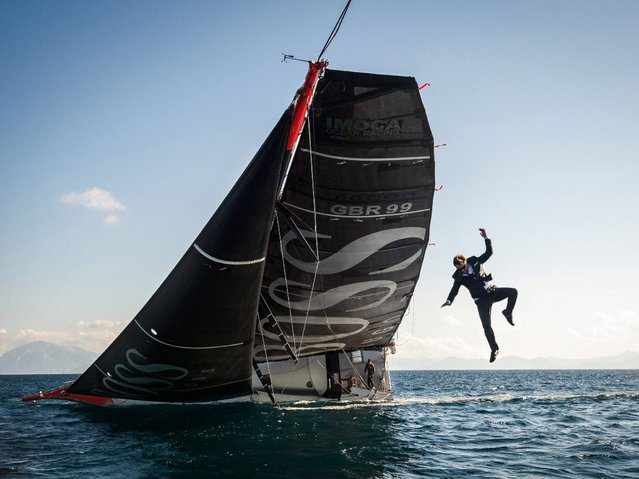 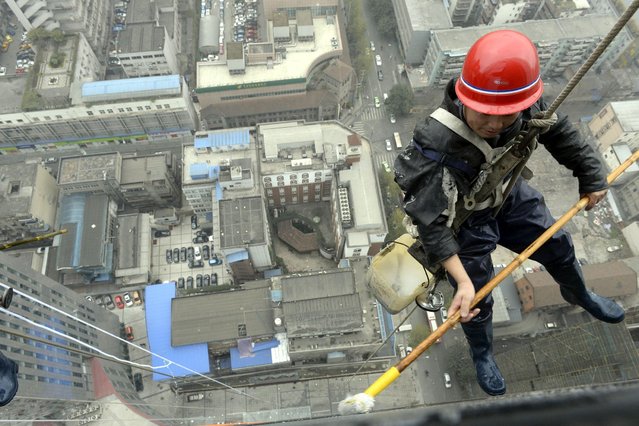 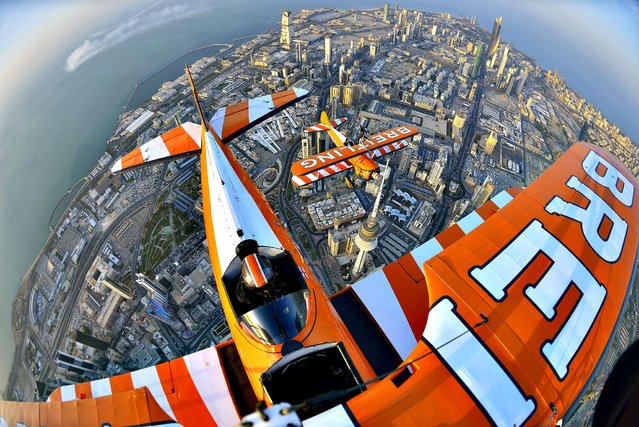 Breitling Wingwalker Freya Paterson, from Liverpool, UK, flies above Kuwait City's iconic Water Towers with pilots David Barrell and Martyn Carrington on Thursday, March 6, 2014. The team loop and roll up to 160 mph enduring G-forces of 4-5g. Crowds are expected to line the Kuwaiti coastline to catch a glimpse of the Wingwalking team on Saturday, March 8, 2014, to mark the opening of the first dedicated boutique in the city for the prestigious watch brand. (Photo by Katsuhiko Tokunaga/Breitling via AP Images) 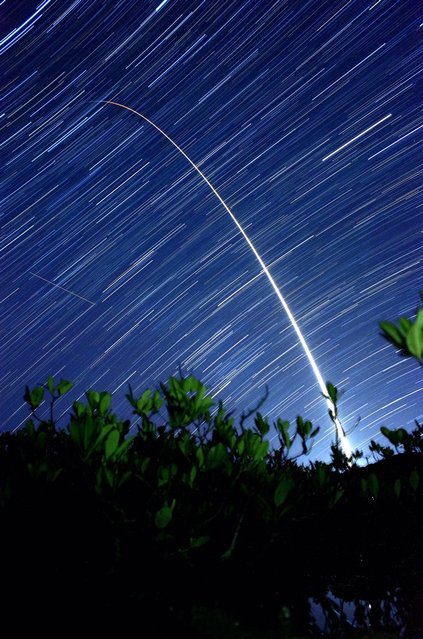 The H-2A Launch Vehicle No. 23 carrying the Global Precipitation Measurement (GPM) core observatory onboard lifts off from the Japan Aerospace Exploration Agency (JAXA) Tanegashima Space Center on February 28, 2014 in Minamitane, Japan. (Photo by 2014 The Asahi Shimbun) 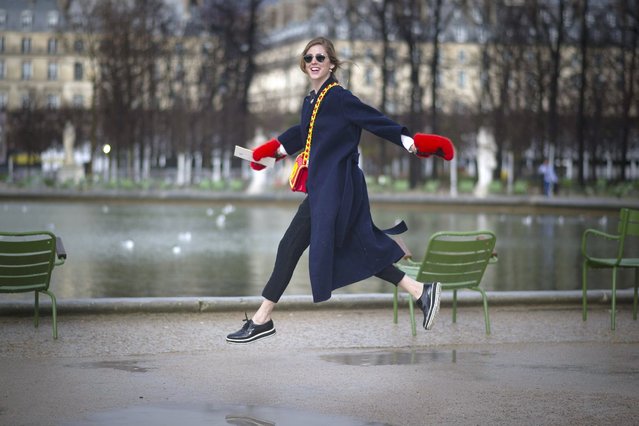 Chiara Ferragni seen wearing Louis Vuitton coat a bag from Moschino by Jeremy Scott and gloves from MSGM outside the Elie Saab show on March 3, 2014 in Paris, France. (Photo by Timur Emek/Getty Images) 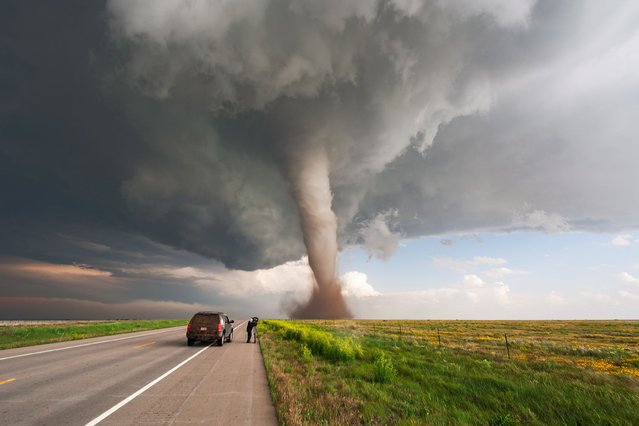 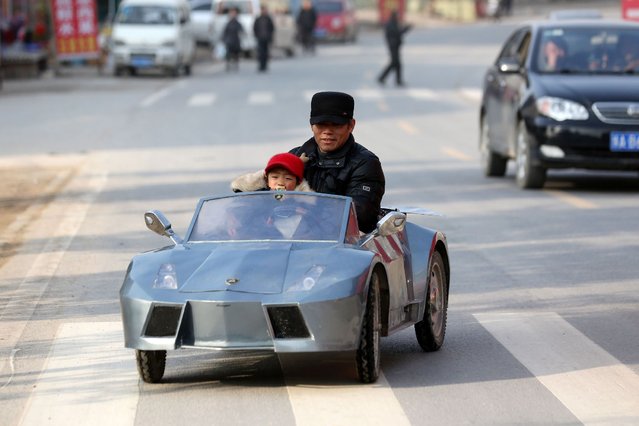 This picture taken on February 19, 2014 shows Guo (R), a farmer in his 50s, sits in his self-made scale replica of a Lamborghini with his grandson in a street in Zhengzhou, central China's Henan province. Guo spent 6 months and about 5,000 yuan ($821) to make the 2-meter-long, 1 meter wide “lamborghini” as a toy for his grandson. The replica, mainly made of scrapped metals and parts from electric bicycles, bears five sets of batteries and can travel as far as 37 miles when fully charged. (Photo by AFP Photo) 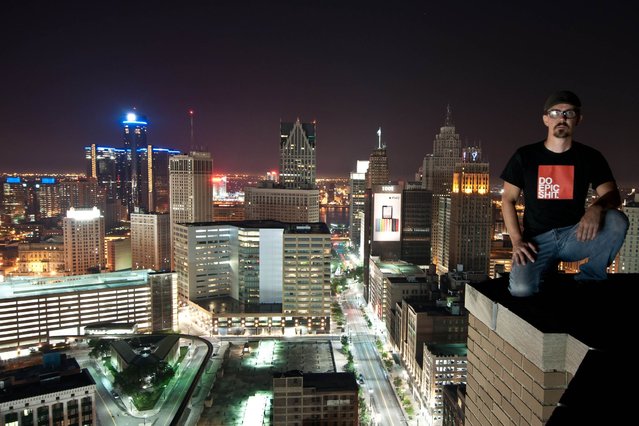 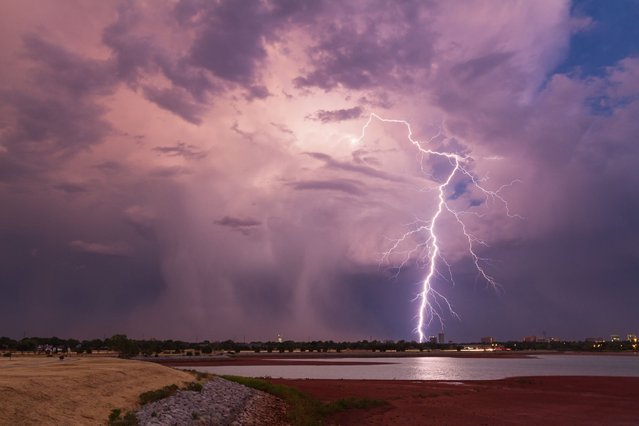 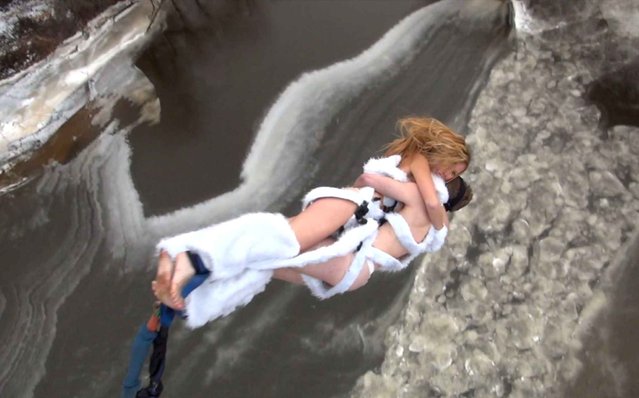 The loved-up young people travelled to Sigulda, Latvia to celebrate Valentine's Day in a memorable way, diving naked from the aerial funicular in a not so warm embrace. Despite being quite literally Baltic weather conditions, couples from around the world stripped down to just a G-string and a safety harness to show their love for each other. (Photo by SIPA Press)