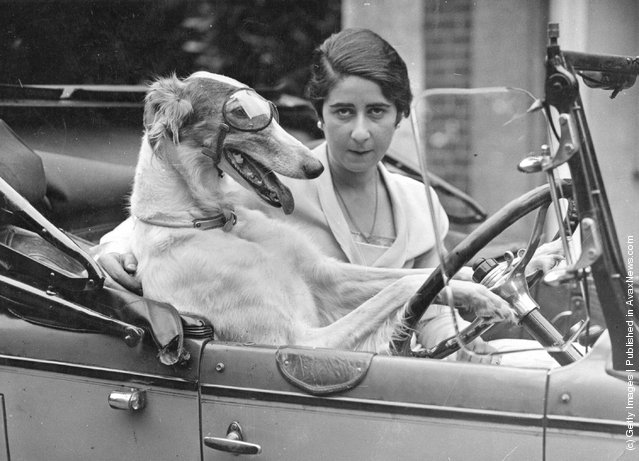 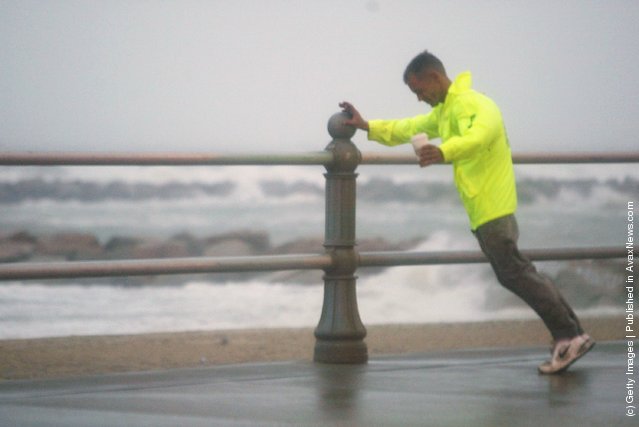 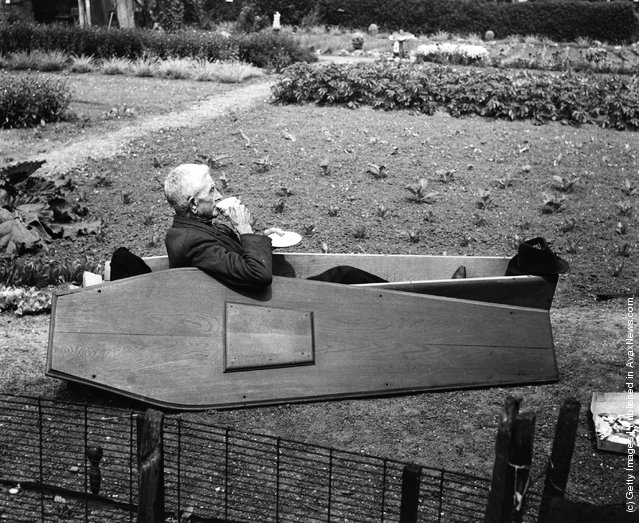 Archie Miller drinking a cup of tea in the solid oak coffin he bought to ensure he would leave this world in real style. (Photo by Chris Ware/Keystone Features/Getty Images). 12th June 1958 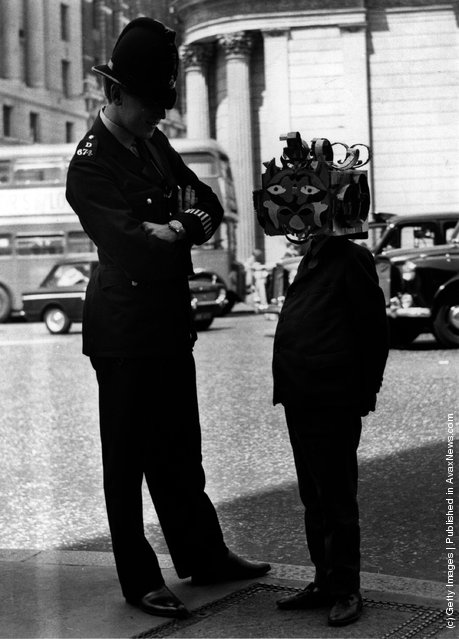 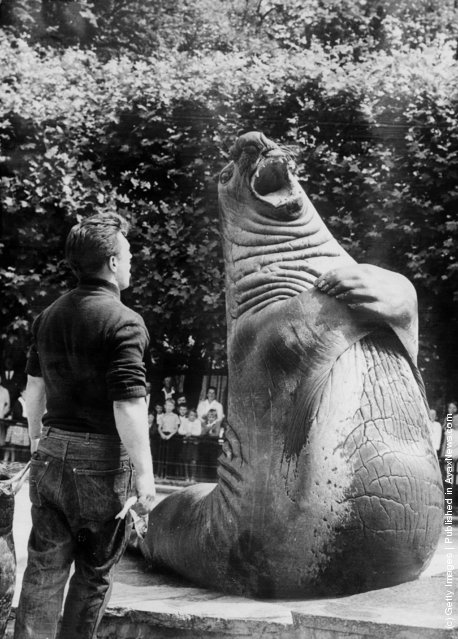 Tristan the sea elephant (elephant seal) being fed in the Wilhelma Zoo in Stuttgart. (Photo by Keystone/Getty Images). 8th July 1964 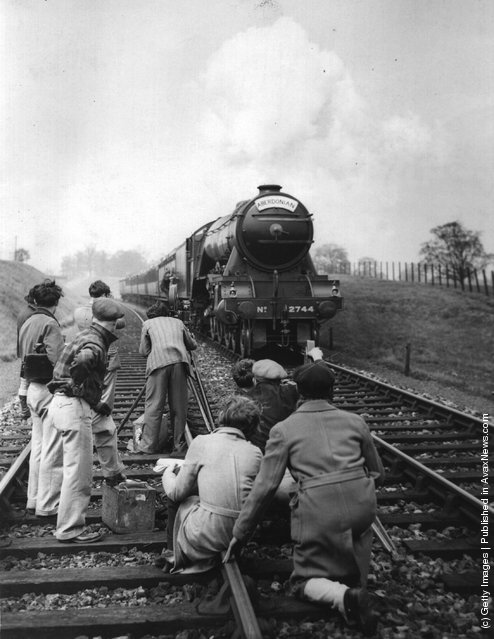 Cameramen on the railway track getting a shot of the “Aberdonian” express train, with an actor disembarking on to a tender, for the film “Night Mail”, directed by Herbert Smith. (Photo by Fred Morley/Fox Photos/Getty Images) 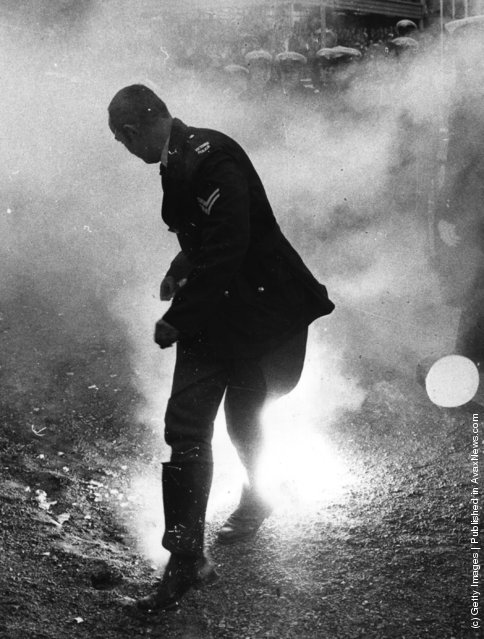 A policeman loses his hat as he runs from a smoke bomb during rioting by anti-apartheid demonstrators at the Melbourne Olympic Park, Australia, during a match between the South African Springboks Rugby team and Victoria. The rioters used marbles, tacks and fireworks to unsettle police horses. (Photo by Central Press/Getty Images). 8th July 1971 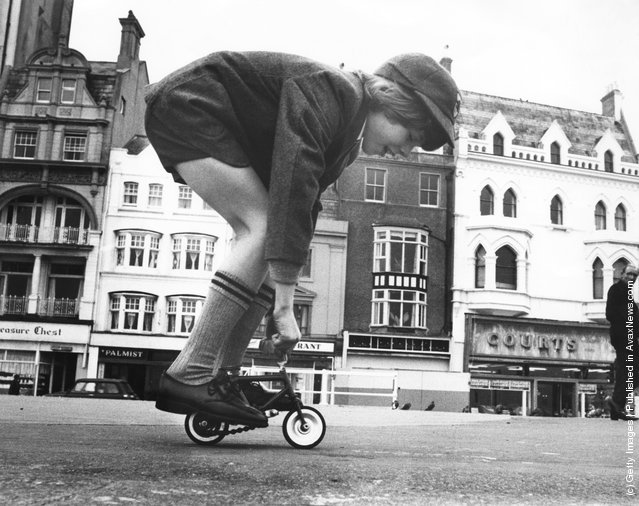 Barry Lapworth of Hastings cycles on a miniature bicycle along the seafront. (Photo by John Pratt/Keystone/Getty Images). Circa 1975 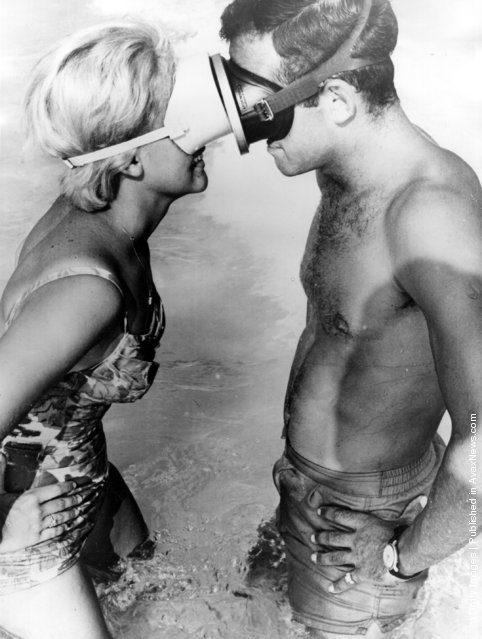 Teenagers at a beach in Florida playing a game of “goggling”, the latest fad. The aim is to out stare your opponent, and the loser gets a ducking. (Photo by Fox Photos/Getty Images). 24th September 1965 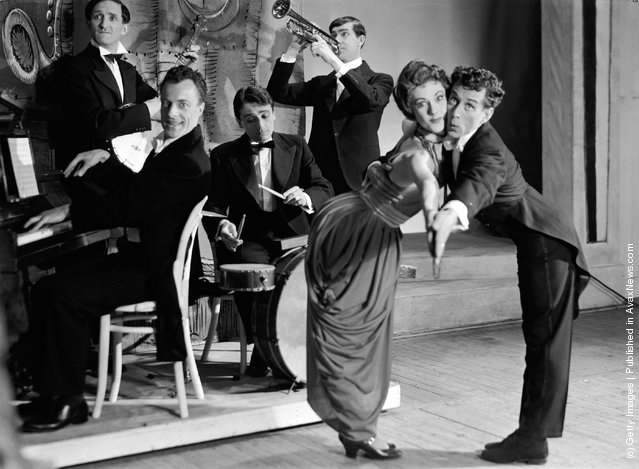 Actors in the drama, “For Amusement Only” during a band and dancing scene at the Apollo Theatre, London. (Photo by Denis De Marney/Getty Images). 6th July 1956 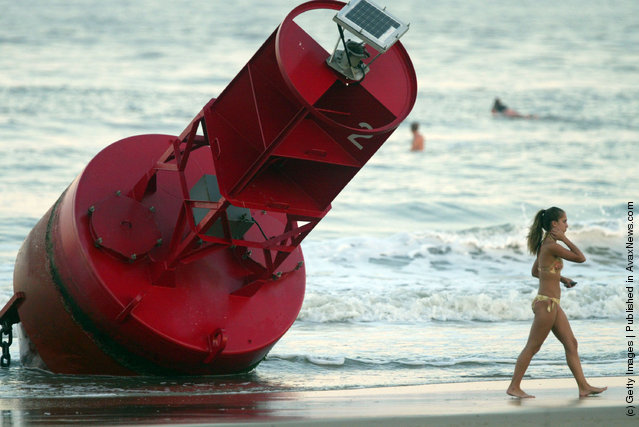 A beachgoer walks past a buoy that washed ashore after Hurricane Isabel made landfall September 19, 2003 in Virginia Beach, Virginia. (Photo by Joe Raedle/Getty Images) 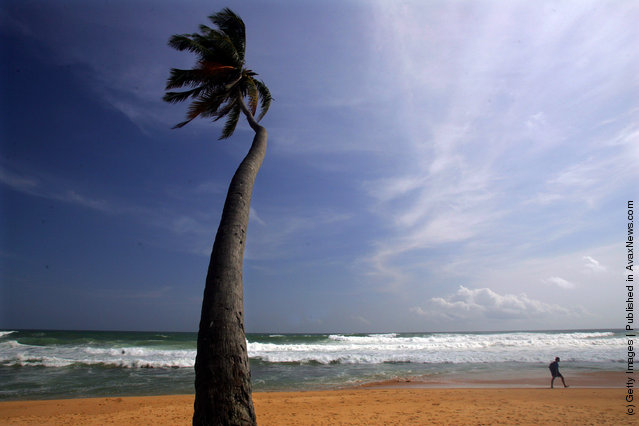 A tourist walks along the empty Hikkaduwa beach, past a palm tree bent over from the tsunami June 26, 2005 in Hikkaduwa, Sri Lanka. (Photo by Paula Bronstein/Getty Images) 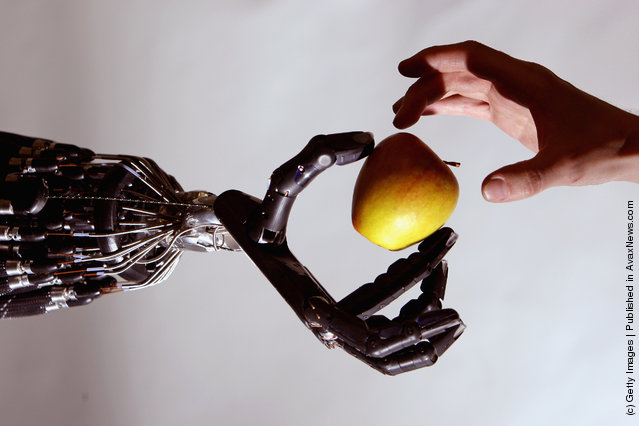 The Shadow Robot company's dextrous hand robot holds an Apple at the Streetwise Robots event held at the Science Museum's Dana Centre on May 6, 2008 in London, England. The Dextrous Robotic Hand has a bank of 40 Air Muscles which make it capable of 24 movements and the most advanced robot hand in the World. (Photo by Jeff J Mitchell/Getty Images) 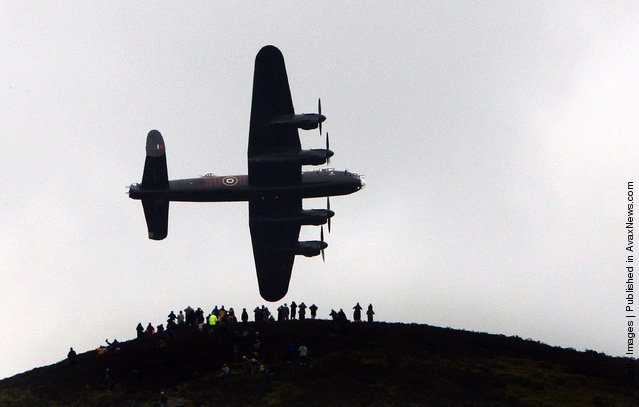 Spectators on a hill look on as a Lancaster bomber flies over Ladybower reservoir in the Derbyshire Peak District to mark the 65th anniversary of the World War II Dambusters mission on May 16, 2007 in Derwent, England. Ladybower and Derwent reservoirs were used by the RAF's 617 Squadron in 1943 to test Sir Barnes Wallis' bouncing bomb before their mission to destroy dams in Germany's Ruhr Valley. (Photo by Christopher Furlong/Getty Images) 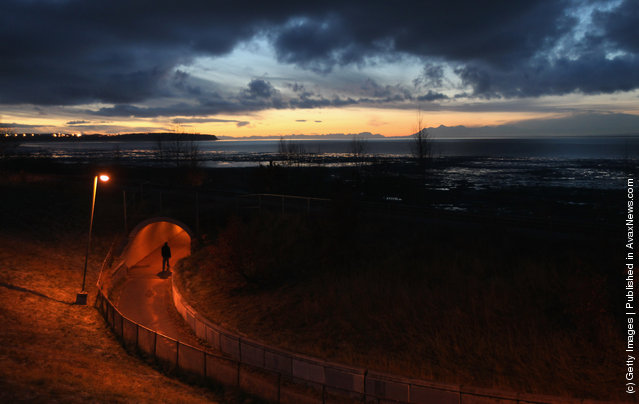