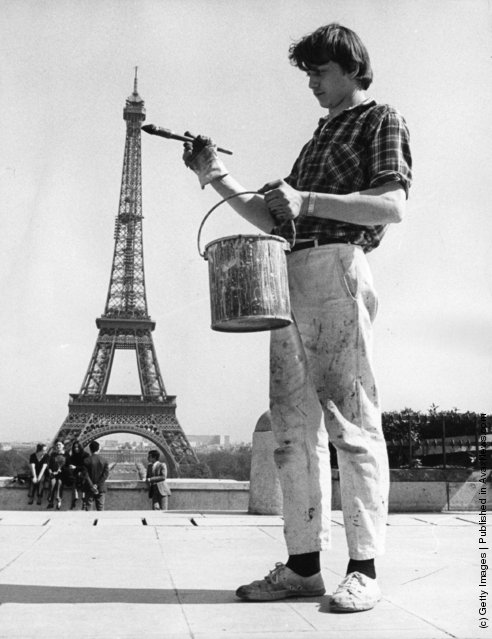 A young man “painting” the Eiffel Tower. (Photo by Keystone/Getty Images). 9th May 1970 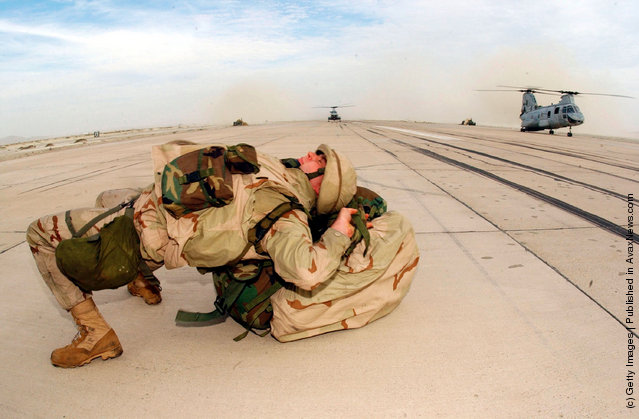 A US Marines with the 26th Marine Expeditionary Unit deployed from the USS Bataan's Amphibious Ready Group struggles to stand up with his heavy pack December 14, 2001 at an undisclosed location in Afghanistan. (Photo by Johnny Bivera/Getty Images) 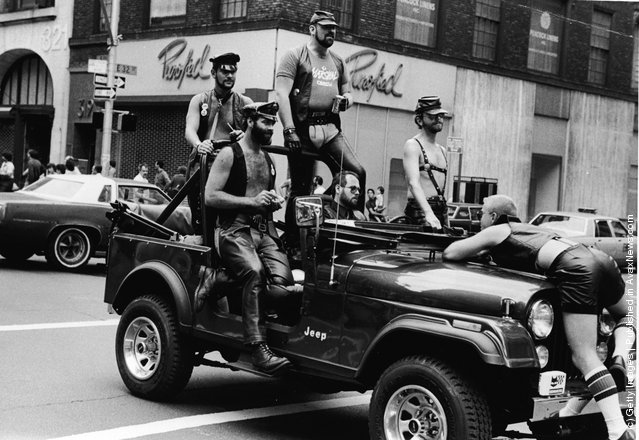 A group of men dressed in leather fetish clothing ride in a truck at the intersection of 32nd Street and Fifth Avenue during the annual Gay Pride parade in New York City, c. 1980. (Photo by Leo Vals/Getty Images) 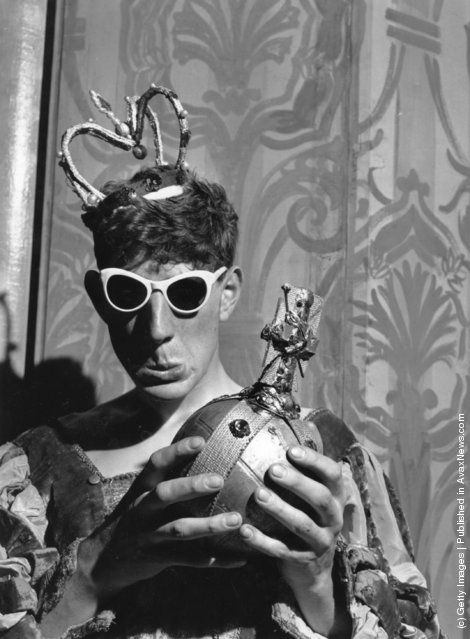 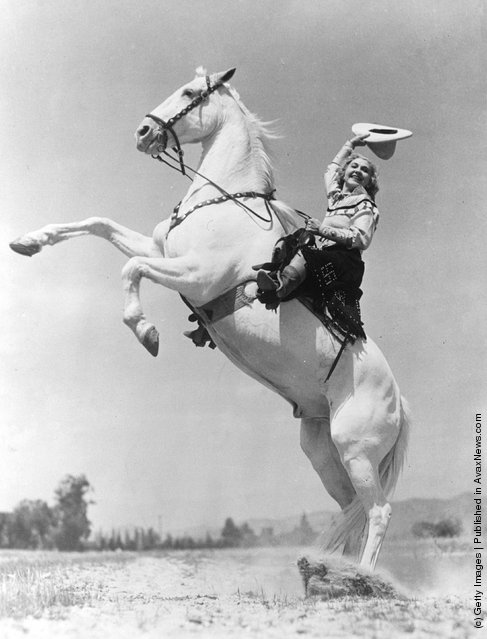 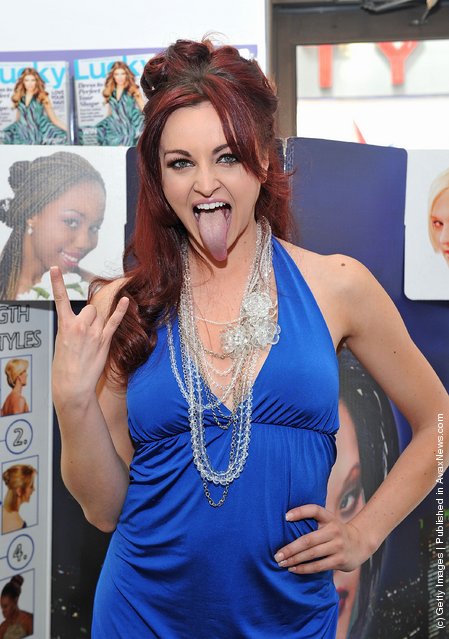 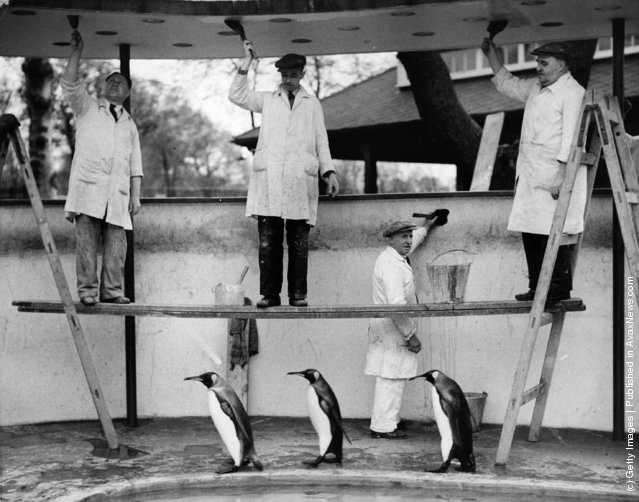 Three king penguins march past workmen painting their area at London Zoo and take no notice of them. (Photo by Fox Photos/Getty Images). 4th May 1936 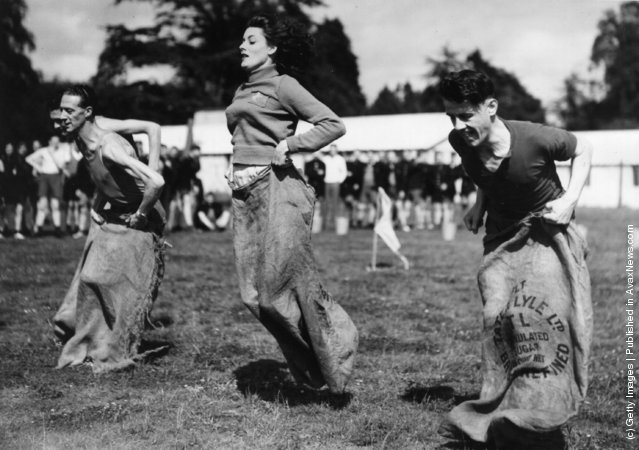 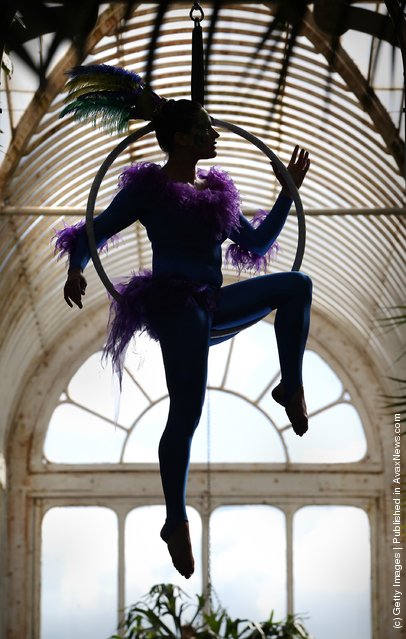 Aerialist Zahara O'Brien performs in the Palm House at the Royal Botanical Gardens on May 10, 2011 in Kew, England. As part of the “Summer 2011 Festival” at Kew Gardens aerialists Zahara O'Brien and Sophie Page-Hall will perform their high-wire routine in the Palm House during the Global Celebration Weekend on Saturday May 14th and 15th 2011. (Photo by Peter Macdiarmid/Getty Images) 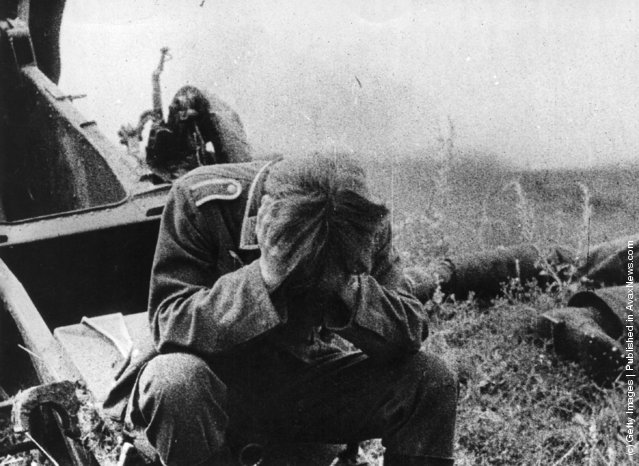 A German soldier buries his head in his hands after a rocket attack on the Moscow front. Beside him lies a comrade's corpse. (Photo by Hulton Archive/Getty Images). Circa 1941 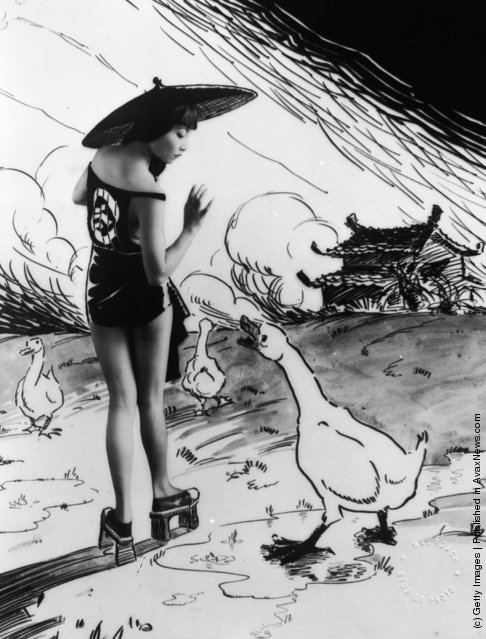 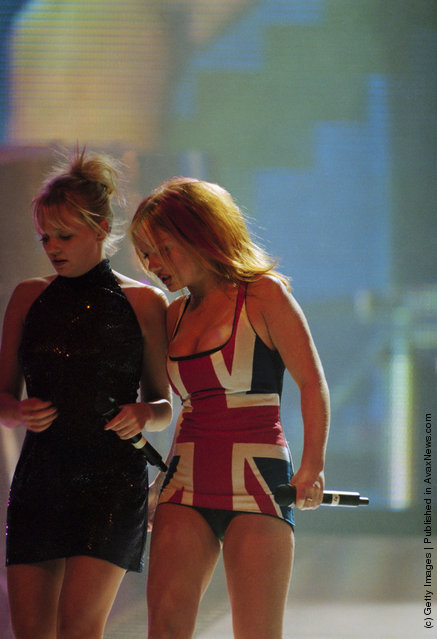 Emma Bunton (left) and Geri Halliwell (aka Baby and Ginger Spice) of the Spice Girls at the 1997 Brit Awards. Geri is wearing a Union Jack minidress. (Photo by Dave Hogan/Hulton Archive/Getty Images) 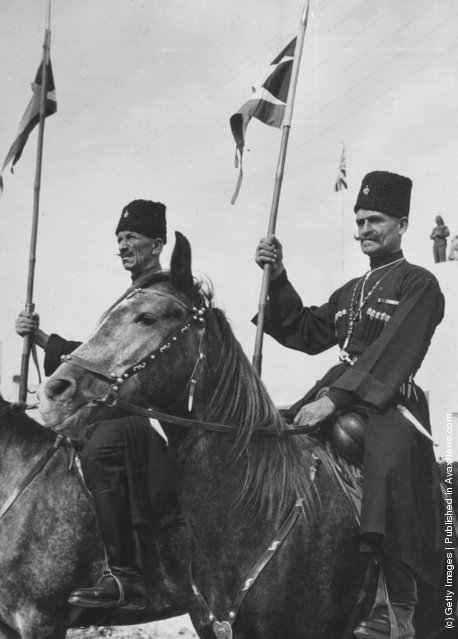 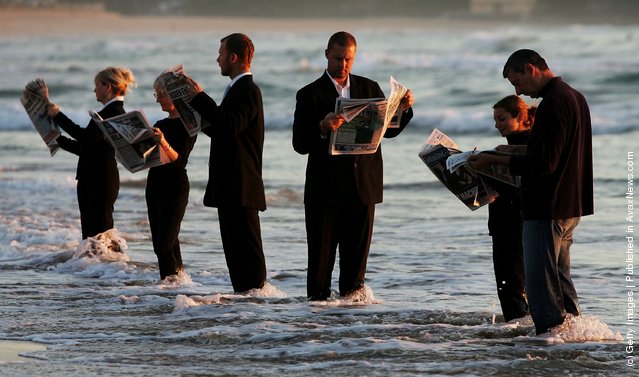 Volunteers stand at the waters edge and read newspapers to form a “human sculpture” on Manly Beach September 2, 2006 in Sydney, Australia. Artist Andrew Baines called for men, women and children to meet him at the beach at daybreak to form the piece sculpture. Baines said his live work has been inspired by a revelation as a child on the London Underground at peak hour, where he faced a sea of “corporate battery hens”. (Photo by Ian Waldie/Getty Images) 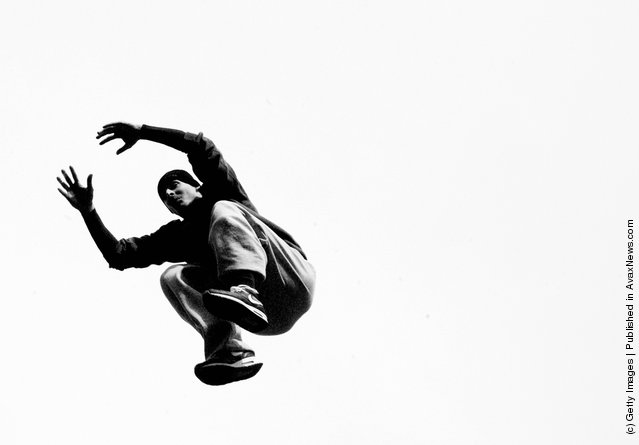 Mikkel Rugaard launches over a gap November 17, 2007 in Central Park, New York City. Parkour is the art of fluid and efficient movement over obstacles or objects within your path, using only the capabilities of the human body. The art was developed with French soldiers during Vietnam and was later refined in the town of Lisse, France. Parkour has seen a large increase in particapants looking for a new fun form of fitness and wellbeing and has enjoyed recent popularity through movies such as District B13 and Casino Royale which all used Parkour in major action scenes. (Photo by Chris McGrath/Getty Images) 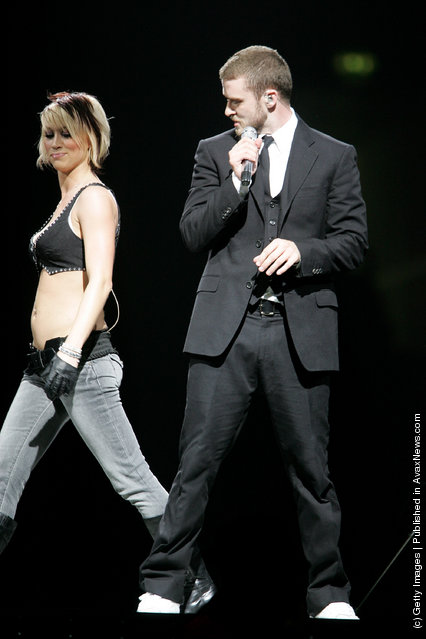 Justin Timberlake performs on stage at the Odyssey Arena on the first date of the UK leg of his “FutureSex/LoveShow” World Tour on April 24, 2007 in Belfast, Northern Ireland. (Photo by Getty Images) 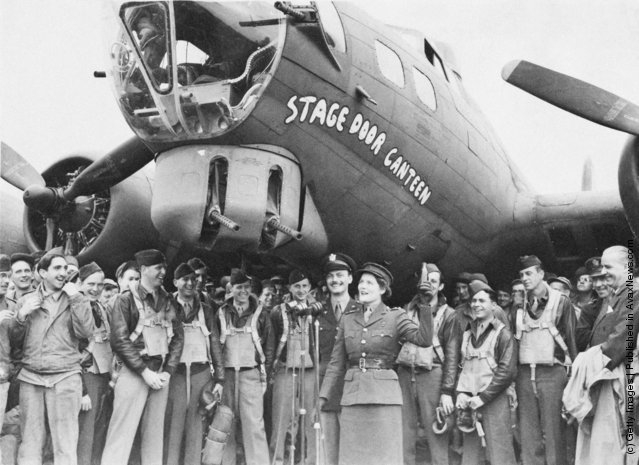 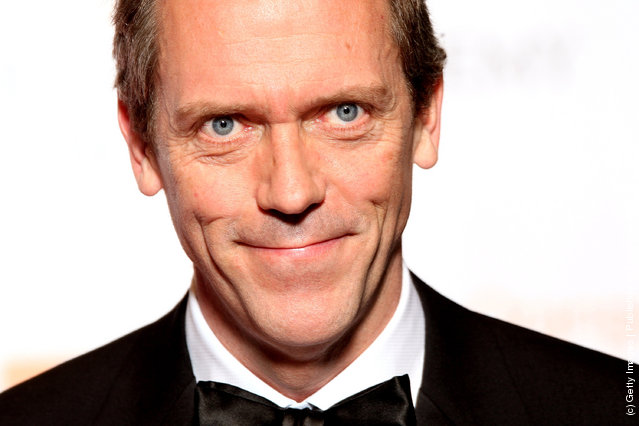 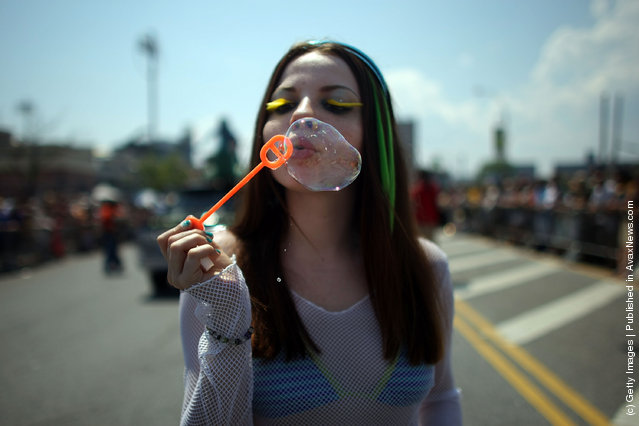 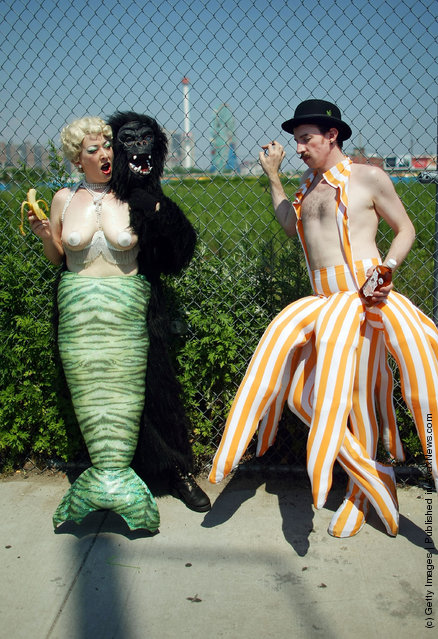 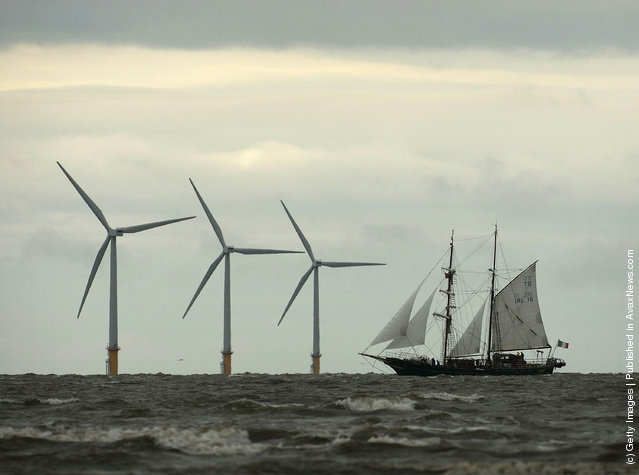 Tall Ships to Merseyside as it sails past the Burbo Bank windfarm on the approach to the Port of Liverpool on July 18, 2008, Liverpool, England. (Photo by Christopher Furlong/Getty Images) 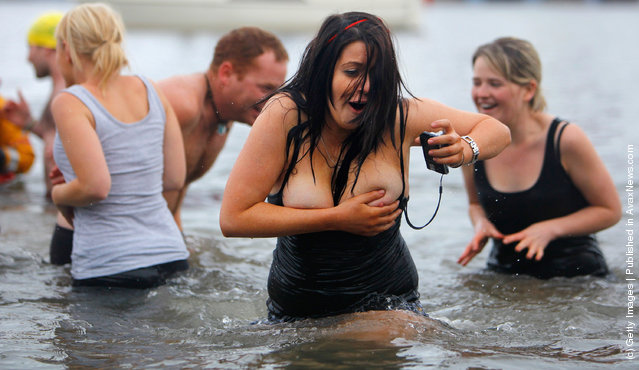 New Year revellers, many in fancy dress, braved freezing conditions at the River Forth in front of the Forth Rail Bridge during the Loony Dook Swim on January 1, 2010 in South Queensferry, Scotland. (Photo by Jeff J Mitchell/Getty Images)
Edit Del
12 May 2011 09:05:00, post received 0 comments
Publication archive:
←   →
Popular tags:
All tags
Last searches: