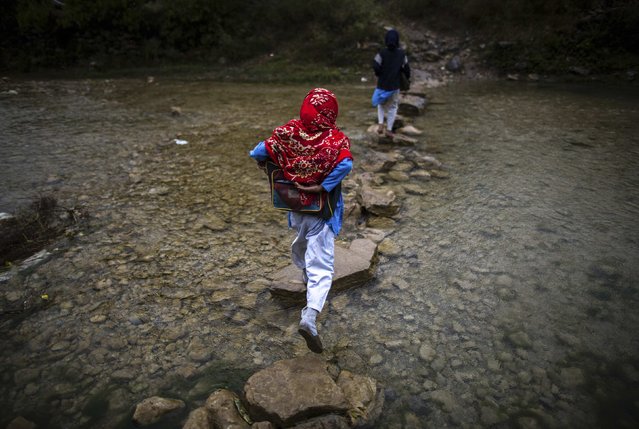 A girl crosses a stream as she walks to school in Margalla Hills, Islamabad, October 24, 2014. (Photo by Zohra Bensemra/Reuters) 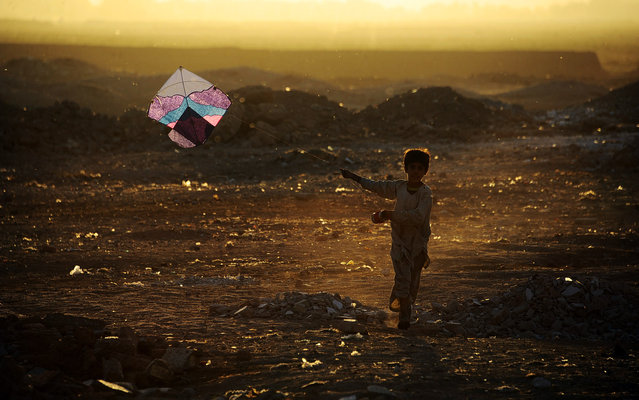 In this photograph taken on October 20, 2014, an Afghan child plays with a kite on the outskirts of Herat. Afghanistan's economy has improved significantly since the fall of the Taliban regime in 2001 largely because of the infusion of international assistance. Despite significant improvement in the last decade the country is still extremely poor and remains highly dependent on foreign aid. (Photo by Aref Karimi/AFP Photo) 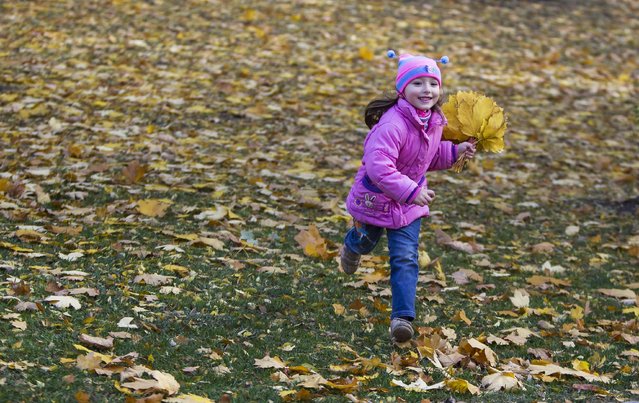 A girl runs with collected autumn leaves at a park in Donetsk, eastern Ukraine, October 17, 2014. (Photo by Shamil Zhumatov/Reuters) 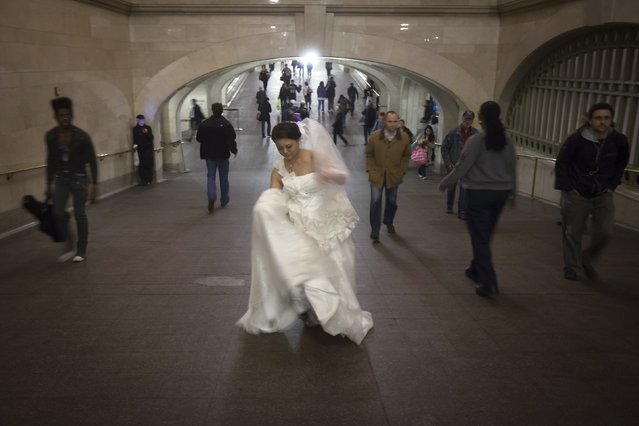 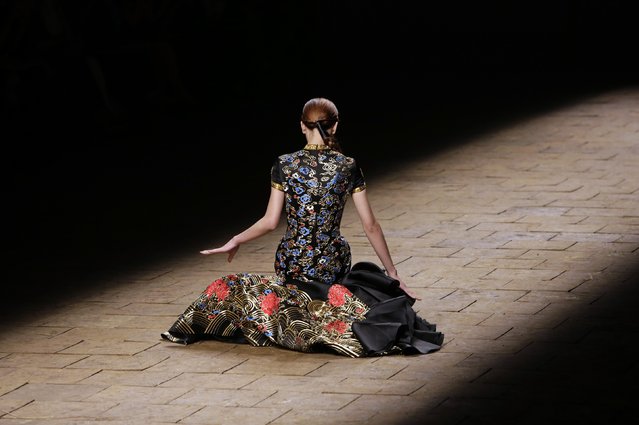 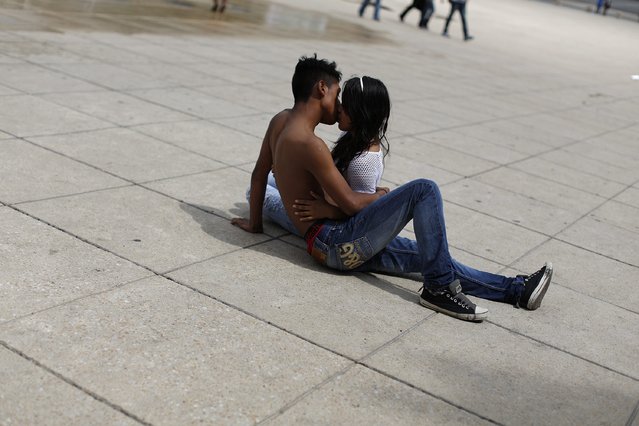 A young couple kiss at a park in Mexico City October 24, 2014. (Photo by Tomas Bravo/Reuters) 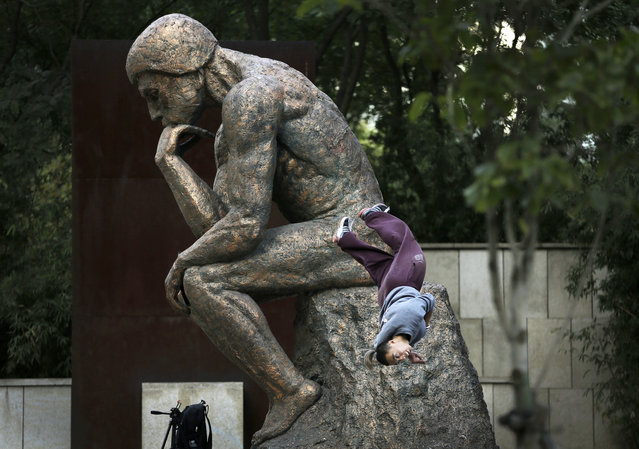 A Chinese man jumps and flips in front of a statue on a compound of a commercial building in Beijing, China Tuesday, October 21, 2014. (Photo by Andy Wong/AP Photo) 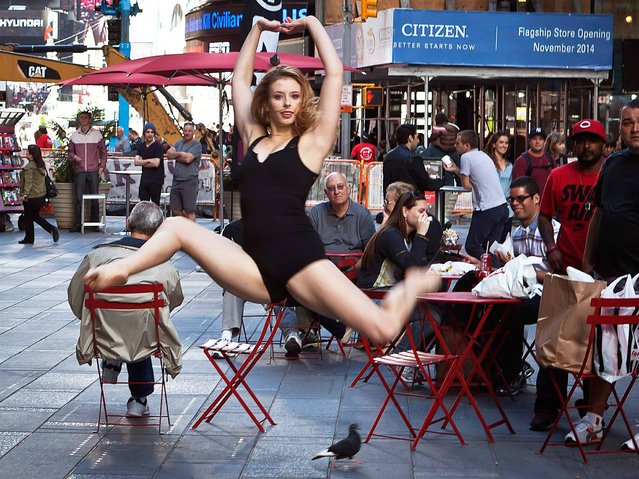 A dancer poses for a photograph as part of the “Dance as Art” photo project in Times Square in New York, on September 22, 2014. (Photo by Carlo Allegri/Reuters) 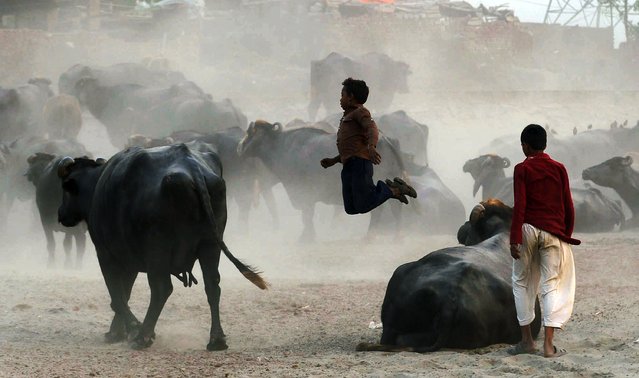 Pakistani residents play among buffalo on the outskirts of Lahore on October 13, 2014. Pakistan has a workforce of around 56 million people among a population of 186 million, according to Pakistan's official figures compiled by the Federal Bureau of Statistics. (Photo by Arif Ali/AFP Photo) 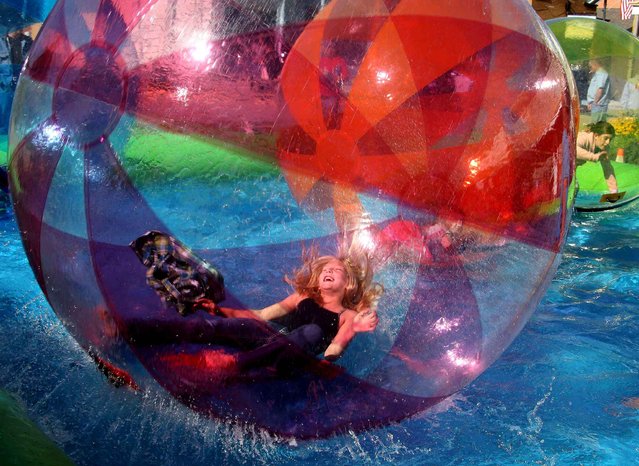 In this October 11, 2014 photo, Caylee jensen, 9, laughs while riding on the Wacky Water Walkerz attraction in Keosauqua, Iowa. The attraction was part of the Villages of Van Buren Scenic Drive Festival which concluded Sunday. (Photo by John Gaines/AP Photo/The Hawk Eye) 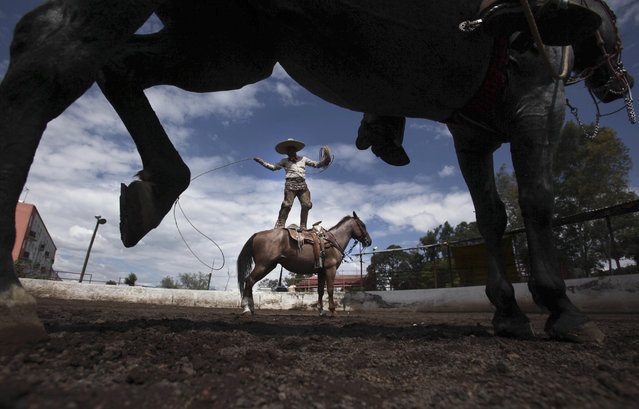 Charro Leonardo Flores, stands on his horse Canelito while showing off his roping skills; a move called, “florear sobre el caballo”, during a practice session at a corral in southern Mexico City, August 31, 2014. (Photo by Marco Ugarte/AP Photo) 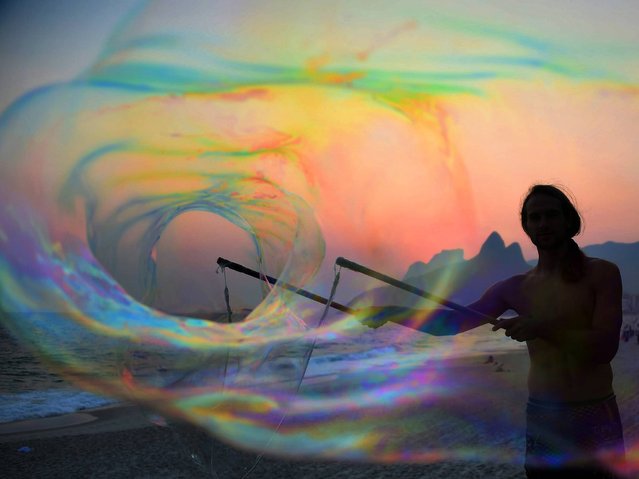 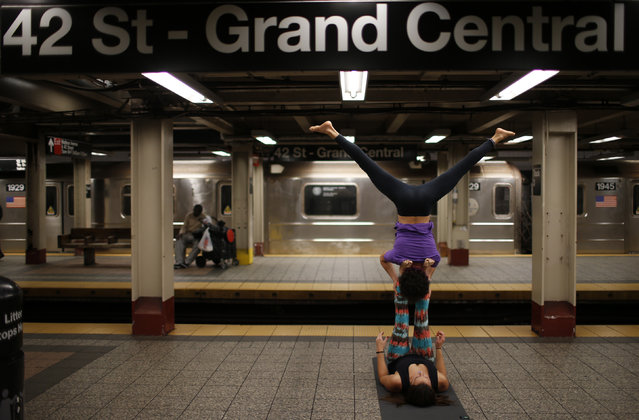