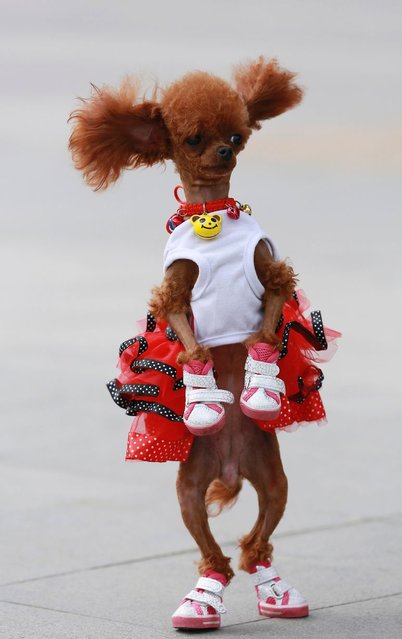 A one-year-old poodle dressed in shoes and a costume stands up as it plays with its owner at a square in Shenyang, Liaoning province. (Photo by Reuters/Stringer) 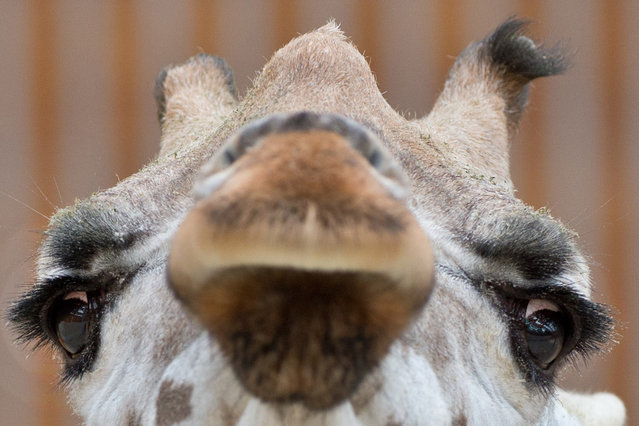 Giraffe “Maud” looks on in the zoo in Kronsberg am Taunus, central Germany, on May 28, 2014. (Photo by Boris Roessler/AFP Photo/DPA) 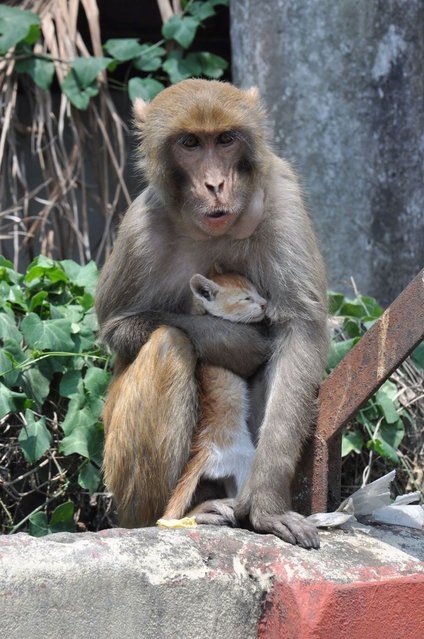 A monkey holds a kitten in Tezpur in Assam, India. (Photo by Barcroft Media) 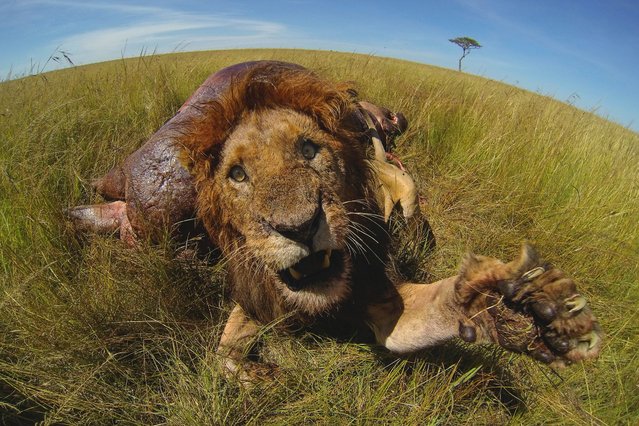 A lion swipes violently at the camera in Maasai Mara, Kenya. (Photo by Robyn Preston/Barcroft Media) 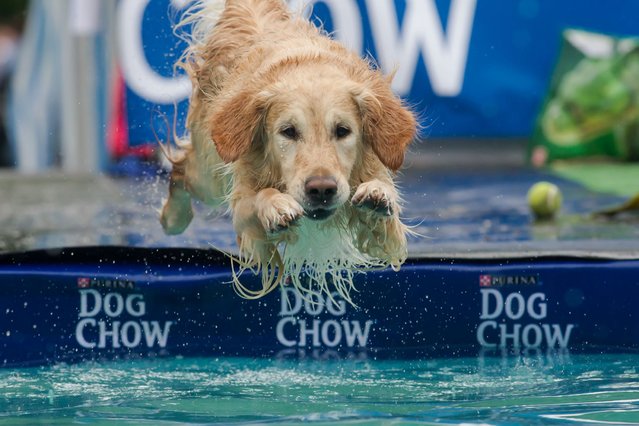 Dog Daley: A dog jumps into the water during a dog diving competition in Budapest, Hungary. (Photo by Xinhua/Landov/Barcroft Media) 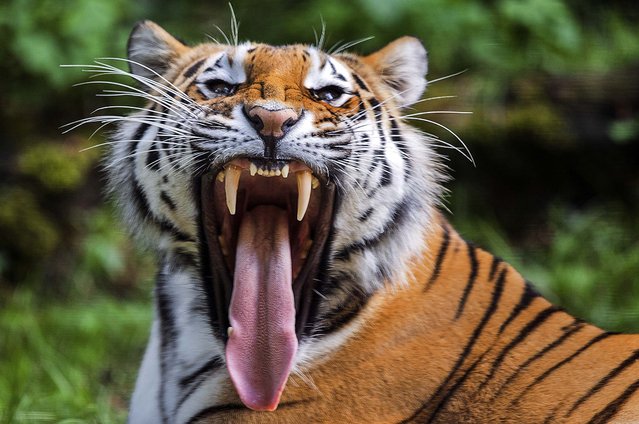 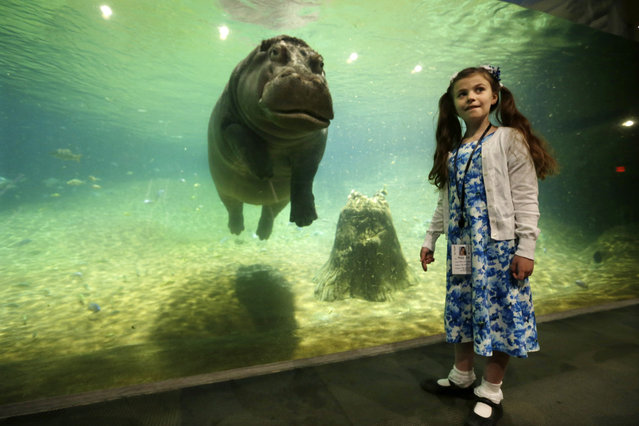 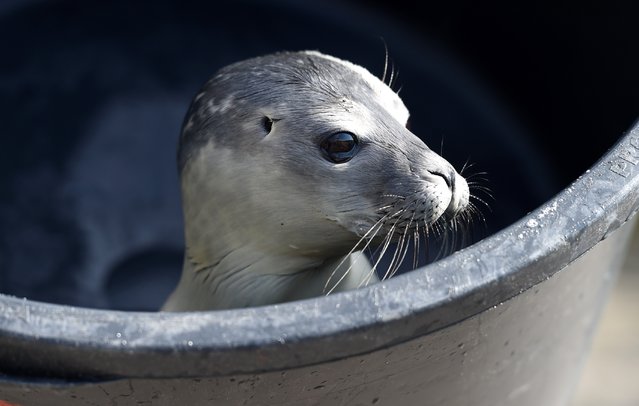 A baby seal found on May 28 on the German North Sea island of Sylt is carried into the quarantine station at the Seal Station in Friedrichskoog, northern Germany, Friday June 6, 2014. The Friedrichskoog Seal Breeding Station is a veterinary station authorized by the Schleswig Holstein state government to treat abandoned or sick seals and seal pups. Bringing up pups who lost their mother is the station's most important job during summer. In late summer, these young seals are returned to the Wadden Sea National Park. (Photo by Carsten Rehder/AP Photo/DPA) 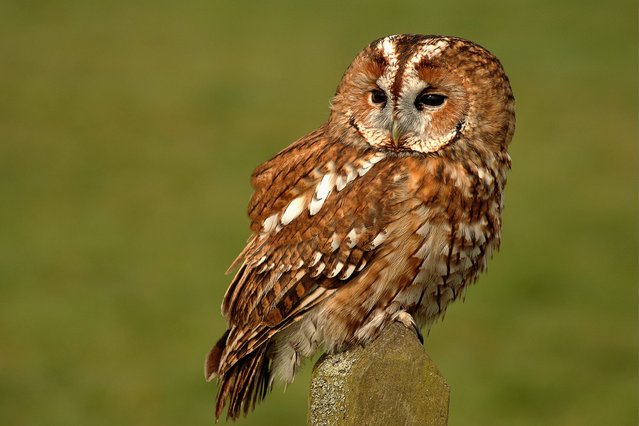 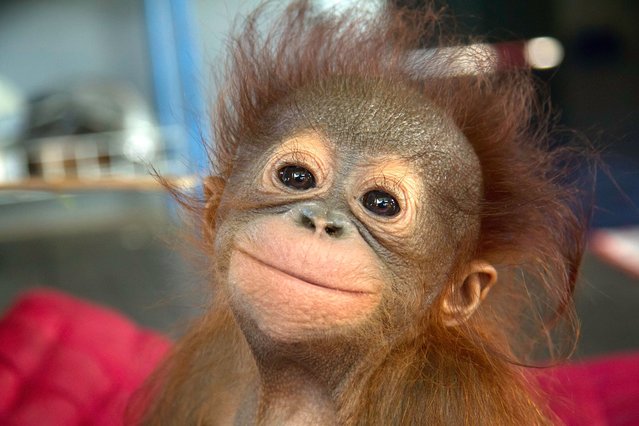 Meet the star students of orangutan school – the unique rehab centre where orphaned apes are taught how to climb trees and survive in the wild without their mum and dad. (Photo by Caters News) 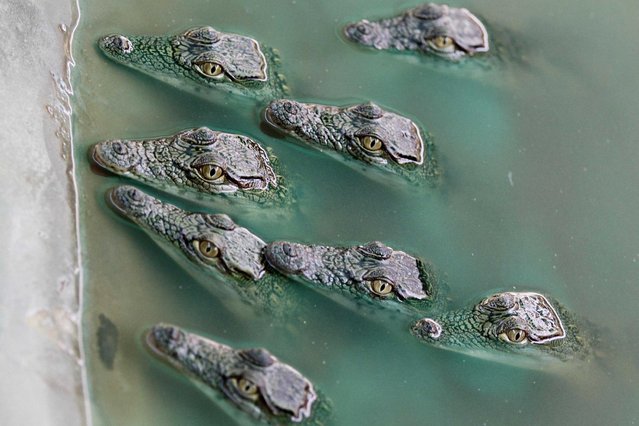 Crocodile hatchling swim inside a pen at Nyanyana Crocodile Farm in Kariba, in this picture takes April 2, 2014. Crocodiles are some of the most feared predators in Africa, ruthless reptiles renowned for tearing their prey to pieces before swallowing hunks of meat raw. (Photo by Philimon Bulawayo/Reuters) 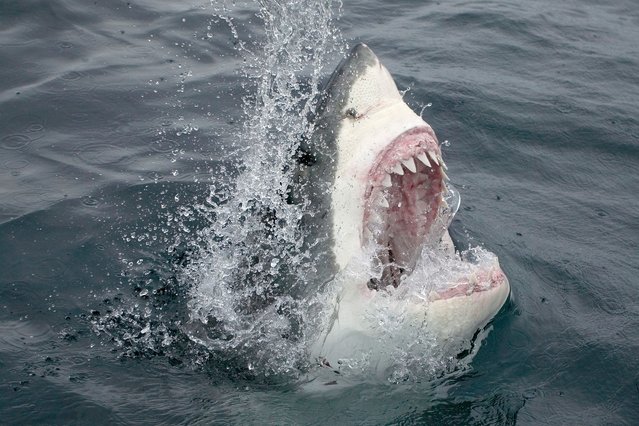 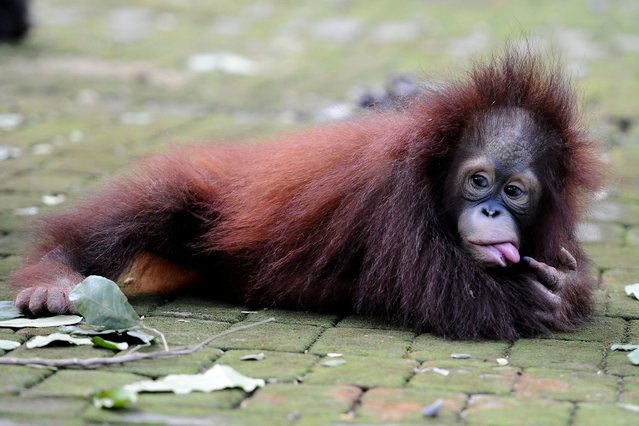 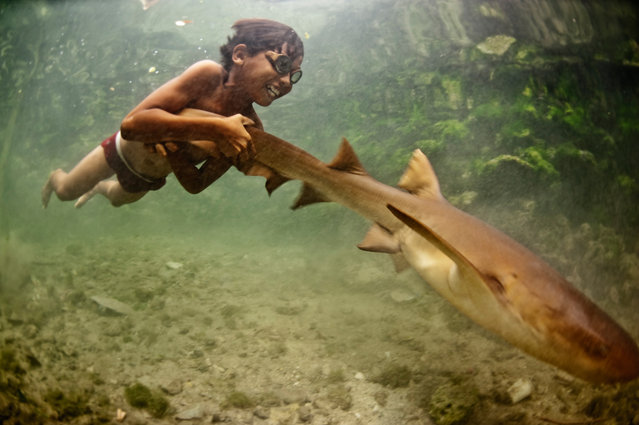 “Enal with Pet Shark”. Whilst many sea nomads have now moved on to land as a result of marine degradation in The Coral Triangle region. Many still retain a magical link with the ocean. Here Enal, a young Bajau boy, rides on the tail of a shark, Wakatobi, Indonesia. July 2010. (Photo by James Morgan) 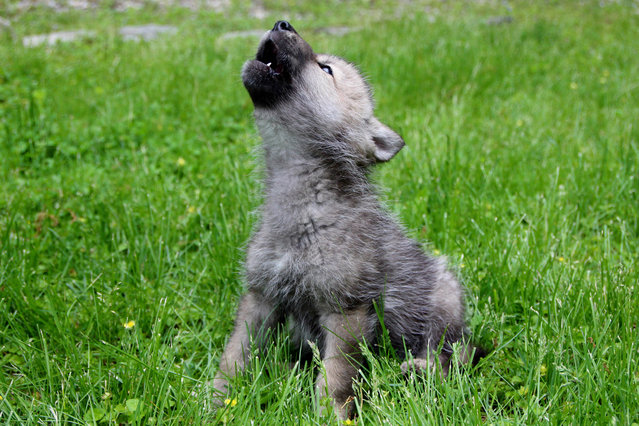