Touching Simply Some Photos: Animals in a Landscape 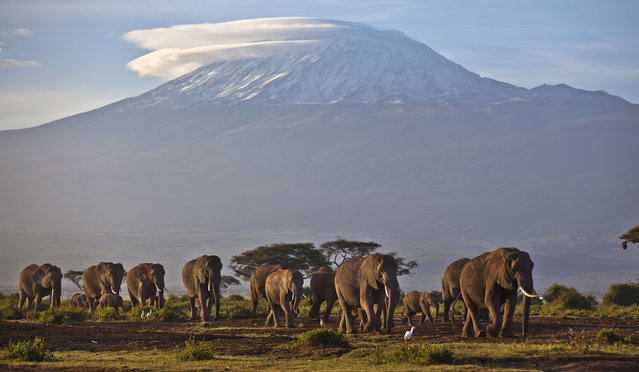 In this Monday, December 17, 2012 file photo, a herd of adult and baby elephants walks in the dawn light as the highest mountain in Africa Mount Kilimanjaro in Tanzania is seen in the background, in Amboseli National Park, southern Kenya. An official with the international police agency Interpol said Tuesday, December 23, 2014 that police arrested alleged ivory trafficker Feisal Ali, who had been on the run for months, at a rental house in Dar es Salaam, Tanzania, on Monday evening. (Photo by Ben Curtis/AP Photo) 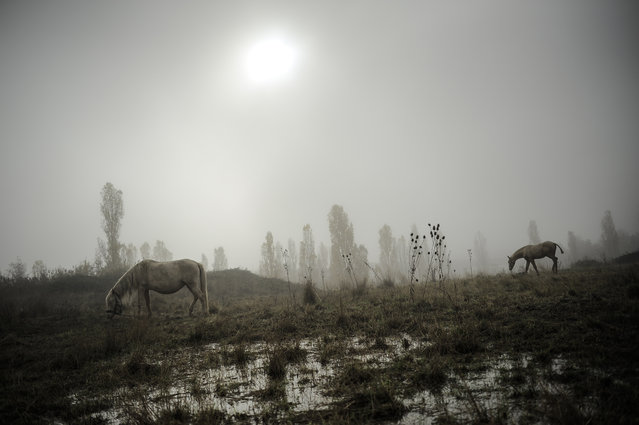 A foal, right, walks on the land next to a mare as fog covers the landscape on an autumn sunrise in Ezquiroz, near to Pamplona northern Spain, Tuesday, November 18, 2014. The autumn season paints the landscape with his brilliant colors and make a special atmosphere with the fog. (Photo by Alvaro Barrientos/AP Photo) 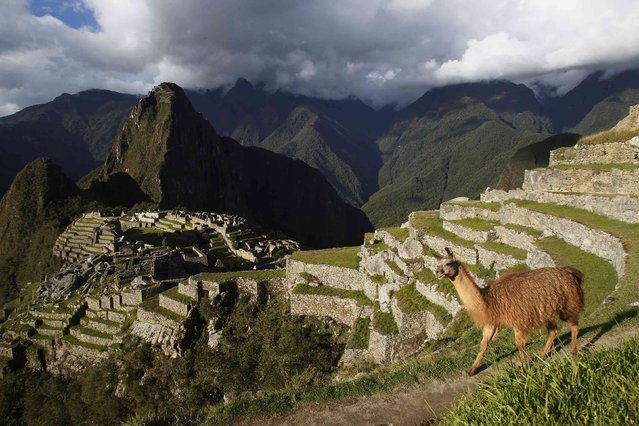 A llama is seen near the Inca citadel of Machu Picchu in Cusco December 2, 2014. Machu Picchu, a UNESCO World Heritage Site, is Peru's top tourist attraction, with the government limiting tourists to 2,500 per day due to safety reasons and concerns over the preservation of the ruins. (Photo by Enrique Castro-Mendivil/Reuters) 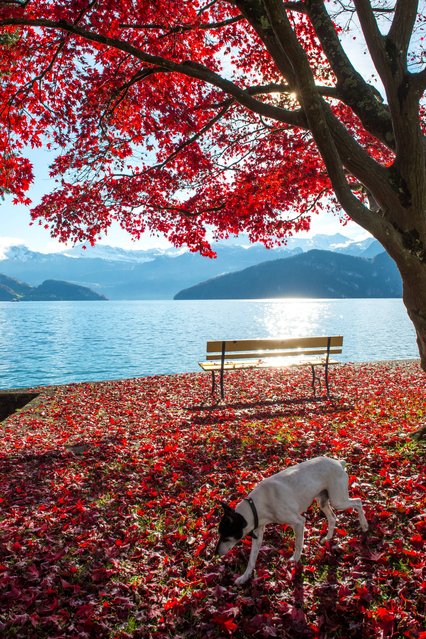 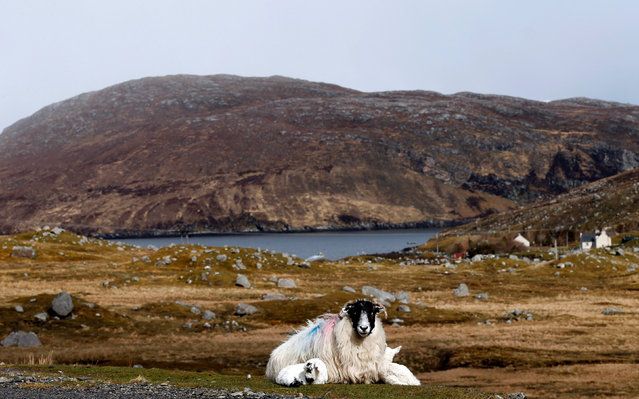 An ewe and its lambs rest on the Isle of Lewis and Harris, an island off the northwestern tip of Scotland in the Outer Hebrides, Britain April 27, 2016. (Photo by Russell Cheyne/Reuters) 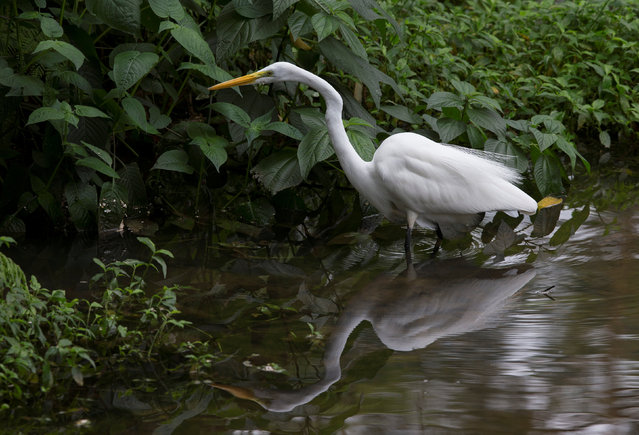 An egret is seen in a channel in Rio de Janeiro, Brazil, August 23, 2016. (Photo by Vasily Fedosenko/Reuters) 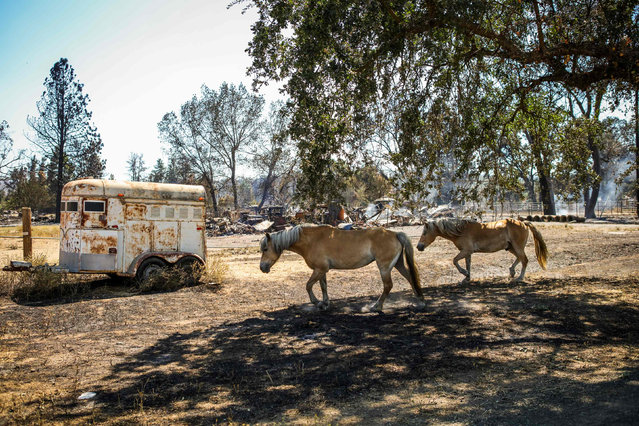 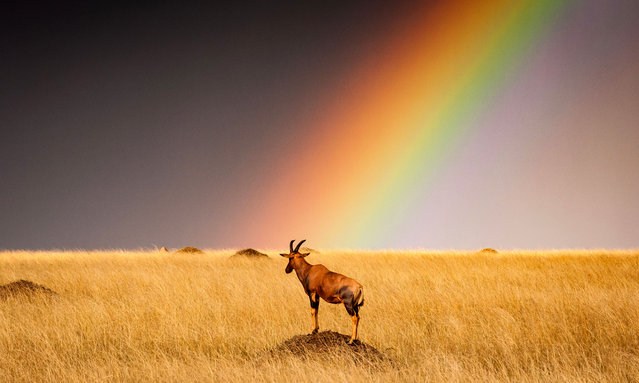 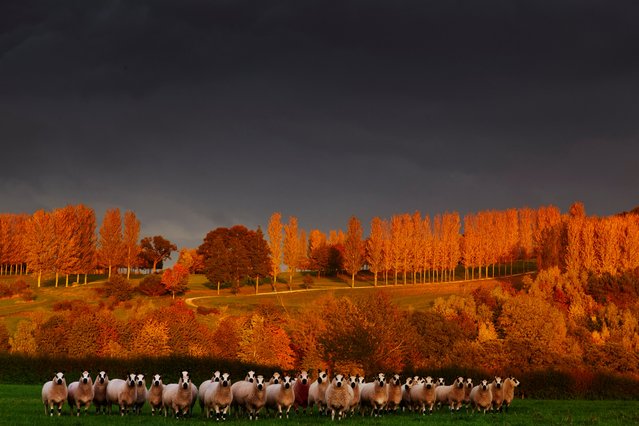 The setting sun and a looming rain shower combine above green pastures to produce dramatic lighting in Stoke Prior, England on October 15, 2015. (Photo by Christopher Thomond for the Guardian) 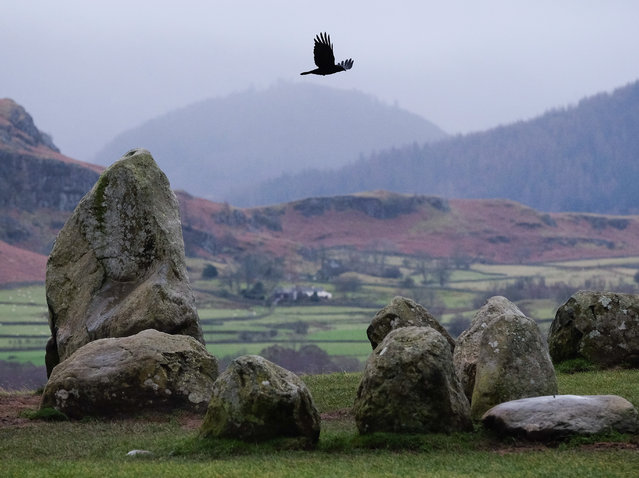 A crow flies over the standing stones during the evening of the Winter Solstice at the Castlerigg Stone circle on December 21, 2014 in Keswick, England. The circle dates back over 4,000 years to neolithic times and is a popular meeting place for people from all over Britain who come to celebrate both the winter and summer solstices with the beautiful Cumbrian fells as a backdrop. (Photo by Ian Forsyth/Getty Images) 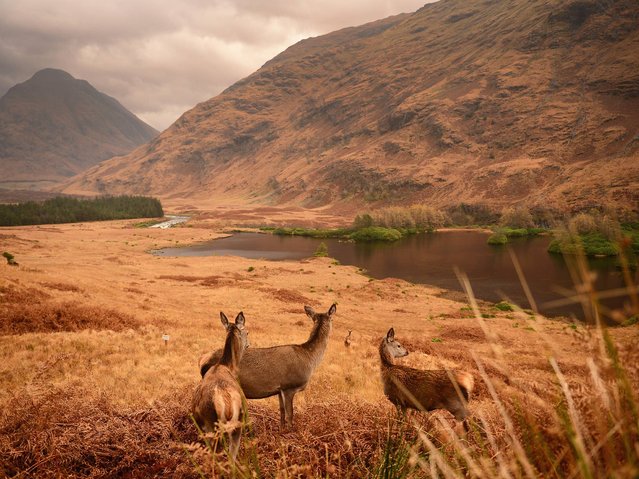 Red deer graze following the end of the rutting season in Glen Etive, Scotland, on November 13, 2014. The rutting season sees the large red deer stags compete against each other for mating rights and can be heard roaring and bellowing in an attempt to attract the hinds. The rut draws to a close in early November when the males will spend the winter feeding to regain strength for the following year's season. (Photo by Jeff J. Mitchell/Getty Images) 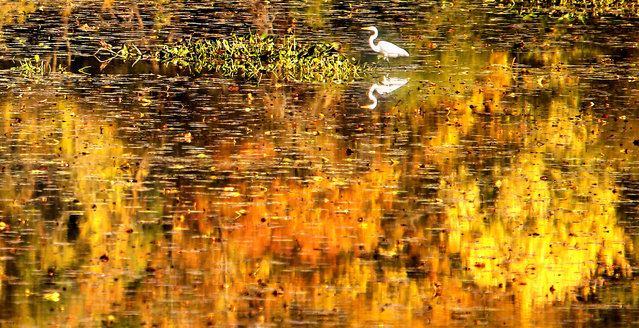 An egret scans the backwaters of the Mississippi River for food near Lock and Dam #11 in Wisconsin, Friday Sept. 26, 2014. (Photo by Dave Kettering/AP Photo/The Telegraph Herald) 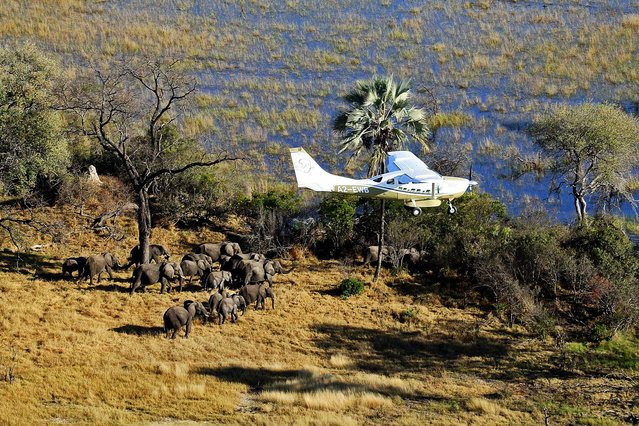 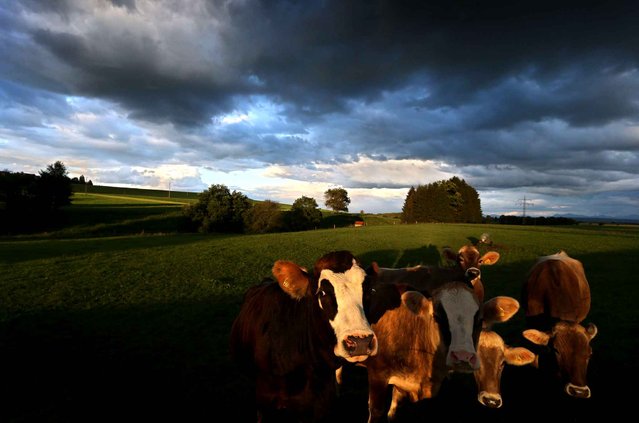 In this photo taken Sunday, August 21, 2016, cows stand on a meadow under dark rain clouds in the light of the setting sun near Sachsenried, southern Germany. (Photo by Karl-Josef Hildenbrand/dpa via AP Photo) 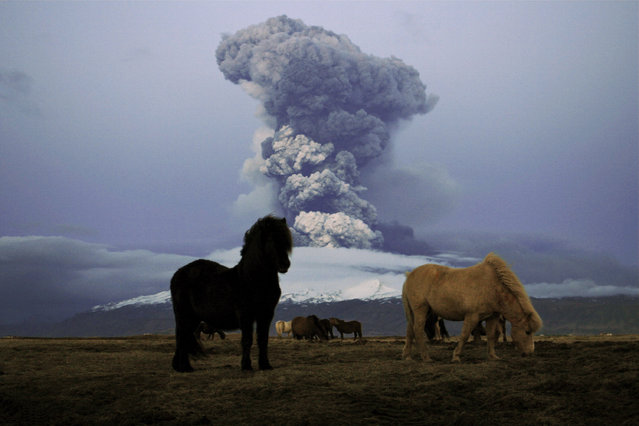 Horse graze as a cloud of volcanic matter rises from the erupting Eyjafjallajokull volcano, April 16, 2010 in Fimmvorduhals, Iceland. A major eruption occured on April 14, 2010 which has resulted in a plume of volcanic ash being thrown into the atmosphere over parts of Northen Europe. Air traffic has been subject to cancellation or delay as airspace across parts of Northern Europe has been closed. (Photo by Signy Asta Gudmundsdottir/NordicPhotos/Getty Images) 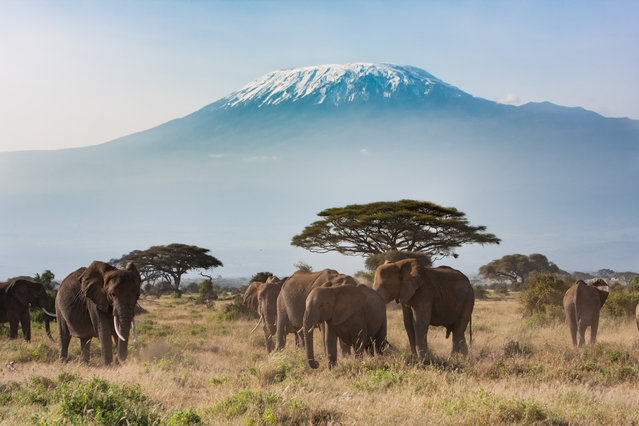