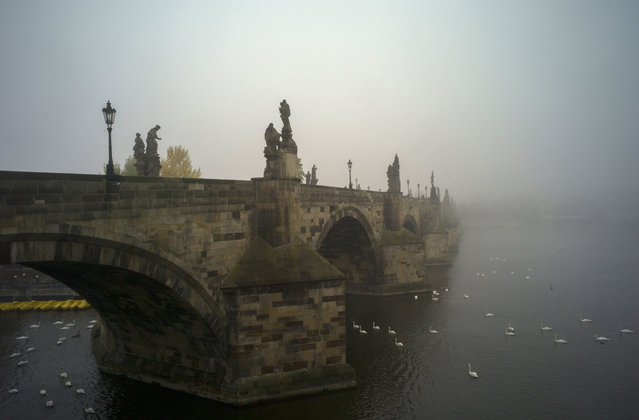 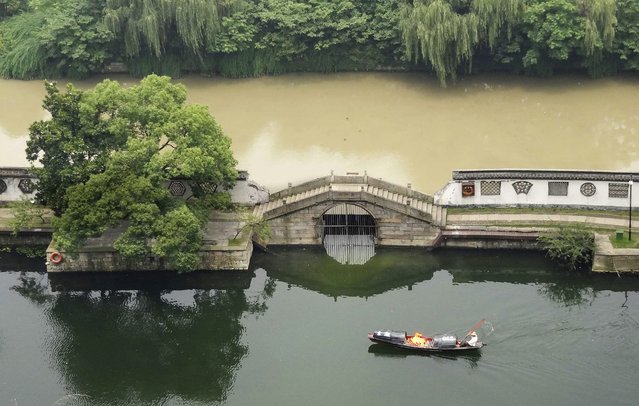 A person rows a boat on a clear river next to a flooded canal at a park in Shaoxing, Zhejiang province, July 7, 2014. (Photo by Reuters/China Daily) 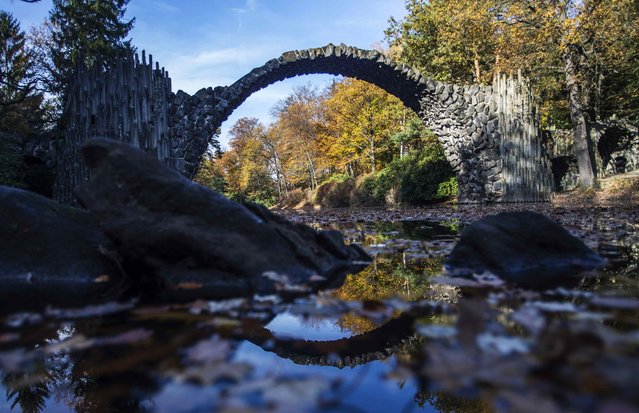 The Bridge “Rakotzbrücke” is pictured against trees in autumn colours in the the eastern German town of Kromlau November 4, 2014. (Photo by Hannibal Hanschke/Reuters) 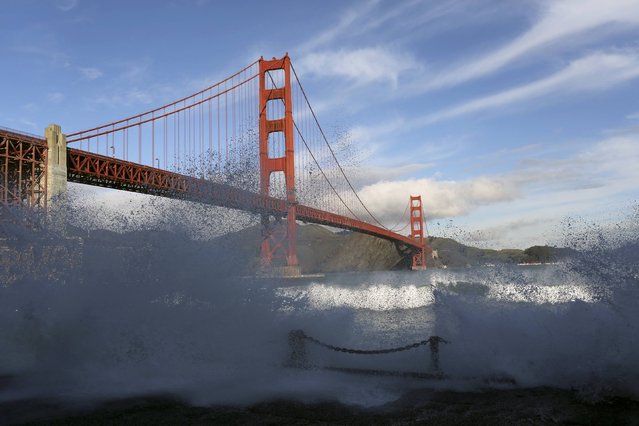 Waves crash against a sea wall in San Francisco Bay beneath the Golden Gate Bridge in San Francisco, California December 16, 2014. A gale warning for offshore winds has been issued through Friday as another round of storms is expected to hit the Bay Area. (Photo by Robert Galbraith/Reuters) 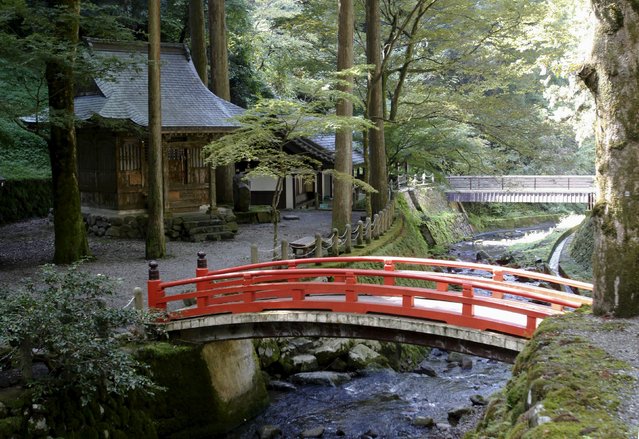 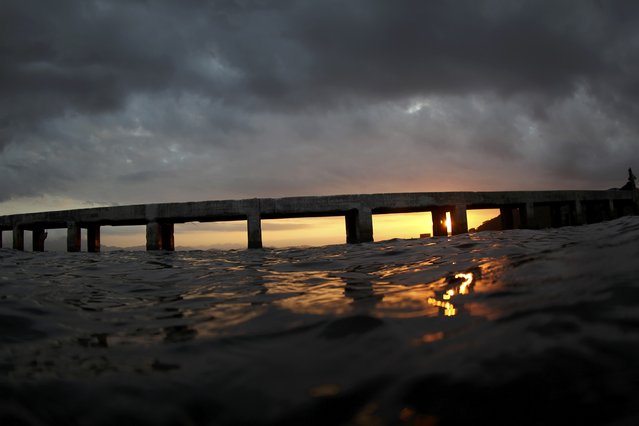 The sun rises behind a pier on the Guanabara Bay in Rio de Janeiro, Brazil, July 31, 2016. Part of the notoriously polluted bay will host the Olympic windsurfing and sailing competitions. (Photo by Ricardo Moraes/Reuters) 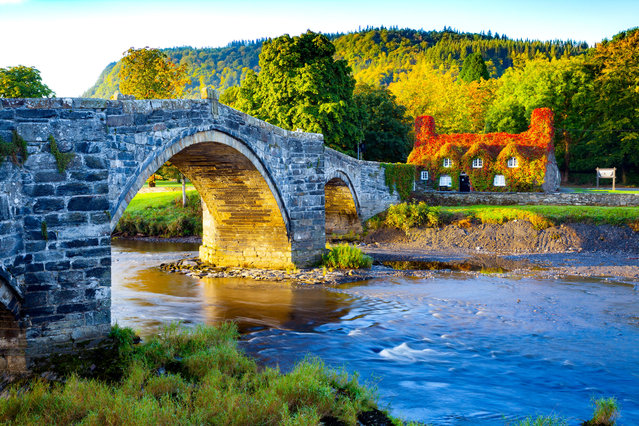 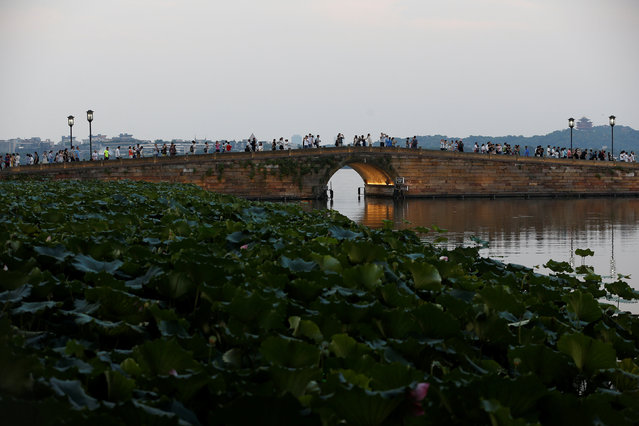 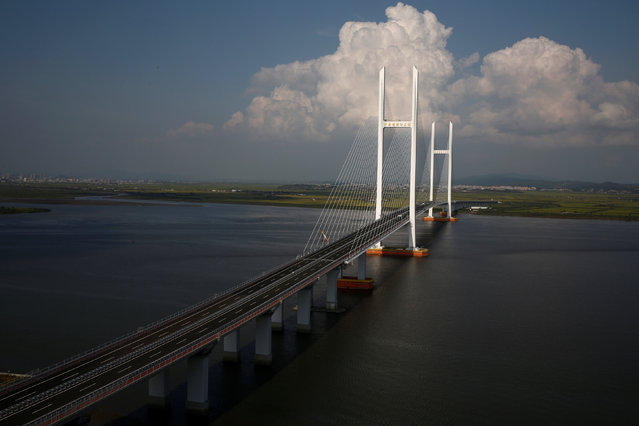 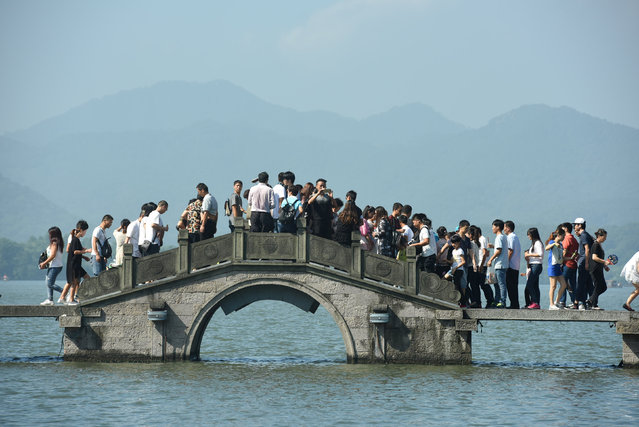 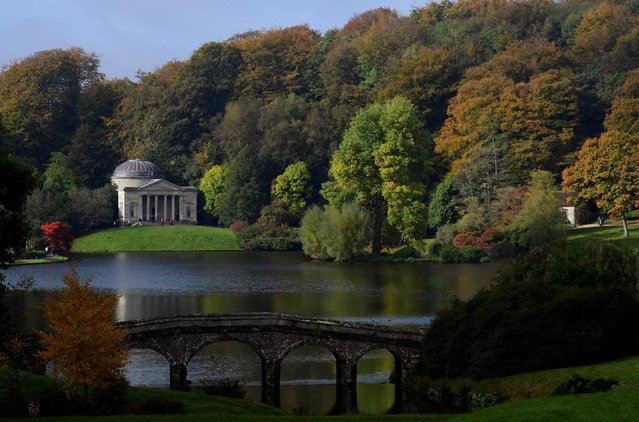 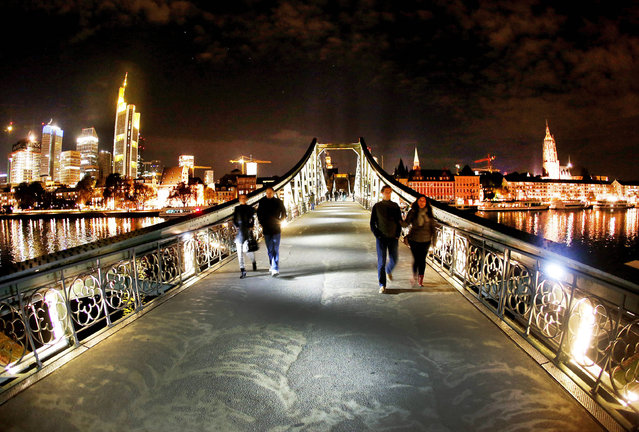 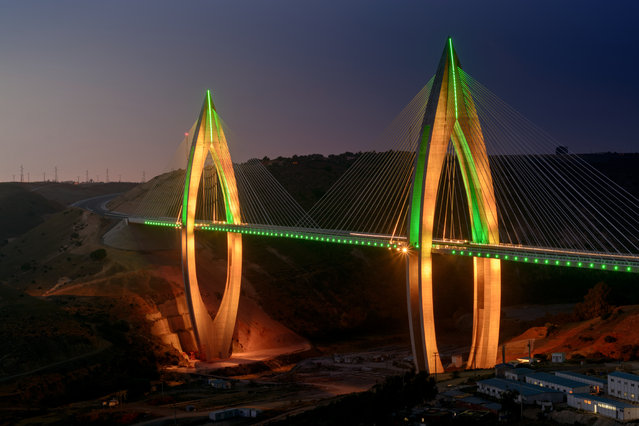 In this image released on Wednesday, July 20, 2016, the Mohammed VI Bridge illuminates the desert outside Morocco's capital city, Rabat. The recently finished bridge, which is the longest cable-stayed bridge in Africa, has been spectacularly illuminated using dynamic LED lighting by Philips Lighting. (Photo by Oussama Benbila/Philips via AP Images) 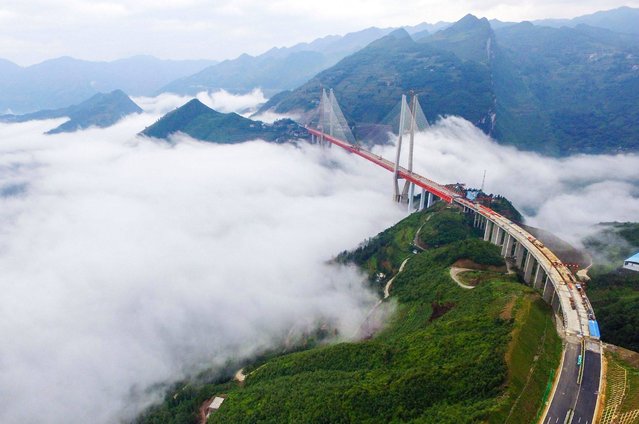 This picture taken on September 10, 2016 shows the Beipanjiang Bridge, near Bijie in southwest China's Guizhou province. Chinese engineers linked the two ends of the bridge on September 10, completing the structure of what is expected to become the world's highest bridge. The bridge soars 565 meters (1,854 feet) above a river in the mountainous region. (Photo by AFP Photo/Stringer) 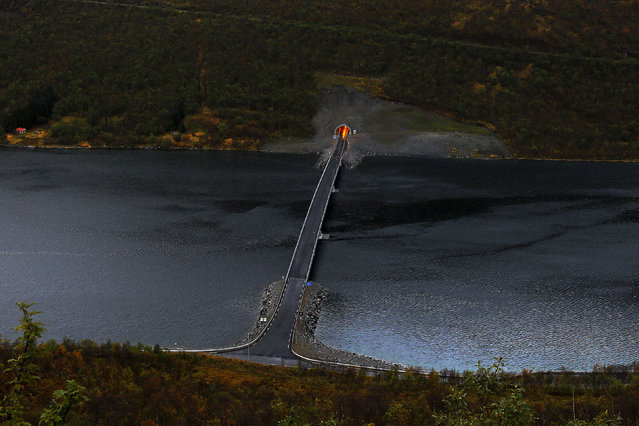 A bridge connects parts of Senja island over a fiord, north of the Arctic Circle in Norway September 29, 2014. (Photo by Yannis Behrakis/Reuters) 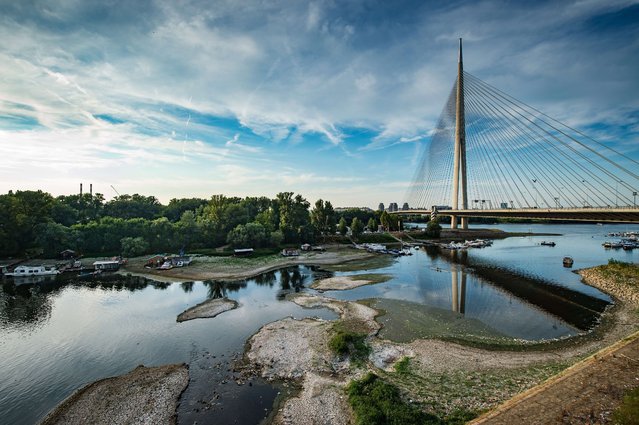