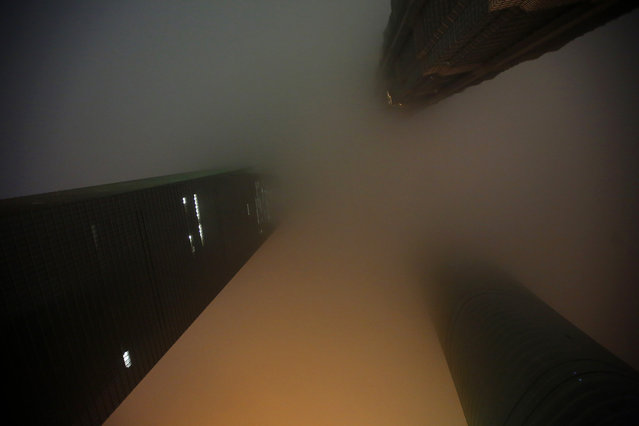 Shanghai's skyscrapers Shanghai World Financial Center (L), Shanghai Tower (R) and Jin Mao Tower (top) are seen at the financial district of Pudong during Earth Hour in Shanghai March 29, 2014. Earth Hour, when everyone around the world is asked to turn off lights for an hour from 8.30 p.m. local time, is meant as a show of support for tougher action to confront climate change. (Photo by Carlos Barria/Reuters) 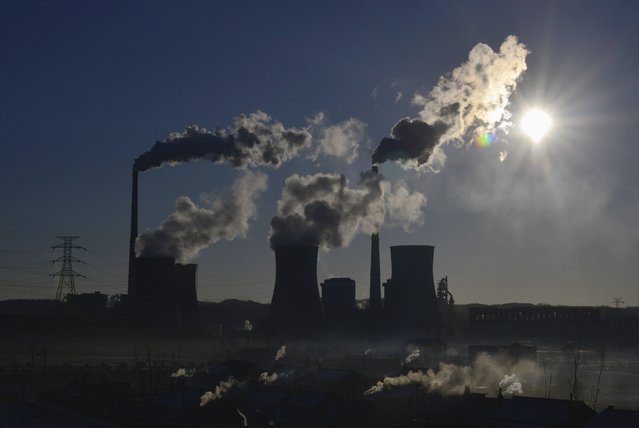 Smoke rises from chimneys and cooling towers of a thermal power plant during sunrise in Fushun, Liaoning province March 6, 2014. China sent its strongest signal yet that its days of chasing breakneck economic growth were over, promising to wage a “war” on pollution and reduce the pace of investment to a decade-low as it pursues more sustainable expansion. (Photo by Reuters/Stringer) 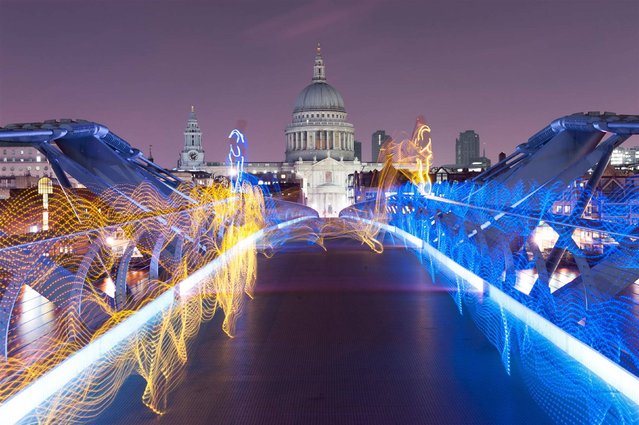 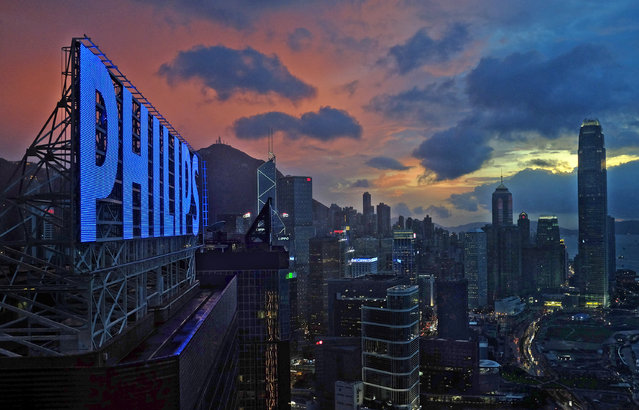 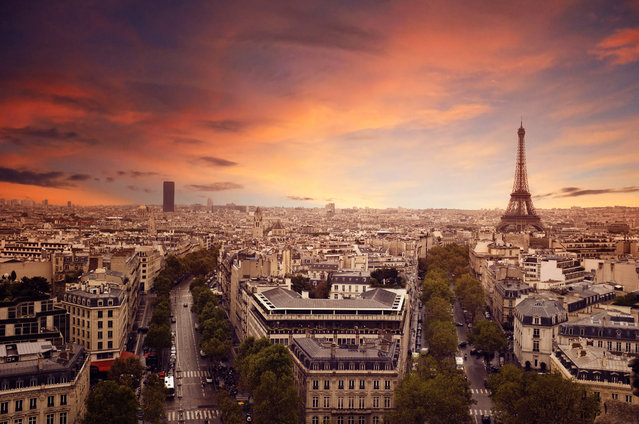 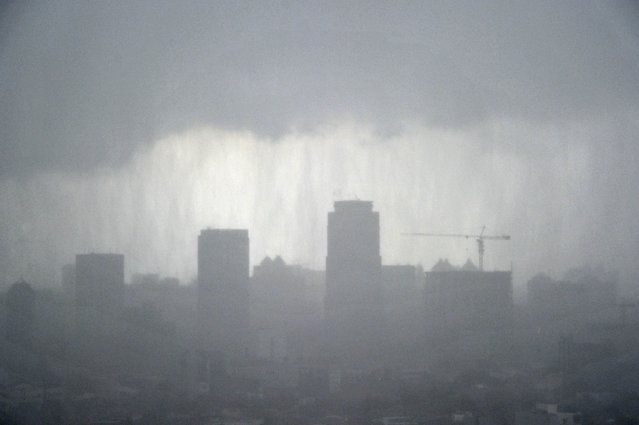 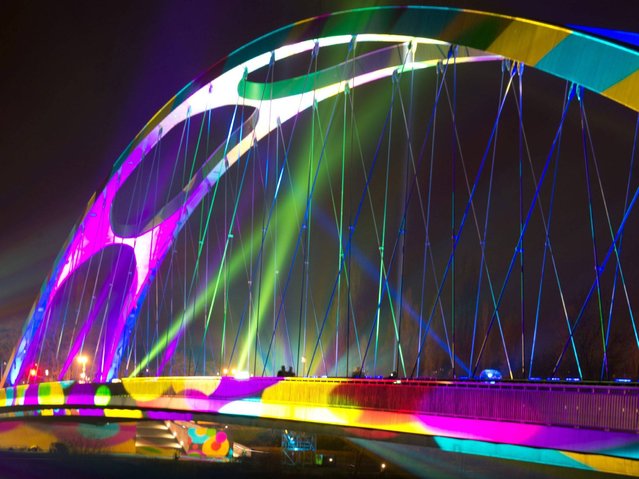 People crosses the illuminated bridge Osthafenbruecke during Luminale festival of light in Frankfurt, Germany, 30 March 2014. The 7th Biennale of Lighting Culture runs from 30 March to 04 April. (Photo by Boris Roessler/EPA) 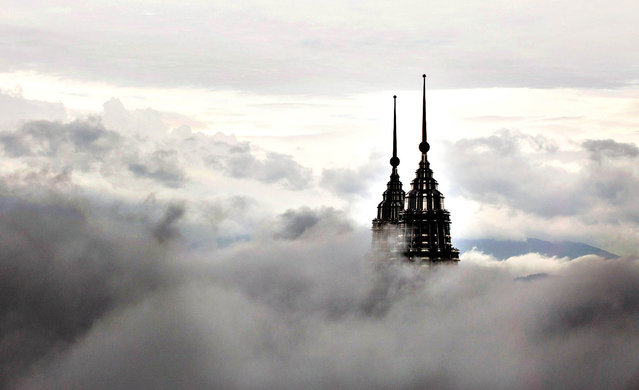 The pinnacles of the Petronas Twin Towers protrude through low clouds in Kuala Lumpur, Malaysia, on Tuesday, March 18, 2014. (Photo by Charles Pertwee/Bloomberg) 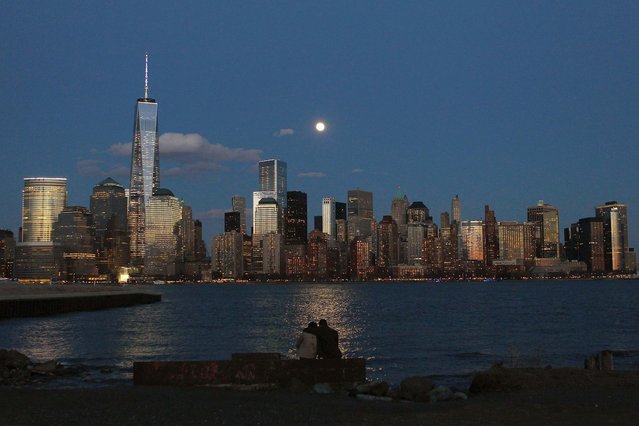 The moon rises behind the skyline of New York's Lower Manhattan as two people watch from a park along the Hudson River in Jersey City. (Photo by Gary Hershorn/Reuters) 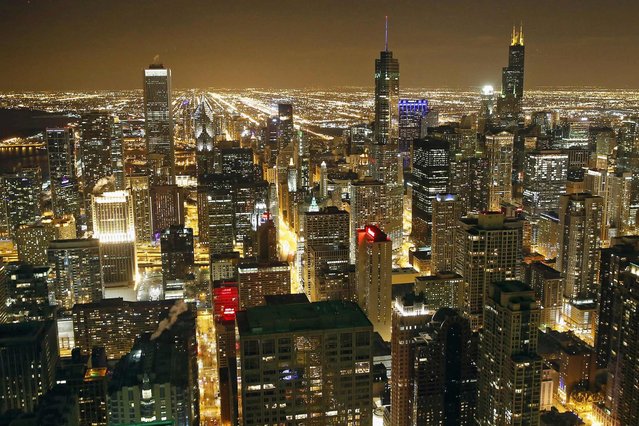 A general view of the city skyline in Chicago. (Photo by Jim Young/Reuters) 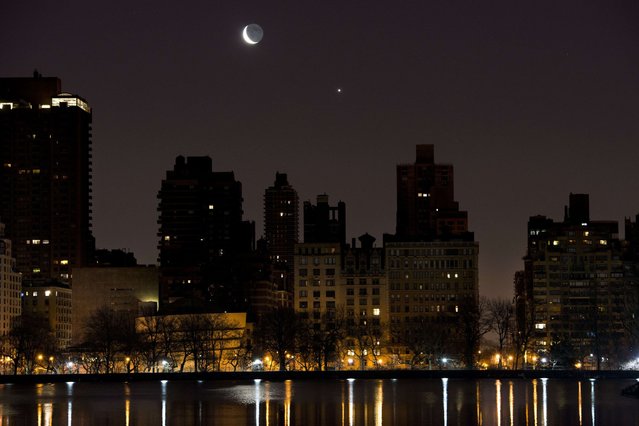 A crescent moon and Venus rise in the pre-dawn hours over the east side of Manhattan March 27, 2014 in this view over the reservoir in New York's Central Park. (Photo by Stan Honda/AFP Photo) 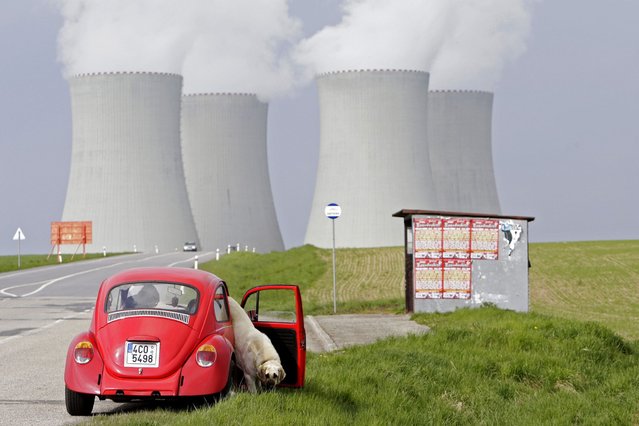 A dog gets out of a car in front of cooling towers of the Temelin nuclear power plant near the South Bohemian city of Tyn nad Vltavou. (Photo by David W. Cerny/Reuters) 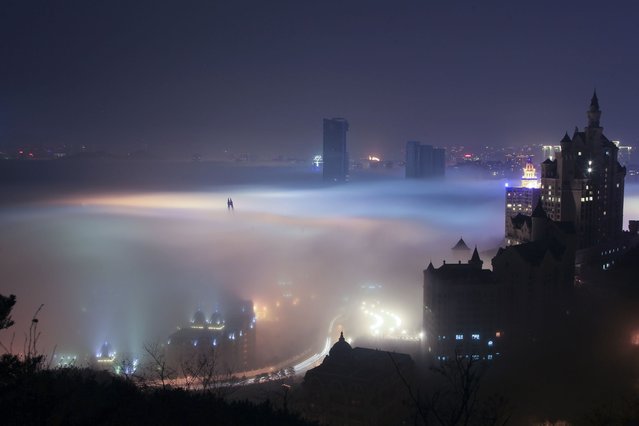 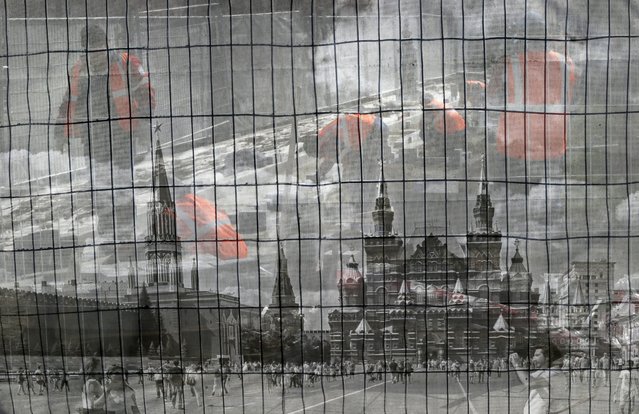 Municipal workers from Asian republics are seen through a fence with picture of the Red Square during their work on landscaping around the Kremlin in Moscow, Russia, 10 April 2014. (Photo by Yuri Kochetkov/EPA)
Edit Del
21 Apr 2014 10:01:00, post received 0 comments
Publication archive:
←   →
Popular tags:
All tags
Last searches: