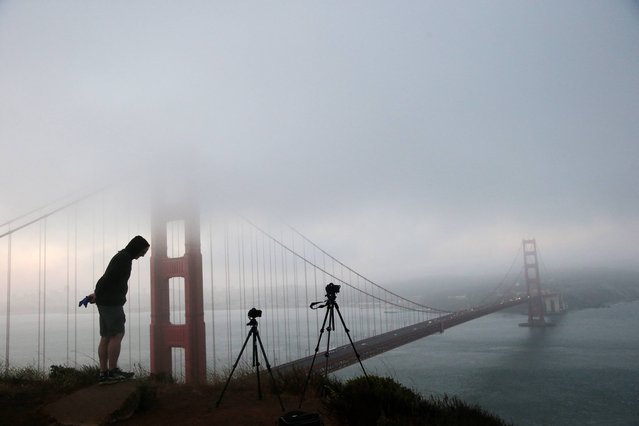 Russell Brown, of Los Altos, Calif., photographs the fog-covered Golden Gate Bridge from a a hill in the Marin Headlands on Monday, July 14, 2014, in San Francisco. (Photo by Marcio Jose Sanchez/AP Photo) 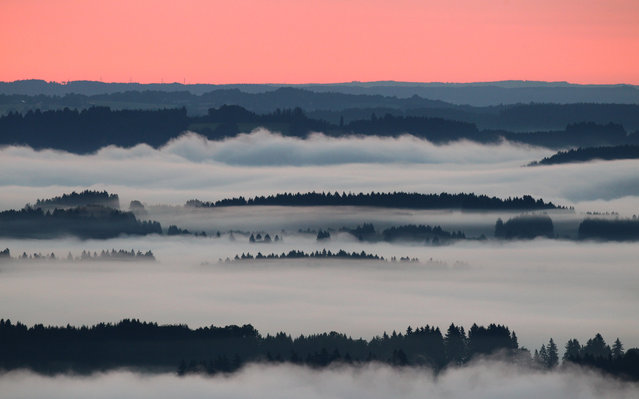 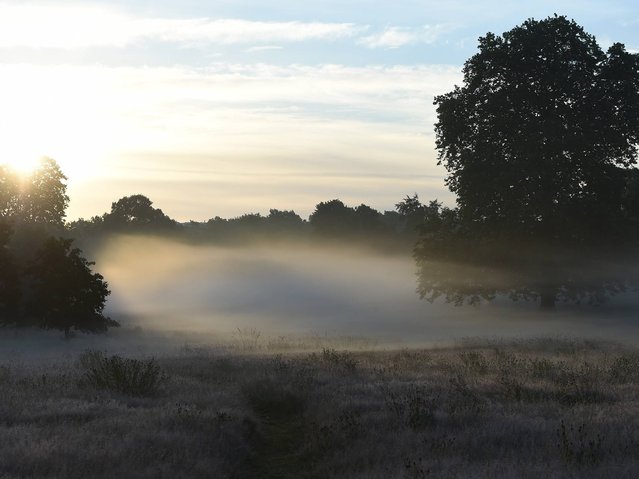 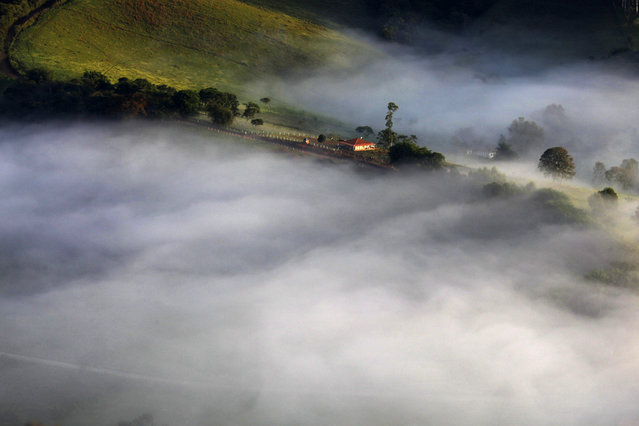 Fog sourrounds a farm in the mountains in Goncalves, in the state of Minas Gerais in southwestern Brazil, April 18, 2014. (Photo by Paulo Whitaker/Reuters) 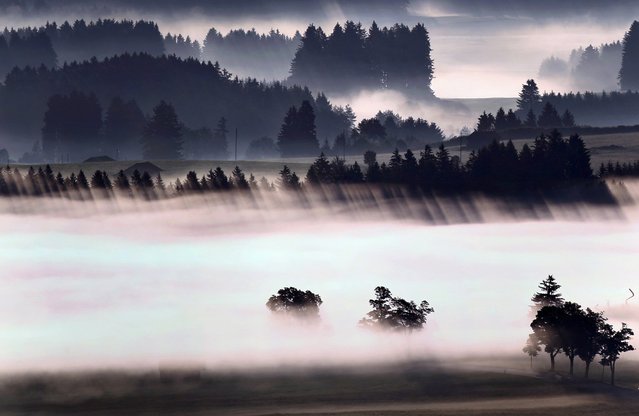 A morning fog glows above the Alpine foothills near Bernbeuren, Germany, June 26, 2014. (Photo by Karl-Josef Hildenbrand/EPA) 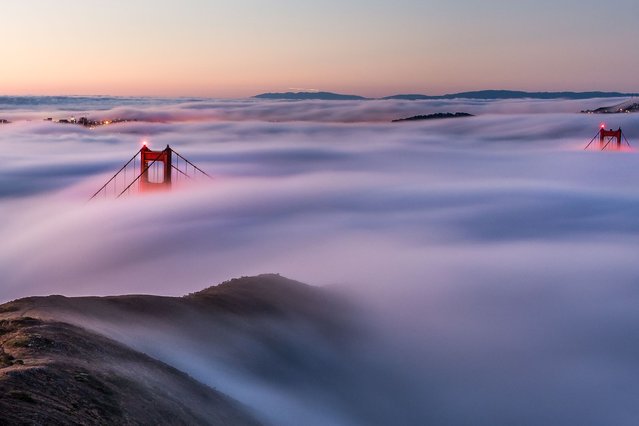 Thick early morning fog engulfed a huge world famous bridge so that only the very tip of it is visible above the clouds. (Photo by Solent News and Photo Agency) 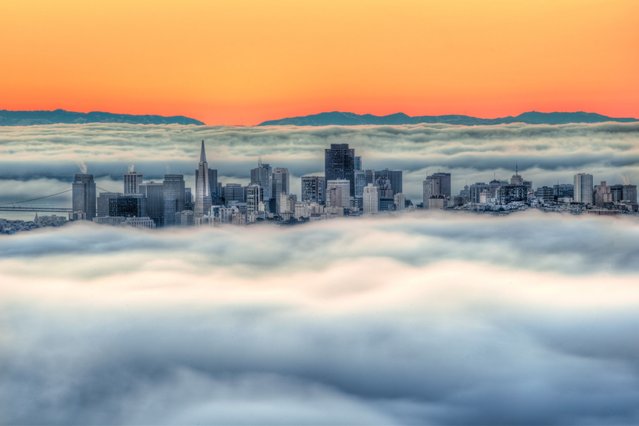 Golden gate Bridge Fog Thick early morning fog engulfed a huge world famous bridge so that only the very tip of it is visible above the clouds. Photographer Ali Erturk, 33, hiked to the spot at 4am to capture the stunning sight of the Golden Gates bridge immersed in the dense swirls of fog. (Photo by Solent News and Photo Agency) 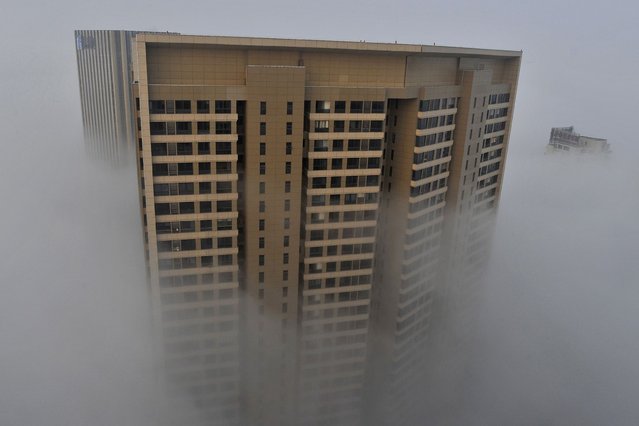 An apartment building is seen on a hazy day in Hefei, Anhui province. (Photo by Reuters/Stringer) 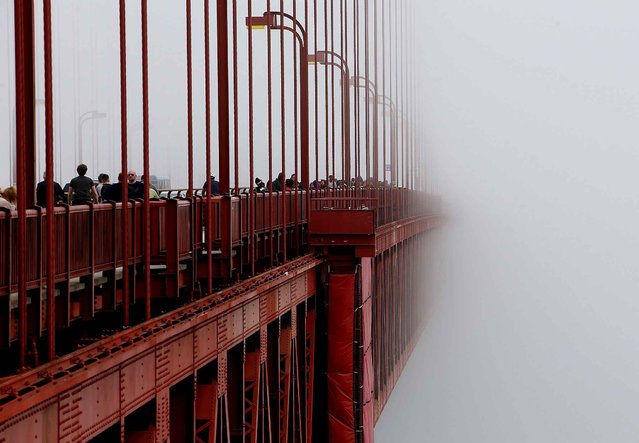 The span of the Golden Gate Bridge disappears into the fog on June 27, 2014 in San Francisco, California. The Golden Gate Bridge district's board of directors voted unanimously to approve a $76 million funding package to build a net suicide barrier on the iconic span. Over 1,500 people committed suicide by jumping from the iconic bridge since it opened in 1937. 46 people jumped to their death in 2013. (Photo by Justin Sullivan/AFP Photo)
Edit Del
16 Jul 2014 14:33:00, post received 0 comments
Publication archive:
←   →
Popular tags:
All tags
Last searches: