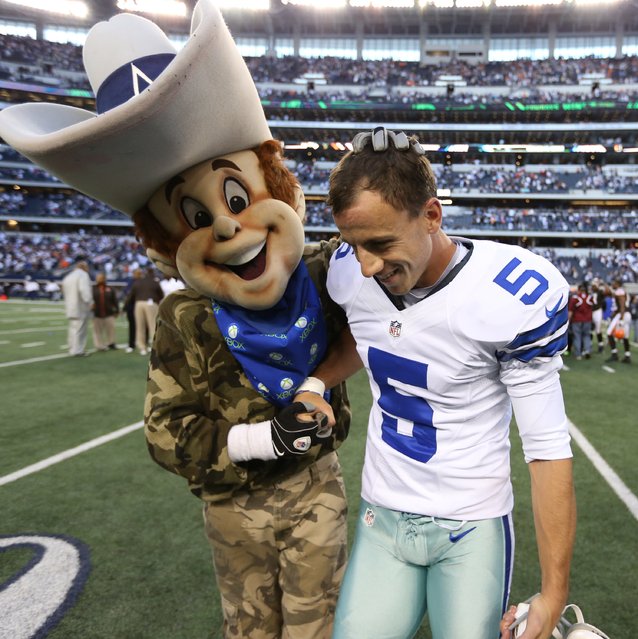 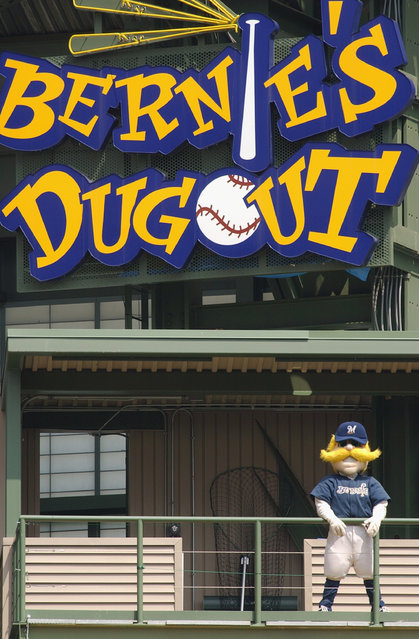 Mascot Bernie Brewer of the Milwaukee Brewers looks on from “Bernie's Dugout” during the game against the Cincinnati Reds at Miller Park on May 17, 2003 in Milwaukee, Wisconsin. (Photo by Jonathan Daniel/Getty Images) 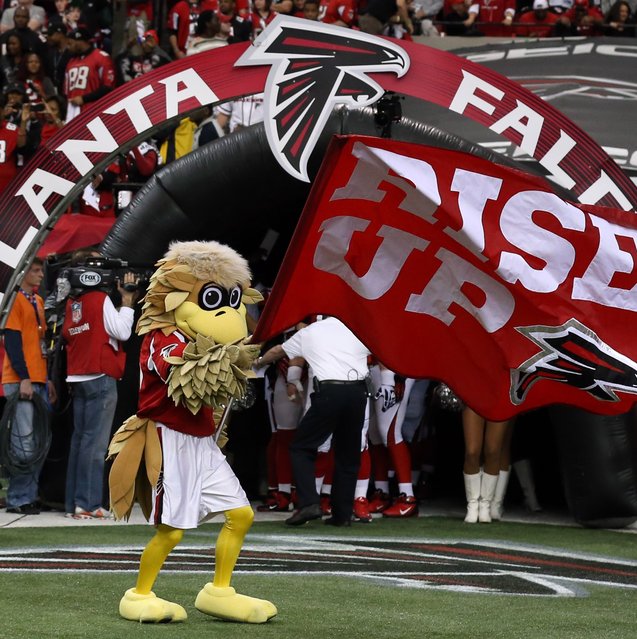 The Atlanta Falcons mascot holds a “Rise Up” flag prior to the NFC Championship game against the San Francisco 49ers at the Georgia Dome, 2013-1-20. (Photo by Matthew Emmons/USA TODAY Sports) 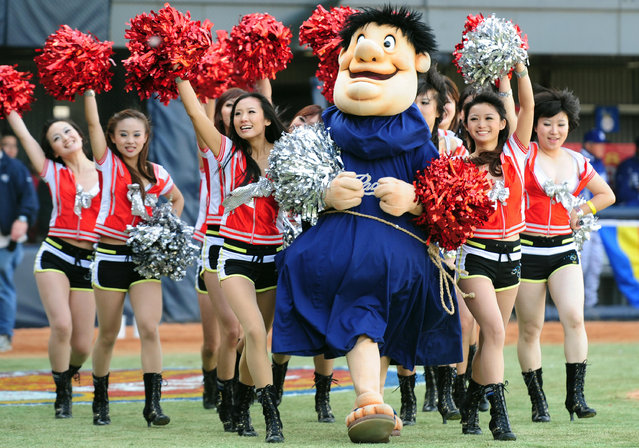 Chinese cheerleaders walk with San Diego Padres mascot the Swinging Friar during entertainment between innings at the first Major League Baseball game in China on March 15, 2008 at the Wukesong Baseball Stadium in Beijing, venue for the 2008 Olympics baseball event. (Photo by Frederic J. Brown/AFP Photo) 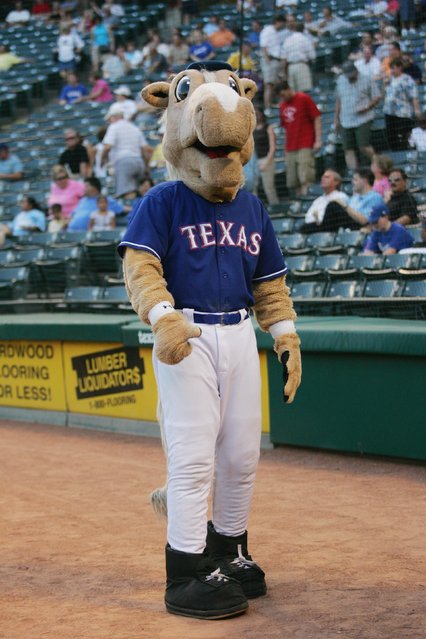 The Texas Rangers mascot “Rangers Captain” entertains before the start of the MLB game between the Chicago White Sox and the Texas Rangers on August 28, 2007 at Rangers Ballpark in Arlington, Texas. (Photo by: Ronald Martinez/Getty Images) San Francisco Giants mascot Lou Seal stands with Stormtroopers before their game against the Arizona Diamondbacks at AT&T Park on September 4, 2011 in San Francisco, California. (Photo by Ezra Shaw/Getty Images) The St. Louis Cardinals Rally Squirrel runs around the stadium against the Milwaukee Brewers during Game Five of the National League Championship Series at Busch Stadium on October 14, 2011 in St Louis, Missouri. (Photo by Jamie Squire/Getty Images) 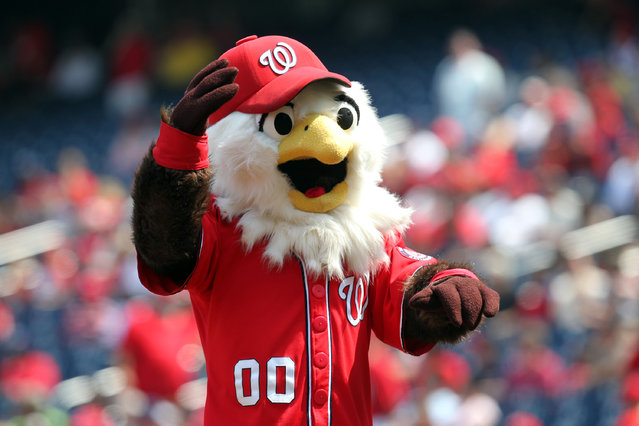 Mascot Screech of the Washington Nationals encourages the crowd against the Miami Marlins at Nationals Park on September 8, 2012 in Washington, DC. (Photo by Ned Dishman/Getty Images) 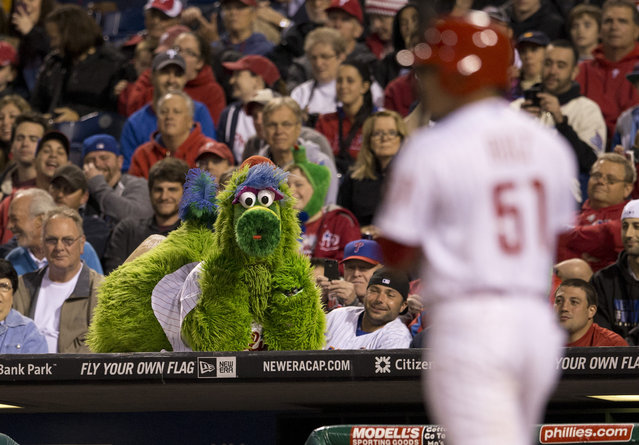 The Phillie Phanatic watches the game from the top of the dugout in the bottom of the seventh inning against the New York Mets on May 29, 2014 at Citizens Bank Park in Philadelphia, Pennsylvania. (Photo by Mitchell Leff/Getty Images) 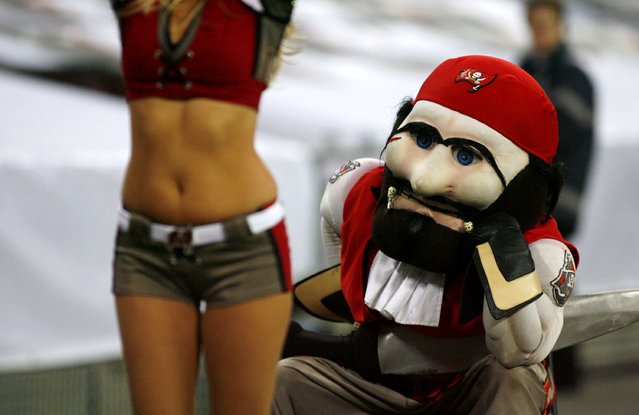 October 25, 2009; London,UK; The mascot for the Tampa Bay Buccaneers watches a cheerleader during the NFL International Series game against the New England Patriots at Wembley Stadium. (Photo by David Wilkinson/Offside Sports) 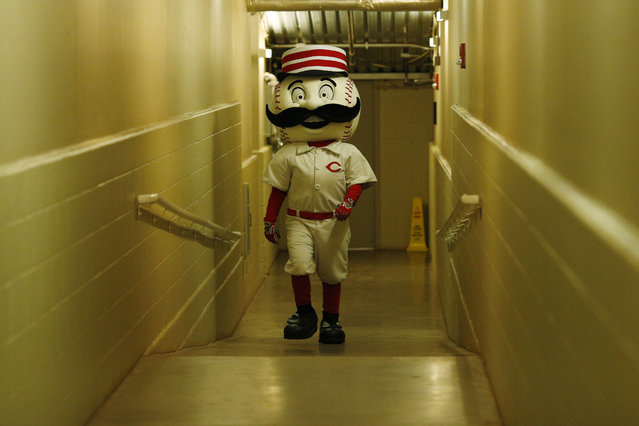 Cincinnati Reds mascot Mr. Redlegs walks up the tunnel from the field as rain delays the start of the game against the Chicago Cubs at Great American Ball Park on April 29, 2014 in Cincinnati, Ohio. (Photo by Joe Robbins/Getty Images) 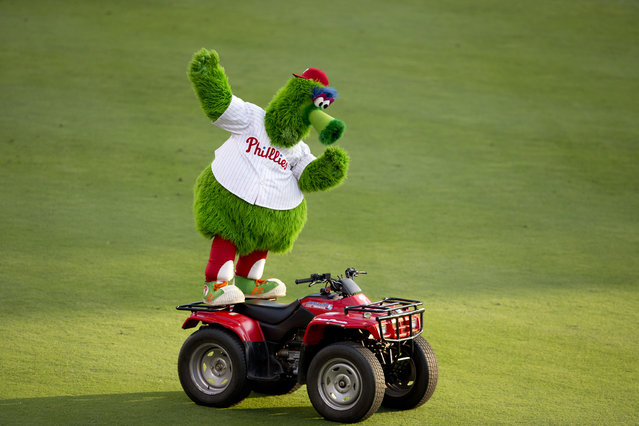 The Phillie Phanatic dances on his ATV prior to the game between the Seattle Mariners and Philadelphia Phillies on August 18, 2014 at Citizens Bank Park in Philadelphia, Pennsylvania. (Photo by Mitchell Leff/Getty Images) 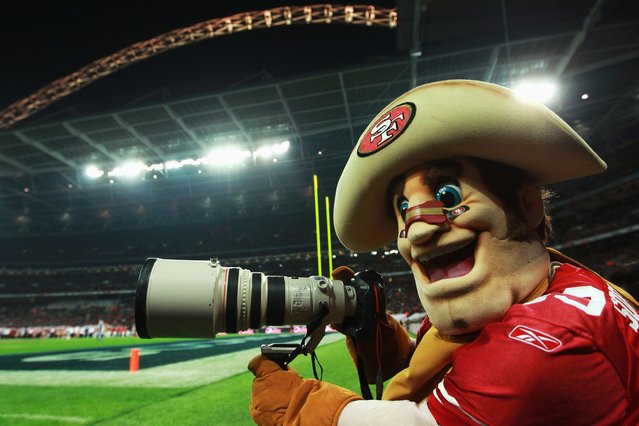 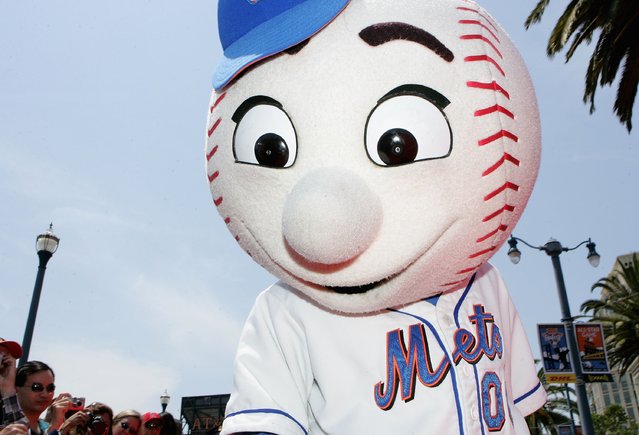 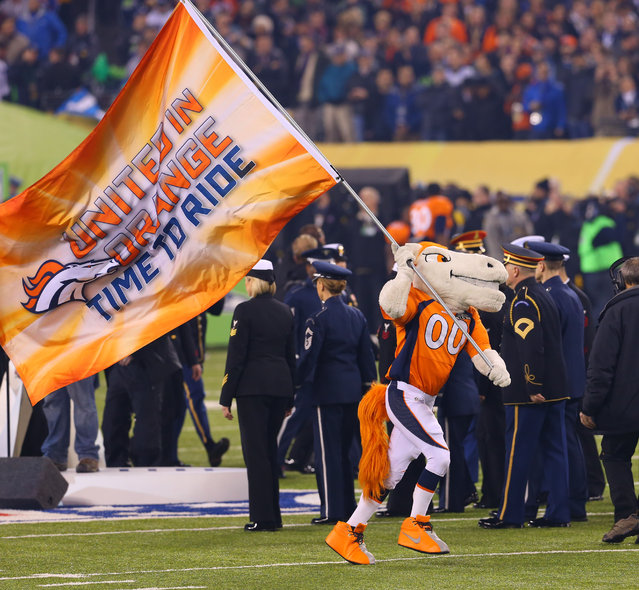 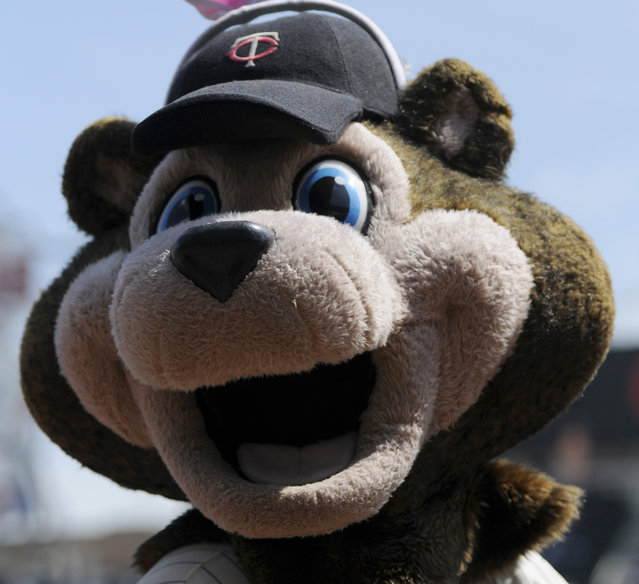 TC, mascot for the Minnesota Twins pre forms with bunny ears prior to a game between the Cleveland Indians and Minnesota Twins on April 24, 2011 at Target Field in Minneapolis, Minnesota. (Photo by Hannah Foslien/Getty Images) 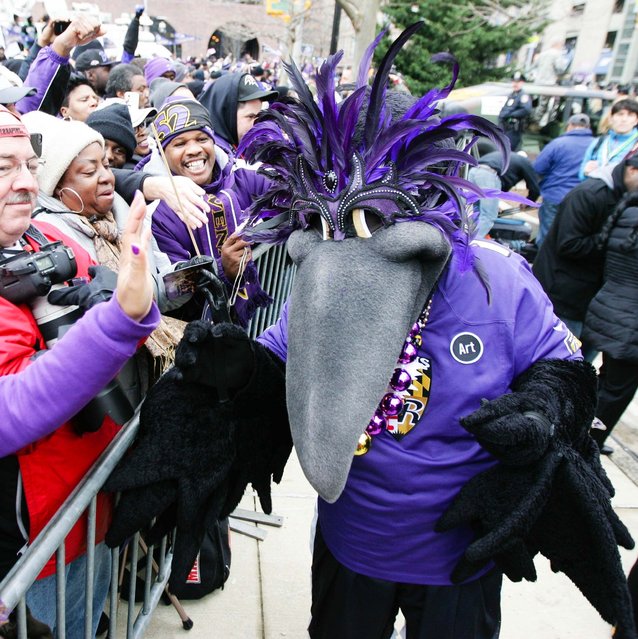 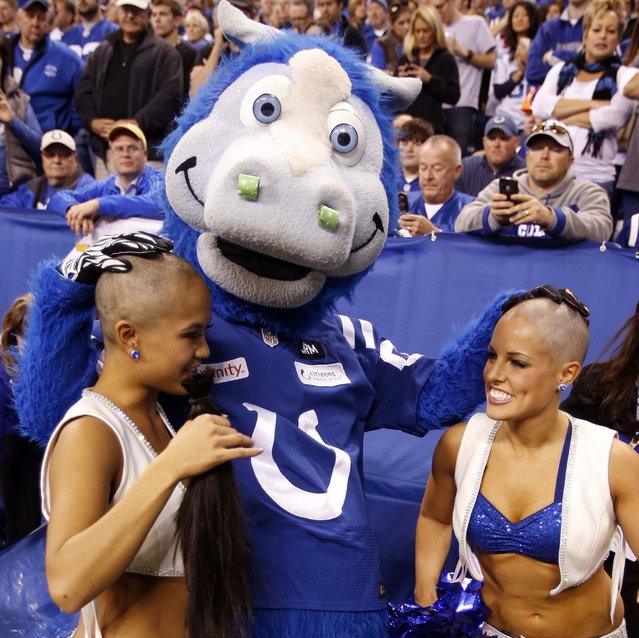