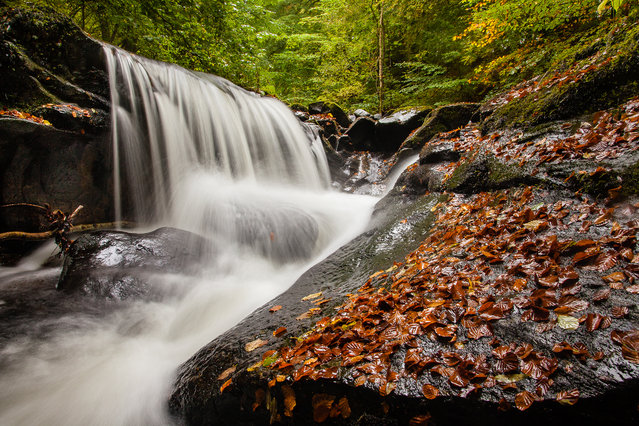 Perthshire, UK, 2016. When you consider that Perthshire is known as Big Tree Country, it’s no surprise it makes the list for great places to enjoy autumn. Walks range from the Birks of Aberfeldy and the Hermitage on the Braan, to Lady Mary’s Walk and the Falls of Briar. (Photo by Dougie Cunningham) Freshly cut wheat stands under approaching storm clouds on a property owned by a farmer near Roma, west of Brisbane, Australia, in this October 29, 2011 file photo. (Photo by Tim Wimborne/Reuters) 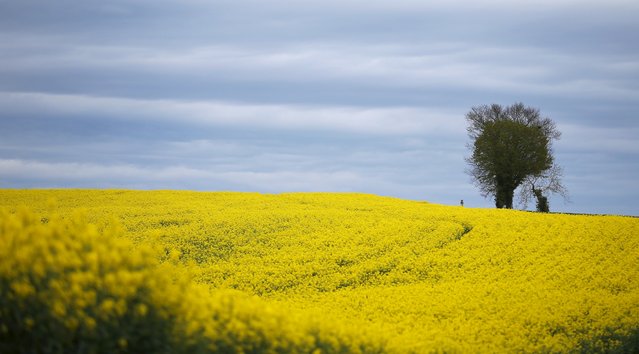 A tree is pictured in a blooming rapeseed field near Mareuil in the Dordogne region of France April 14, 2016. (Photo by Phil Noble/Reuters) 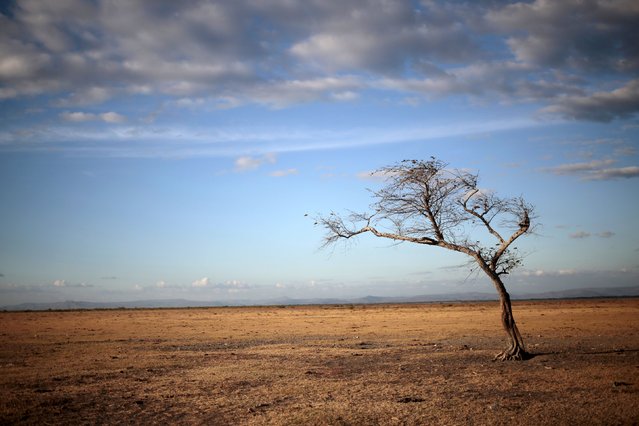 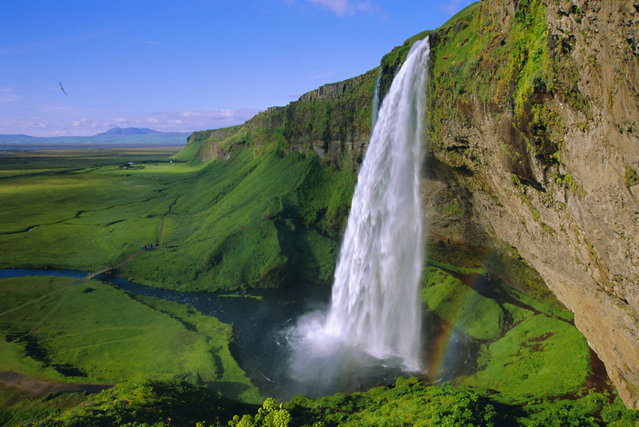 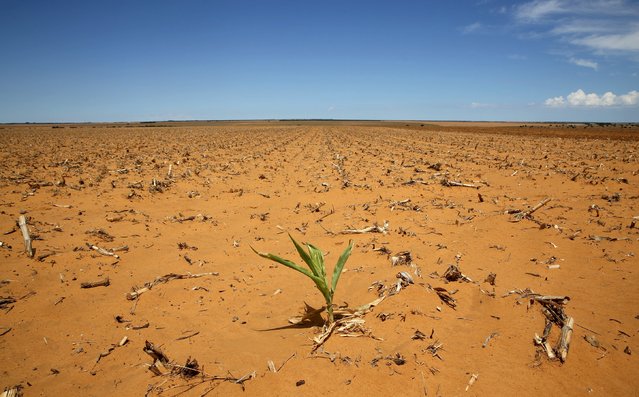 A maize plant is seen at a field in Hoopstad, a maize-producing district in the Free State province, South Africa, January 13, 2016. (Photo by Siphiwe Sibeko/Reuters) 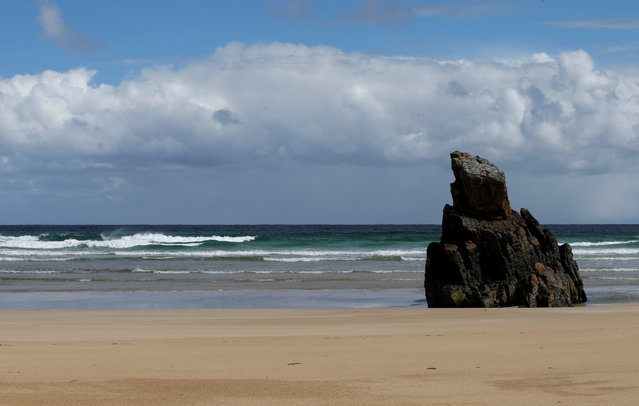 Waves roll on to Tolsta beach on the Isle of Lewis and Harris, an island off the northwestern tip of Scotland in the Outer Hebrides, Britain April 28, 2016. (Photo by Russell Cheyne/Reuters) 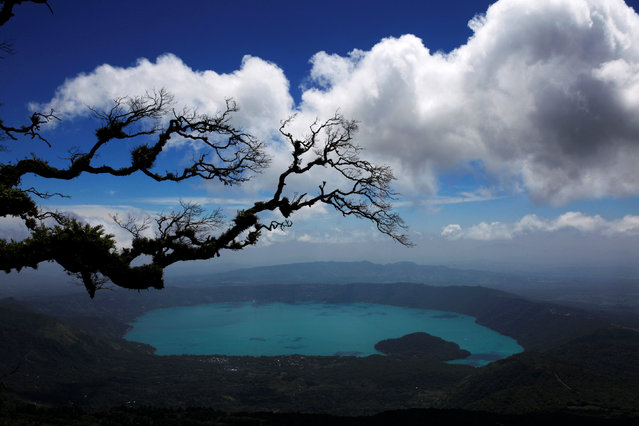 The Coatepeque Lake is seen from El Cerro Verde national park in Izalco, El Salvador August 24, 2016. The color of the water in the Coatepeque lake has changed due to the proliferation of algae species Microcystis aeruginosa and Oscillatoria sp., according to results obtained from an analysis of samples taken on Monday by the Ministry of Environment. (Photo by Jose Cabezas/Reuters) 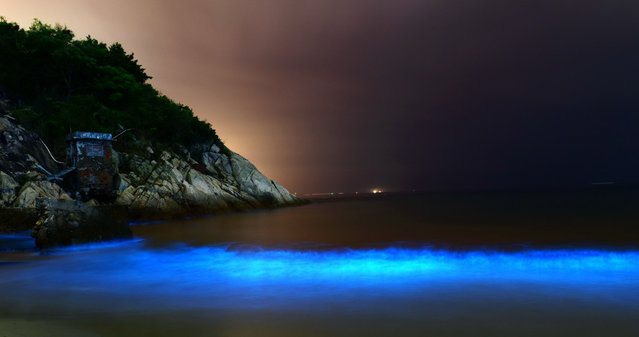 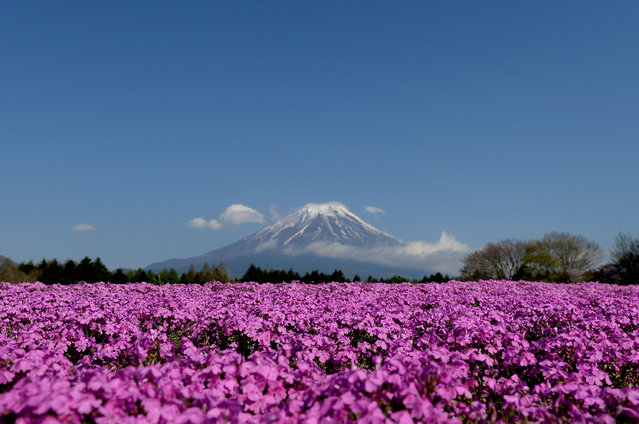 Shibazakura (Moss phlox) bloom in front of the Mt.Fuji during the Fuji Shibazakura Festival at Ryujin-ike Pond on April 30, 2016 in Fujikawaguchiko, Japan. About 800,000 moss phlox flowers are in full bloom at the festival held near the Mt. Fuji. (Photo by Takashi Aoyama/Getty Images) 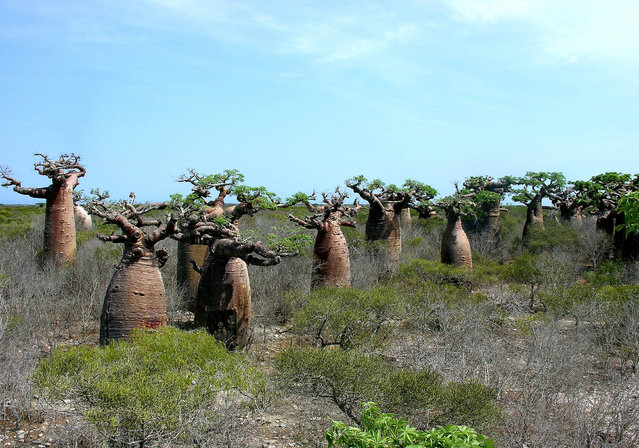 Seeds from Madagascan baobab trees are being collected as part of the drive to preserve the island’s flora. Plant experts at the UK Royal Botanic Gardens, Kew, are using £235,000 from the People’s Postcode Lottery to train, equip and pay local people in rural areas of Madagascar to collect seeds from habitats such as grassland and forest. (Photo by Solofo/Royal Botanic Gardens Kew) 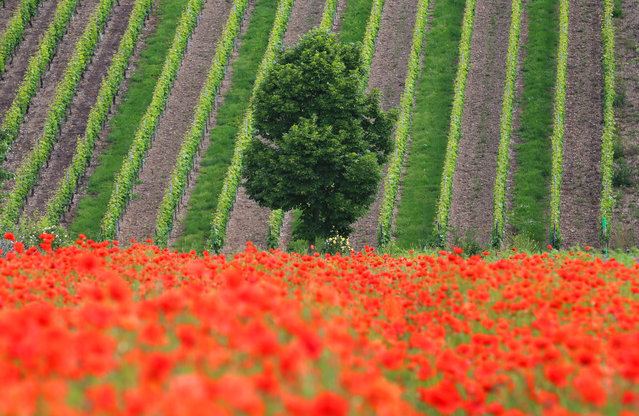 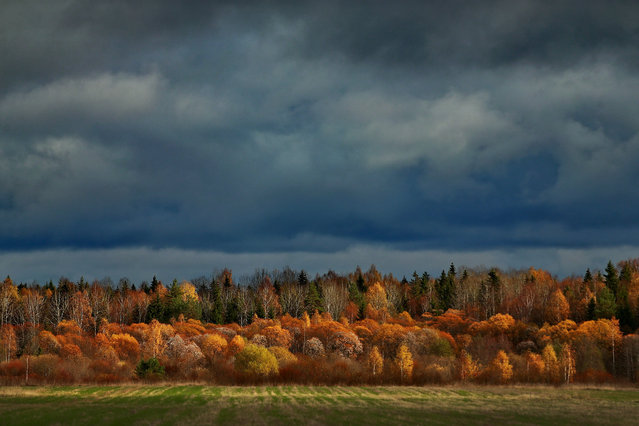 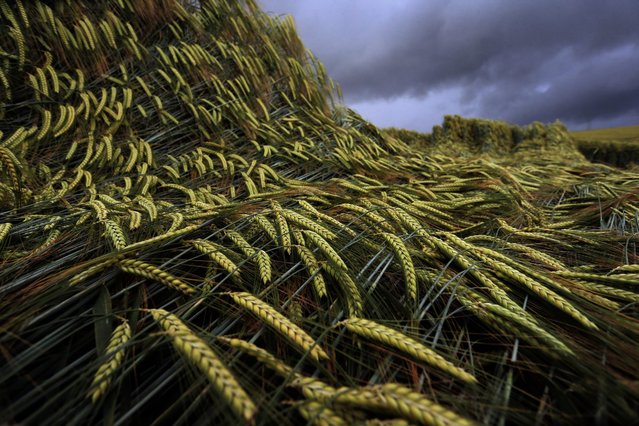 Spring barley in a field under clouds of rain in Erlenbach, Germany, 13 June 2016. (Photo by Karl-Josef Hildenbrand/EPA) The aspen leaves are bright yellow in the Colorado high country near Ward, Colorado, Friday, September 23, 2016. This weekend is considered peak viewing season for the fall foliage. (Photo by Jack Dempsey/AP Photo) 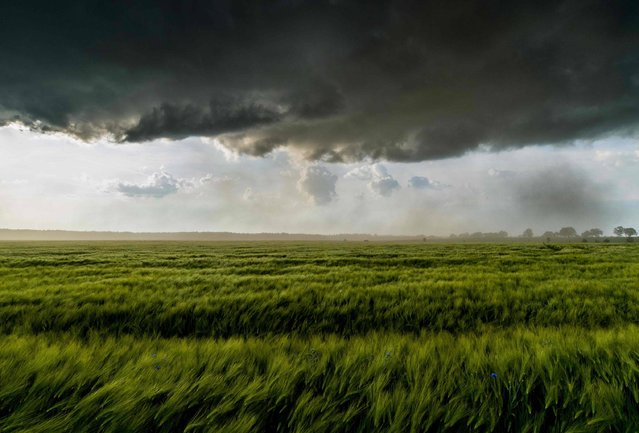 Dark clouds hang over a grain field near Petersdorf, northeastern Germany, on May 30, 2016. (Photo by Patrick Pleul/AFP Photo/DPA) These stunning shots capture the natural wonder hidden deep in the Arizona desert known as The Wave. The 190 million-year-old formation is made of sand dunes which turned to rock through time. They are stacked on top of another and hardened by deposit of calcium salts - causing the vertical and horizontal layers. Hidden somewhere in the Vermillion Cliffs Wilderness Area in Arizona, USA, a special permit is needed to find the spectacular spot. Keen snapper Justin Reznick, 36, captured the breathtaking beauty of the unique landscape on a trip this spring. (Photo by Caters News) 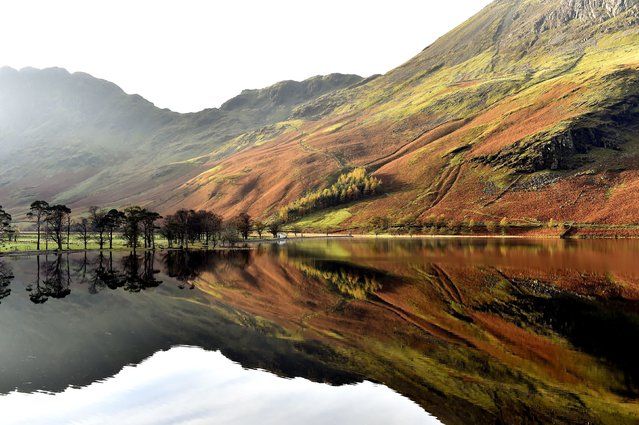 Autumn reflections are seen on Lake Buttermere in the Lake District in Cumbria on October 29, 2014, as the unseasonably mild weather continues. (Photo by Owen Humphreys/PA Wire) Cherry trees in full bloom are seen at night, April 16, 2014 on the National Mall in Washington, DC. Over 3,000 trees were planted throughout the modern National Mall and Memorial Parks as a gift from Yokohama, Japan to Washington. Yozakura, or cherry blossom viewing at night is a part of the Japanese spring tradition. (Photo by Mladen Antonov/AFP Photo) 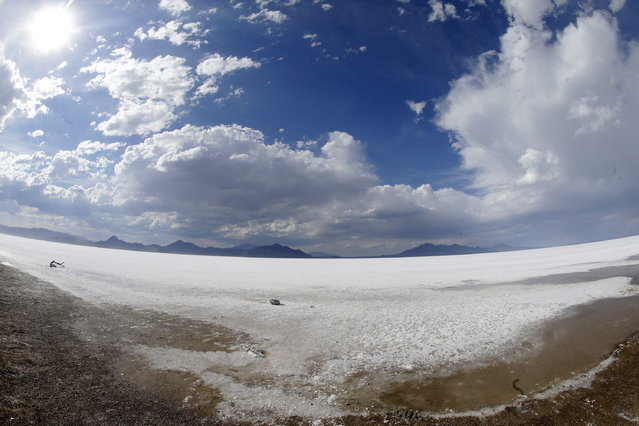 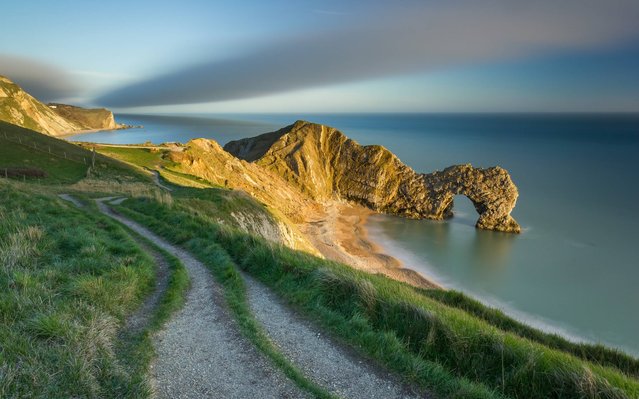 Undated handout issued by Take a view of the last of the evening light on Durdle Door, Jurassic Coast, Dorset, England which won the Youth Classic View category in this year's Landscape Photographer of the Year Awards. (Photo by Jake Pike/PA Wire) 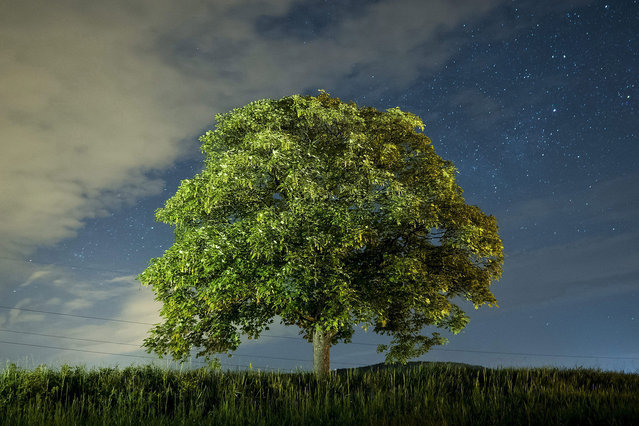 In this long exposure image a bushy tree is pictured in the foreground of a dusky night sky near Matraverebely, 90 kms northeast of Budapest, Hungary, 09 May 2016, on the eve of Birds & Trees Day celebrated in Hungary. (Photo by Peter Komka/EPA) 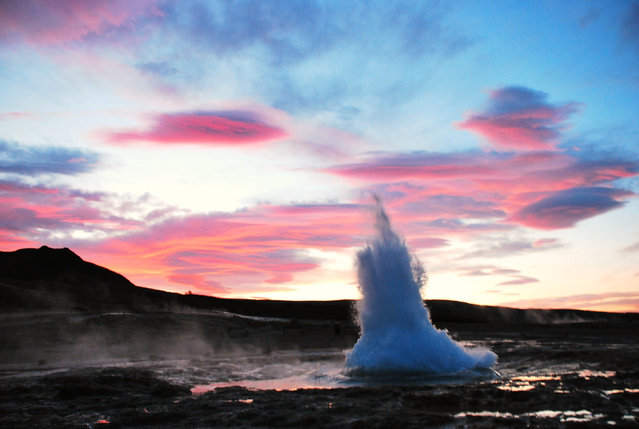 Strokkur geyser against cloudy sky at sunset. Strokkur is a fountain geyser located in a geothermal area beside the Hvítá River in Iceland in the southwest part of the country, east of Reykjavík. It is one of Iceland's most famous geysers, erupting once every 6–10 minutes. Its usual height is 15–20 m, although it can sometimes erupt up to 40 m high. (Photo by Teatsche Dijkhuis/Getty Images/EyeEm) 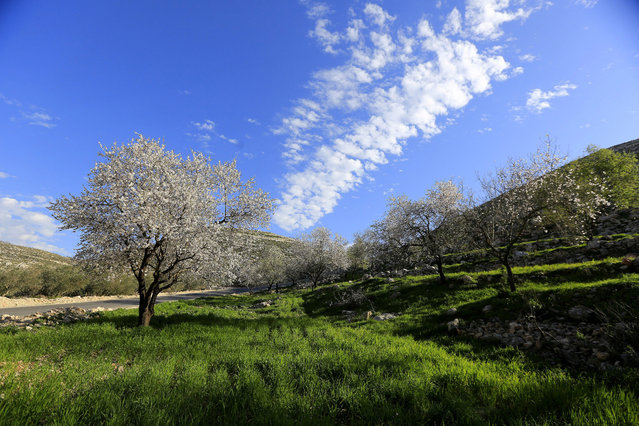 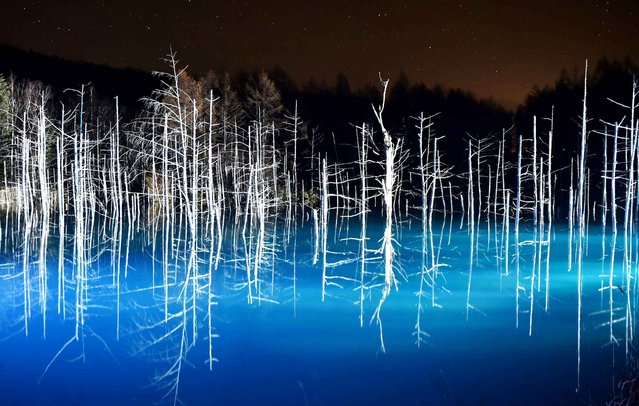