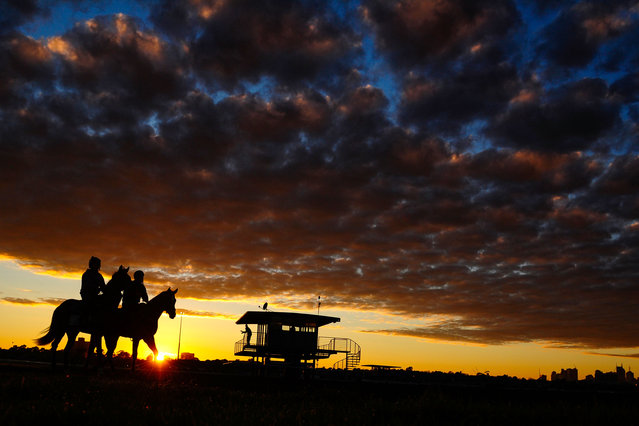 General view of horses and riders during a trackwork session at Flemington Racecourse on August 22, 2014 in Melbourne, Australia. (Photo by Vince Caligiuri/Getty Images) 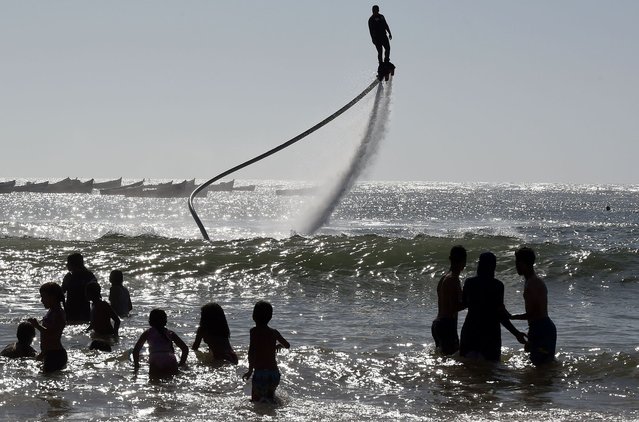 A man performs on a water-propelled flyboard on Sidi Bouzid Beach on August 16, 2014 in the Moroccan port city of El Jadida. (Photo by Fadel Senna/AFP Photo) 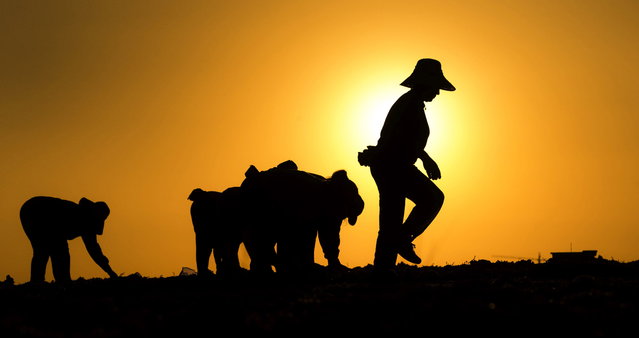 Women are drying grapes at Cordoba, Spain, August 22, 2014. Drying the grapes is the hardest part in the process of making sherry from Spanish wine grape Pedro Ximenez. (Photo by Rafa Alcaide/EPA) 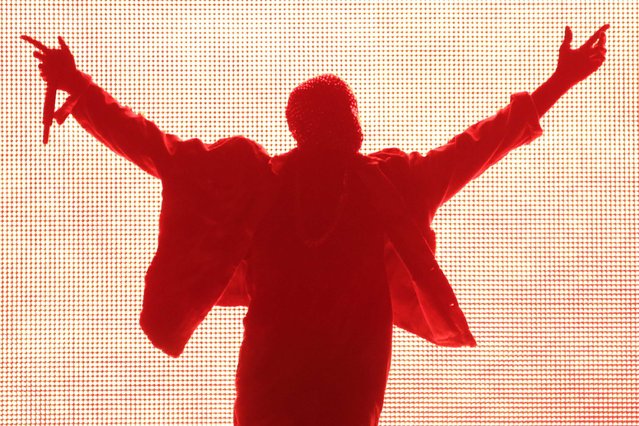 Rapper Kanye West performs during the Made in American music festival in Los Angeles, California August 31, 2014. (Photo by Jonathan Alcorn/Reuters) 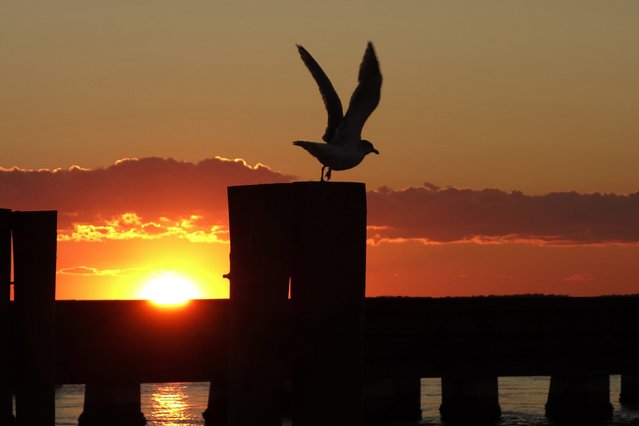 A seagull is pictured at sunset over Chincoteague, Virginia, October 25, 2013. (Photo by Kevin Lamarque/Reuters) 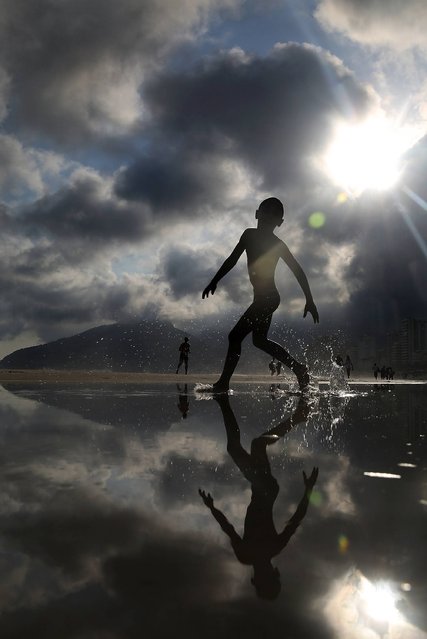 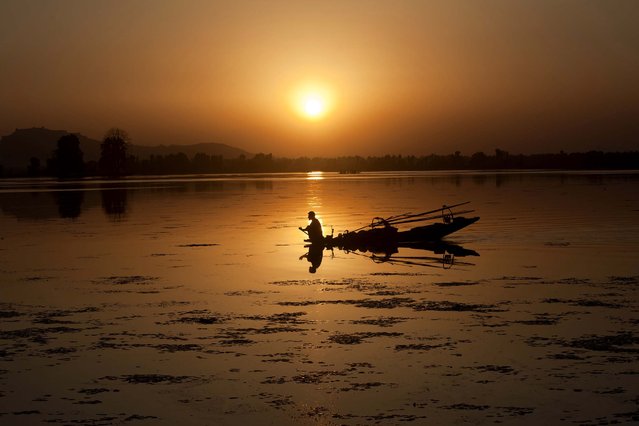 A Kashmiri fisherman rows his Shikara, or traditional boat, during sunset at the Dal Lake in Srinagar, India, on August 19, 2014. (Photo by Dar Yasin/Associated Press) 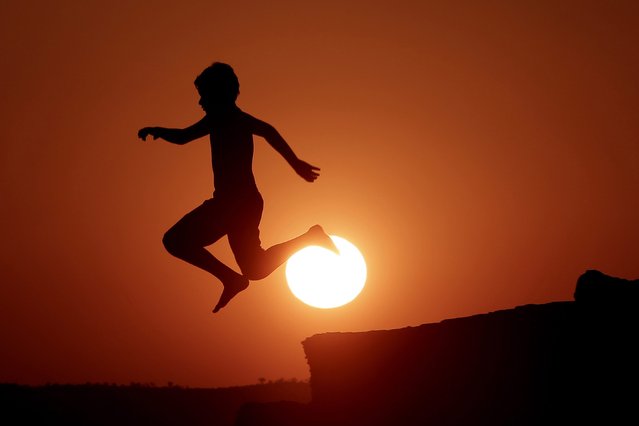 A boy jumps into the see as the sun sets during a very hot day at the suburb of Lagonissi south of Athens, Greece, 24 August 2014. (Photo by Yannis Kolesidis/EPA) 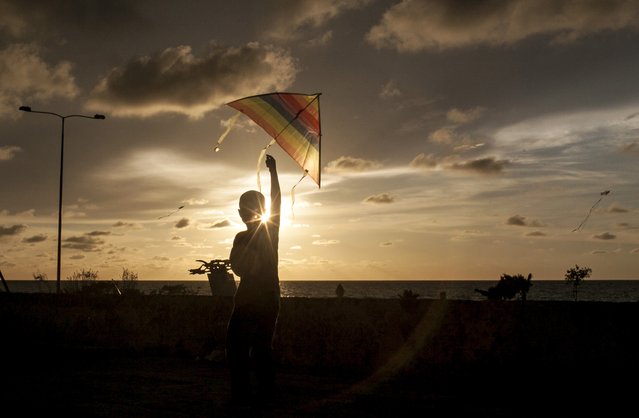 A child flies a kite in Cartagena, Colombia on August 24, 2014. (Photo by Joaquin Sarmiento/AFP Photo) 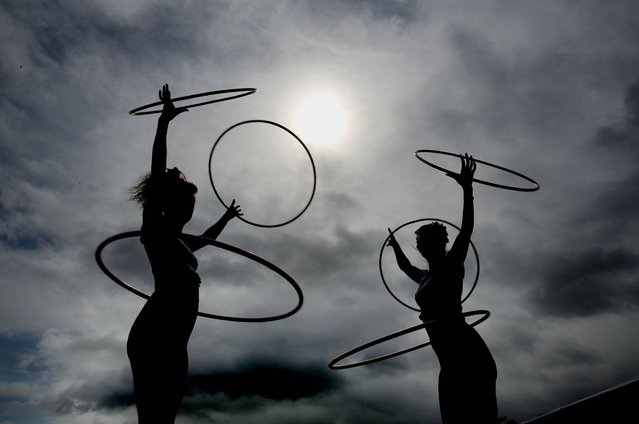 Emerald Lewis and Laura Thomas from the Marawa's Majorettes perform during a cooking demonstration at the Big Feastival held on the farm of Blur bassist Alex James' at Kingham in the Cotswalds, on August 29, 2014. (Photo by Chris Radburn/PA Wire) 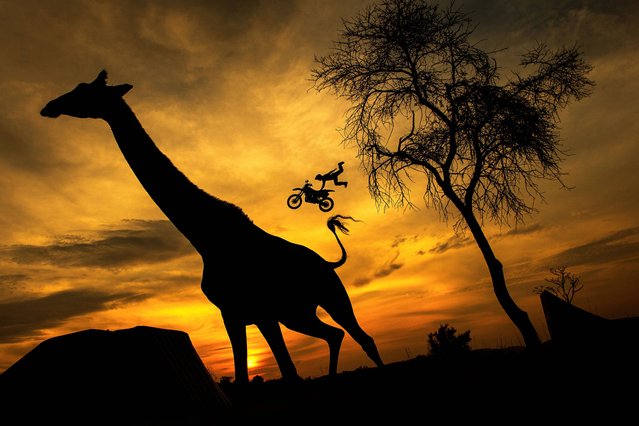