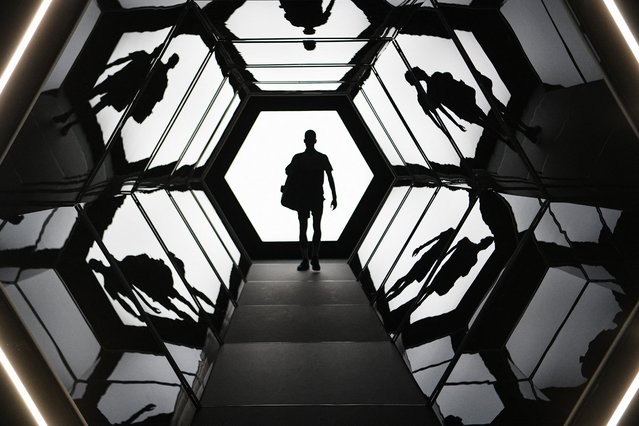 Serbia's Novak Djokovic arrives to play against Hungary's Marton Fucsovics (not pictured) during their men's singles tennis match on day two of the ATP Paris Masters at The AccorHotels Arena in Paris on November 2, 2021. (Photo by Christophe Archambault/AFP Photo) 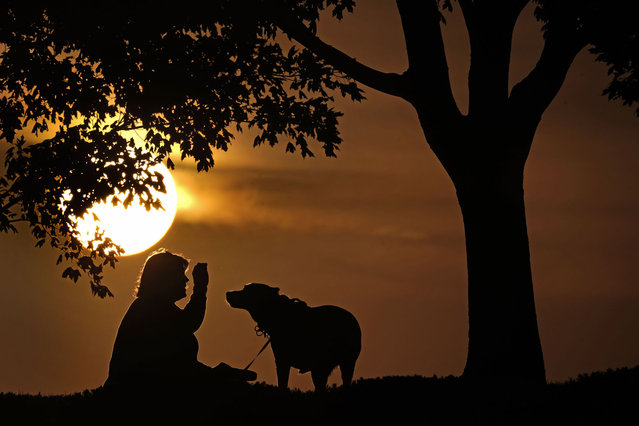 A woman plays with her dog at sunset, Saturday, November 6, 2021, at a park in Kansas City, Mo. The sun will set an hour earlier Sunday as people in most of the United States set their clocks back an hour to switch to standard time. (Photo by Charlie Riedel/AP Photo) 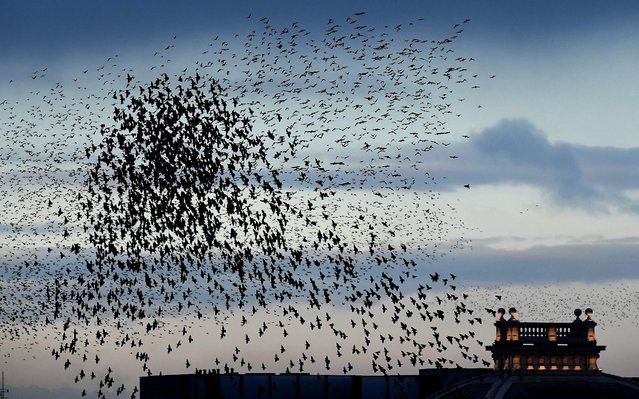 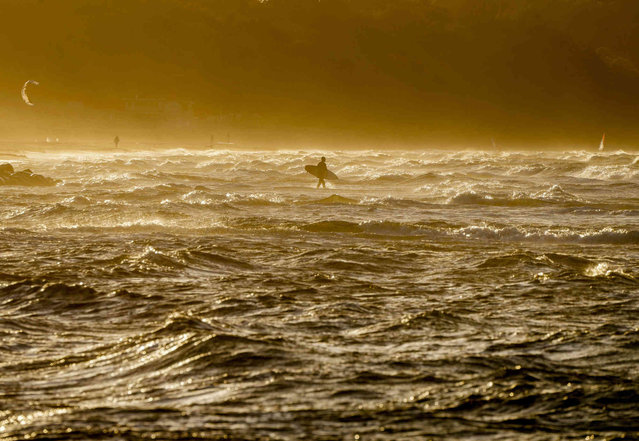 A surfer walks in the breakers of the Baltic Sea near Weissenhaeuser Strand, northern Germany, on a stormy Friday, October 22, 2021. (Photo by Michael Probst/AP Photo) 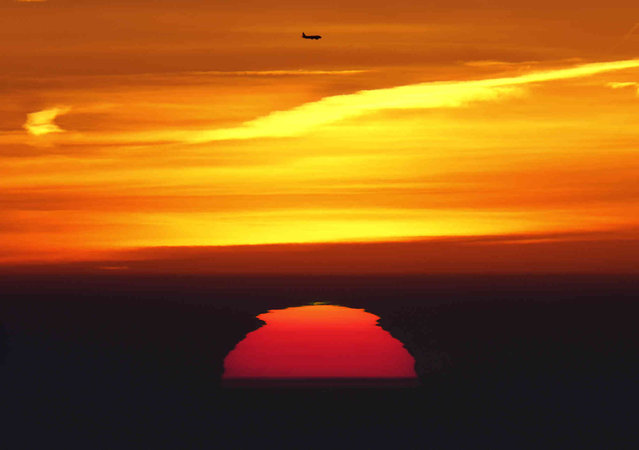 The sun rises through the thick fog that covers the city of Frankfurt, Germany, Friday, November 12, 2021. (Photo by Michael Probst/AP Photo) 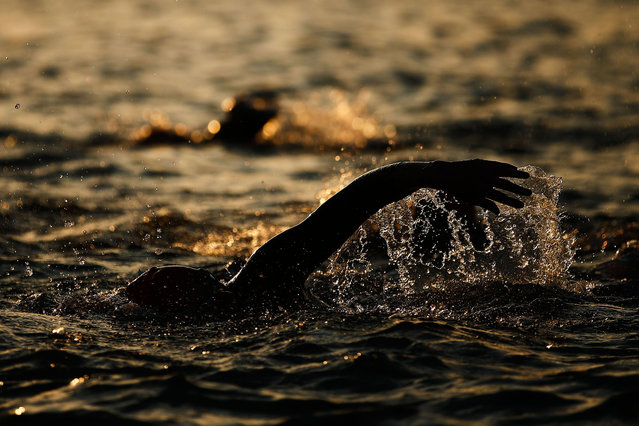 Athletes compete in the swim leg of Ironman Mallorca, Spain on October 16, 2021. (Photo by Eric Alonso/Getty Images for Ironman) 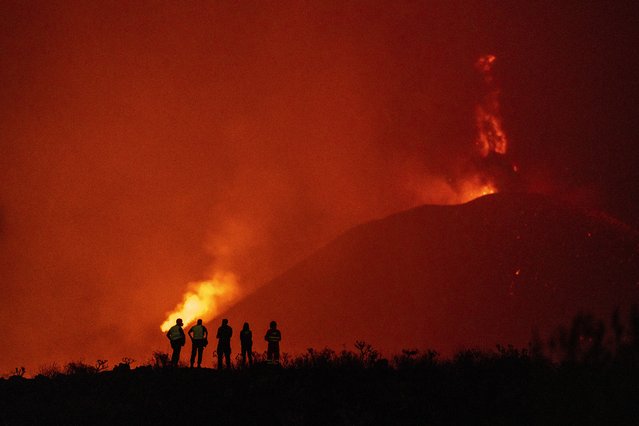 Police officers and emergency personnel look as lava flows from a volcano as it continues to erupt on the Canary island of La Palma, Spain, Tuesday, November 2, 2021. A volcano on the Spanish island of La Palma that has been erupting for six weeks has spewed more ash from its main mouth a day after producing its strongest earthquake to date. (Photo by Emilio Morenatti/AP Photo) 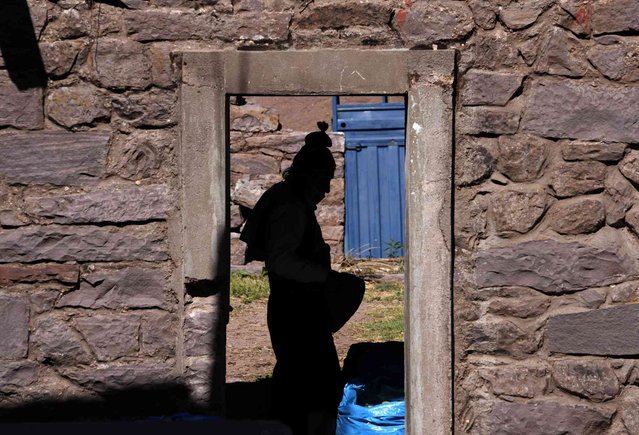 A resident is silhouetted inside the courtyard of his home, in the Taquile Island of Puno, Peru, Saturday, October 30, 2021. (Photo by Martin Mejia/AP Photo) 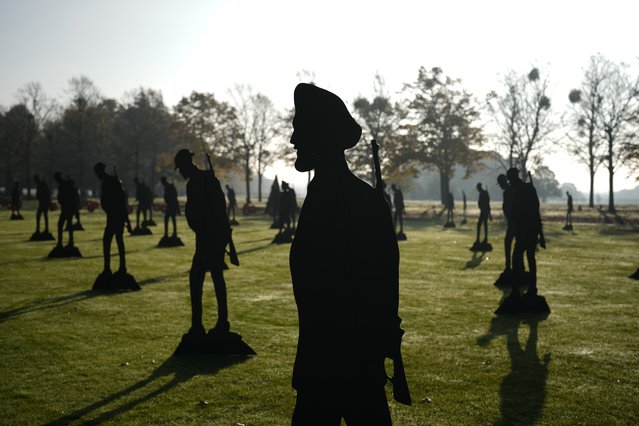 A new outdoor remembrance display, including 25 newly commissioned near-life-sized silhouettes of Indian soldiers from World War I stood alongside 100 British “Tommy” soldiers, is displayed at Hampton Court Palace, in south west London, Wednesday, November 3, 2021. The display created as part of the “Standing with Giants” project is to represent almost 1800 Indian soldiers who sailed to Britain in 1919 to take part in the World War I peace parade in London and were encamped on the grounds of Hampton Court for the duration of their stay. (Photo by Matt Dunham/AP Photo) 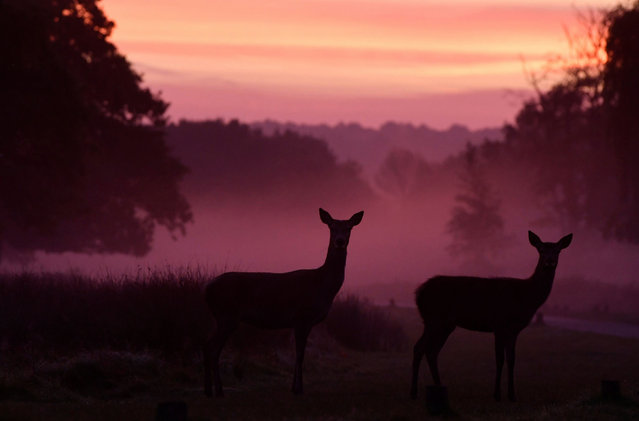 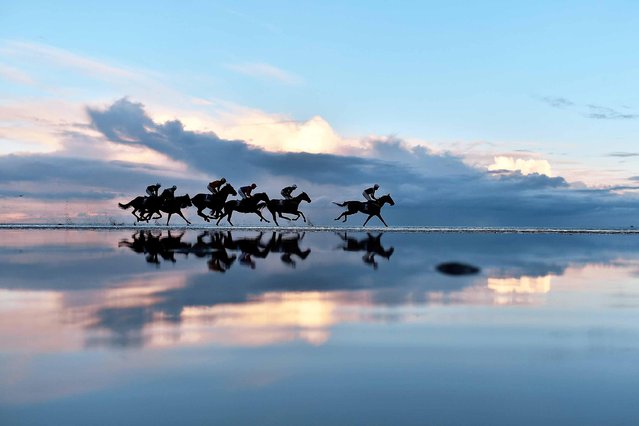 Runners and riders compete in race 6 during the annual one-day Laytown races held on the beach under official horse racing turf club rules, which has returned after being cancelled for the past two years due to the coronavirus disease (COVID-19), in Laytown, Ireland, November 1, 2021. (Photo by Clodagh Kilcoyne/Reuters) 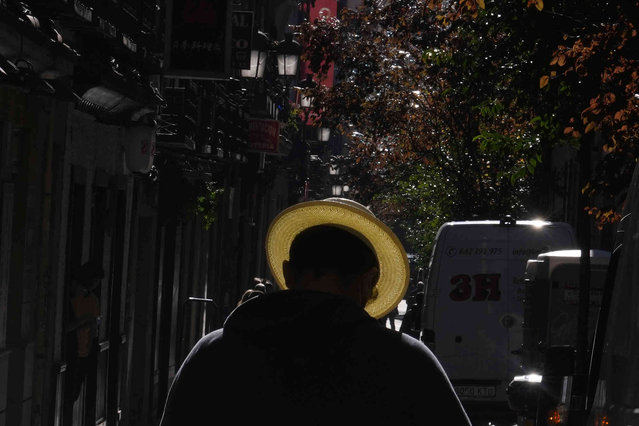 A man walks along a narrow street on a sunny morning in Madrid, Spain, Saturday, November 13, 2021. (Photo by Paul White/AP Photo) 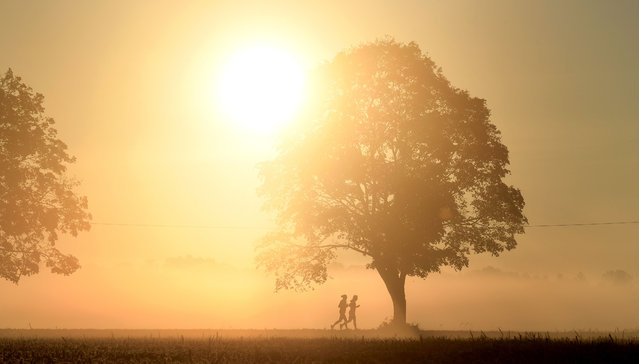 Joggers run through the fog hanging over harvested fields as sun rises in the village of Puchheim, southern Germany, on a foggy cold autumn morning with temperatures by three degrees Celsius on October 27, 2021. (Photo by Christof Stache/AFP Photo) 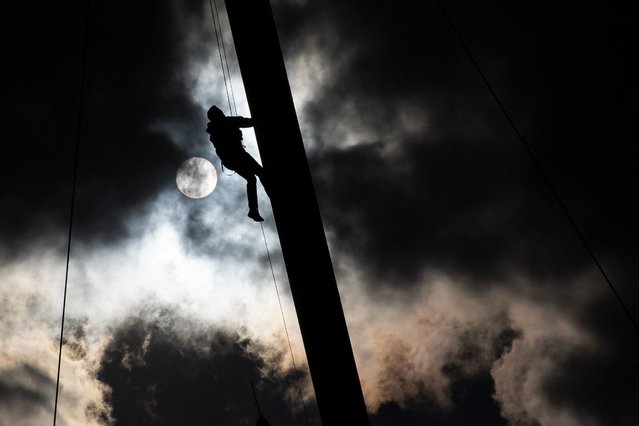 A man climbs on the mast of the Banque Populaire Ultim multihull two days prior to take the start of the Transat Jacques Vabre. The “Transat Jacques Vabre” pair sailing race from Le Havre to Fort-de-France will start on November 7, 2021. (Photo by Loic Venance/AFP Photo) 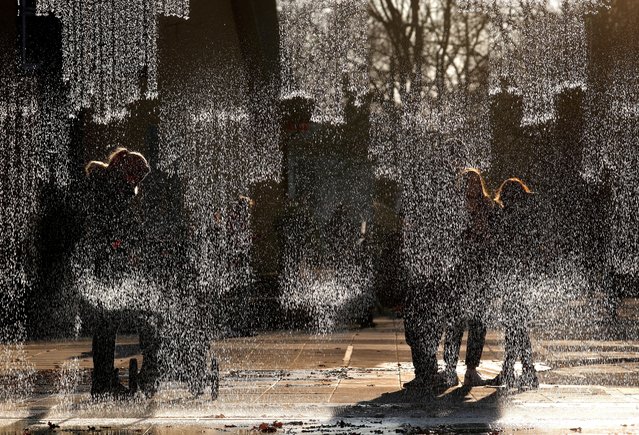