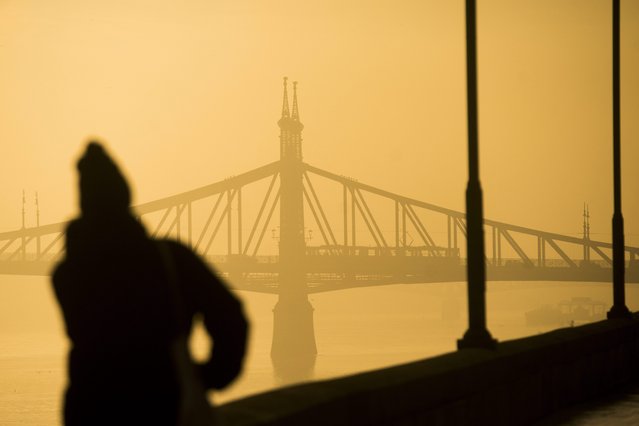 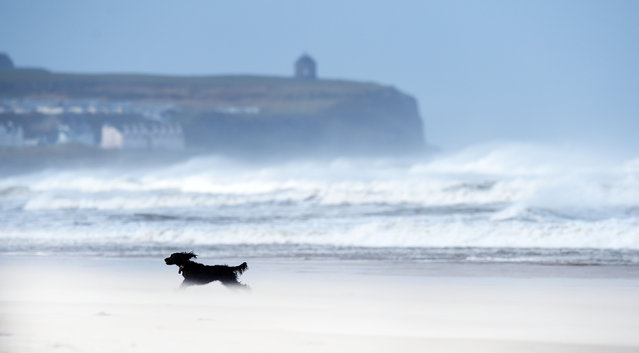 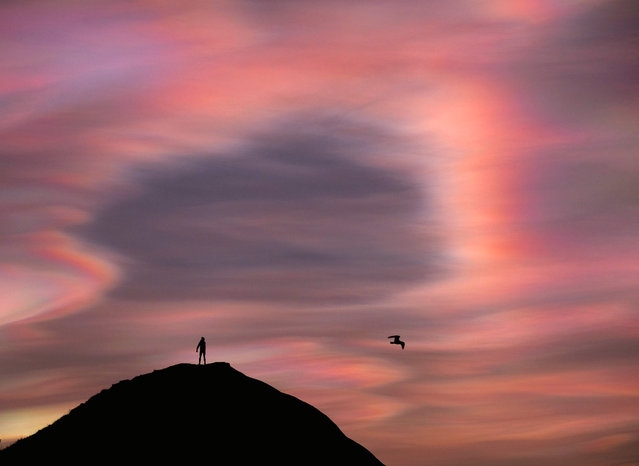 A man stands on top of a hill as ice particle iridescence is seen in high-level Nacreous clouds on February 02, 2016 in Saltburn-by-the-Sea, England. The rare effect is caused by the diffraction of sunlight in the ice crystals that form the Nacreous clouds at high altitudes. (Photo by Ian Forsyth/Getty Images) 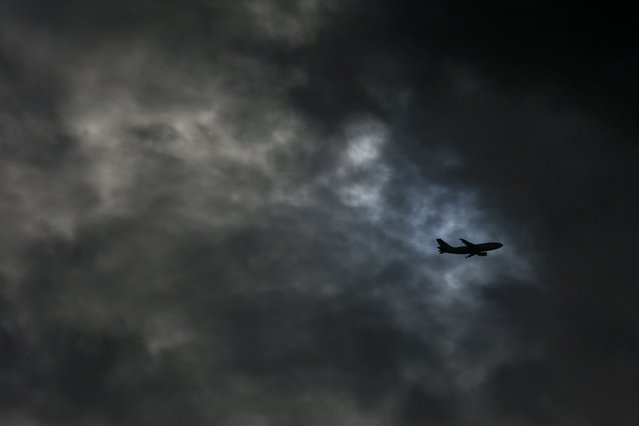 An aircraft is silhouetted against the grey sky as it flies over London, Britain January 26, 2016. (Photo by Stefan Wermuth/Reuters) 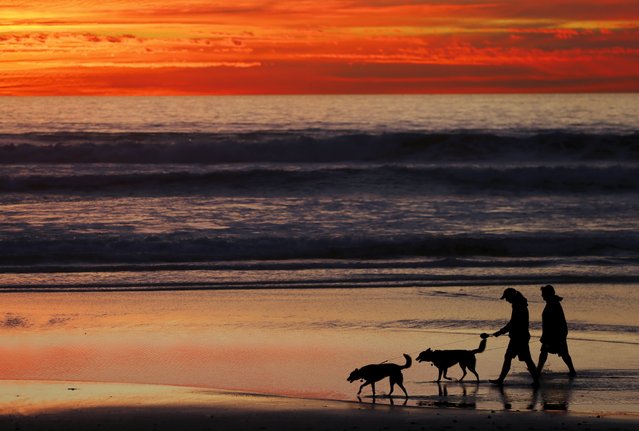 People walk their dogs along the beach after sunset in Cardiff, California January 27, 2016. (Photo by Mike Blake/Reuters) 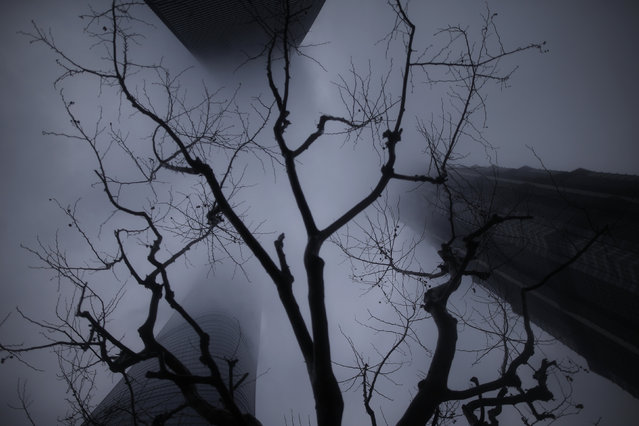 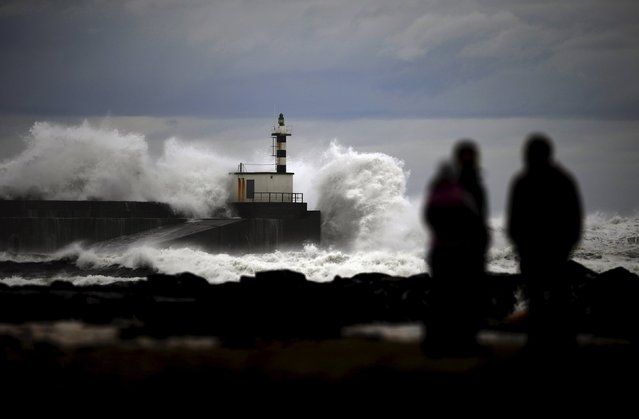 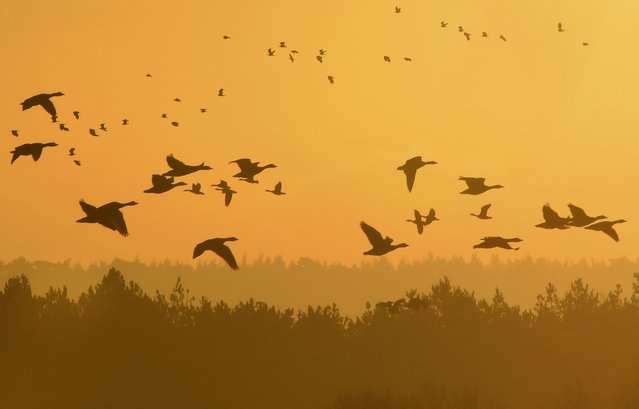 Flocks of geese fly at dawn along the coastline of The Wash near Snettisham in east Britain, February 12, 2016. (Photo by Toby Melville/Reuters) 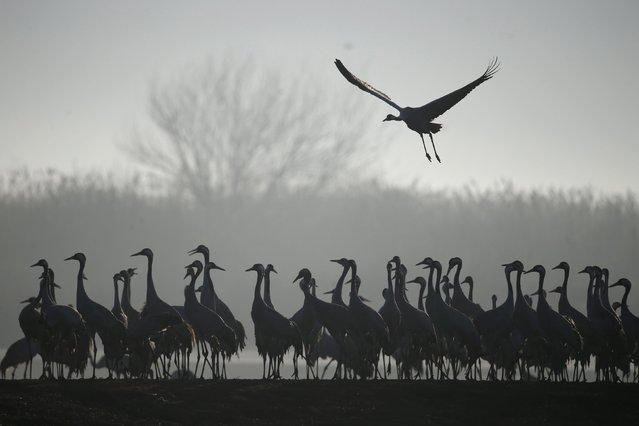 Migrating cranes stand as another comes to land at the Hula Lake Ornithology and Nature Park in northern Israel February 14, 2016. The Hula Valley is a stopping point for hundreds of species of birds along their migration route between the northern and southern hemispheres and during the cold season it becomes one of the largest concentrations of cranes in the world, a spokeperson for the Jewish National Fund said. (Photo by Baz Ratner/Reuters) 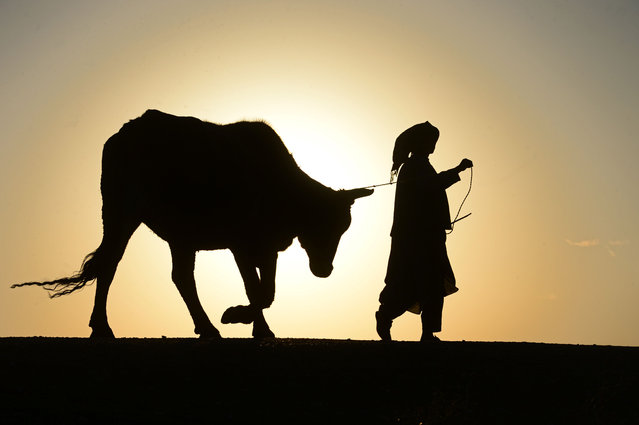 In this photograph taken on January 27, 2016 an Afghan man walks with his cow during sunset in Herat. (Photo by Aref Karimi/AFP Photo) 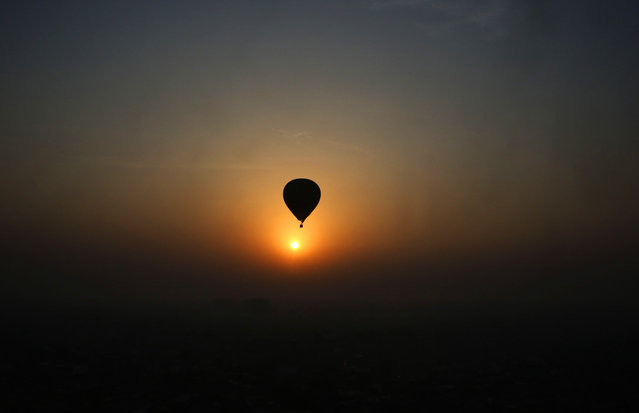 A hot air balloon flies against a sun rise during Lucknow balloon festival in Lucknow, India, Monday, February 15, 2016. The three-day festival is to boost the tourism and generate more employment opportunities in the state of Uttar Pradesh. (Photo by Rajesh Kumar Singh/AP Photo) 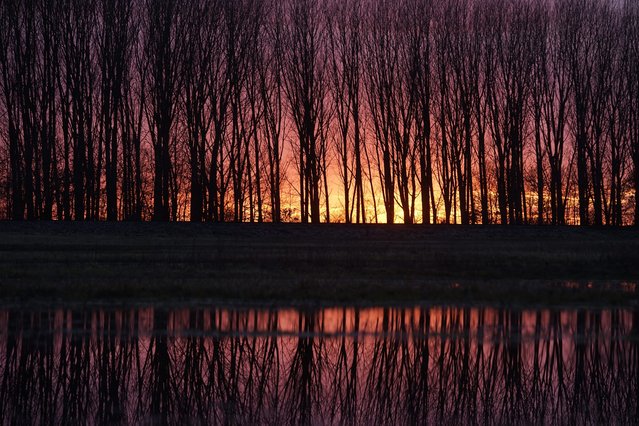 Trees are reflected by excess water covering an agricultural land during sunset in the vicinity of Hosszupalyi, 235 kms east of Budapest, Hungary, 11 February 2016. Large areas are waterlogged in the region because of rainy weather. (Photo by Zoltan Balogh/EPA) 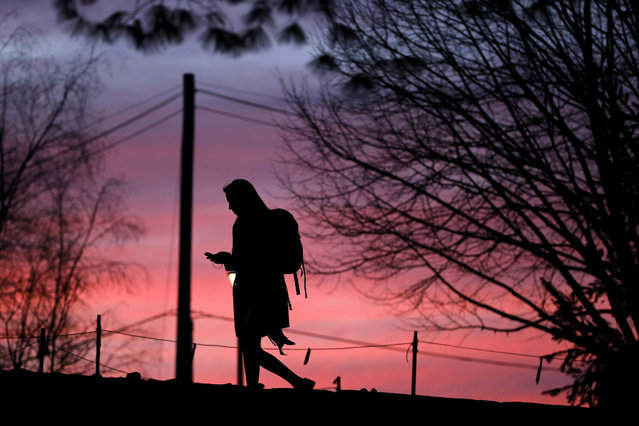 A University of New Hampshire student walks across campus as the sun sets Thursday, February 4, 2016, in Durham, N.H. (Photo by Matt Rourke/AP Photo) 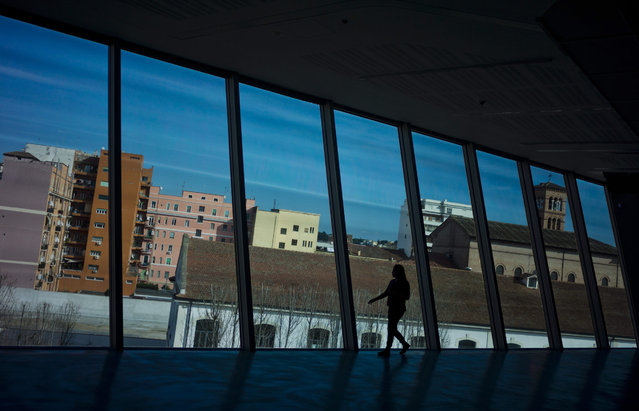 A woman walks by a window wall of the MAXXI National Museum of the 20th Century Arts overlooking a residential district in Rome, Saturday, February 6, 2016. (Photo by Domenico Stinellis/AP Photo) 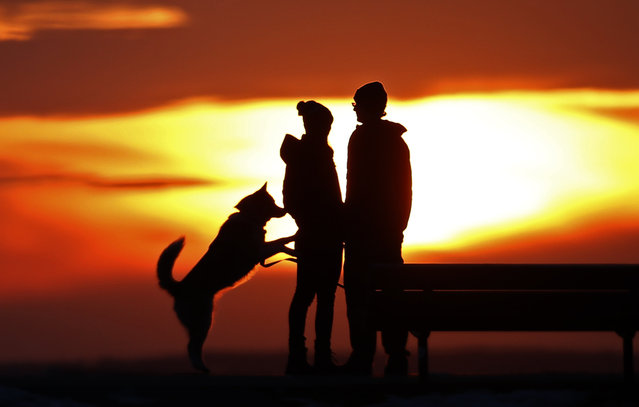 A couple pauses to take in the view of a colorful sunset while walking their dog in a park, Thursday, January 28, 2016, in Portland, Maine. (Photo by Robert F. Bukaty/AP Photo) 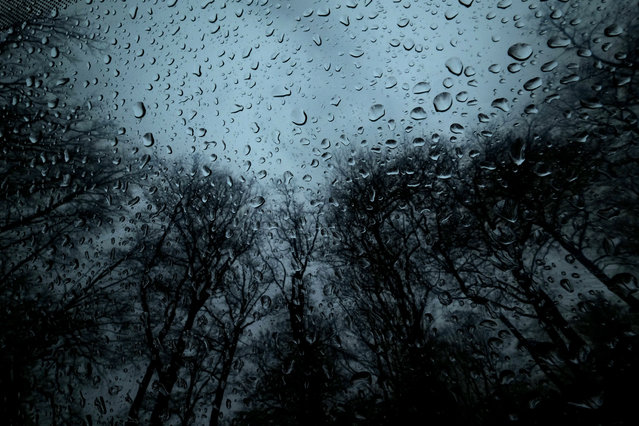 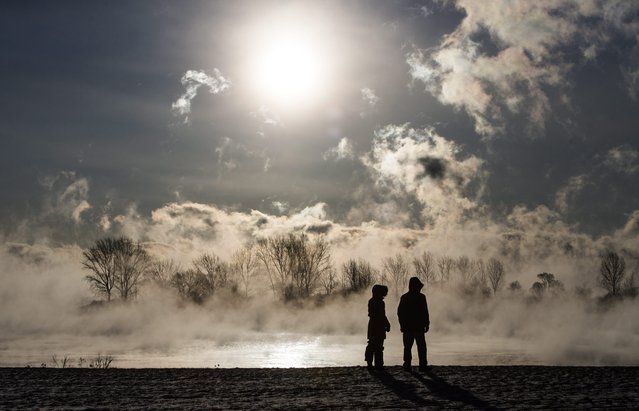 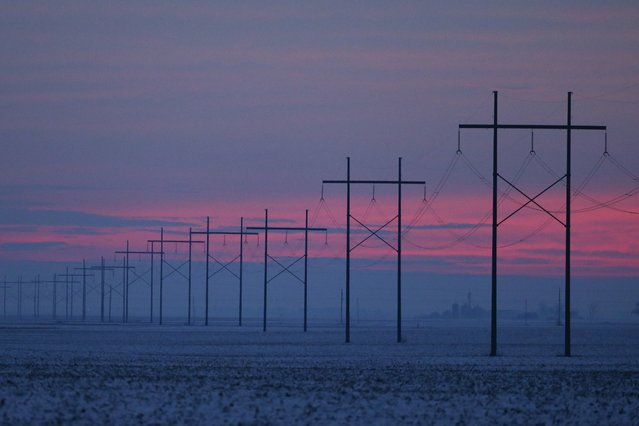 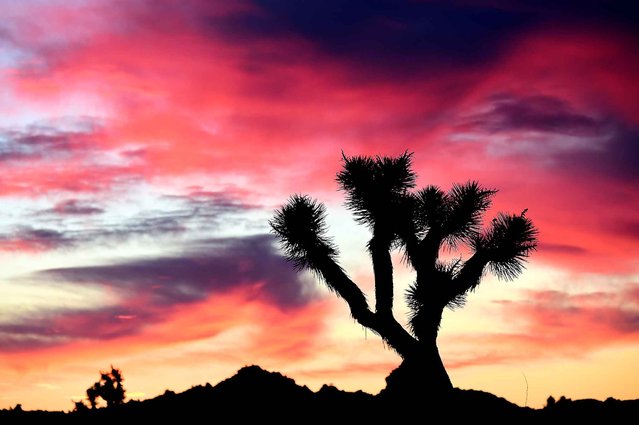 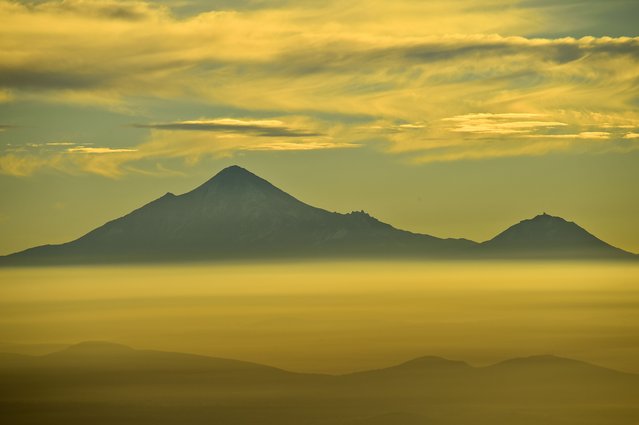 View of the Pico de Orizaba volcano at dawn, from the Izta-Popo National Park, in the central Mexican state of Puebla, on February 1, 2016. (Photo by Ronaldo Schemidt/AFP Photo) 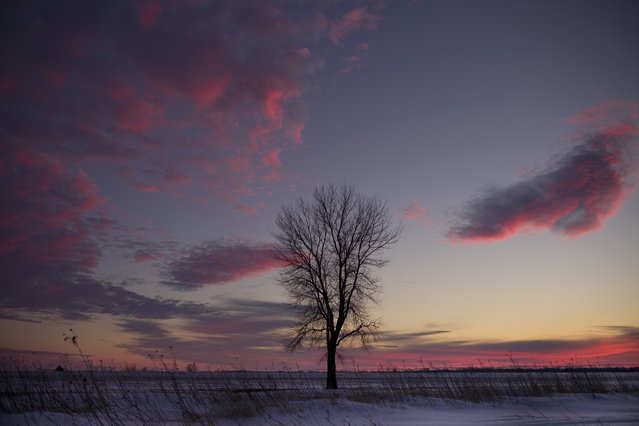