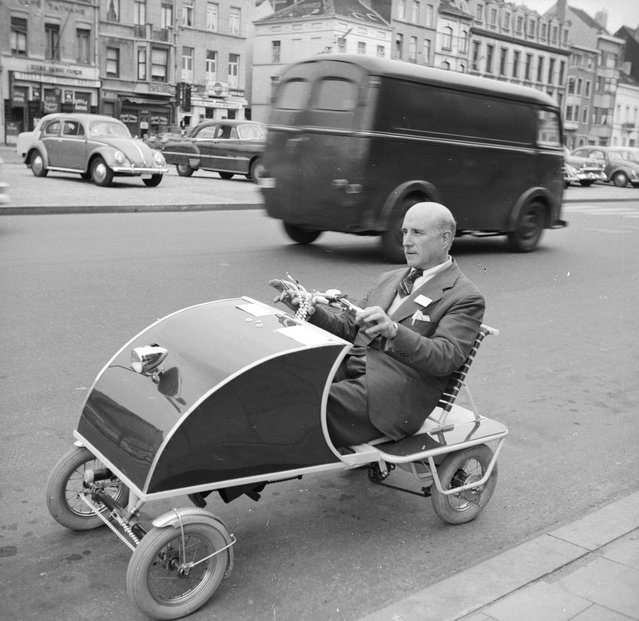 Fernando Ruiz Luciarte driving his invention, the Oto-Pedal, through the streets of Paris, July 1958. The car, specially designed for elderly people, is modelled on the child's pedal car and travels at a speed of 25 miles per hour. (Photo by Karel Berg/BIPs) 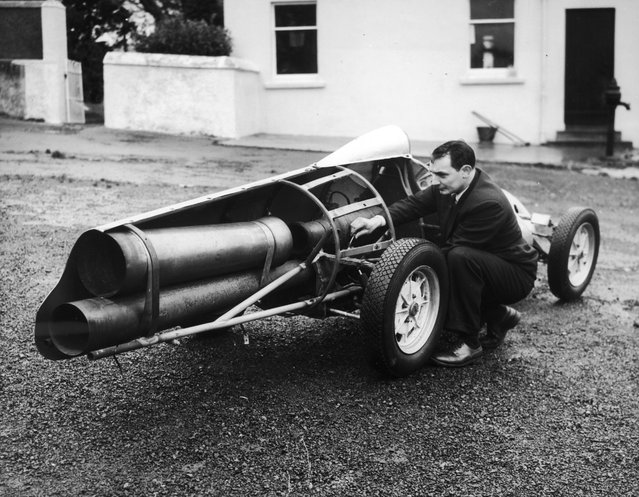 Mr. J. L. M. Meikle, a member of the 500 Motor Racing Club of Ireland at his him in Bangor, Wales, with a jet-propelled racing car that he has built. 10th January 1957 (Photo by MacMullan/Fox Photos) 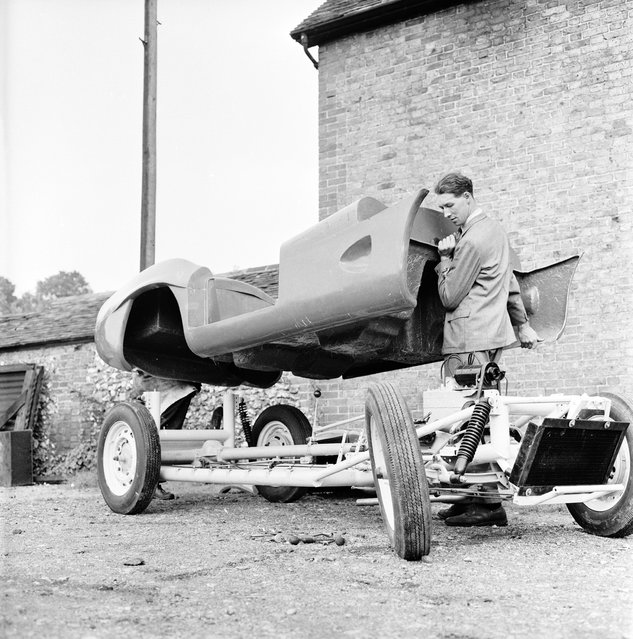 Fixing the laminated fibreglass body onto the chassis of the new streamlined kit-car designed by engineers Anthony Bullen and Bill Woodhouse, September 1958. (Photo by BIPS) 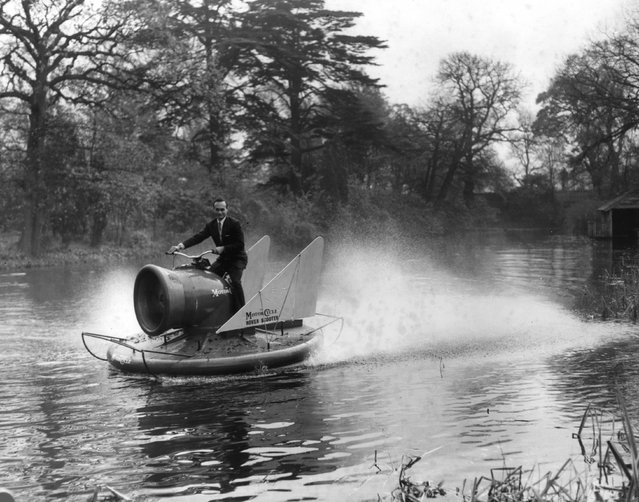 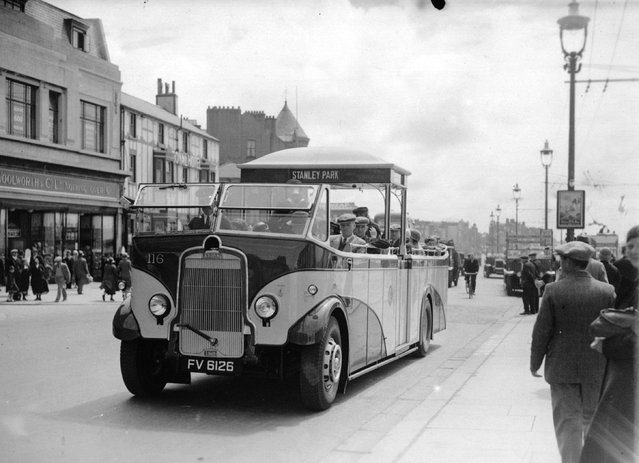 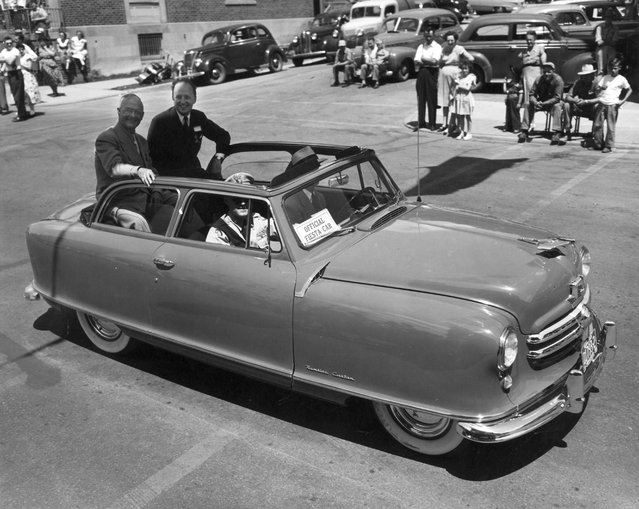 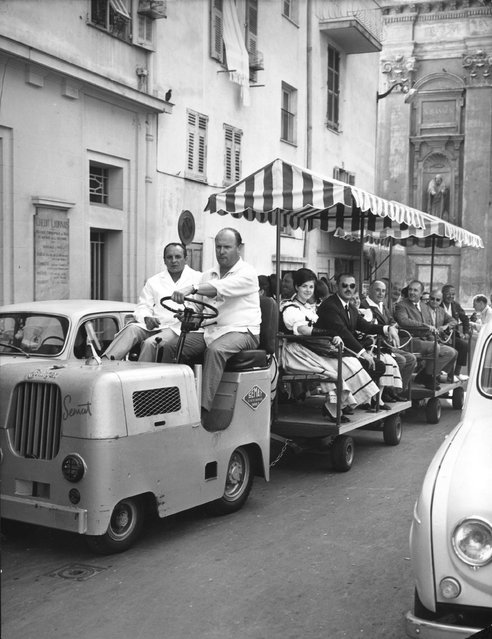 A mini-tram taking sightseers through the old town of Nice, August 1966. (Photo by Keystone) 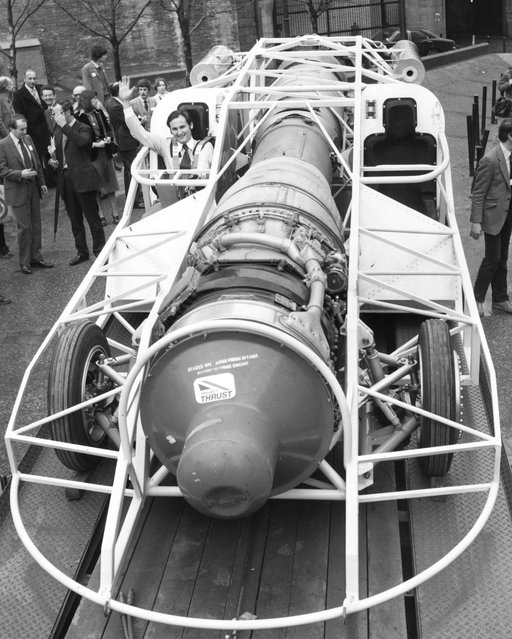 Driver and project leader Richard Noble at Tower Bridge, London, behind the wheel of the 60% complete jet car Thrust 2, in which he hopes to challenge the UK land speed record in the summer of 1980. The car is powered by a Rollys-Royce Avon jet engine, is 27 ft long, weighs 3 tons, has 2700 hp and can accelerate to 600 mph in 23 seconds, with a top speed of 650 mph. 6th December 1979 (Photo by Keystone) 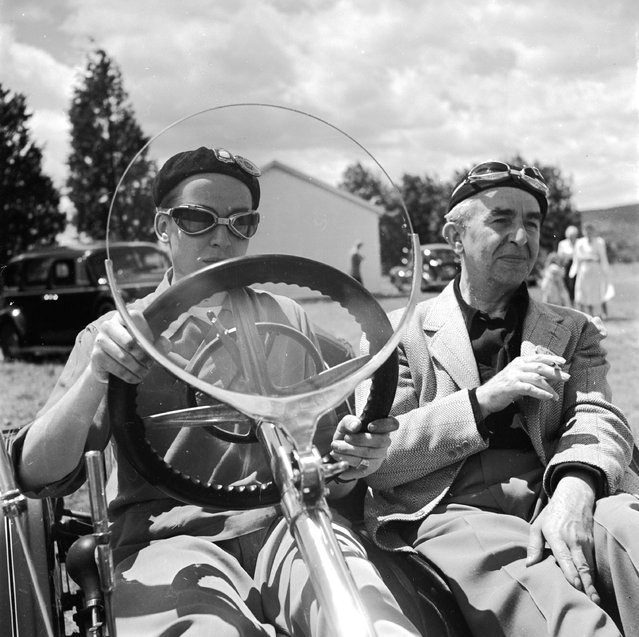 At the 50th anniversary of the Hartford Automobile Club a 1914 Mercer with an economical wind screen, looking like a large magnifying glass, designed to offer minimum wind resistance. Brass is used instead of chrome for the “shiny” parts, circa 1955. (Photo by Three Lions) 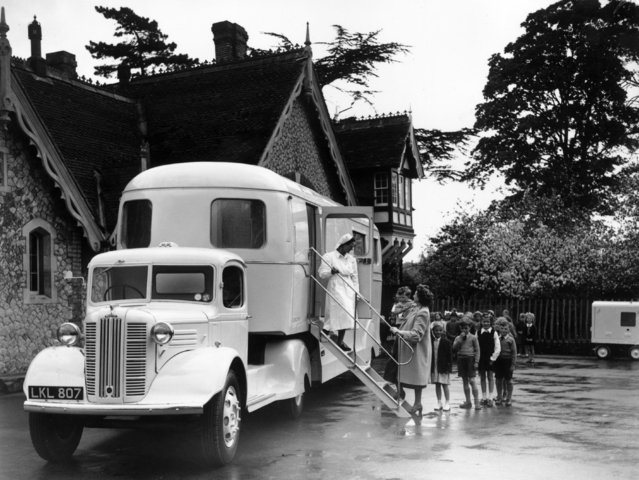 Children at Aylesford entering a mobile dentist and clinic, built for the Kent County Council's school health service for use in areas where village halls and other public buildings are unsuitable. 27th April 1949 (Photo by Topical Press Agency) 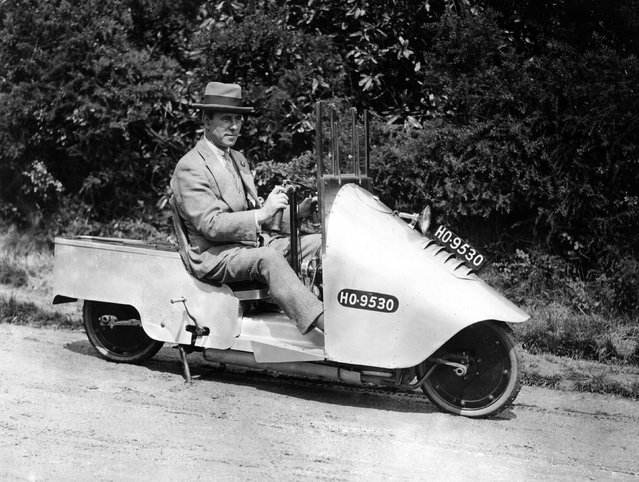 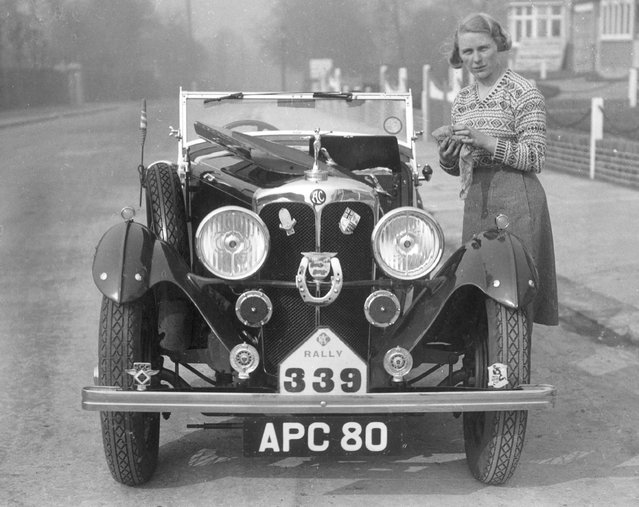 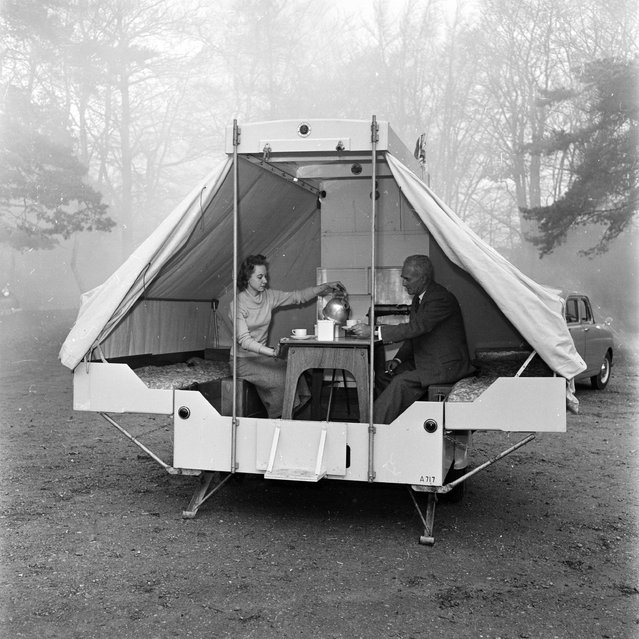 Designed for comfort the Bedouin B collapsible caravan converts from a compact trailer into a spacious home for two in four minutes flat, December 1956. (Photo by Harry Kerr/BIPs) 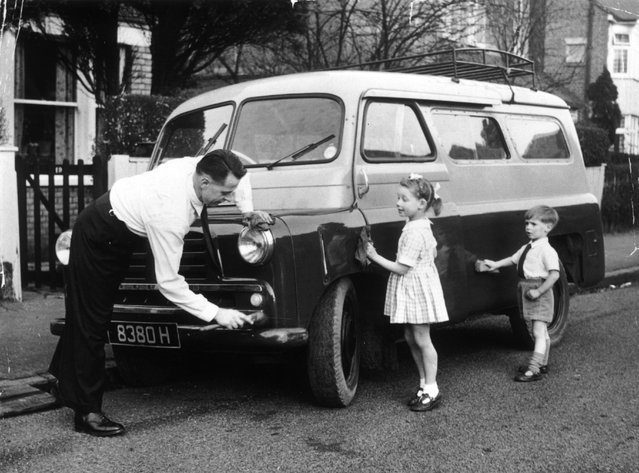 1968, Outside his home, Dennis Uttley polishes the van he bought in order to take groups of deaf children on outings. Helping him are his own two children, Andrew and Jean. (Photo by John Drysdale/Keystone) 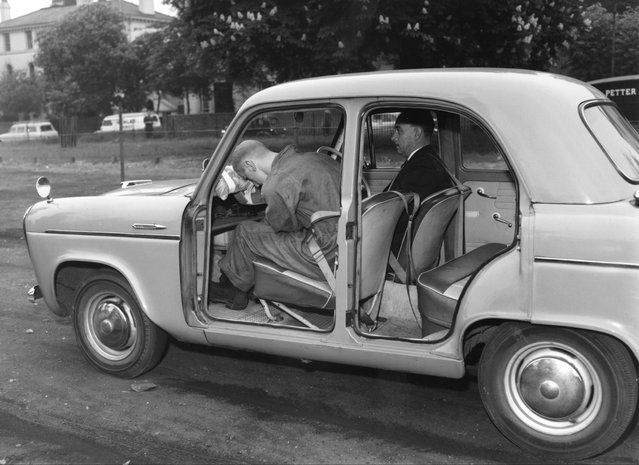 A demonstration of the efficacy of seatbelts in preventing injuries, at the Gloucester Slips in Regent's Park, London, 18th May 1960. An emergency brake causes a dummy passenger with no sash seatbelt to hurtle forward and crack his head on the dashboard. (Photo by William Vanderson/Fox Photos/Hulton Archive)
Edit Del
28 Sep 2012 10:56:00, post received 0 comments
Publication archive:
←   →
Popular tags:
All tags
Last searches: